The countdown to the 2022 World Cup: Education City and Khalifa International Stadiums, two facilities in the middle of the desert in Al Rayyan Our look at the stadiums hosting the 2022 FIFA World Cup from November 20 through December 18 continues with part two. In the first article, we looked at the immense Lusail Iconic Stadium and the two facilities in the capital city of Doha, Al Thumama and Stadium 974. This time the focus is on Al Rayyan, a city surrounded by the desert with a population of almost 300 thousand near Doha that came into being as recently as 1972. There are two stadiums here: Education City and International Khalifa.

>>> Read the article dedicated to Lusail Iconic Stadium, the largest in the country, and the two facilities in Doha: Al Thumama Stadium and Stadium 974 Education City Stadium, which seats 45,350, was inaugurated in 2020, although the original plan was to use it as the venue for two matches of the FIFA Club World Cup in 2019. The official opening took place during a virtual event to honor the healthcare workers who put their lives on the line during the worst period of the Covid-19 pandemic. The stadium has been designed by Fenwick Iribarren Architects, who designed also Stadium 974 in Doha, together with BDP Pattern.

Education City Stadium is so named because the stadium is part of a sprawling education complex that attracts students and academics from the Arab world and beyond. This education city has several universities and state-of-the-art research centers, all of which express the vision and talent for innovation of their respective architects. The stadium itself is quite unusual, with a triangular mesh façade that combines modern tastes with Islamic tradition. Together, these triangles form diamond-like figures whose colors change according to the viewing angle and sunlight. At night, however, fans will be offered an artificial light show that lights up the entire façade. Education City is a permanent stadium. Once the World Cup has ended, it will be kept in its current form for future events, becoming a sports hub for the community of Al Rayyan. Very much state-of-the-art and decidedly green, the stadium has a five-star GSAS (Global Sustainability Assessment System) rating.

>>> Manchester City is set to become the first football stadium in the metaverse. The English club, in partnership with Sony, is working on creating a virtual version of Etihad Stadium 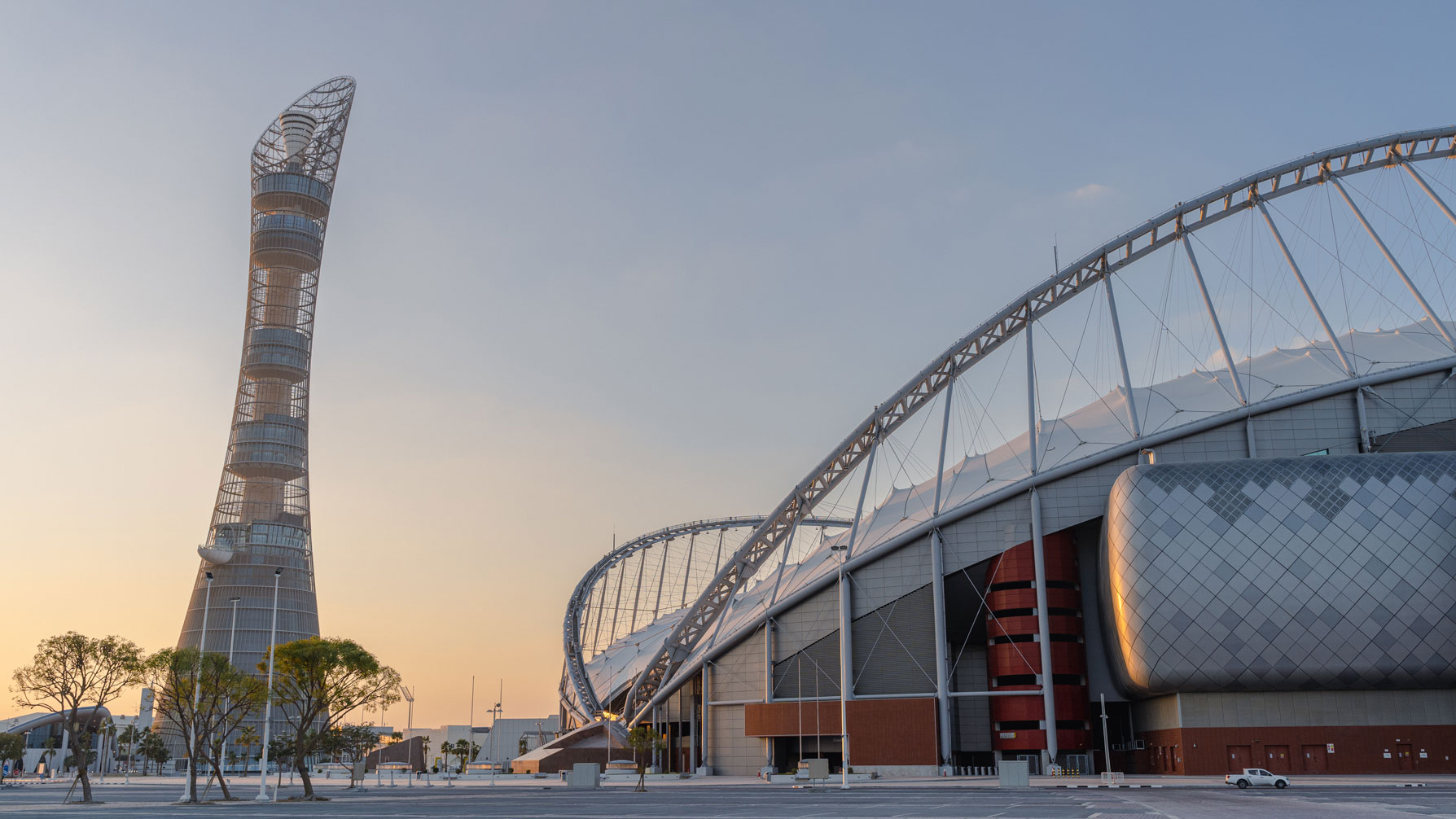 Inaugurated in 1976 and refurbished for the 2006 Asian Games, Khalifa International Stadium is the oldest facility being used for the tournament. It is located in the Aspire Zone sports complex and seats 40 thousand people. The project has been designed by Dar Al-Handasah and Maffeis Engineering. The original plan was to enlarge the stadium for the 2022 World Cup, but it was later decided to leave it untouched, making the Lusail stadium the largest in the country.

Khalifa International is distinguished by its arched structure, a feature of the original design. And while the arches have been left intact, a large canopy has now been added below them. The visual experience inside the stadium is uniquely exciting, partly due to the addition of LED lights to the façade. Finally, the stadium is equipped with a massive air conditioning system that can maintain the most comfortable temperature for both players and fans.