LocHal Public Library in Tilburg, The Netherlands has been declared the World Building of the Year 2019 this evening at the twelfth annual World Architecture Festival (WAF), held in Amsterdam. The scheme was designed by Civic architects (lead architect), Braaksma & Roos Architectenbureau and Inside Outside / Petra Blaisse.
LocHal was a former locomotive hangar dating from 1932, transformed into a public meeting place and new library typology. The library capitalises the existing structure, thereby greatly minimising the amount of new structural elements, while also providing ample opportunity for interaction and the creation of new knowledge. The building houses amenities shared by the library, arts organisations and co-working facilities. In addition to areas for lectures and public events, the building also has a number of ‘labs’ where visitors can learn new skills.
The judges were impressed by the way “this project transformed a significant building which had been planned for demolition” and how “the result has created a physical facility in which a variety of users can meet for multiple purposes. In this sense, the building has become a social condenser”.
The winner was selected by a super jury of luminaries of the global architecture industry – comprising Ben van Berkel, Founder and Principal Architect at UNStudio and Founder of UNSense; Aaron Betsky, President of Frank Lloyd Wright School of Architecture; Anuradha Mathur, Associate at University of Pennsylvania Philadelphia; Murat Tabanlioglu, Founding Partner at Tabanlioglu Architects and Maria Warner Wong, Design Director at WOW Architects & Warner Wong Design.
The World Building of the Year and a host of other top awards were presented this evening at a glamorous gala dinner for over 800 international architects at the Beurs van Berlage, the former stock exchange building dating back to the turn of the 20th century, which is located in the heart of Amsterdam.
The LocHal Public Library is now the twelfth project to claim the illustrious title of World Building of the Year, since its inception at the inaugural World Architecture Festival in Barcelona in 2008. Following four years in Singapore and two years in Berlin, this is the festival’s second year in Amsterdam, where over 2,000 architects from across the globe have convened for three days of debate and discussion.

The Future Project of the Year 2019, which celebrates the best of the world’s architecture that is yet to be completed, was awarded to The Connected City Oberbillwerder designed by Adept and Karres en Brands together with Transsolar, Büro Happold and Kraft. Located between meadows, cultivated farming landscape and the suburban sprawl of Hamburg, the concept outlines a 360 hectare masterplan. Fully built, the development will include a mix of housing (7,000 houses), business (5,000 workplaces), shopping, public buildings and recreational activities. WAF’s Future Project super jury, included Francine Houben, Founding Partner and Creative Director at Mecanoo and Richard Hassell, Founding Director of last year's World Building winning practice WOHA. Judges felt that the project offered a "response of breathtaking competence and imagination" to a "grave problem".

Landscape of the Year 2019 was awarded to Original Design Studio for their project Demonstration Section of Yangpu Riverside Public Space in Shanghai, China. The judges commented that this project “reconnects the city with the waterfront by reusing the material language of this historic site in an innovative way with excellent details”, providing a smart solution while celebrating Shanghai’s industrial riverside heritage. Lao-Ju River Oasis Restoration of Riverfront Ecosystem by Ecoland Planning and Design Corp was also announced as winners of the Landscape Rural category.

The Small Project of the Year was awarded to Studio Link-Arc for their pavilion for children, titled Lokadhatu (The World). Judges highlighted that the design was the "most original", "blurred the boundaries of interior and exterior" and "merged with the environment".

The Best Use of Certified Timber, supported by PEFC, was awarded to iredale pedersen hook architects with Advanced Timber Concepts Studio, for their project Pingelly Recreation and Cultural Centre. Judges expressed that they “were impressed with the efficient and durable timber detailing which delivers comfort and affordability for present and future users”. A high commendation was also awarded to Anna Noguera and Javier Fernandez for their project Turo de la Peira's sports center and layout of the interior urban block.

The Use of Colour Prize, supported by Eastman, went to Archimatika for their project Comfort Town. The project in Kiev, brings colour to an entire 40 hectare suburb of 180 low-rise apartment buildings. JCY Architects and Urban Designers, Cox Architecture and Billard Leece Partnership with HKS were also highly commended for their project, Perth Children's Hospital.

Hopkins Architects received the prize for The Best Use of Natural Light, supported by VELUX, for their project Smith Campus Center, Harvard University. Judges felt that the project delivered on multiple levels, with "blurred boundaries of interior and exterior", creating “a seamless mixture of public and private spaces that sensitively enhance an iconic development”.
Additional prizes also included the inaugural Visualisation Prize supported by Lumion, won by ATRIUM for their render of SAKHA_Z — Park for the Future Generations, and the Engineering Prize supported by EdgeAllies, won by SUP Atelier for the Swirling Cloud: Bulletin Pavilion for BJFU Garden Festival.

During this year’s festival, the Amsterdam Prize supported by Kreon was presented to GG-loop for their project Freebooter on day one, following a series of city tours of the shortlisted projects, and last night, Comunal: Taller de Arquitectura were announced as this year’s winners of the Architectural Review Emerging Architecture Award.

Before the festival kicked off Recycle Build was announced as winners of the Water Research Prize supported by GROHE for their initiative in Brazil, Anton Markus Pasing was awarded overall winner of The Architectural Drawing Prize sponsored by William Hare Group.

X-Space | Urban Fabric Regeneration was also announced as the winners of the WAFX prize, supported by GreenCoat®, for their concept project Verform, aiming to create a new "urban living room", based along a 1 km section of the Emirate’s main highway, Sheikh Zayed Road.

This year, shortlisted teams of students from across the world took part in a Student Charrette supported by Rockwool, presenting entries for the brief titled Moving Parts. The winning team was the School of Planning and Architecture (Bhopal, India) for their project, Bridging the Disharmony - A case of Fishing Community, Penthakata Village, Puri, Odisha. Judges highlighted that all six teams “identified very specific conditions where flow was a critical issue”. Students from the University of Liverpool (United Kingdom), also received a Highly Commended prize for their design, A Blueprint For McDonaldLand: Hong Kong McAlley Hand Book.

Alongside the accolades, the annual display of shortlisted entries from The Architectural Photography Awards 2019 supported by STO, was a highlight of the festival hall. This year, the overall winner is Laurian Ghinitoiu with their photograph of The Twist Museum, Kistefos Sculpture Park (Jevnaker, Norway) by BIG - Bjarke Ingels Group. The winning image was entered into the Exterior category, and was also announced during the award’s ceremony.

Judges commented that The World Architecture Festival 2019 had displayed “welcome evidence of serious thinking about environmental and community issues” and “noted the increasing incidents of architecture and landscape integration”.
The festival will reconvene in 2020 at a new location in Lisbon for its 13th edition. 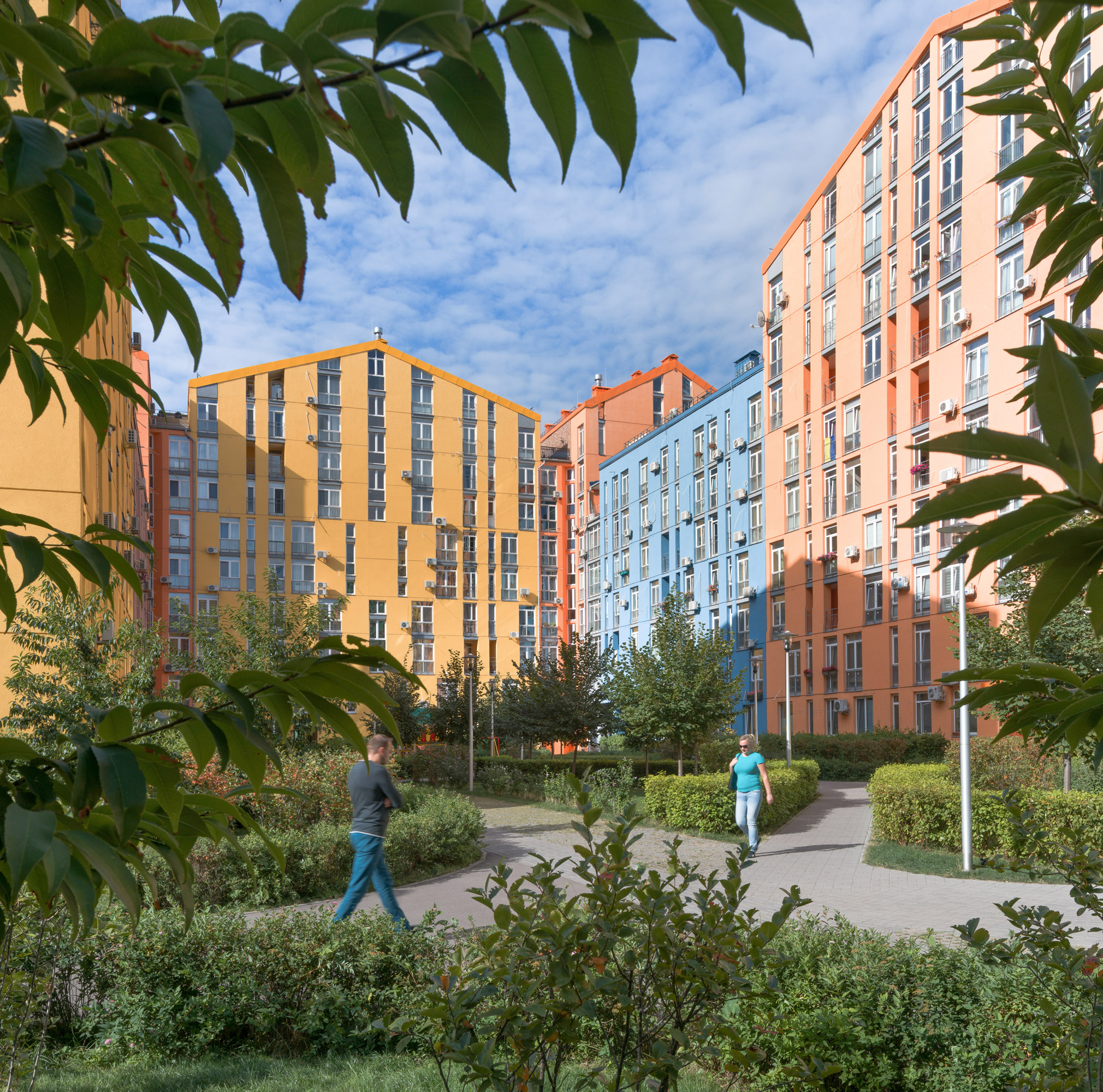 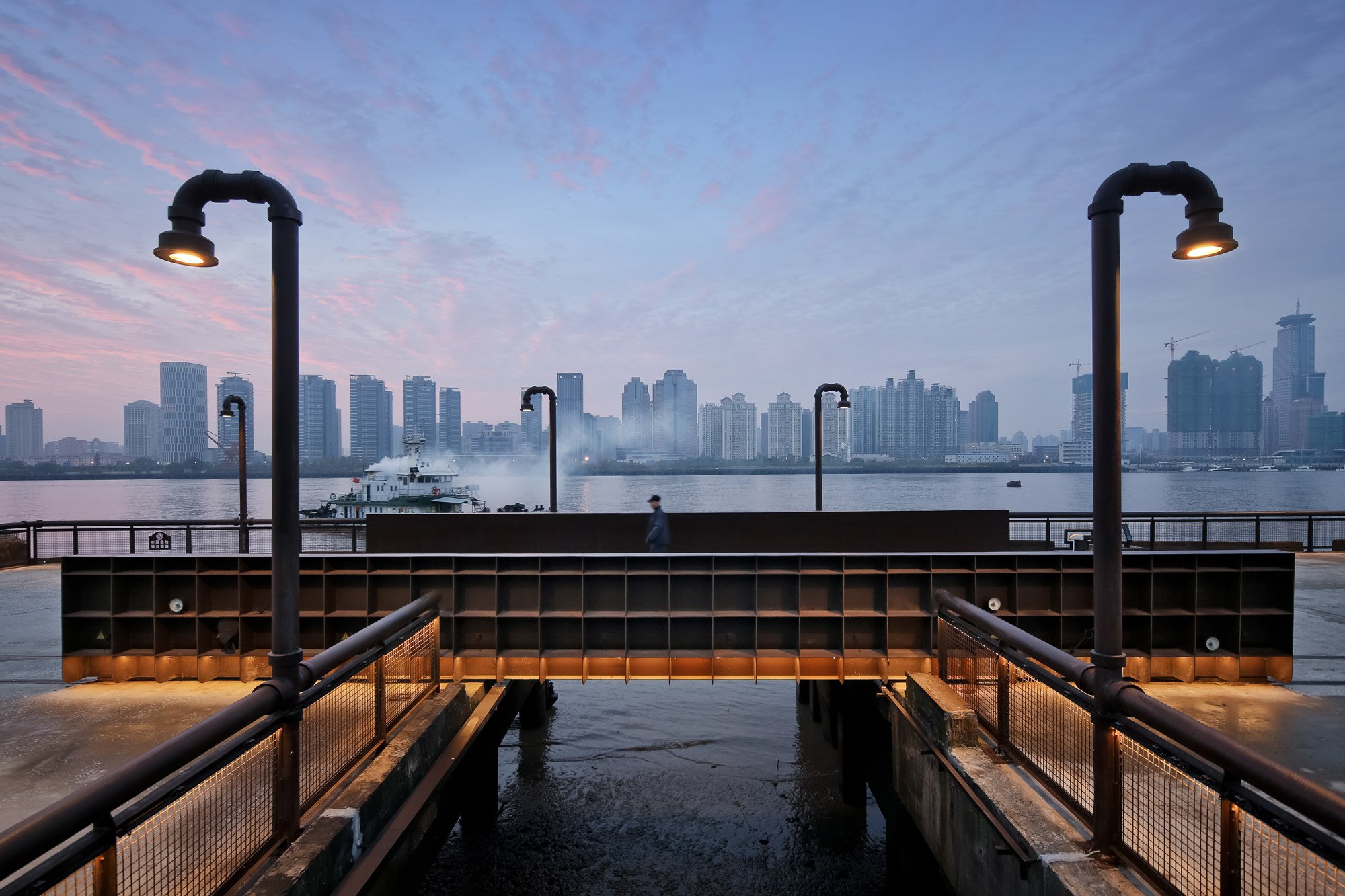 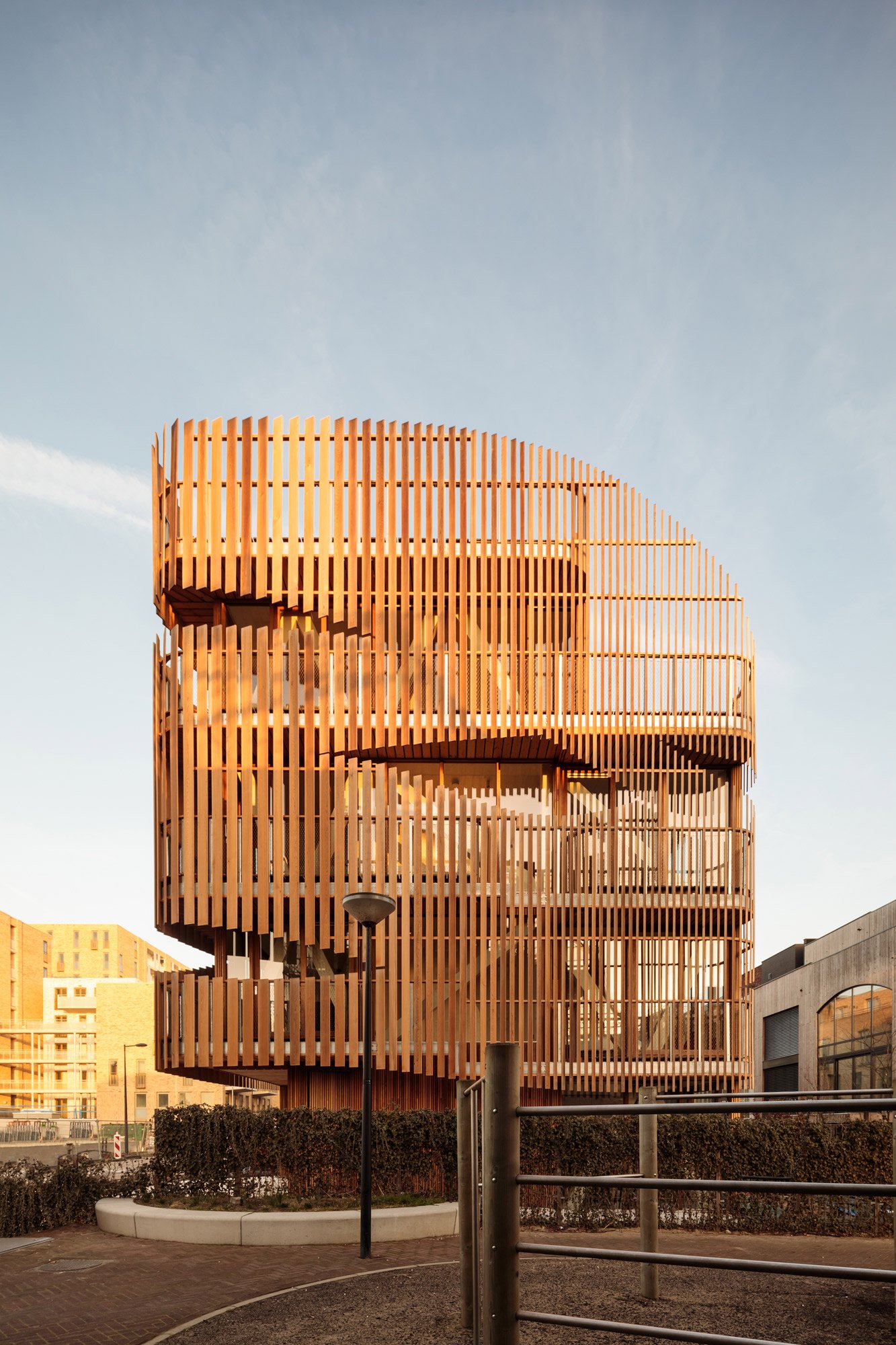 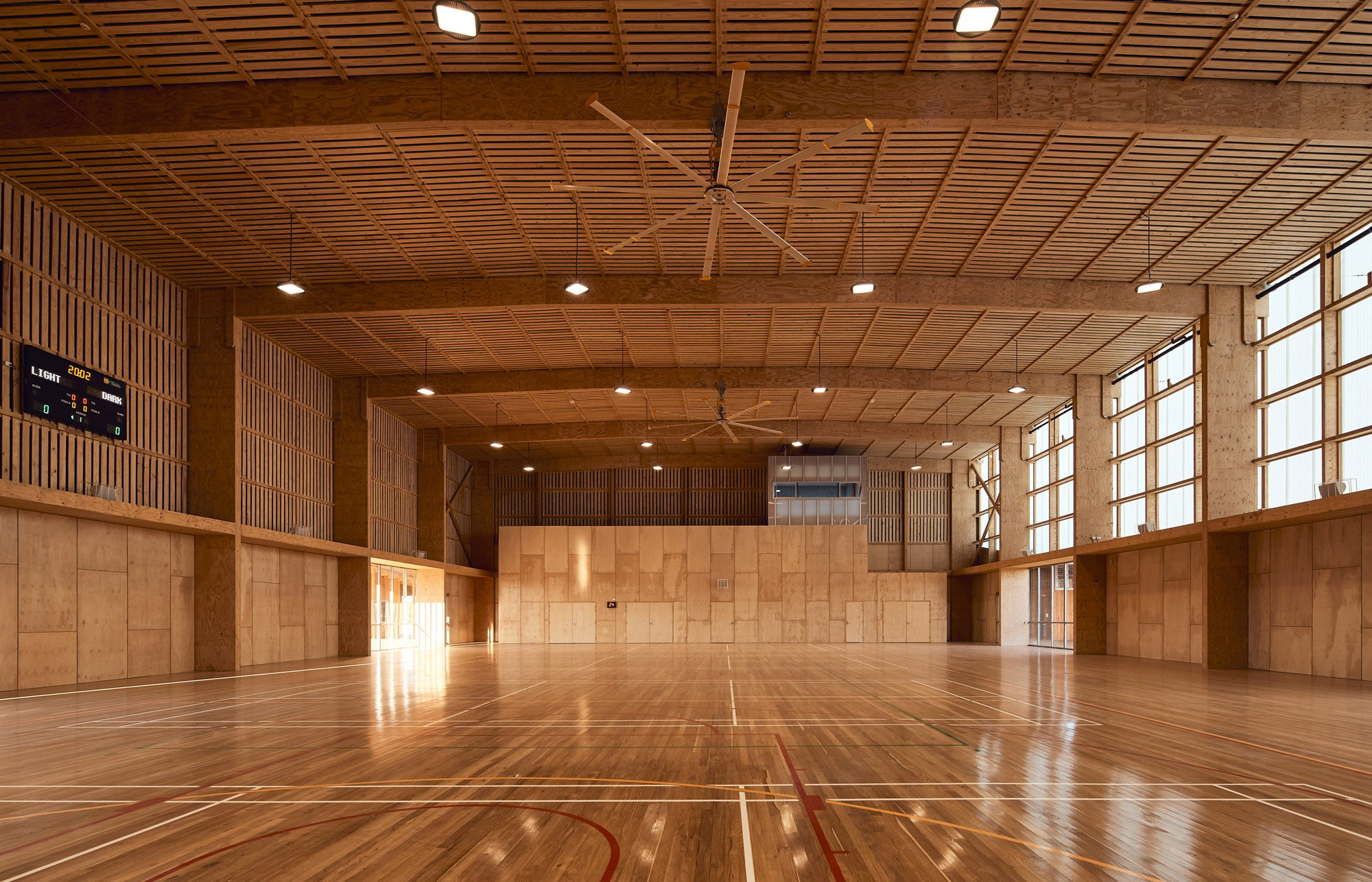 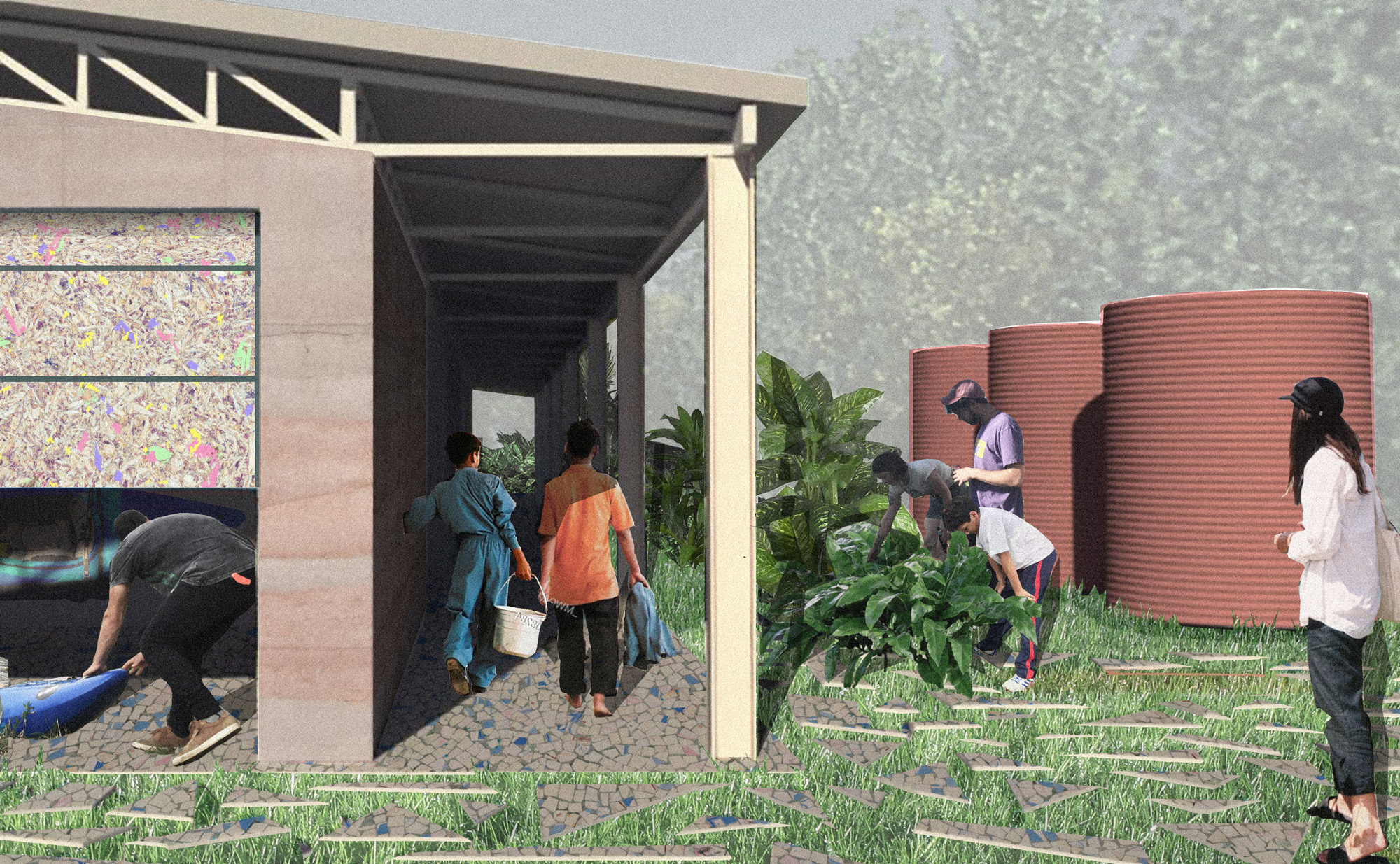 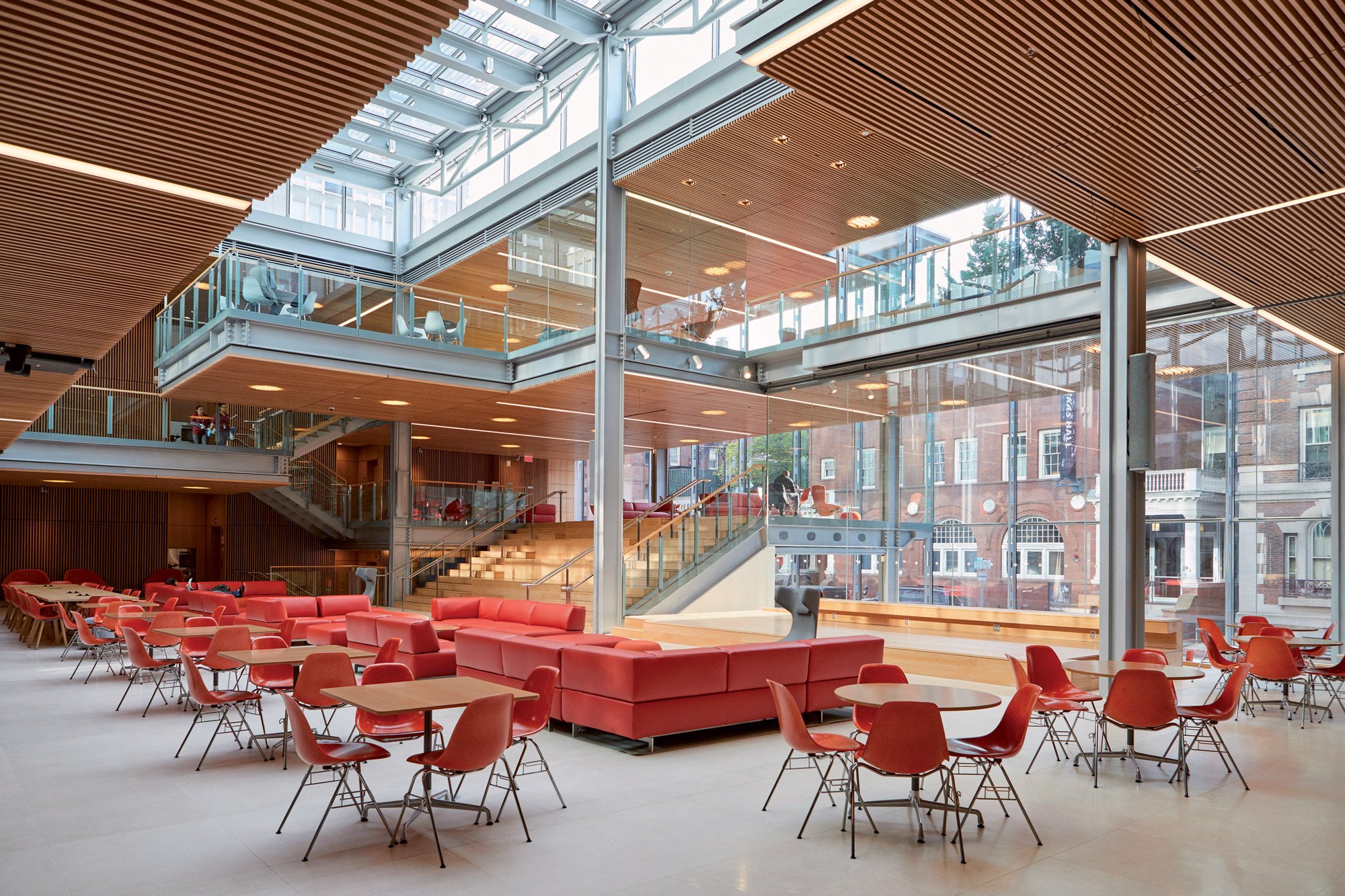