Close to inauguration, the project is the latest chapter in the history of Italian energy company ENI as told by the buildings constructed over the years in a town on the outskirts of Milan 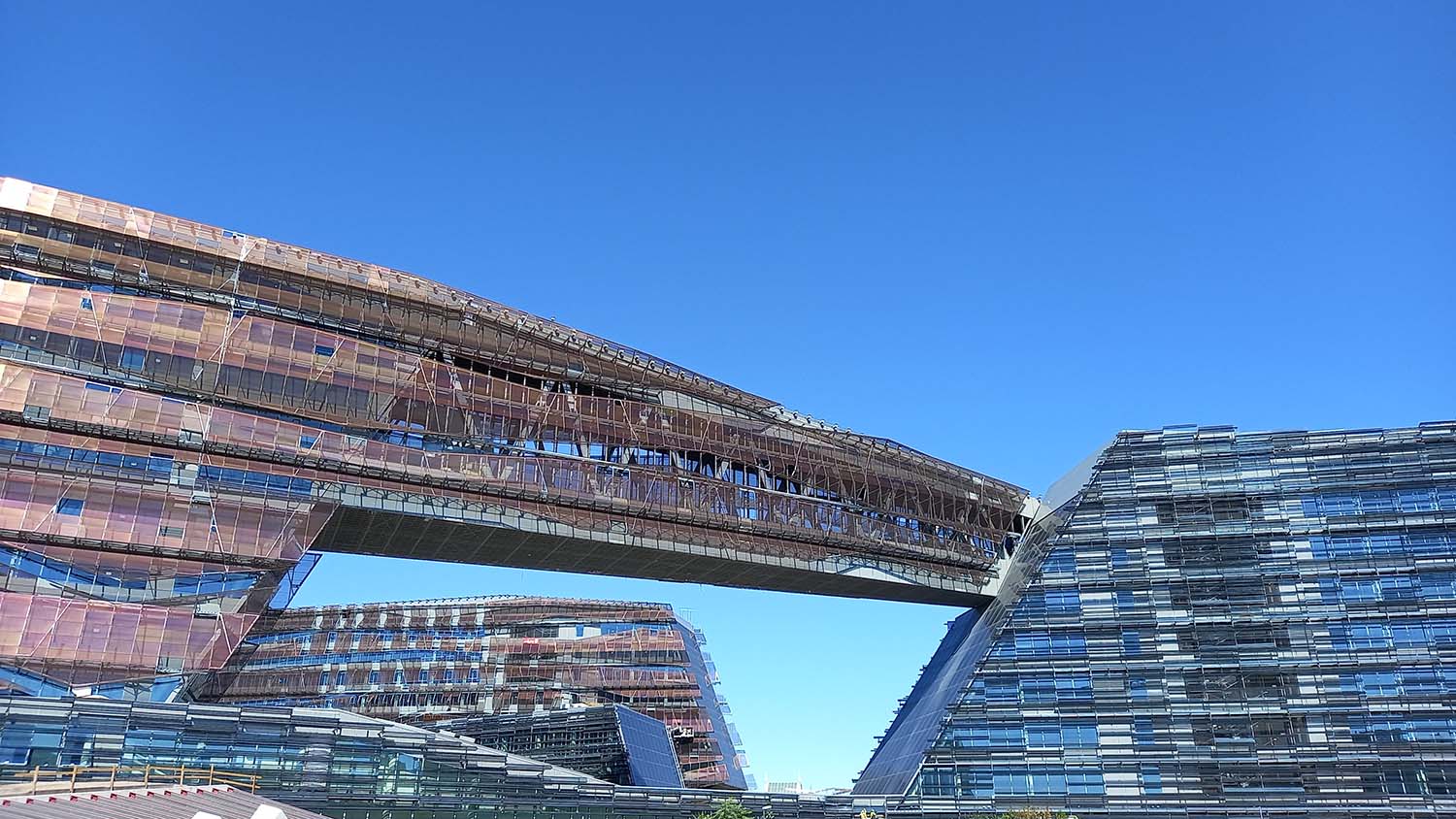 Everything is (almost) ready for the opening of ENI’s new headquarters in San Donato Milanese, with handover scheduled for just a few short months from now. Dubbed VI Palazzo ENI, the building is the latest addition to Metanopoli, the ideal city that Enrico Mattei envisioned in the 1950s, inspired by Olivetti’s Ivrea. Architecture studio Morphosis won the international competition, serving as Lead Architect in partnership with Nemesi, thanks to a project which now joins the geography and history of this industrial town on the outskirts of Milan. With VI Palazzo ENI, the future of Italy’s biggest corporation has a tangible shape, with energy as the driving force behind universal growth, as per Mattei’s vision.

The story of Enrico Mattei’s Metanopoli In early 1952, Enrico Mattei, chairman of the then newly formed ENI (Italian National Fuel Trust), commissioned urban planner Mario Bacciocchi to draft a masterplan for an area in the municipality of San Donato Milanese. The result was a garden city with offices, production facilities, schools, and residential neighborhoods, all designed according to a new urban model. Called Metanopoli, it was designed as a corporate village for employees and managers of the state-owned company. Since then, it has grown with the addition of some very different architecture. In 1955, the first ENI office building appeared. Hexagonal in shape, it was designed by Marcello Nizzoli and Gianmario Oliveri. Then, in 1962, the second building opened, designed by Marco Bacigalupo and Ugo Ratti as a star shape with three arms. In the early seventies, the III Palazzo appeared, the headquarters of ENI subsidiary Snamprogetti, a building characterized by the dark red bands of its cladding. In 1984 the IV Palazzo was added, the headquarters of subsidiary Saipem, with its continuous, austere, and uniform façade. Finally, the fifth office building, with its distinctive green glass façades, was designed by Roberto Gabetti and Aimaro Isola for oil subsidiary Agip in the early nineties. “The first towers built in the area – designed by Bacigalupo and Ratti, among others – were self-referencing monoblocks”, explains Susanna Tradati, associate partner of Nemesi. “Their typology was later abandoned by the Gabetti and Isola design of V Palazzo SNAM, the famous circular building with stepped gardens. Our project for the ENI headquarters continues this evolution, with its liquid form that’s also a metaphor for the transformation of energy from the material to something immaterial”.

>>> Nemesi designed also Palazzo Italia, the Italy Pavilion at Expo 2015. Read the preview of the article, published on THE PLAN 085

VI Palazzo ENI: an innovation campus designed for the future Matanopoli offers an account of ENI’s industrial history, of which the project by Nemesi and Morphosis represents the most recent chapter. The new headquarters was conceived as an innovation campus dedicated to international excellence in energy research and production. Three horizontal towers, independent but interconnected by futuristic elevated walkways, emerge from the ground solid and vibrant, almost radiating into their surroundings like flowing energy as they delineate the large central plaza. The complex, which aims to obtain LEED Gold certification, has 700 thousand square feet (65,000 m2) of floorspace and will house 4600 flexible modular workstations. Outside, metal sunscreens animate a metamorphic system of façades, providing optimum energy performance and controlled of lighting levels inside, while also giving the building a fluid, dynamic appearance. “The project is an unconventional interpretation of the office tower”, says Michele Molè, CEO of Nemesi. “It does away with the idea of a building that’s indifferent to the surrounding landscape for a large architecture-landscape that, by creating a unitary and coherent story, expresses the metamorphosis of materials into energy while interacting with the stratigraphy of the landscape. In this sense, the project injects new life into Enrico Mattei’s vision for Metanopoli and projects it into the future”. Office&Business: progress and innovation in the smart office of tomorrow

We need to leave behind the inflexible, closed offices typical of last century. And perhaps open-space offices, which are overrated and already out of...