Tradition and innovation: tradition as a creative asset in innovative architecture 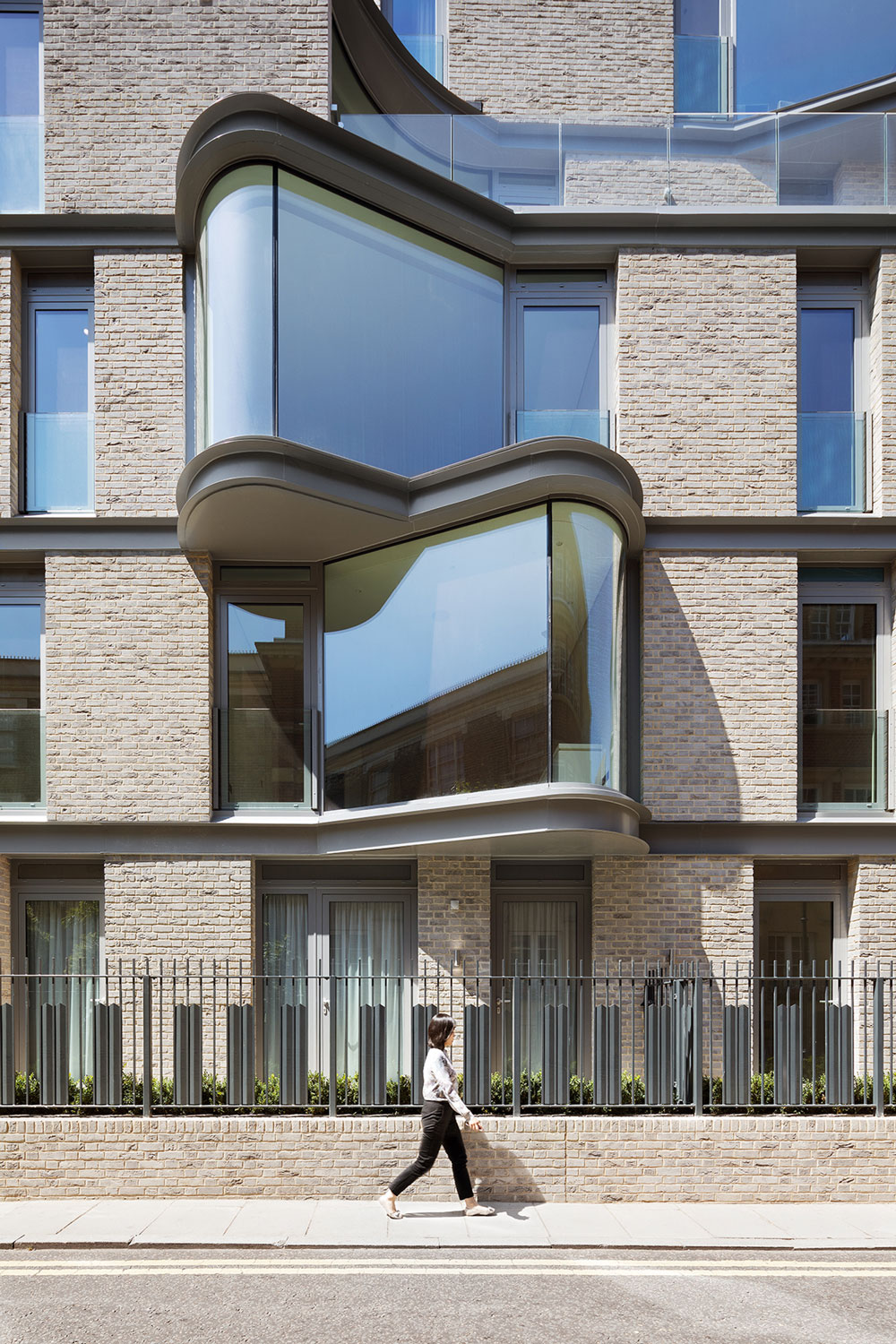 How is a new idea born? Where do we start work on a new project?

There are countless answers to these questions. Sometimes, an idea or a feeling are enough. Other times, deep reflection is what’s needed. Other times again, a careful analysis of the setting brings the best results. There is no definitive or standardized method, because every project is unique, made up of its own particular set of issues, restraints, and peculiarities. The creative beginnings of every project follow a personal and often unrepeatable path, which reflects the identity of the project itself.

This doesn’t mean, though, that it’s not possible to extract ideas or approaches from previous experiences and apply them in new situations. One strategy that has proven to be highly effective, for example, is to use the local building traditions of a site to inform innovation. This has been especially true in recent years, with the natural and existing built environments now key considerations in every project.

Because of the overarching need to rebuild during the post-war period, the trend then was to create new buildings inspired by the modern architectural ideas of the day, without much attention to achieving continuity with existing structures or settings. Today, however, our greater awareness of the environment means that we investigate, flesh out, and emphasize relationships and interconnections that can help root architecture in its setting.

In fact, we are currently seeing growing numbers of projects that go to great lengths to preserve the essence of local building traditions but without sacrificing exceptional levels of innovation in both form and function. Innovation in these cases often lies in the ability of architects to find a new compositional seed that can work with and adapt the sometimes ancient building traditions of the local area.

Tradition doesn’t mean closure or immobility. Quite the opposite. The value of tradition lies in it being open to innovation. Tradition isn’t the opposite of innovation; it’s complementary to it.
Álvaro Siza Álvaro Siza’s architecture represents a meeting point between the Portuguese vernacular tradition and contemporary architectural style. This is particularly true of his early projects. But we find the same kind of dialogue between old and new in his more recent Clay Pavilion, in Puerto Escondido, Mexico. 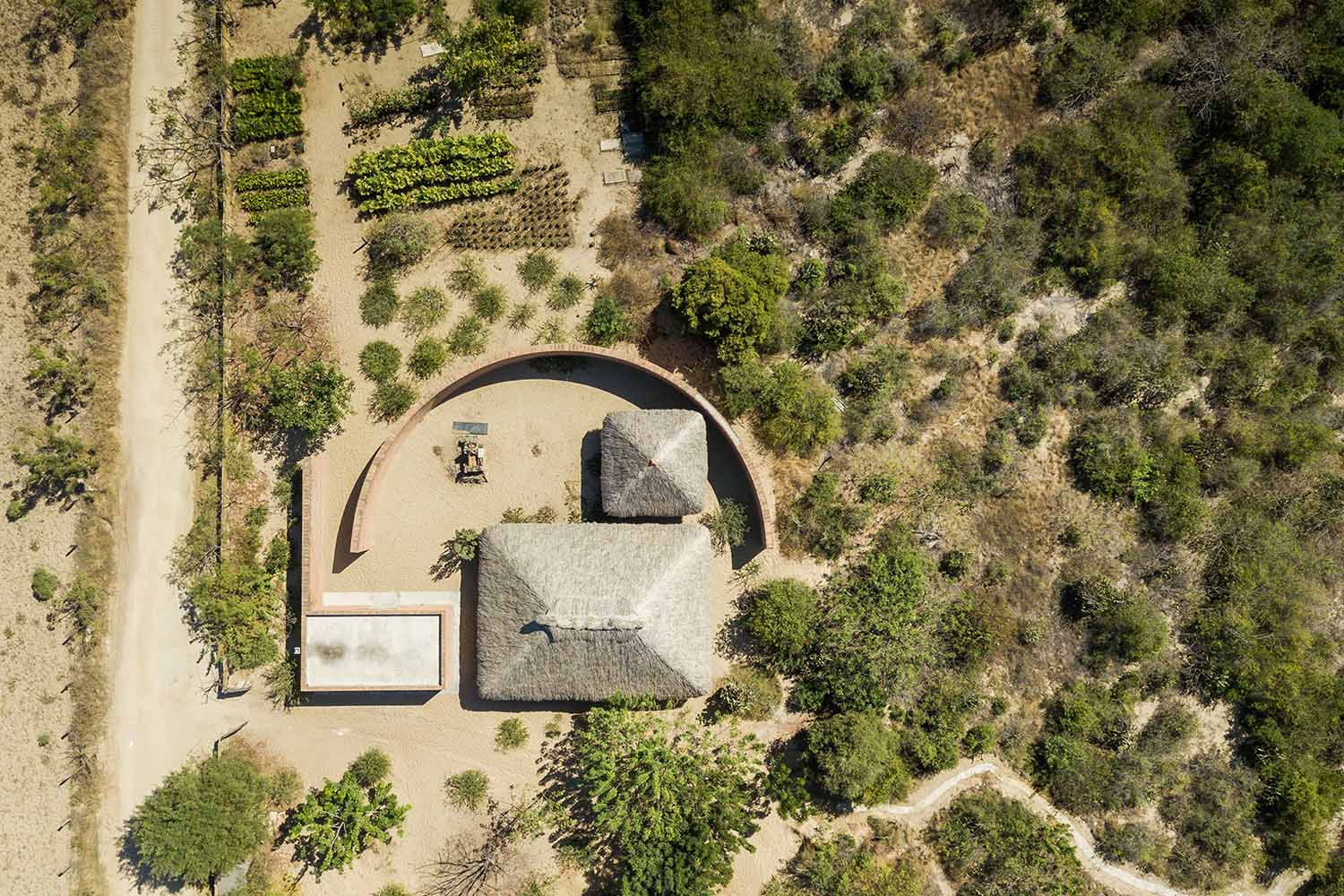 Siza was asked by the local community to design a pavilion for teaching, and encouraging the use of, clay working techniques, and to do it using natural building materials. Choosing local materials such as fired clay, straw, and wood, and drawing his inspiration from the palapa, a typical local construction with a thatched palm roof, Siza created a structure marked by a refined contemporary style and modern construction methods.

Read more about the project here: A palapa for teaching ceramics created by Álvaro Siza Tradition is often the source of reflections and ideas for creating new architecture. Pedevilla Architects collaborated with willeit architektur to create an iconic, multifunctional building for hikers in the Kreuzberg Pass, Italy. The project is part of a masterplan, put together by the management of the natural park, for the construction of a network of highly visible structures in strategic locations intended as service points for the park, which gained UNESCO World Heritage Site status in 2009. The steeply sloping roof, the building’s profile, the construction materials, and even the colors are all derived from local traditions but innovate on them. The use of timber and concrete made it possible for the building to stand out in its setting without altering it, making the project a point of reference that’s in complete harmony with its natural surroundings.

Read more about the project: Not exactly a chalet or mountain hut, but a landmark in the Dolomites Drawing inspiration from tradition can also inform the approach to design on an urban scale. A good example is in Torba, a small seaside town near Bodrum, Turkey. Baraka Architects was hired to create Voyage Torba, a scattered hotel that occupies some eighteen acres (7.4 ha). Given the hugely disproportionate size of the property compared to the town itself, the focus of the designers was to strike a balance between the complex and its built and natural surroundings. 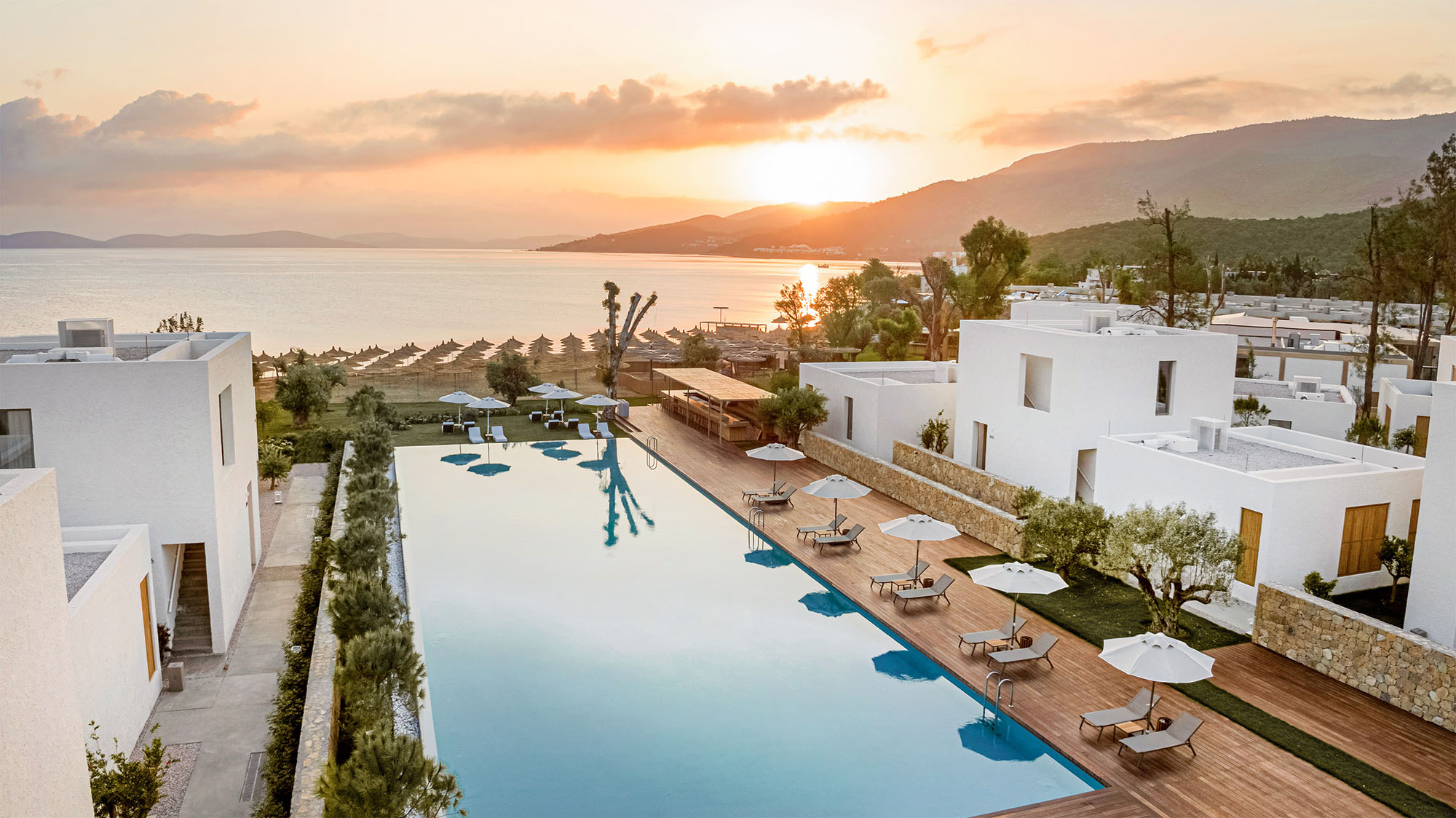 The priority with this project was to avoid the compartmentalized organization typical of mass-market hotels by identifying strategies for blending the property into the town itself. This led to the creation of a scattered hotel, with designs that take their cue from the existing local constructions.

Read more about the project: Voyage Torba, a scattered hotel on the Aegean Sea

This includes buildings with the open, semi-open, and closed spaces typically found in the Aegean and Mediterranean climates, and a sparse distribution of buildings along narrow streets, cul-de-sacs, and paved courtyards.

The compositional diversity of a contemporary and innovative hotel like Voyage Torba stems precisely from its links to local building traditions. The result is a facility with the appearance of a genuine, close-knit family neighborhood. Studying tradition and drawing inspiration from it can lead to new creative processes that can still be understood by local communities because they use a recognizable language. VI Castle Lane House reinterprets bow windows, a recurring theme of English architecture, while introducing contemporary design to a conservative area. The work of Michel da Costa Gonçalves (DROO) and Nathalie Rozencwajg (NOME), the project aimed to create an innovative residential complex in the middle of a very traditional setting. By replicating the heights and volumes of the surrounding buildings, the project establishes a continuity with the existing neighborhood. But it also reinvents the bow window, using curved glass windows that extend out from the building to expand the living spaces and create an interior/exterior spatial experience.

Read more about the project: VI Castle Lane House, a novel interpretation of the bow window Obviously, drawing inspiration from tradition is just one of many ways of conceiving new architectural projects. It’s nevertheless proven to be a highly effective strategy to include in the range of options available to architects in the initial stages of the creative process.

So, how often in contemporary architecture do the history of a place and its building traditions become creative assets?

We’ll be looking at this question during the panel discussion “Tradition and Innovation,” to be held as part of Perspective Virtual Northern Europe Forum, scheduled for May 18 and 19, 2021.

Read more about the program of panel discussions and keep up-to-date by following us on social media. We’ll soon be announcing the names of the speakers and much more. 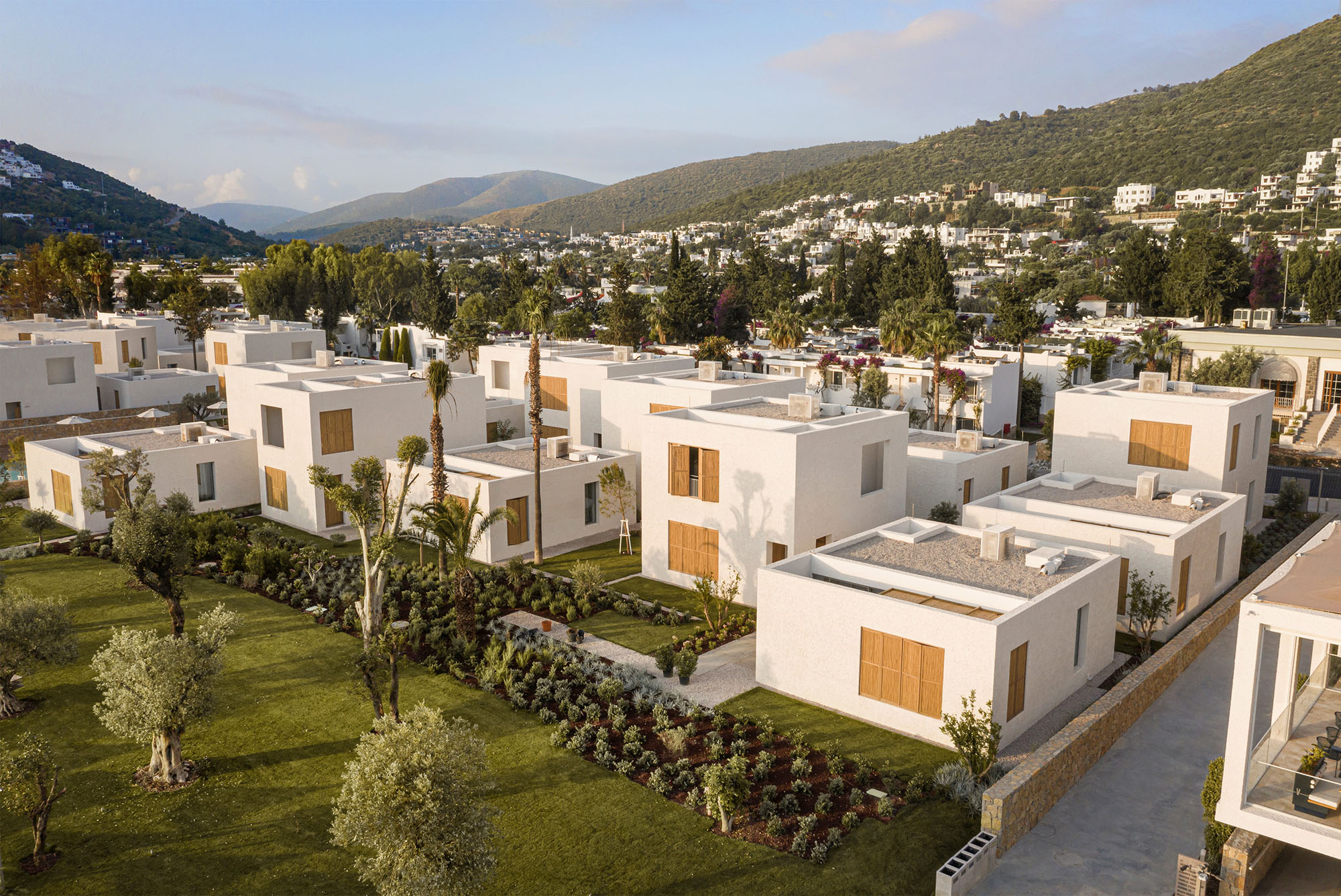 All credits relating to photos refer to individual articles 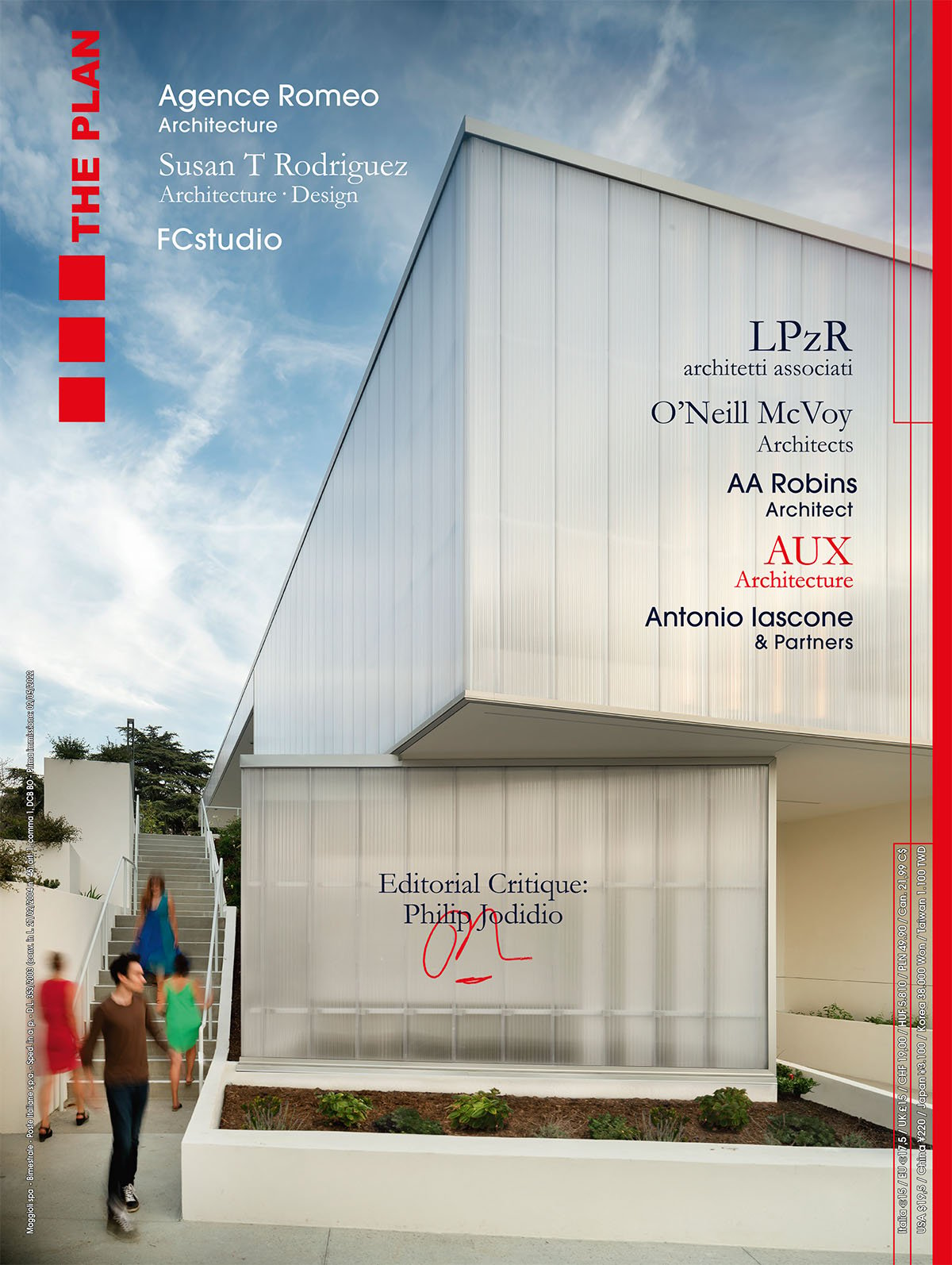 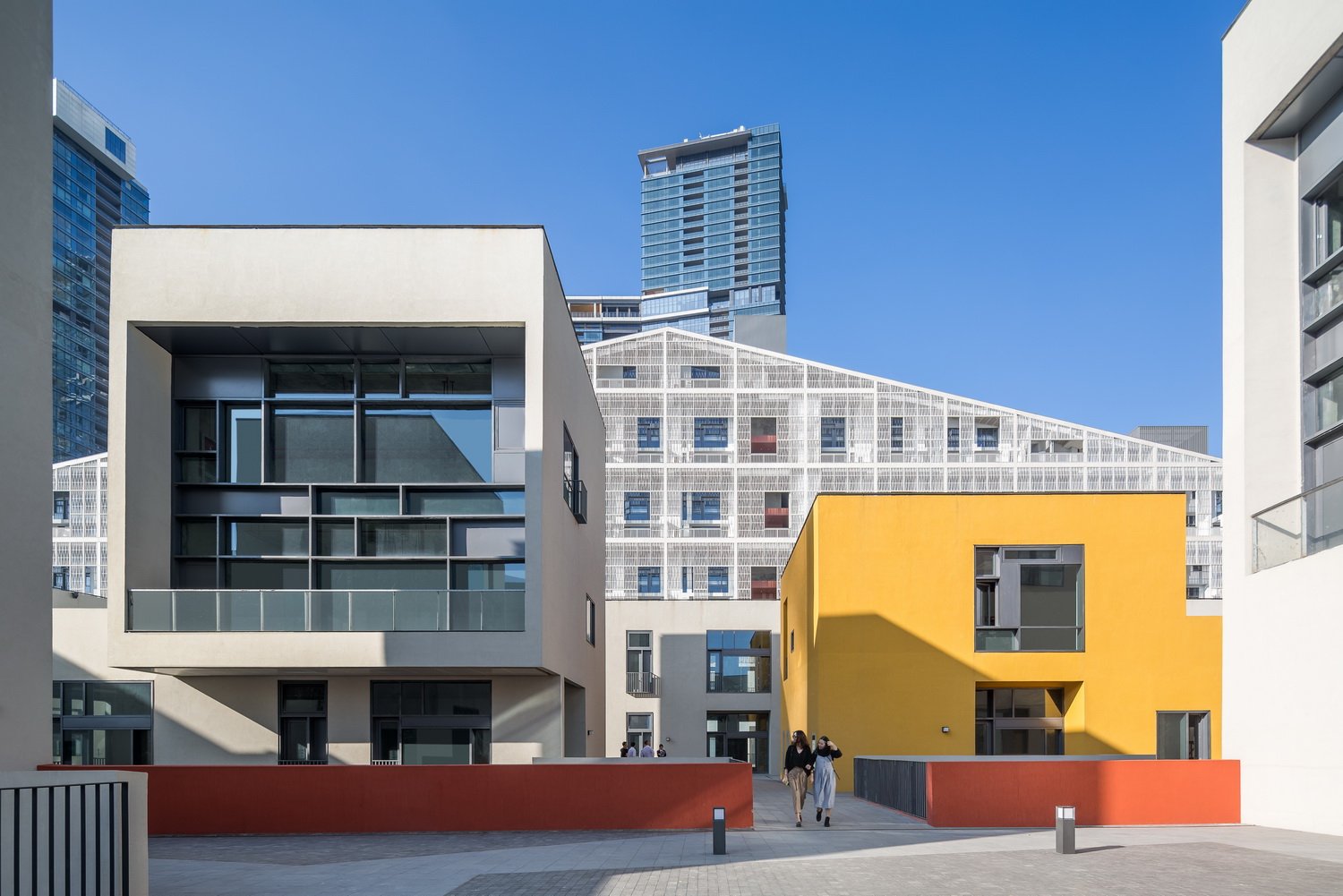 Also known as the ‘Shard’, the recently opened London Bridge Tower, designed by Renzo Piano, is the centrepiece of the redevelopment of ...