THE PLAN 136 is overflowing with ideas, from adaptive reuse for more sustainable design to urban-scale projects 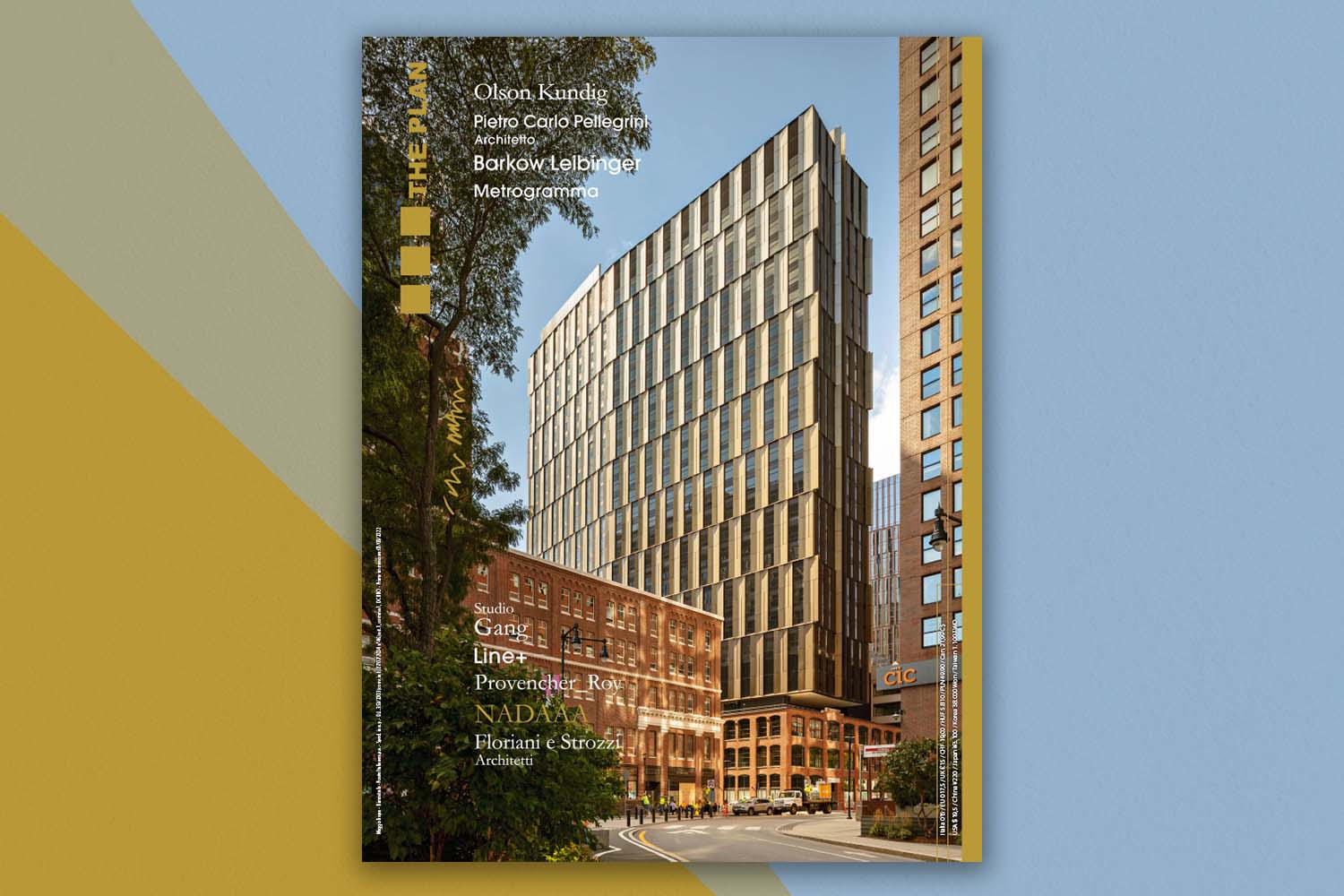 The cover of THE PLAN 136 features MIT Site 4, a new residential tower at the entrance to the Massachusetts Institute of Technology, designed by NADAAA with Perkins&Will. And the March issue is overflowing with ideas, from adaptive reuse for more sustainable design to urban-scale projects.

The issue opens with an editorial by John McAslan, founder of John McAslan + Partners, a studio with offices in London, Edinburgh, and Sydney. Titled “The paradox of adaptive reuse: the historical original becomes an original again,” the article deals with a highly topical issue: building restoration and refurbishment. Our cities have neglected and abandoned spaces, and often demolition and reconstruction aren’t sustainable in terms of costs nor the environment. Using examples from architectural history and his own portfolio, McAslan demonstrates how adaptive reuse is a viable solution. Michael Webb’s Highlights column looks at St. Regis in Chicago, the third tallest tower in the American city where the skyscraper was born. The project, the work of Studio Gang, has become a Chicago landmark – a sculpture in which form follows function. Still in the United States, this issue’s Letter from America is from Houston, Texas, where Raymund Ryan examines the work of Barkow Leibinger, a Berlin-based studio with an office in New York. The practice’s intelligent use of materials and new manufacturing techniques are a feature of a number of its projects, including the Sid Richardson Residences at Rice University.

>>> Read a preview of Raymund Ryan’s Letter from America column. 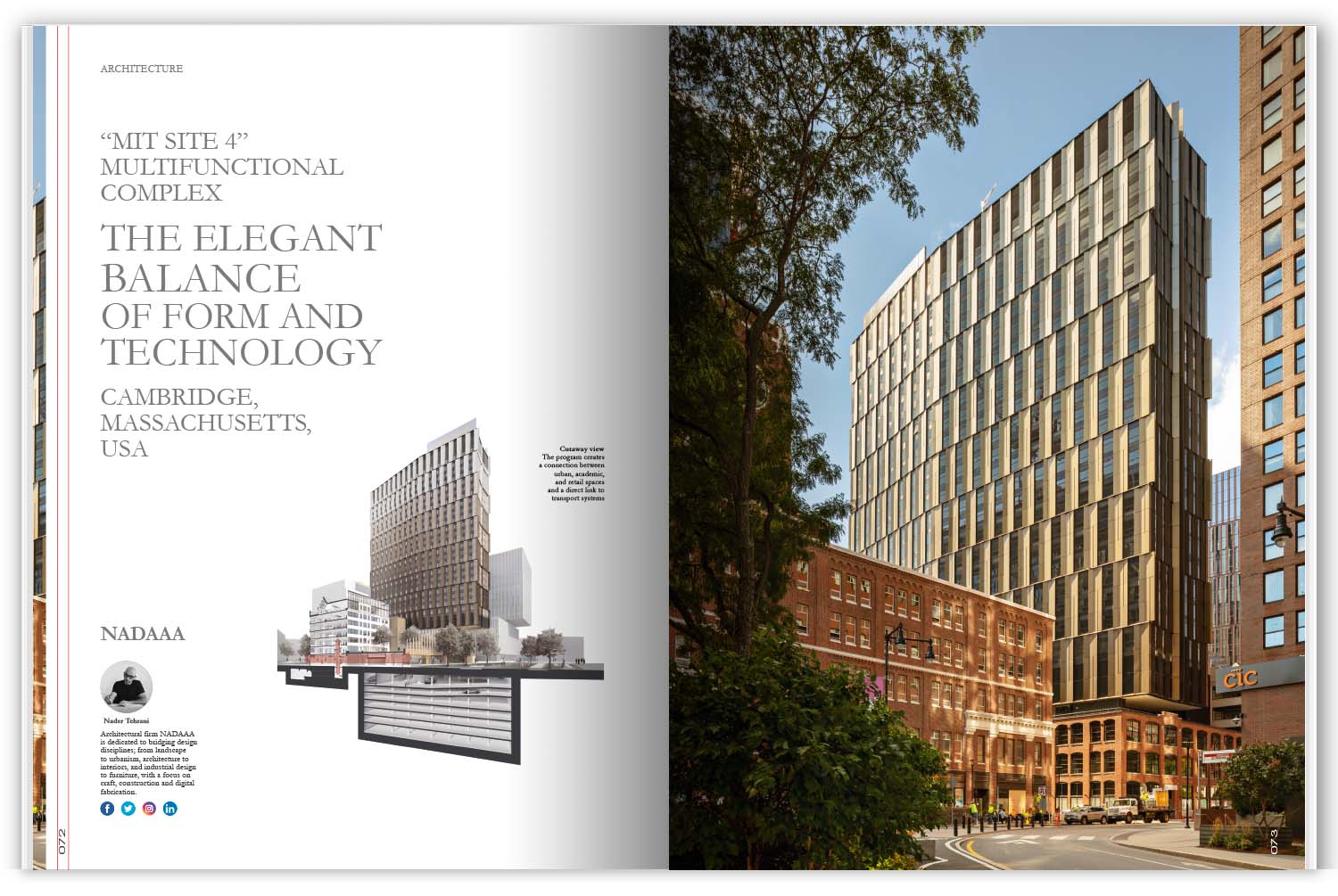 In Cambridge, Massachusetts, NADAAA worked with Perkins&Will on the design of MIT Site 4, a 29-story, 315-foot (almost 100m) building that’s the product of a process of urban regeneration. The elegance of the building’s exterior – as well as its interior – is the secret ingredient that has made it stand out from its simple, sometimes humdrum, urban setting. The housing units, common spaces, and rooms for exhibitions, conferences, and study all make the building a guiding light in the urban regeneration of Cambridge.

>>> Read a preview of the article about MIT Site 4 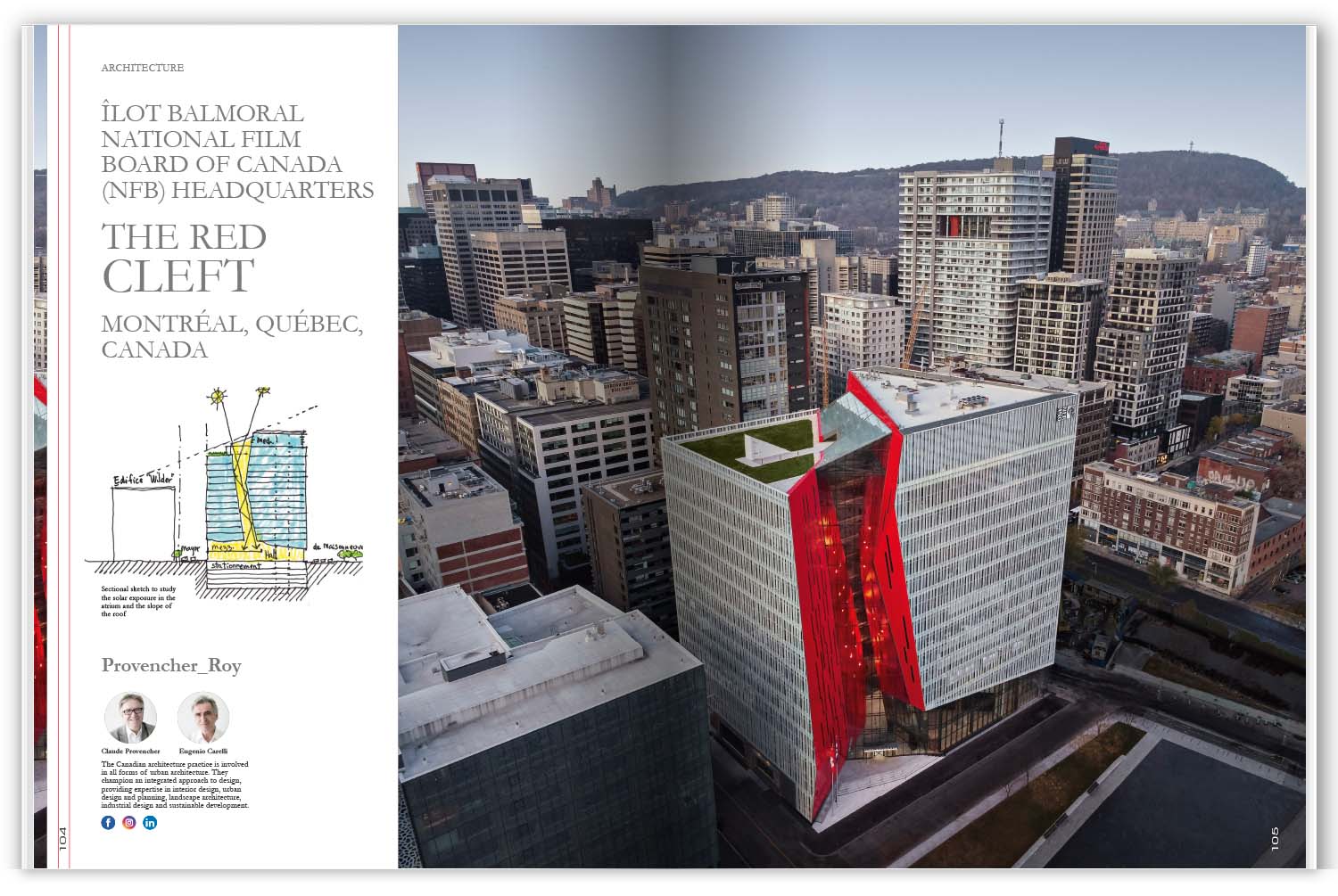 THE PLAN 136 looks at two more projects in Canada: the Checkmate Winery in the Okanagan Valley, designed by Olson Kundig, and the Îlot Balmoral in Montreal, home of the National Film Board of Canada, designed by Provencher Roy.

>>> Read a preview of the article about the Checkmate Winery

>>> Read a preview of the article about the Îlot Balmoral

Moving from North America to the heart of Asia, Letter from China, by Li Xiangning and Xiong Xuejun, looks at the recently established line+ studio, with a focus on the Yunnan Center for the Arts.

Back in Italy, international studio Metrogramma oversaw the radical transformation of Milan’s Piazzale Loreto. According to the practice, incorporating urban regeneration into project design is part of a strategic mission that treats sustainability, resilience, and participation as intrinsic elements. Turning to interior design, Pietro Carlo Pellegrini redesigned the Gioielleria Chiocchetti in Lucca: a historic jewelry store with a contemporary flavor. His distinctive touch can be seen in its shapes, colors, lighting, and overall design.

>>> Read a preview of the article about Gioielleria Chiocchetti in Lucca 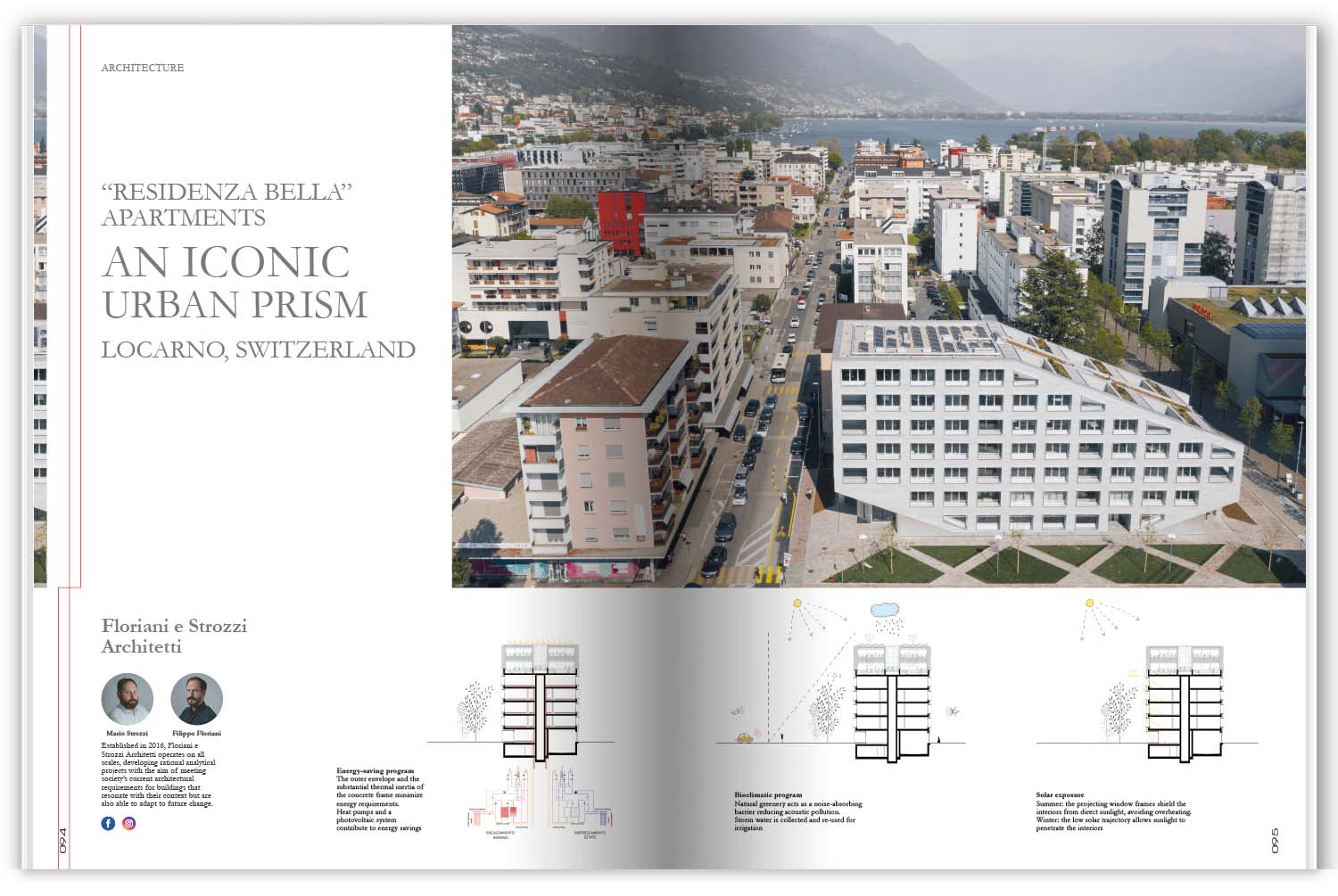 In Switzerland, Floriani e Strozzi Architetti has designed the Residenza Bella apartments in Locarno, a fully sustainable complex perfectly integrated into its setting.

>>> Read a preview of the article on Residenza Bella in Locarno 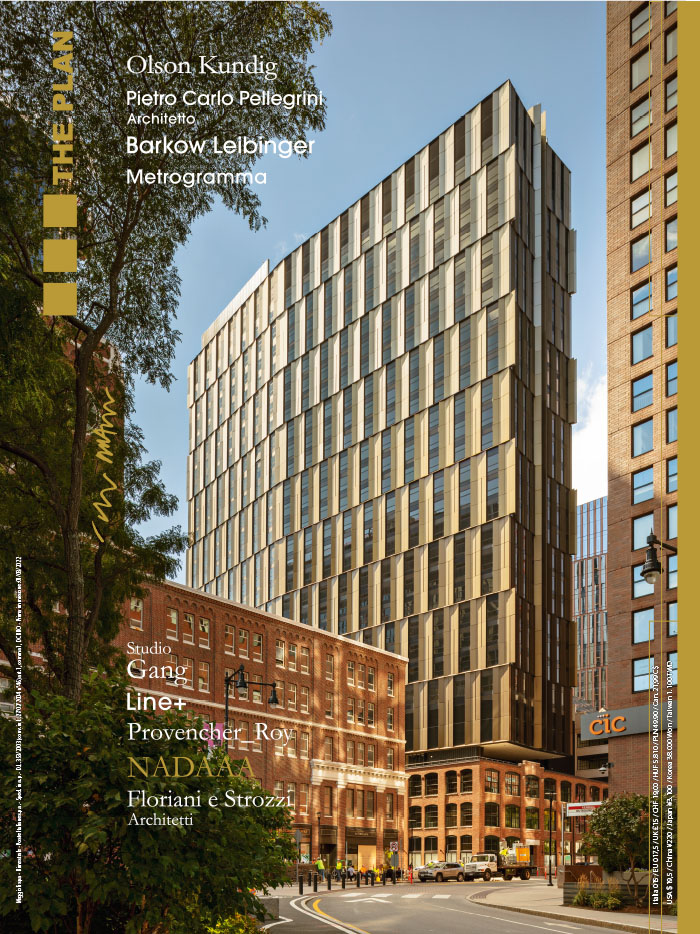 THE PLAN 136 is overflowing with ideas, from adaptive reuse for more sustainable design to urban-scale projects.... Read More