The intrinsic beauty of relationships in architecture “We are unable to do anything by ourselves nowadays. We can only produce something as part of a team, and that team must engage with the client, community, administration, context, and environment. It is within this system of interactions – which changes in space and time – that projects are born and take shape. This is why one project will never be the same as another.” This is an excerpt from Antonio Iascone’s introduction to a recently released book, published by THE PLAN–Maggioli Group, dedicated to his studio, Antonio Iascone & Partners. Entitled Architecture Creating Relations and with an introduction by Vito Mancuso, the book is also an investigation into the deep relationships embedded into any architectural project. There’s an inherent complexity in every building, every concept, every home, and every cultural center that mainly flows through people – that is, the people for whom we’ve built, for whom we build, and for whom we’ll build in the future. After all, besides belonging to those who live there, architecture belongs to the community of today and tomorrow. It’s part of the place it’s located.

There’s a prerequisite for dealing with these relationships and complexities: reading, interpreting, and understanding the needs of a community. All these factors have contributed to Antonio Iascone & Partners’ approach to architecture, which is clearly mapped out in this book and was also touched on during the official book launch in Palazzo Bentivoglio, Bologna:

“When two elements come in contact with each other, they enter into a relationship and they change - said Iascone -. They don’t stay the same, neither in time nor at time zero. Ideas also change, in a physiological way. You have to get used to changing points of view, since nowadays everything is changing much faster. This describes a method rather than a style, which is something much more dangerous, since it means exposing yourself to risks.” Besides the studio’s founder, Antonio Iascone, and the director and co-founder of THE PLAN, Nicola Leonardi, who acted as moderator, the book launch participants were Mario Cucinella, Simona Boragini (representing Centro Culturale Soka Gakkai), artist Davide Trabucco, and Professor Tommaso Pasquali from the University of Bologna’s Arts Faculty, who oversaw the development of Bologna’s Palazzo Bentivoglio as a cultural center and attraction for the city.

And Palazzo Bentivoglio and Soka Gakkai Cultural Center are two of the projects examined in the book. Cineteca di Bologna’s new cinema complex is also featured. The result of collaboration with the Jérome Seydoux-Pathé Foundation and still under construction, the complex is a perfect fusion of engineering and architecture to provide ideal conditions for film preservation. This is an important architectural contribution to the city, including in terms of urban redevelopment. The book also examines homes, residences, offices, the Virtus guesthouse, Vivolo’s headquarters, and numerous other projects that engage in a relationship with context and people.

>>> Read an excerpt from the Viaggio in Italia column dedicated to the studio from THE PLAN 138. The launch of Architecture Creating Relations took place at Palazzo Bentivoglio, a cultural site that in many ways reflects the soul of Bologna itself along with the city’s history of bridging the gap between the public and private worlds. The palazzo’s porticoes, for example – a UNESCO World Heritage Site – are an excellent example of a merging of public and private spaces. It’s a city within a city, with so many stories to tell that, as Professor Pasquali put it some time ago, it’s best to see it as an unfinished work that’s still open to new ideas, additions, and meanings. After being abandoned for many years, Palazzo Bentivoglio returned to life a few years ago as a home, but with its valuable private art collection and library open. In 2019, basement level spaces were added to host temporary exhibitions as well as Chiara Camoni’s permanent site-specific installation, Ipogea. This work reflects the history of the Renaissance palazzo itself through its materials: fragments of decorations, pieces of columns, sections of floors, and construction waste. 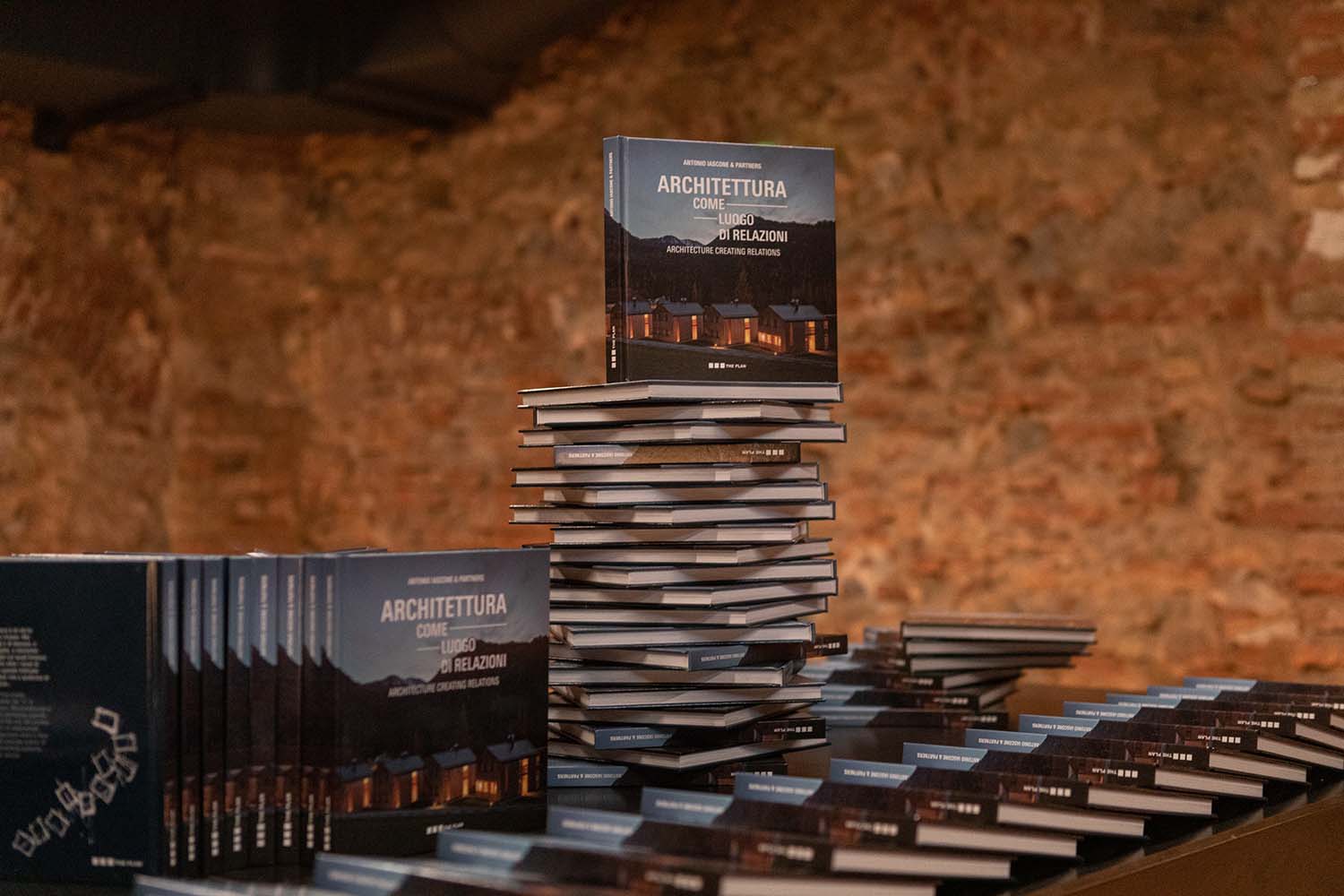 An interesting sidenote to the book launch was a reference to Memoirs of Hadrian by Marguerite Yourcenar. Mario Cucinella cited the 1950s novel to remind us of the importance of a design philosophy that’s based on the present but has an eye on the future and that has the courage to tackle the difficult issues – nowadays, this primarily being the increasingly urgent climate crisis, which is destined to change the face of our landscape: “Hadrian imagined the face of those initially simple conquered cities. For him, the cities of the future would be like Rome, because Rome was the ideal city, the one that could be replicated around the world. It’s the most built city, the most structured city, the city that’s endowed with the vision of a conquering emperor. Hadrian therefore imagined a civilization that embraced engineering to the point of saying, ‘Architecture is built with the landscape, because every action on the landscape leaves an indelible mark.’ This awareness very much reflects our human nature. Looking back into the past, you can find many examples of behaviors, approaches, and ways of dealing with difficulties.” In Cucinella’s opinion, therefore, we can still learn a lot from Ancient Rome that’s useful today in terms of an architectural beauty that, as Vito Mancuso points out in the introduction “is home, no matter what.” Photography by and courtesy of Eleonora Ondolati 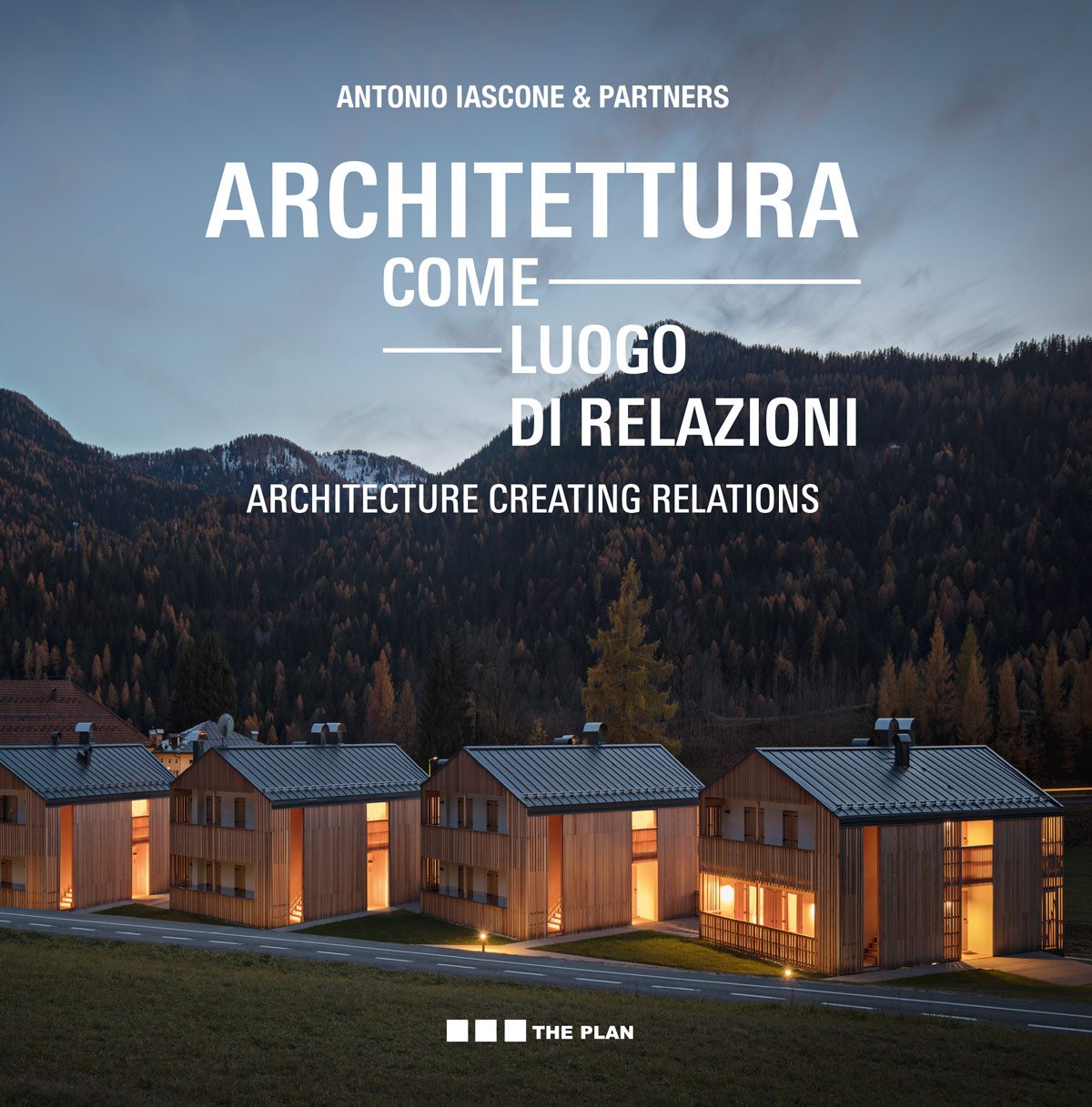 The book presents a selection of projects by the Bologna-based firm Antonio Iascone & Partners in Italy. It ranges from recently completed works and projects under construction to projects that have participated in competitions. Working mainly in... Read More