Open schools that operate in synergy with local communities

Architects defining the education facilities of tomorrow with flexible, green, and shared spaces Kindergartens, schools, universities – the buildings where teaching takes place all play a fundamental role in the development of children and the training of adults. For this reason, both educators and architects have long studied the relationship between teaching environment and quality of learning. And of course, a whole new set of needs has emerged over the past year, with the containment measures for Covid. Our experience with remote learning has underscored the vital role of human contact in both education and social interaction. As with any other public building, the keyword in school design today is flexibility, along with a renewed emphasis on shared and outdoor spaces. A number of high schools in Bologna began the new school year in a pavilion at the local exhibition center, which was redesigned by Mario Cucinella Architects to accommodate 75 classrooms and 1,600 students. In the same month, this studio unveiled another educational project. Unrelated to the Covid emergency, but still based on the same logic of large, versatile spaces, this project was more structured. The design in question was for the new campus of the Bologna Business School, the school of management education operated by the University of Bologna, which is to be built in a hillside location adjacent to the 16th century Villa Guastavillani. The design leverages its historical setting to create an educational facility that’s closely connected with the surrounding landscape and the result of prioritizing the creation of places where students can interact.

Read more about the project.

Architect Alfonso Femia has been focusing on the future of schools following Covid. He says that schools are the ideal starting point for post-pandemic reconstruction since they’re the only public function really capable of creating local and regional systems and networks. According to Femia, we can no longer think of schools as places that only need our attention when there’s some emergency. After all, Italy’s school system comprises more than forty thousand buildings, most of which are over 50 years old – a period of time in which society and urban centers have undergone an evolution that school architecture can’t ignore. Urgent action is needed to either refurbish or, where possible, demolish and rebuild these schools through international design competitions, so as to reinvent their role in their local communities.

Femia believes that post-pandemic school design should be based on three cardinal points: buildings will need a cellular structure, comprised of multiple areas organized by function; cycle paths and public parks will need to be incorporated into the surrounding areas; green filters will need to be provided, with different functions relating to the city. These new schools should be open or, better still, “osmotic”, with an ongoing relationship with their setting in terms of culture, sport, and mobility. New schools will not only be made up of classrooms, but also of open spaces, designed for teaching and not just play.

The Education category of The Plan Award 2021

Professionals involved in the design of education, training, and research facilities are eligible to enter the Education category of The Plan Award. This annual award, open to both completed and future projects, was established to promote awareness and the quality of the work of designers, academics, and students in the fields of architecture, design, and urban planning, and to broaden the discussion of topical issues affecting the field. The Plan Award 2021 is divided into different categories, for each of which the Jury will decide one winner and, if appropriate, honorable mentions. The registration deadline is May 31.

School architecture underwent a significant reexamination during the pandemic year, at least in part the result of the ongoing closures and reopenings, remote learning, and hybrid classrooms. In reality, though, this reexamination has been underway for several years, as can be seen from some of the projects we’ve selected here from The Plan Award 2020. In the historic center of Basiglio, near Milan, a 1960s parish kindergarten was turned into a state-of-the-art learning center by RAM studio. The project comprises a collage of different buildings: the former kindergarten and garage, to which a toilet block was added, and a large portico, a distinguishing architectural element that connects all the other buildings. The school has five large, flexible classrooms, a gymnasium, and an atrium area that, during the school day, is home to educational workshops, the canteen, and other activities. The common areas, with large openings between them, can be used separately or can be joined to create one large, uninterrupted space. The outside spaces have been designed for teaching and educational activities just as much as the interior ones. The Lamplighter School in Dallas, Texas, was designed by O’Neil Ford in the late 1960s. Even then, it was conceived as a unique learning environment from kindergarten through elementary school characterized by open spaces, a close relationship with nature, and a village-like composition. Additions were made by Frank Welch in the 1980s and ’90s. More recently, the facility was redesigned by Marlon Blackwell Architects. The heart of the new masterplan is the Innovation Lab, conceived as a series of collaborative spaces organized around particular subjects, including woodshop, robotics, and cooking. Marked by its dynamic shape, and copper and cypress cladding, the building is a place for hands-on education, where students learn by exploring rather than being taught.

Lourcine Barracks: metamorphosis rather than repurposing Built in the late 19th century in Paris’s 13th arrondissement, the Lourcine Barracks have been transformed into the new campus of Paris’s University of Law. The project, the work of Chartier Dalix, includes a conference room, a library, teaching rooms, and offices. The architects approached the project more as a metamorphosis than a repurposing, with the aim of opening the site to the surrounding environment as part of breathing new life into the neighborhood and regenerating the city as a whole. The parade ground was reinvented as a large public courtyard, while the school’s various functions have been integrated into the former military buildings and basement. The new layout was based on the topography of the site as well as to highlight the historical structure.

If you’ve designed an education facility – built after January 1, 2018 or yet to be completed – you have until May 31 to register for the Education category of The Plan Award 2021, by entering your project on the registration page. All credits relating to photos and render refer to individual article 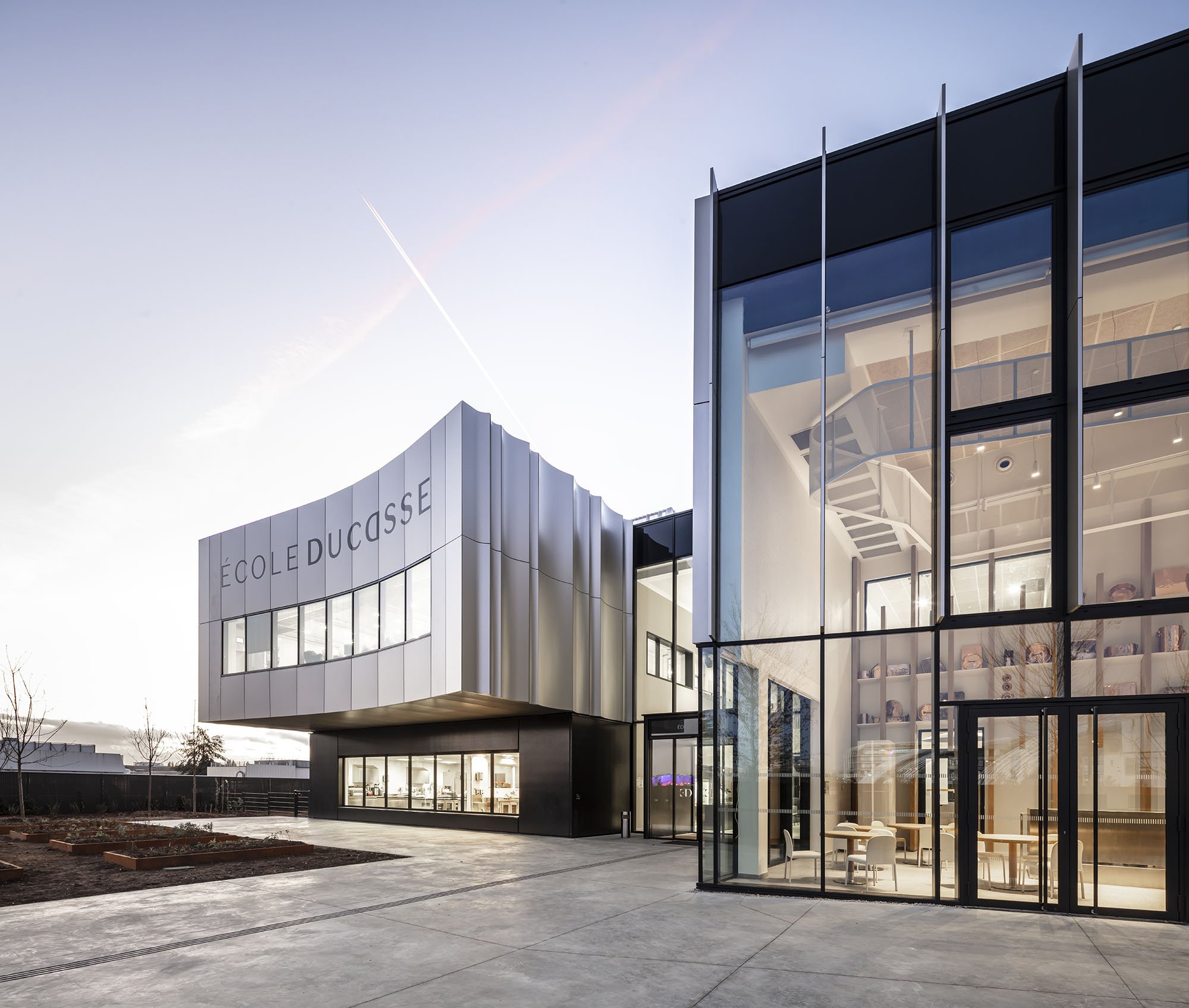 Located at a major crossroad within the city, this Music & Dance School is part of a wider urban regeneration project. ‘The Two Muses’...