With the development of Unione 0, the first private lot, work has now begun on the project 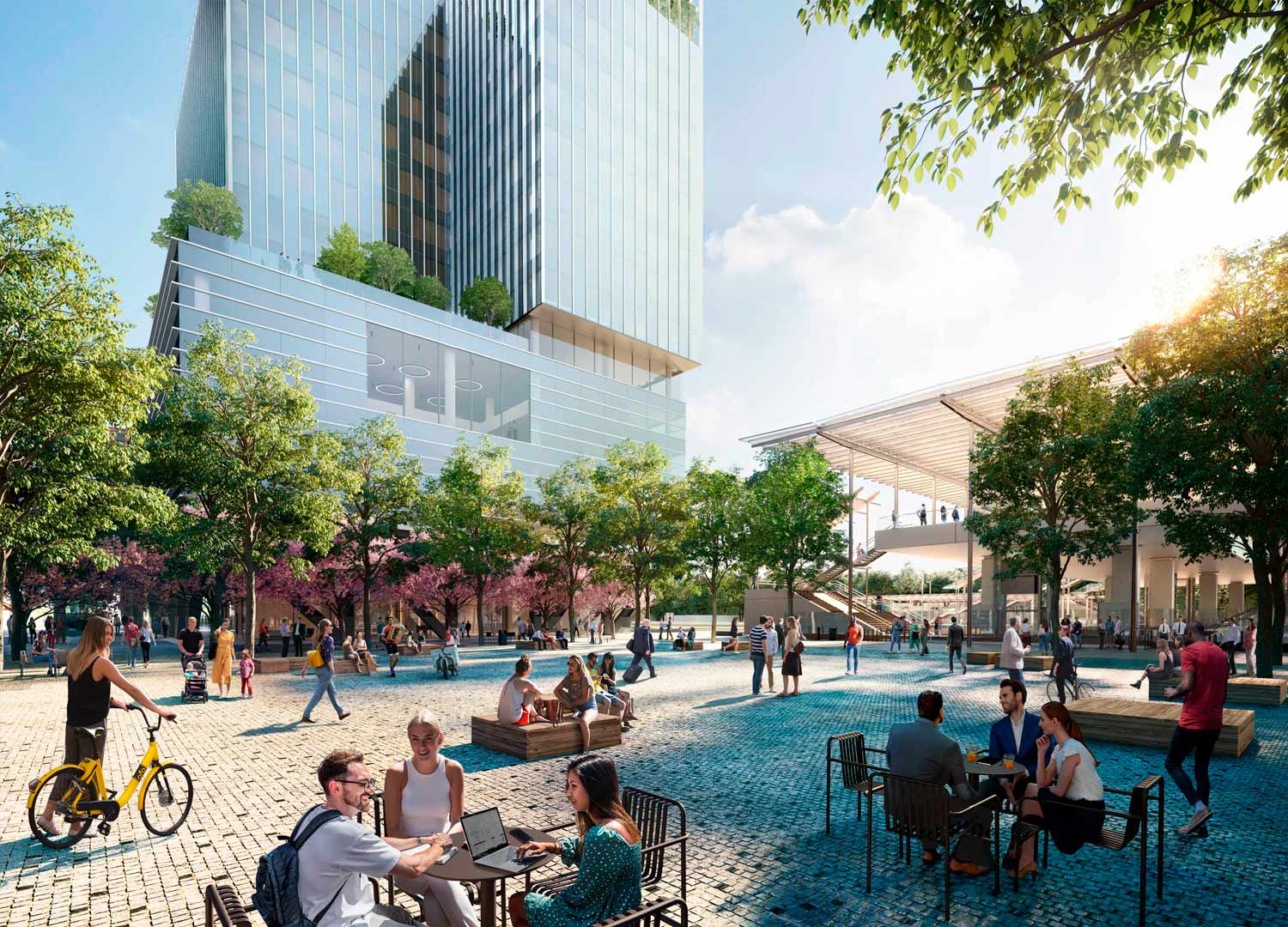 MilanoSesto is possibly one of the most ambitious urban regeneration projects in all of Europe. Once occupied by Italian company Falck, the site, in the municipality of Sesto San Giovanni, Milan, has remained empty since the steelworks closed in the 1990s. Over 370 acres (1.5 million m2) of land will be redeveloped to create an innovative, smart, and green district, all designed in compliance with the United Nations’ Sustainable Development Goals. But what will it be like?

Work on implementing Foster + Partners’ masterplan has begun, with the development of the first private lot, Unione 0. The seven buildings that make up Unione 0 were designed by four leading Italian practices, with Antonio Citterio Patricia Viel (ACPV) responsible for offices and hotels; Barreca & La Varra, subsidized housing; Park Associati, student housing; and Scandurra Studio Architettura, private residences. American real estate giant Hines and Cale Street Partners – a real estate investment firm backed by the Kuwait Investment Office, that is, the London office of the Kuwait Investment Authority – are behind the project, investing in the newly created Unione 0 real estate fund, managed by Prelios SGR, to which MilanoSesto SpA, the company in charge of the redevelopment, has transferred this first lot. With work now underway, let’s take a look where they’re up to and the project roadmap. 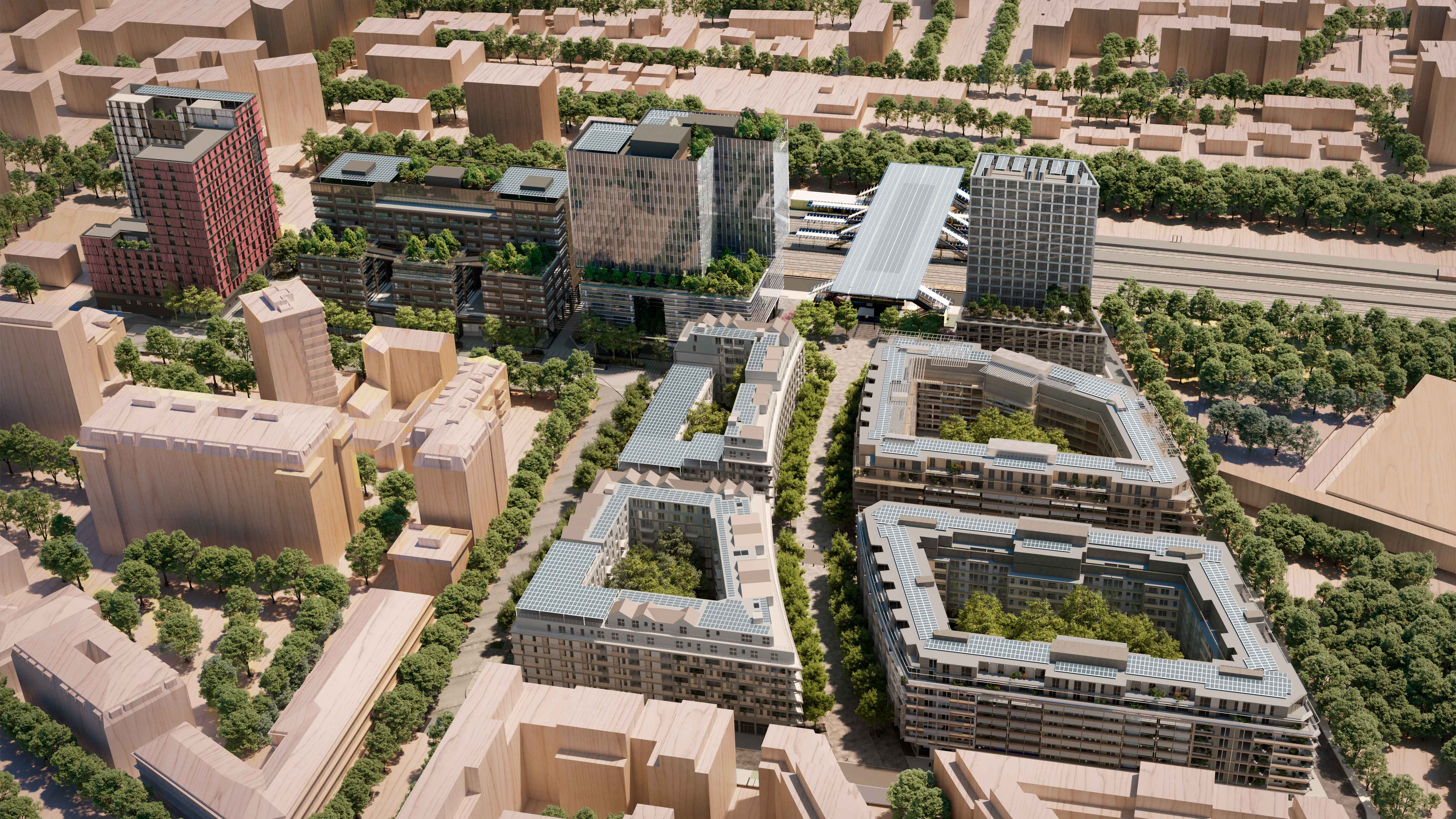 The 500 million euro investment in Unione 0 was announced back in October 2020, but the work has now actually started. Excavations are beginning this month, while construction will be underway by the end of 2022. The estimated turnover for the project once completed, scheduled for 2025, is estimated to exceed a billion euros, with the creation of over 2100 jobs.

The development of the first private lot, which occupies around 2.7 million square feet (250 thousand m2) of built area, is part of a broader partnership between Hines and Prelios, which has made the relaunch of this enormous urban redevelopment project possible. Besides being an investor for the development of Unione 0, Hines Italy is acting as strategic advisor and development manager of the entire MilanoSesto project, while Prelios, in addition to managing the Unione 0 fund, is its asset and project manager. Law firm Chiomenti supported Hines in the investment, together with Allen & Overy, EY, and Studio Belvedere Inzaghi & Partners. Gatti Pavesi Bianchi Ludovici worked with Intesa Sanpaolo and the other banks financing MilanoSesto SpA. Dentons looked after the environmental aspects, focusing in particular on the reclamation work, while Cale Street had the legal support of Gibson Dunn and Crutcher LLP & Legance – Avvocati Associati.

One of the key principles of the project, as well as the development of the first private lot, is its ESG vision: first of all, social sustainability, which will take various forms, starting with its residential offering. The homes in Unione 0 will be distinguished by their services of value. Designed for different target groups according to age, aspirations, and needs, the residential development will provide, for example, spaces for study, smart working, childcare, and fitness. Affordable rents will also have important social benefits, with 30% more residents in neighboring areas able to access housing at sustainable prices, with prices an average of 50% lower than comparable options elsewhere in Milan.

>>> Do you know DIG421? It’s an all-Italian example of LEED and WELL building, with work spaces and green areas. Read more about the project and the eight concepts of WELL certification

The Città della Salute e della Ricerca health and research district will also be built near Unione 0. A public center of healthcare and scientific excellence of the Lombardy Region, it will include the new offices of the Besta Neurological Institute and the National Cancer Institute, as well as a new campus and research laboratories of San Raffaele University, which will be based in the Unione Nord area. The project will have a fundamental emphasis on environmental sustainability and energy efficiency, achieving LEED and WELL certification, and using innovative materials in line with the principles of circular economies. The energy needs of Unione 0 and the health and research district will be 30% lower than as if traditional systems were used, avoiding the release of 5,500 tons of carbon dioxide into the atmosphere per annum. In part, this will also be achieved through the use of renewable sources and the presence of green spaces. 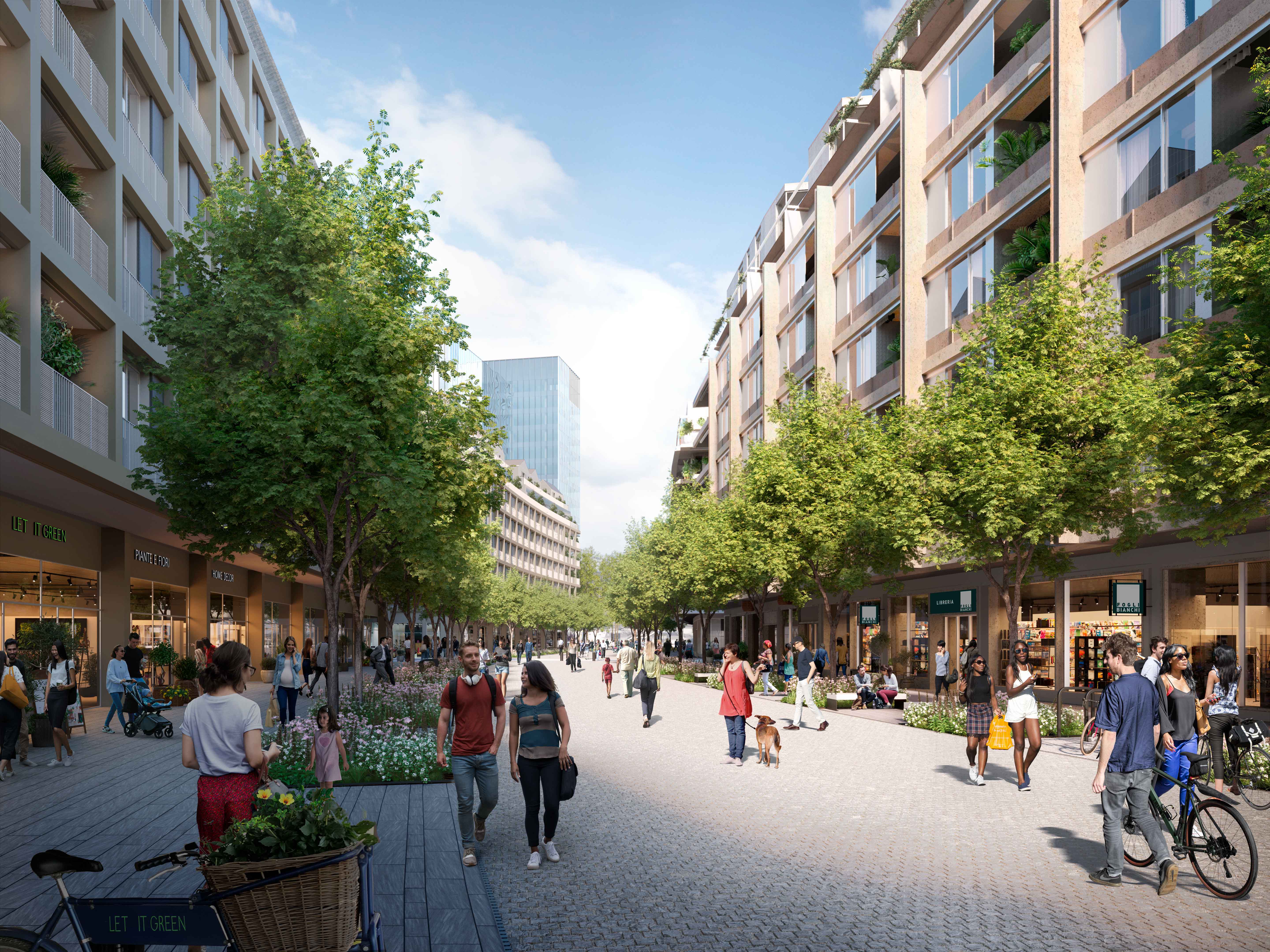 The project also includes the upgrading of the Sesto San Giovanni rail station. The tender for this work, announced by MilanoSesto, was awarded last May to Cimolai SpA, an international leader in the design, supply, and erection of complex steel structures. The project, produced by Renzo Piano Building Workshop and Ottavio Di Blasi & Partners, involves an investment of 14 million euros and will involve the creation of a suspended walkway over the rail lines to connect the historic city of Sesto San Giovanni to the new district.

It’s interesting to note that last December, Hines was at the forefront of building a new 172 thousand square foot (16,000 m2) student residence in the former Manifattura Tabacchi site in Florence. The project, overseen by M.T. – Manifattura Tabacchi SpA, a joint venture established in 2016 by PW Real Estate Fund III LP, has been called Italy’s new “Factory,” a creative hub where design, art, and fashion can crosspollinate. >>> Read more about the project here and browse the gallery. 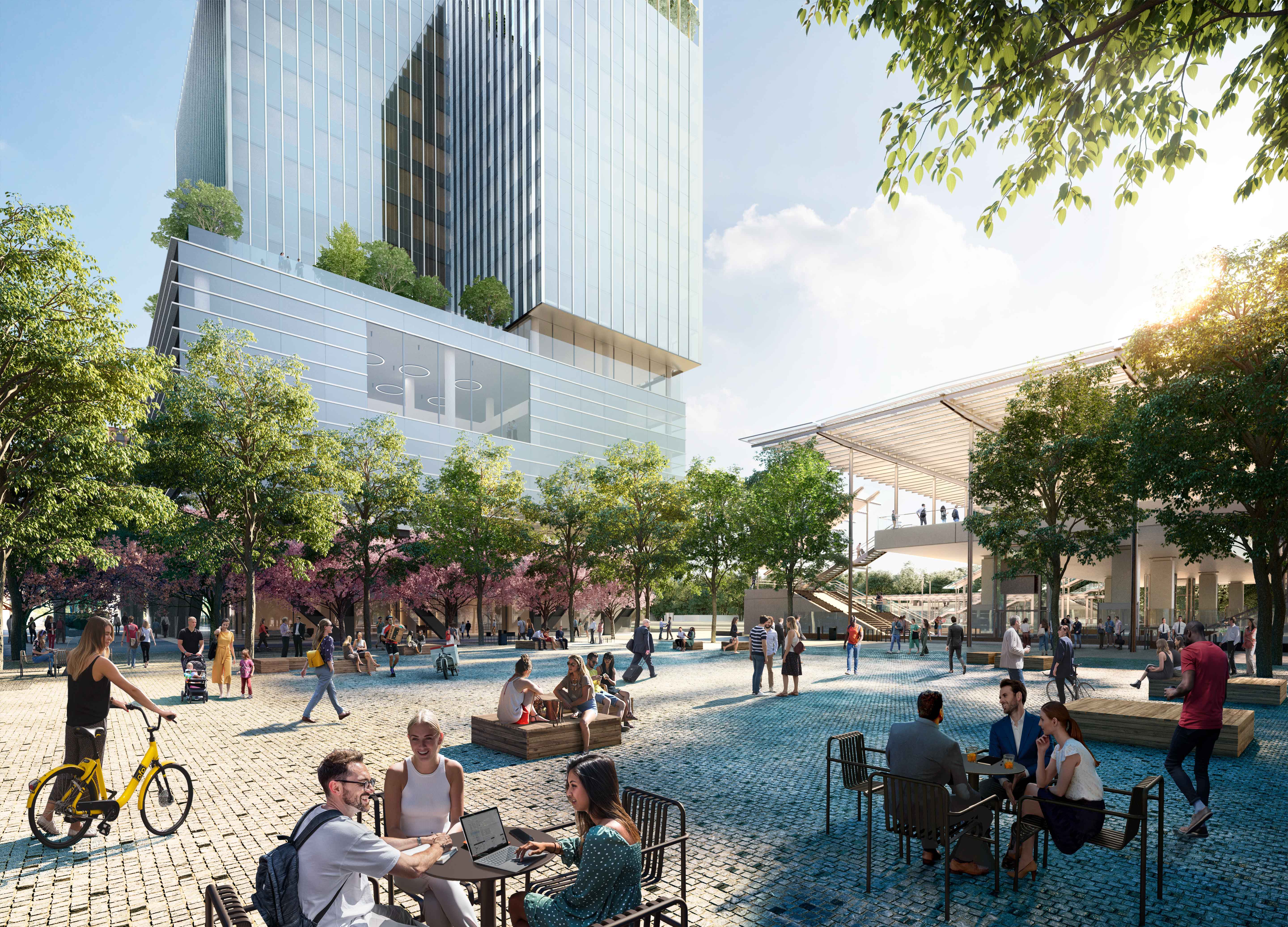 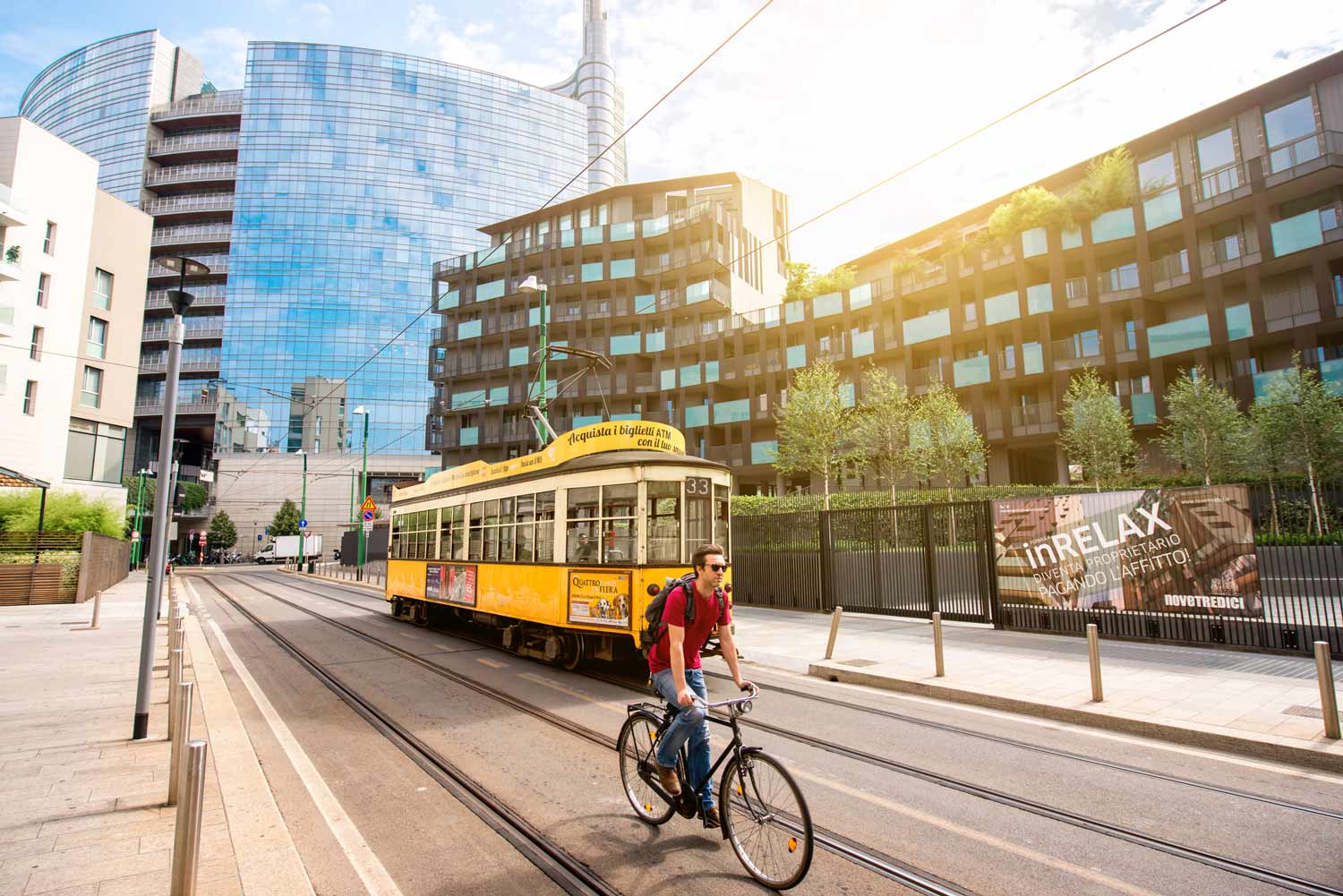 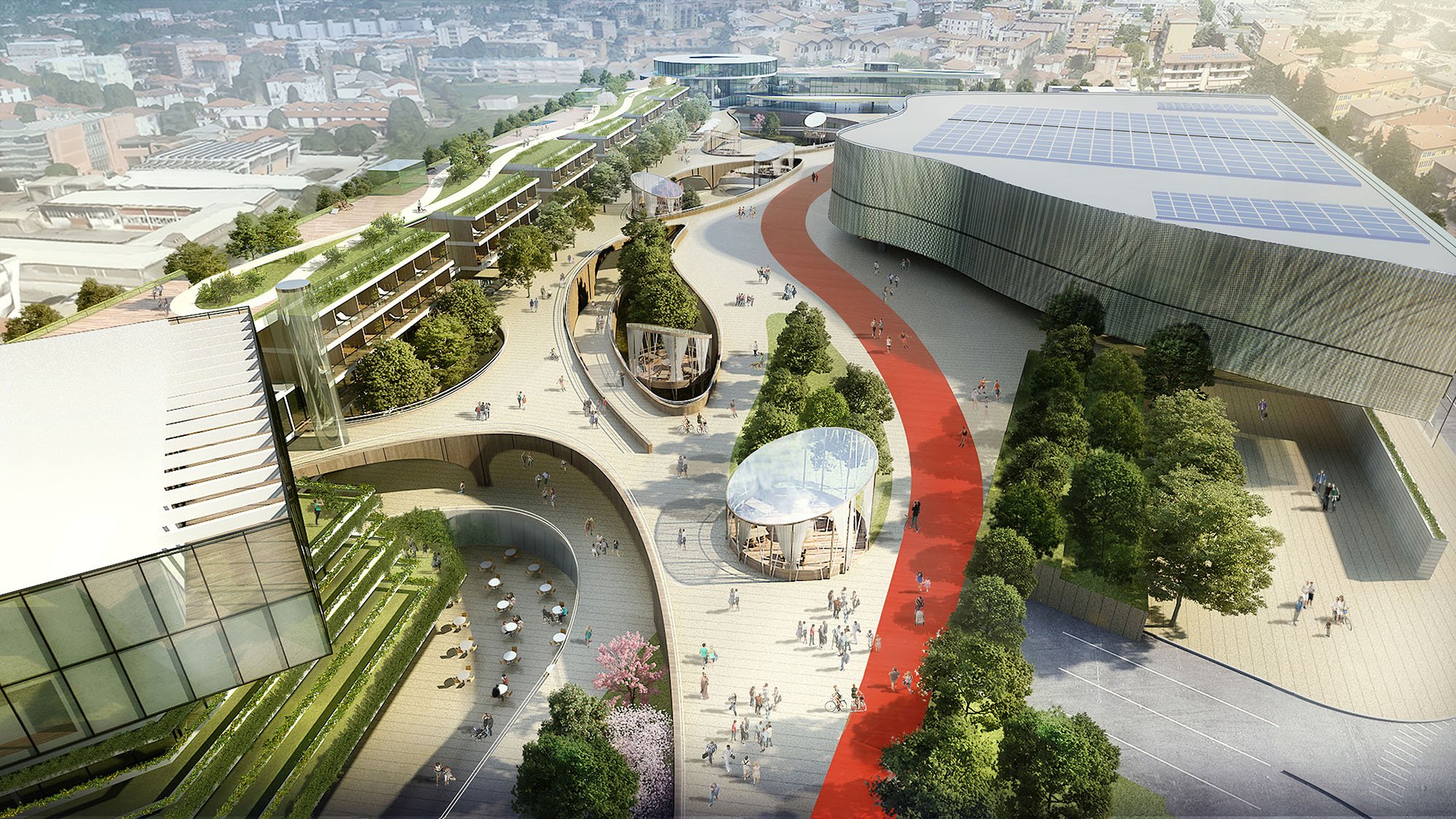 Designing the future: the Chorus Life smart city and more…

The winner of the City of Milan’s WT Smart City Award 2017, Chorus Life is an urban development project that offers a new model for cities to grow i...