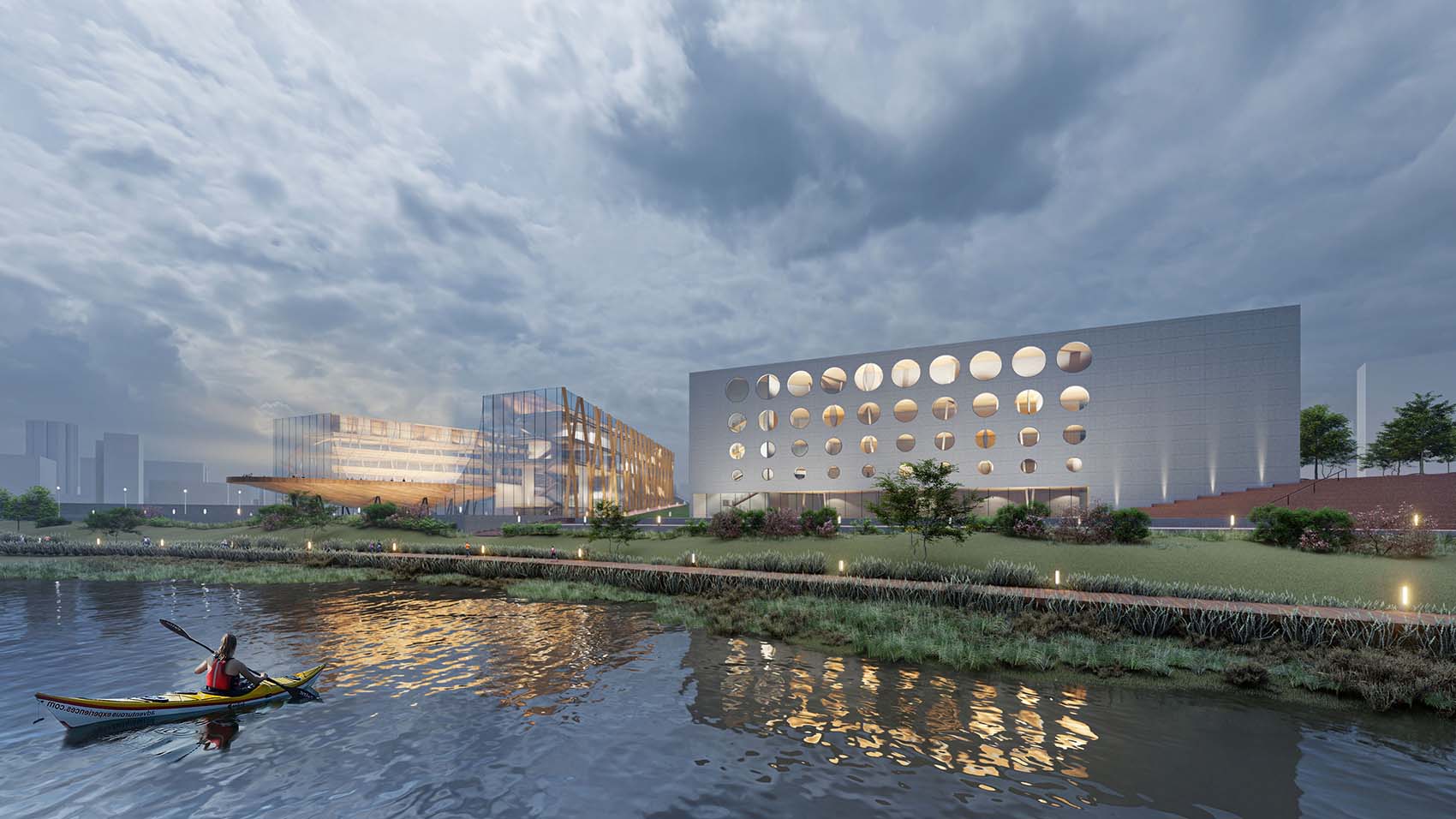 Krasnoyarsk is a city on the banks of the Yenisei River in central Siberian Russia. Marazzi Architetti’s project for the area around Predmostnaya Square, the gateway to the historic city center, overlooking the river and Ostrov Otdykha Island, focuses on enhancing the relationship between the urban center and the watercourse. After completing projects in various countries, including Kazakhstan and Malaysia, the Parma-based practice won this major urban and architectural design competition, which was organized by the local government with the aim of modernizing and updating Krasnoyarsk in the mold of more advanced international development models. The competition, which took place in two stages, saw Marazzi competing with four Russian firms in the final phase and to go on to win with its large, integrated project, developed in collaboration with Venetian firm F&M Ingegneria, which oversaw technical and infrastructure development. The project involves both the infrastructure rationalization of the area and the redevelopment of the riverside, including the construction of three new public buildings of strategic importance to the city and local culture. In all, the project comprises 323 thousand square feet (30,000 m2) of building space, including a school of dance, the Pozdeev museum of modern art, and an eco-hub for disseminating environmental information. The project developed by Marazzi Architetti focuses on the relationship between the city and the river that crosses it, aiming to create permeability between the natural and urban environments.

The new buildings have been conceived as a kind of architectural mosaic, with each having its own distinct identity. The Choreographic College, for example, resembles a greenhouse overlooking the river – a luminous place to cultivate talent in perfect harmony with nature. The Pozdeev Center, designed like a large sculpture, is a dynamic and engaging workshop, dedicated to exhibiting and teaching art. Finally, set in a larch forest, the eco-hub is a glazed pavilion for hosting exhibitions, conferences, and other activities aimed at promoting culture and environmental responsibility. 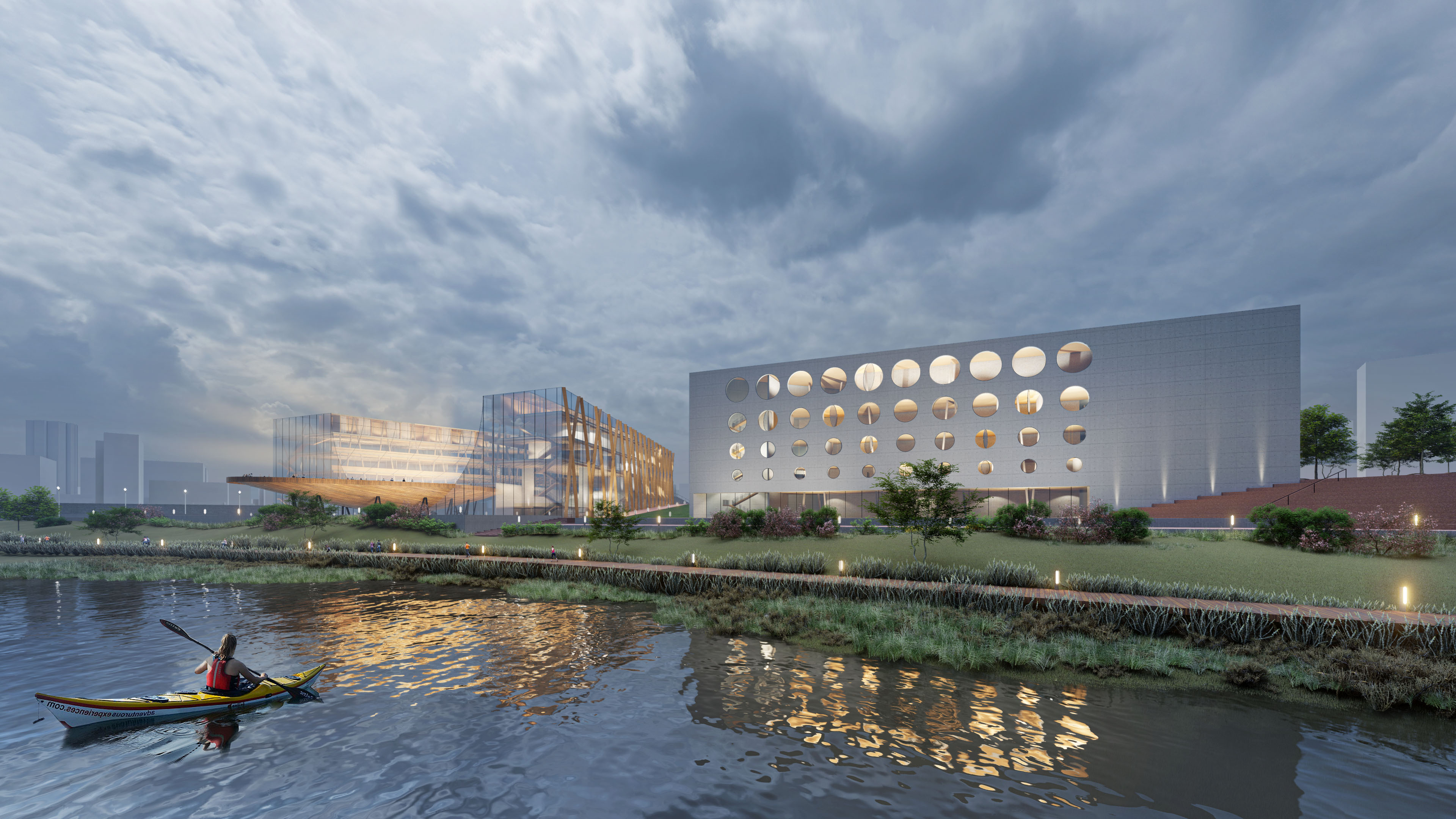 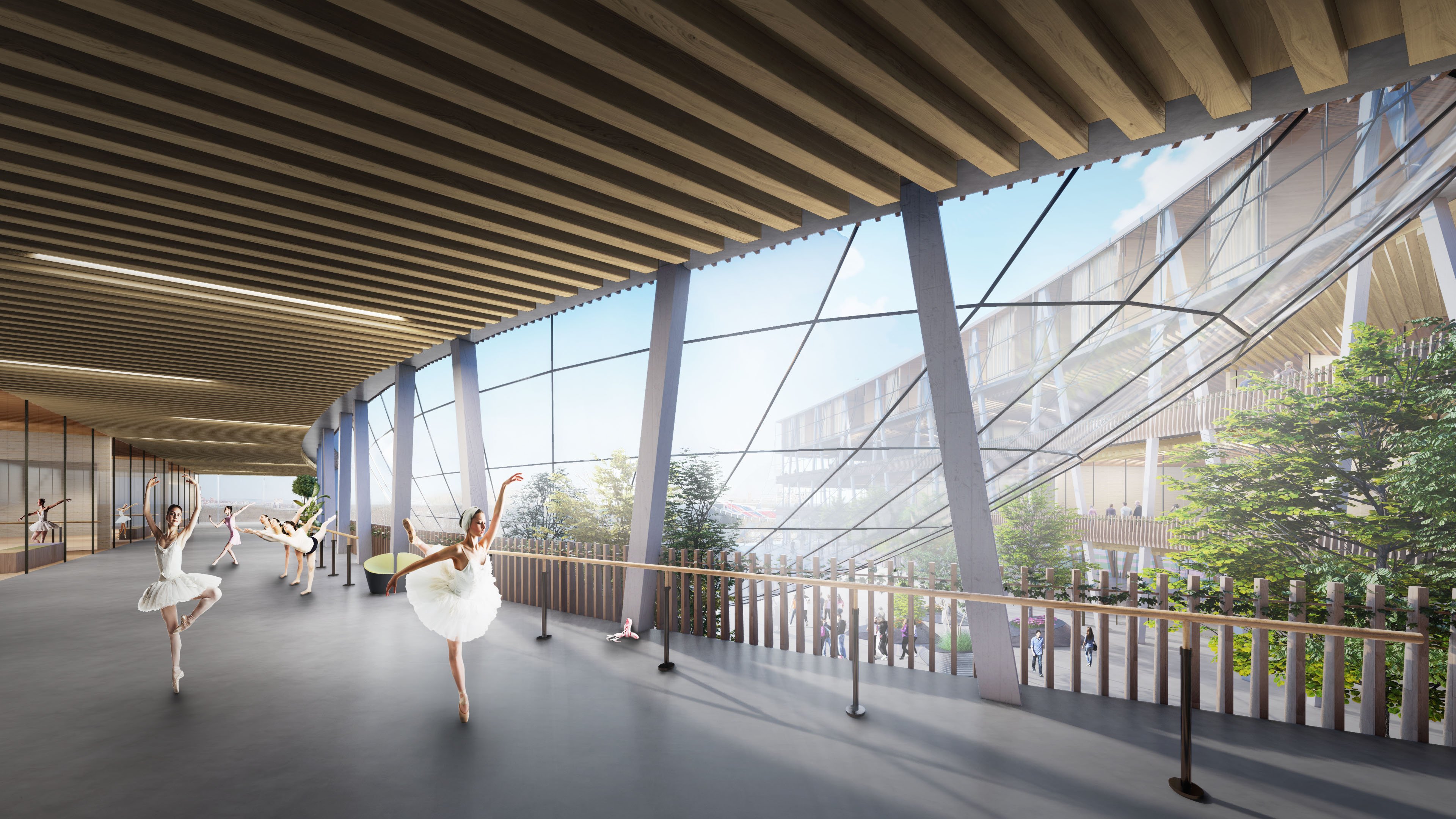 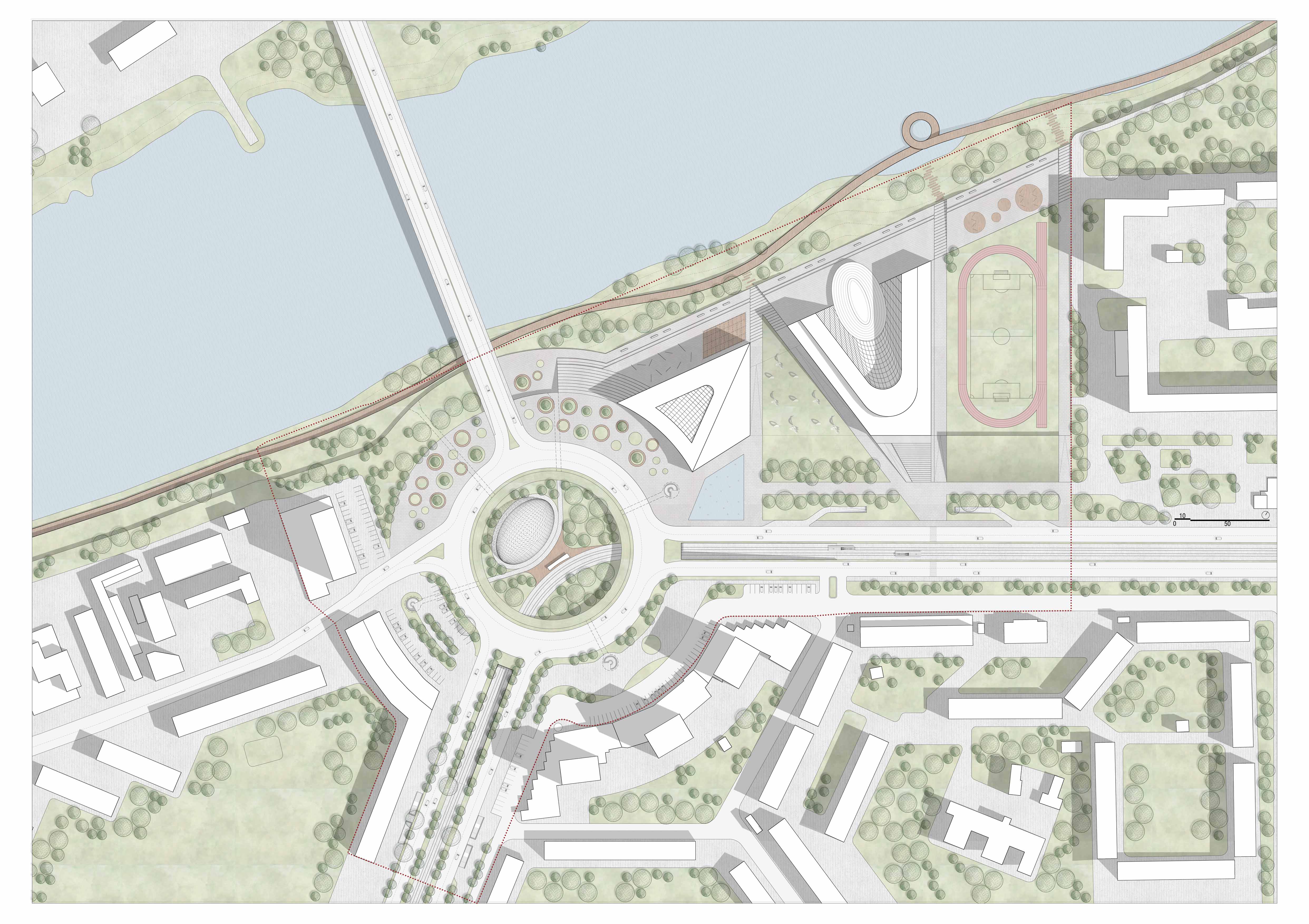 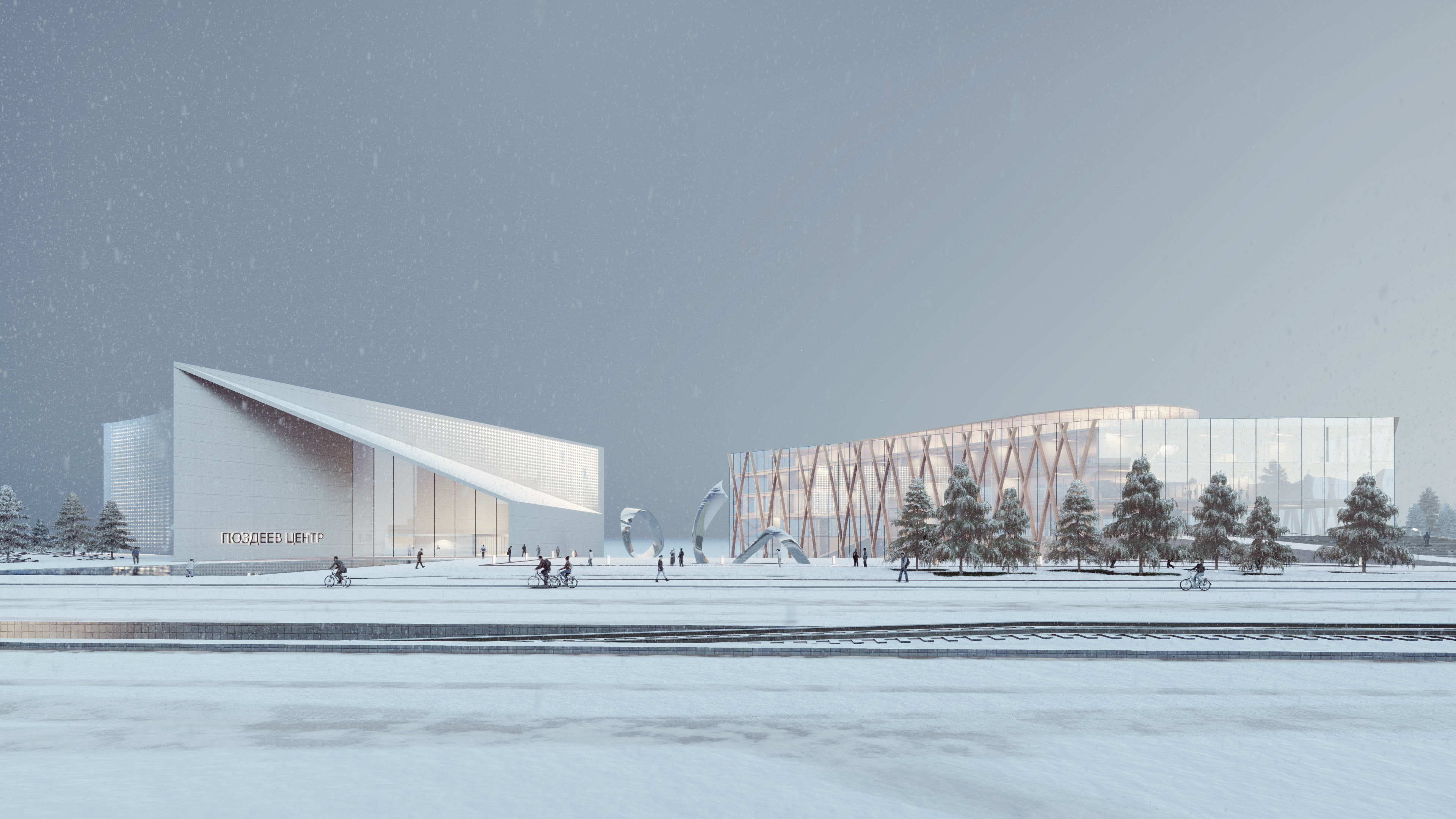 Project by Marazzi Architetti in collaboration with F&M Ingegneria The environment, fitness, and urban redevelopment are the key ingredients of Parco del Mare, Rimini’s regenerated waterfront, designed by Benedetta ...