L’Ombra by Joan Crous, a work in recycled glass inspired by the history and symbolism of Guernica

The work will tour Italy and Europe 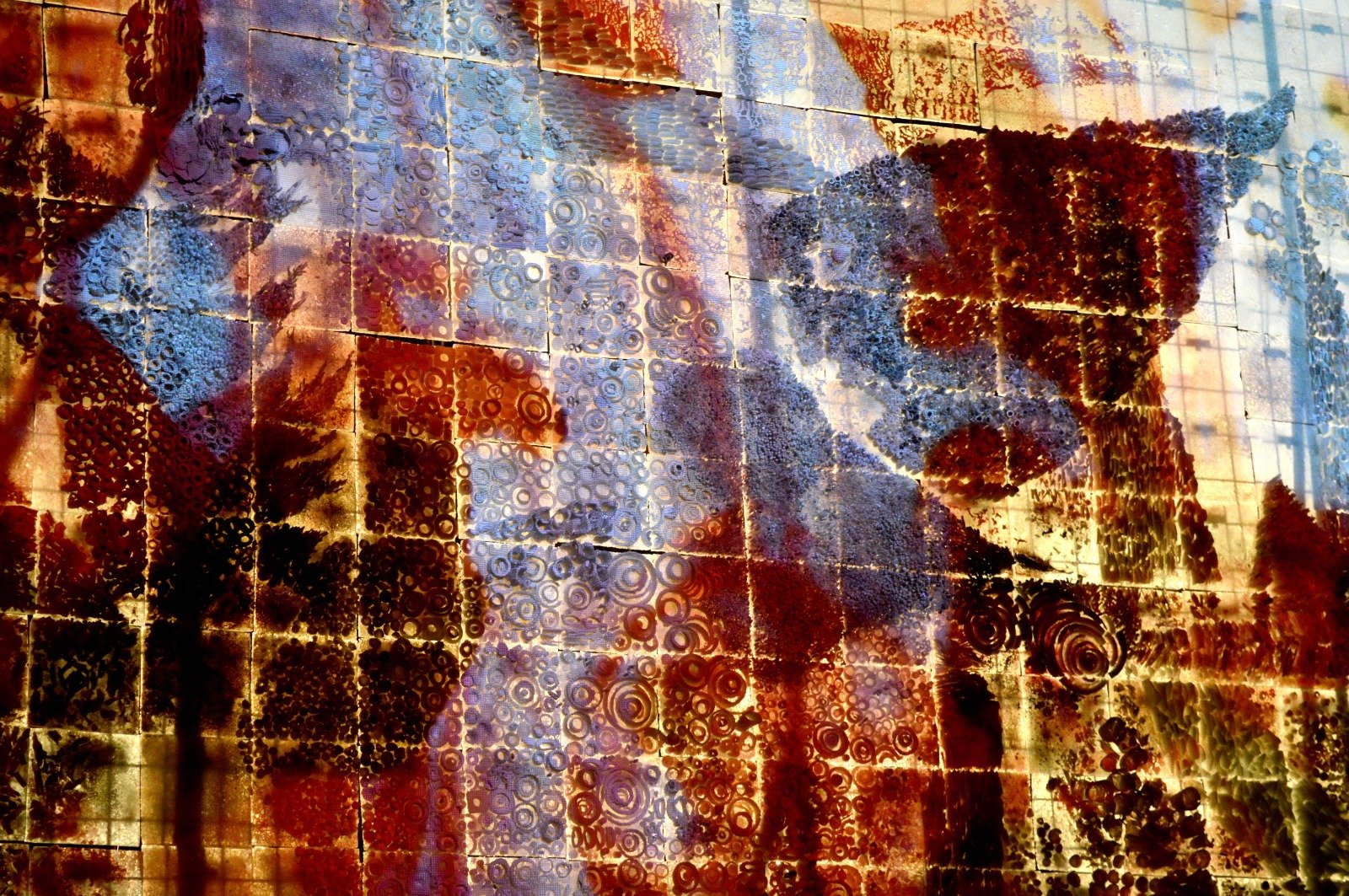 Shadow is a word with many different meanings: shade, darkness, an indistinct outline, a likeness cast of a body by light. “Shadow is curiosity, openness, imagination … a suspended presence. But shadow is also fear, lack, the unknown, and, especially, an omen.” Reflections on the concept and symbolism of shadows led artist Joan Crous to create her new work, L’Ombra (The shadow), a large installation made using fragments of glass and earth. The piece is intended to be a “shadow” of Picasso’s Guernica that aims to keep the message of that work alive almost ninety years on: “Because Guernica is a true icon, a landscape on which the sun never sets,” says Crous. “Guernica continues to evoke and recall the symbolism of what it represents.” Born in Catalonia but a resident of Bologna since she attended university there, Crous has focused for some time on working with glass, spending time with various international companies in the sector, and learning a range of restoration and conservation techniques. A milestone in the artist’s career happened in 1994, when she developed a completely personal glass working technique that combines “the fragility of human work with the fleetingness of time.” Besides being an artist, Crous is cofounder of the Eta Beta social cooperative and manager of Spazio Battirame, an arts and crafts space, restaurant, and horticulture garden, both in Bologna.

Unveiled in mid-May in Bologna, accompanied by the music of Pino Jodice, L’Ombra will tour museums and galleries in Spain, France, and Italy for the rest of 2022. We spoke to the artist about the work. 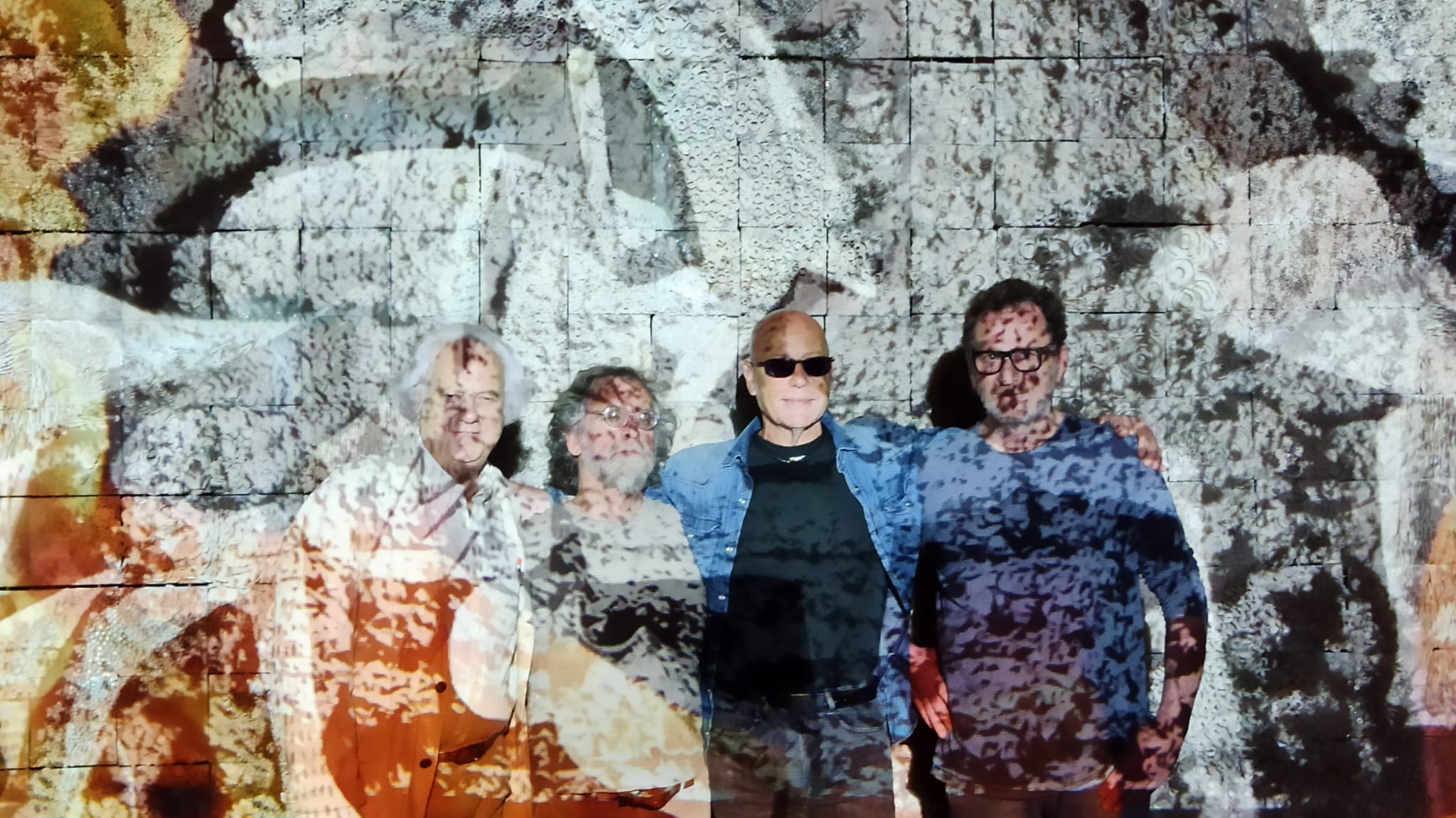 Through its symbolism, the message it conveys, and its materials, L’Ombra is a work about restoration and memory from different perspectives.

"I worked on this piece for over three years. Although I do a lot of work for foundations and museums, this was a project that I wanted to create for myself. It’s made from almost two tons of glass, is almost seven meters long, and almost four meters high. The inspiration for it came from what happened in Spain with the bombing of Guernica. The painting by Pablo Picasso is now much more than a work of art; it’s a symbol. And the painting is what I was inspired by, treating it with the utmost respect, starting with the large dimensions. I didn’t buy as much as a speck of the glass that I used to create the work; it’s all recycled materials that I just happened upon".

The work will be touring. Where will people be able to see it?

"After the inauguration, it will be exhibited in Alba at GrandArte, an exhibition that looks at climate change through the lens of art, which is held as a part of Circonomia, an event dedicated to the circular economy. It will be there for two months, before moving to Casa Goldoni at the Venice Biennale. After that, it will go to Barcelona and then France. The work is a fundamental expression of my artistic trajectory. I wanted its tour to start in Bologna, since it’s my city, the place I set up my cooperative, which is a social place a lot like Villaggio del Fanciullo". You contributed to Togetherness, the monograph about Rizoma Architetture published by THE PLAN Editions. It’s a book that closely examines the link between architecture and sociability, design in relation to people. What was that experience like for you?

"I was almost surprised to be asked. I’m a sculptor, not an architect, and I can’t pretend that I’m able to transform spaces the way an architect does. What I do know, though, is that every day more than a hundred people from many different cultures and backgrounds visit Spazio Battirame. We’ve revived a rundown urban area to the point that it’s now one of the most special parts of the city".

Spazio Battirame brings together the art and culture of spaces, while it also highlights the value of restoration, like your work L’Ombra.

"Especially in everyday life. Since it’s a social cooperative, we’re in constant contact with everyday life, the events of every moment. This means hosting people, not just offering them a vision of space. We offer a vision of what’s contained in a space, because we live in this space every day. We’re not builders, even though we constructed this space together; we’re what comes after that; we’re the people who experience it. The project was carried out in close collaboration with Federico Scagliarini, among others. We talked through issues many times with him, as well as with other architects, in connection with the history of a place that, as I mention in the book, has had three different lives, first as a stable and then as a large tensile structure. It’s third life began from a reflection on these changes, to create a place for community. Today, more than 50 staff work here and every day hundreds of people gravitate around the space, thereby creating an economy linked to this area on the outskirts of Bologna. Here we breathe new life into recycled materials, not only for the economy of it, but also – and in particular – out of respect for them. We reuse wood, metals, and glass, all materials that I believe – well, we believe – are precious. All of them can have more than one life. That’s what Spazio Battirame is: a place that hosts different souls".

>>> Read more about Togetherness and its official launch with its contributors. 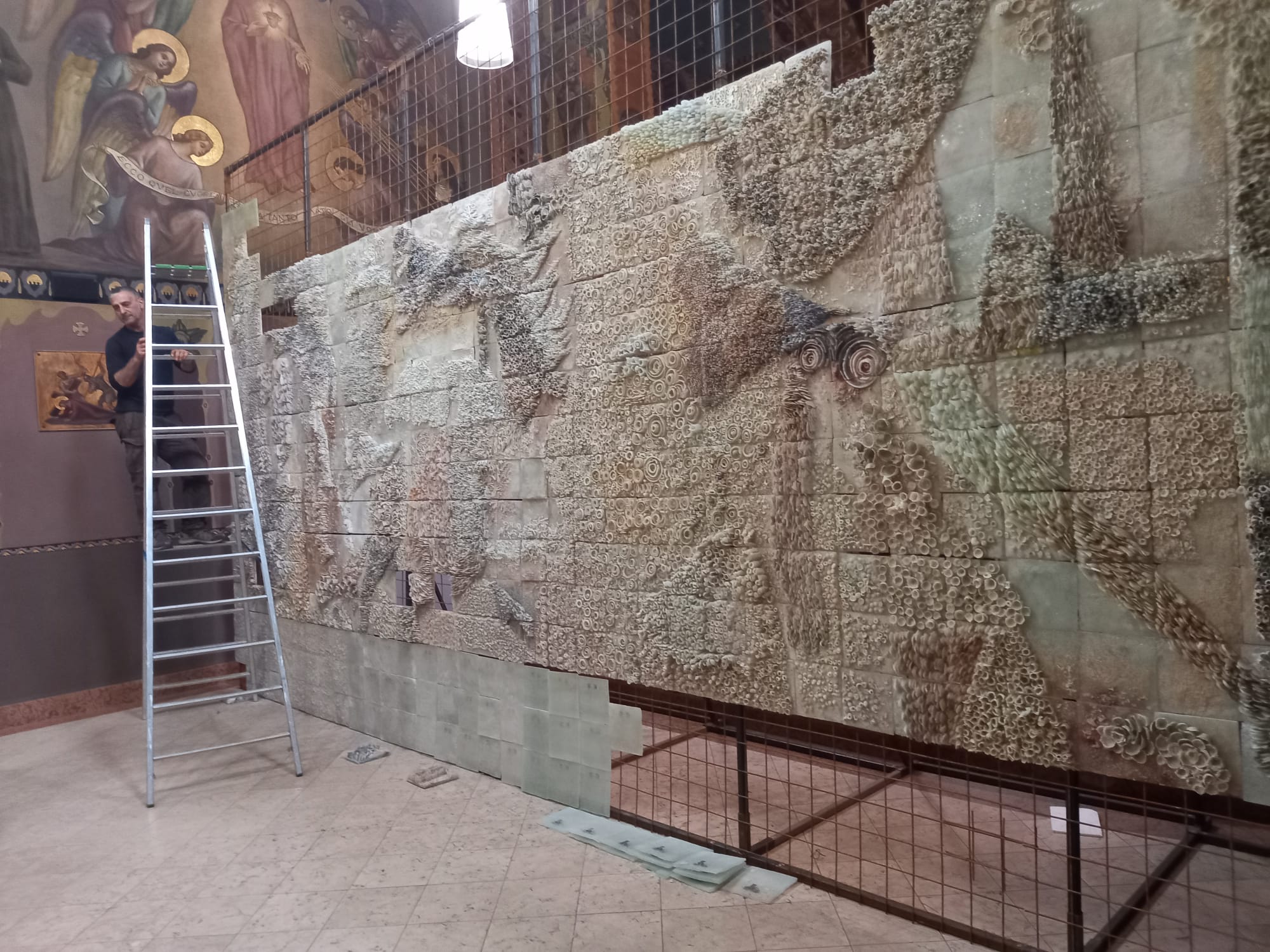