How is design increasingly making more of a significant difference for the future of our urban environments?

THE PLAN Journal takes another look at design for social impact 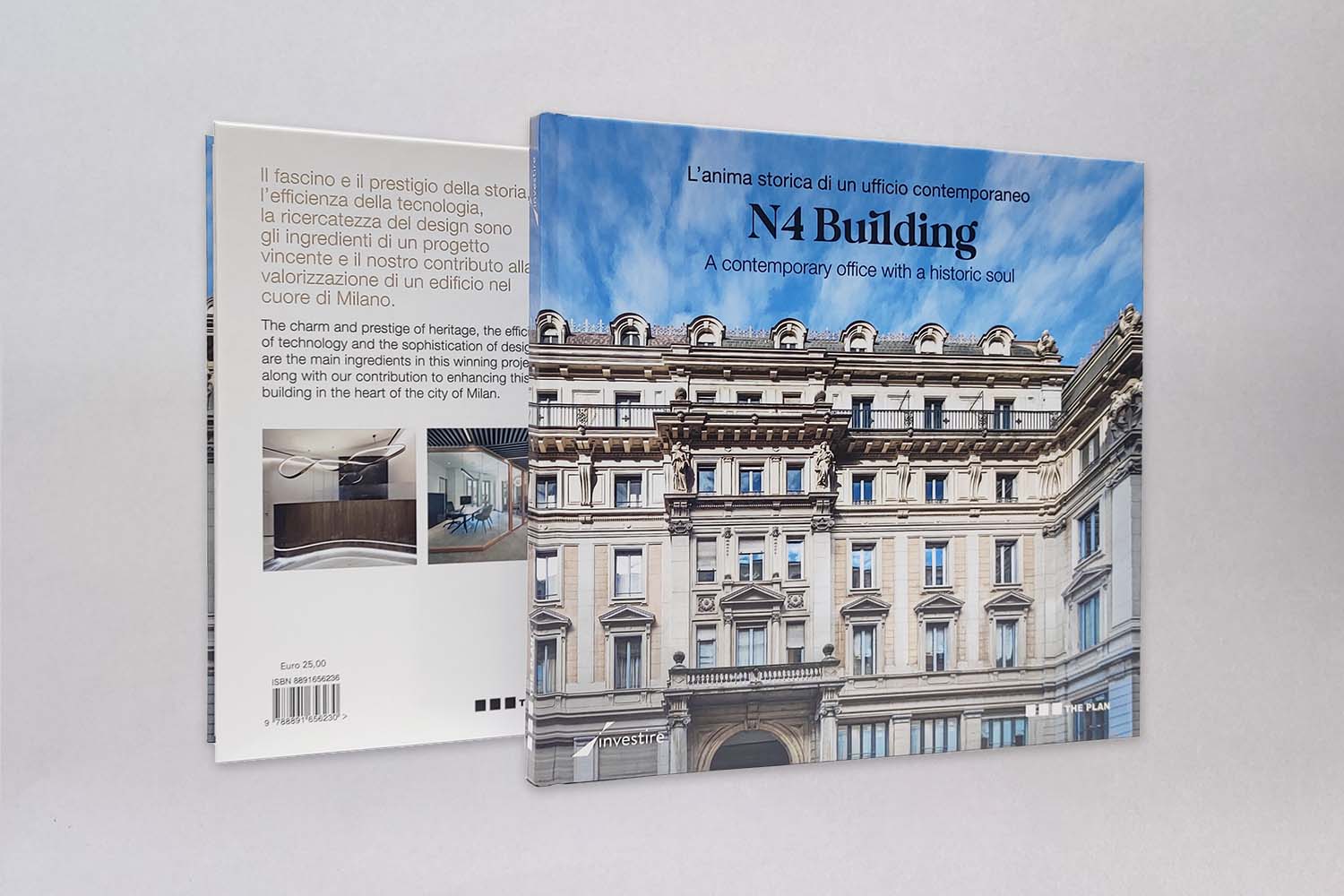 We are presenting some recent research from The Plan Journal’s theme on Design for Social Impact.

In the first article “Gentrification and the Heterogeneous City: Finding a Role for Design,” the authors Sally Harrison and Andrew Jacobs explain “That cities will change is indisputable: urban evolution mostly signifies healthy growth, but it is also true that in the contemporary context, gentrifying neighborhood change increasingly operates on an extraterritorial plane, happening quickly, opportunistically and unilaterally.” In the second contribution “Temporary Houses for Post-Disaster and Social Emergency,” the author Mariagiulia Bennicelli Pasqualis’ research “focuses on the theme of the resolution of the problem of emergency housing in urban and metropolitan areas, and on how to house about ten thousand of people within a short time, with comfortable and low cost dwellings, following a catastrophic event or a social emergency.” In the third contribution “Walk the Line. Architecture as a Catalyst for Socio-Spatial Connectivity,” the authors Tatiana Bilbao and Nuria Benitez look at “Miravalle [which is] is a relatively new neighborhood in Iztapalapa borough, by the eastern edge of Mexico City. It has been identified as a highly-marginalized area, as its 11,000 residents have poor access to public infrastructure, high rates of violence, and socio-economic discrimination is something most experience.”

Finally, we learn from Things We Could Design.

>>We encourage you to browse The Plan Journal and explore for yourself.

Making a Difference by Design

In the article “Gentrification and the Heterogeneous City: Finding a Role for Design,” the authors Sally Harrison and Andrew Jacobs explain:

“When the complexity of lived space is valued beyond simple currency of exchange, a broader expression of the city as oeuvre is free to unfold. Now the goal is not just to preserve a community’s ‘right to stay put,’ but having established a secure base, to serve the interests of the next scale of urbanism in the space where different communities overlap.” 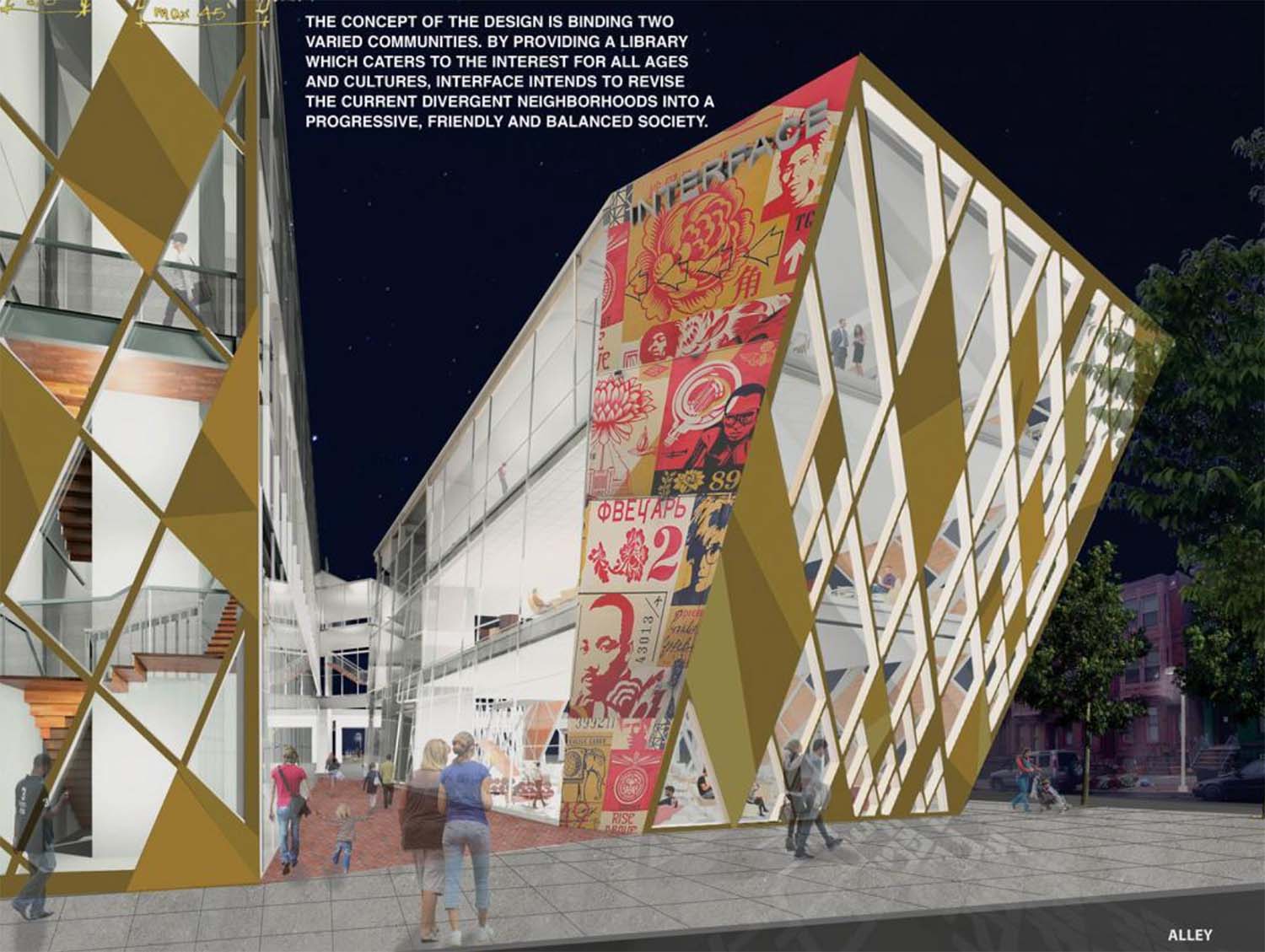 “Here, day-to-day contact with others’ spatial habits and expression accumulate. Sometimes highly ambiguous and fluid, the margins can be vigorously engaged, indeed celebrated, as sites of negotiation and contestation, where hybrid forms of collectivity are actualized.”

In the “Temporary Houses for Post-Disaster and Social Emergency,” the author Mariagiulia Bennicelli Pasqualis’ “virtual prototype, the test was conducted producing a developed design of a 3-storey housing system” … “to demonstrate that it is possible to realise quality residential districts, even in case of temporary building system for a post-disaster emergency.” 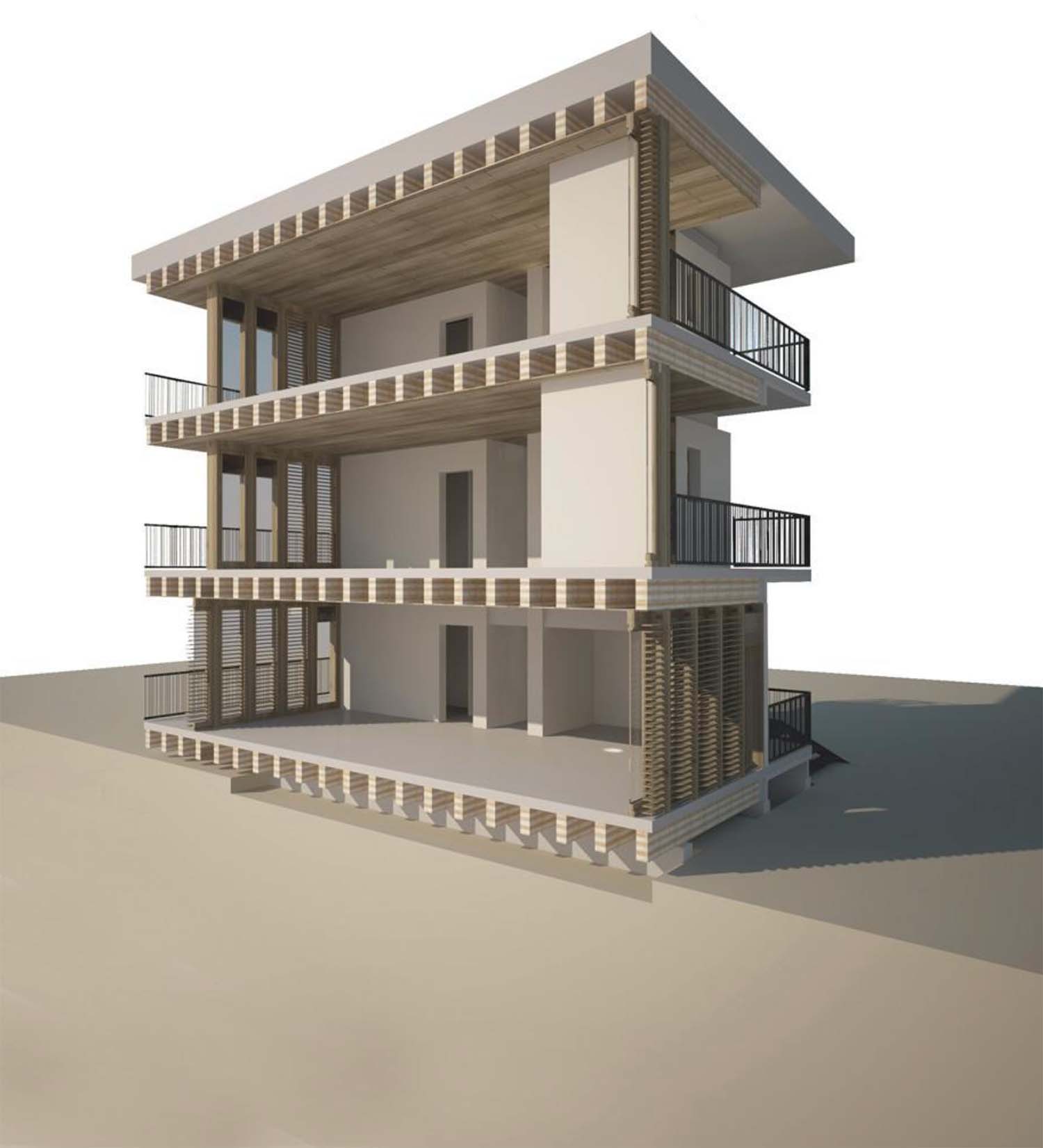 A sectional perspective of the structure of the SATOR project virtual prototype illustrating the balloon frame construction system of the living space unit.

“one of the central points at the base of the present study is primarily to show that through a symbiotic relationship among the authorities in-charge, universities, civil protection agencies, contractors and industrial suppliers within the building sector – along with a careful design activity – it is possible to realize comfortable, sustainable, agreeable interventions of temporary high-density building systems.”

In the contribution “Walk the Line. Architecture as a Catalyst for Socio-Spatial Connectivity,” the authors Tatiana Bilbao and Nuria Benitez share that:

“simple projects as this are also extremely difficult, as they affirm how society collectively prioritizes self-preservation over the collective wellness. Projects like the Park in Miravalle, whose process could be applied also elsewhere to integrate informal settlements, have zero monetary utility and it is therefore difficult to devote them time or to secure the necessary resources when individuals are unwilling to experiment.” 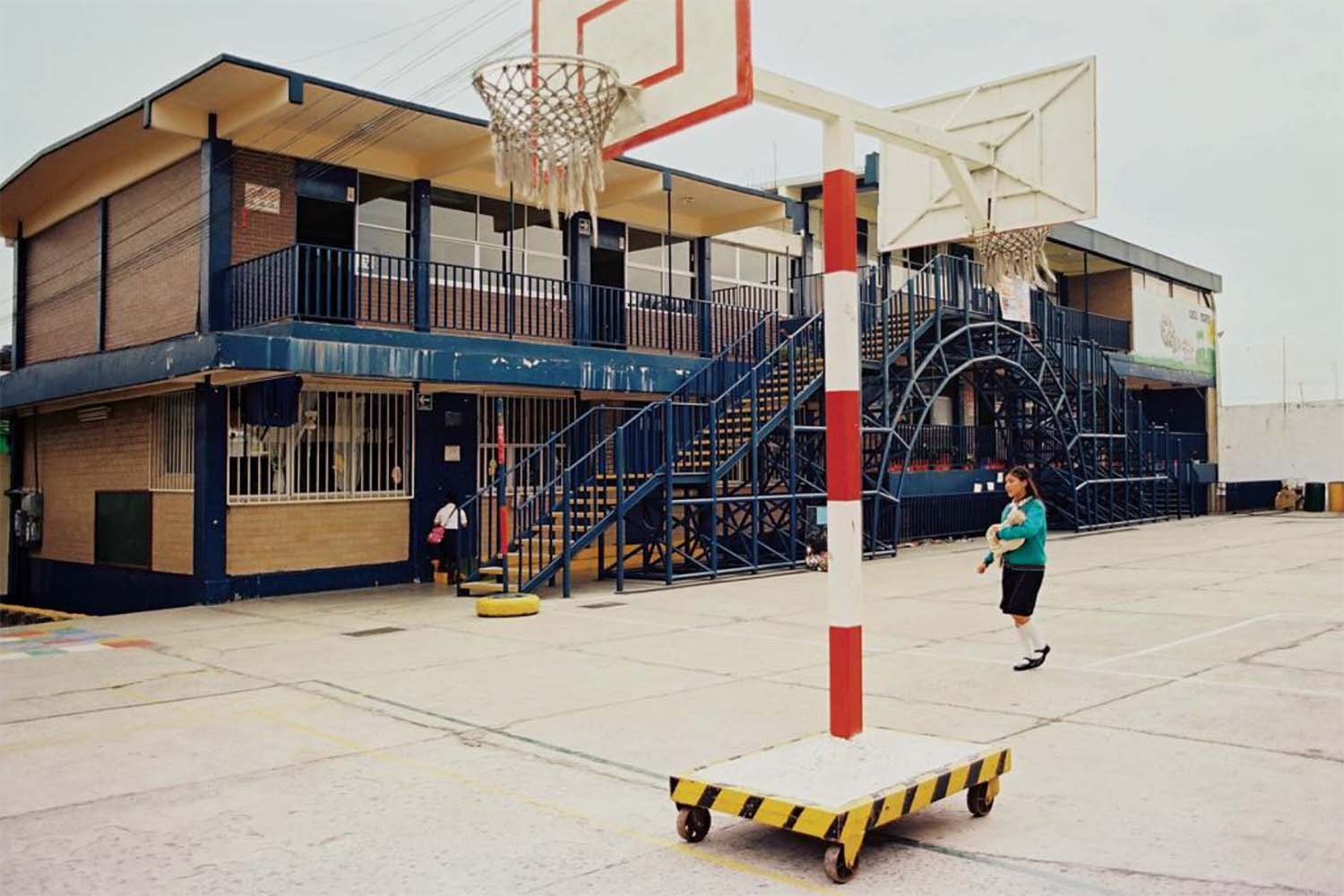 Bilbao and Benitez continue to explain:

“At the same time, this process demonstrates that, to a large extent, the project of building a Miravalle community has already been accomplished by community leaders and residents working in conjunction. The park and the light path serve as symbolic indicators of the community’s progress.”

Things We Could Design

In his 2021 Kyoto Global Design Award-winning book Things We Could Design (2021), the author Ron Wakkary combines design theory and posthumanist philosophies to argues for an approach that he calls “designing-with” which is a practice of recognizing ways in which humans are living amongst nonhumans. 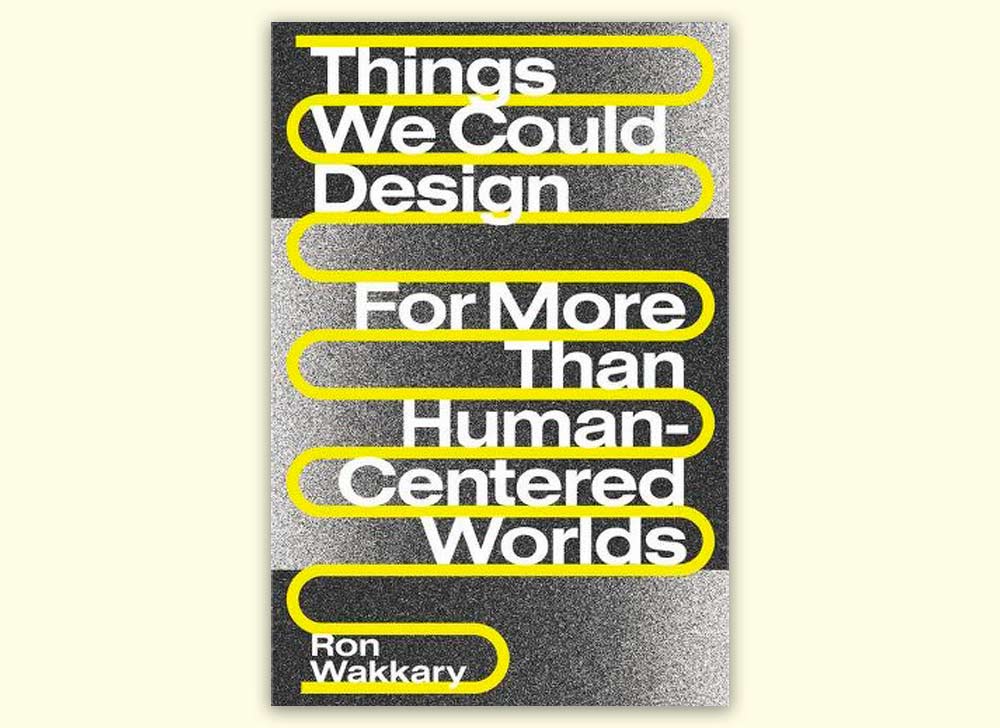 To learn more, check out: "Things We Could Design" 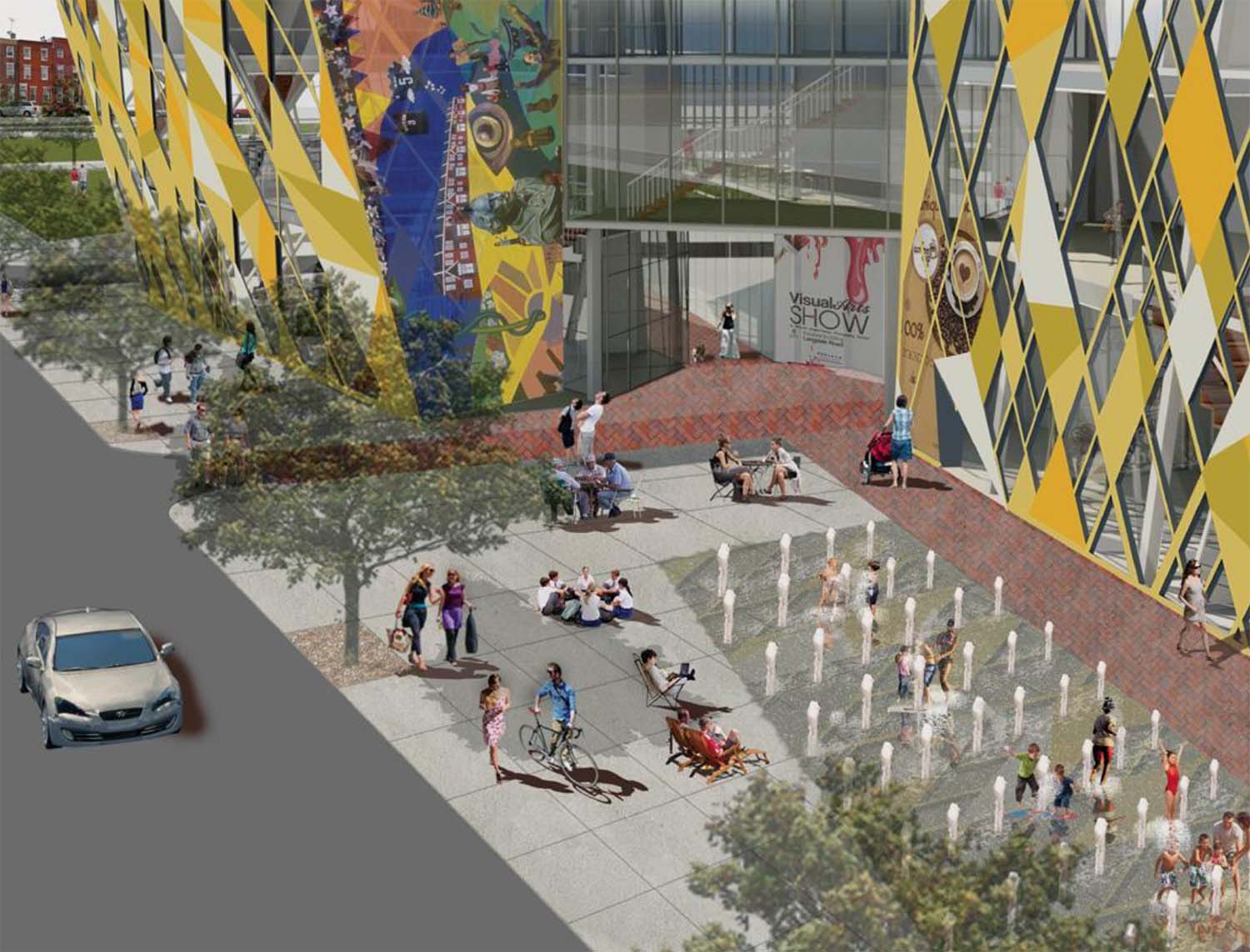