How Are Designers responding to the Urgent Call For Resiliency?

The Plan Journal (TPJ) aims to “enrich the dialog between research and professional fields, in order to encourage both applicable new knowledge and intellectually driven modes of practice.”
Maurizio Sabini, Editor-in-Chief of The Plan Journal 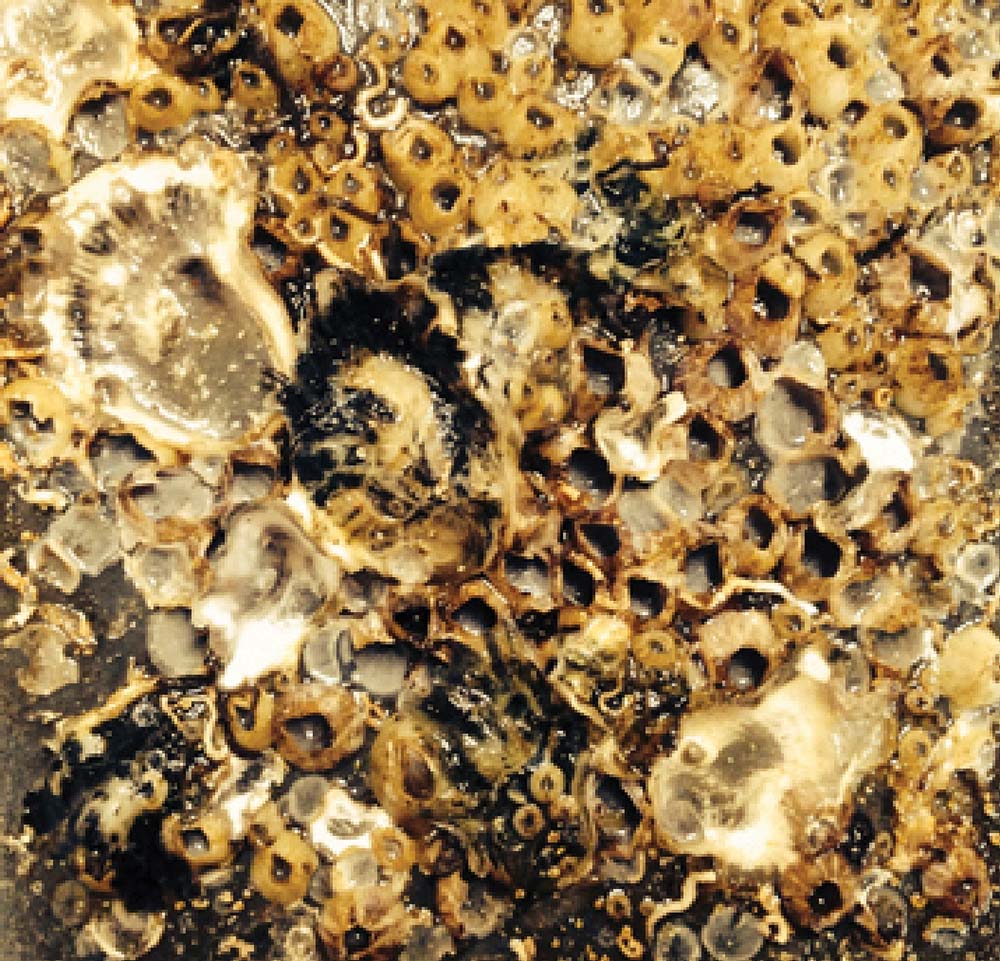 We are sharing some of the concepts and visions regarding resilient edges of The Plan Journal that impressed us. The first two articles are explorations and examinations. In the article “Integration of Habitat Grammars for Biodiverse and Resilient Coastal Structures,” the authors Keith Van de Riet, Jessene Aquino-Thomas and Pieter Conradie explain that “contemporary architectural ornament serves multiple purposes; articulated surfaces are no longer simply symbolic gesture but, in addition, contain material performance as expression of technological, environmental and other cultural factors.” In “An Eco-Leap Forward: Shifting Agriculture,” the authors Xinyu Xiao and Hai Anh Nguyen explain that “human activity has been changing the surface of the earth for several thousand years. In recent decades, the rate of change however was accelerated in the Yangtze River Delta, propelled by China’s rapid and continually chaotic process of urbanization and industrialization.”

The next two contributions consider San Francisco and Seattle. In the essay “Between Land and Sea: An Approach for Resilient Waterfront Development along the San Francisco Bay,” the author Gabriel Kaprielian explains that “the waterfront along the San Francisco Bay is facing a growing threat from sea-level rise. By the end of the century, a projected sea-level rise of 55 in. [140 cm] will affect an estimated 128 sq. mi. [331 km2] of urban development valued at $62 billion.” In “Groundedness as Risk: Adaptive Strategies for Ground Failures in Seattle,” the author Arthur Tai-Ming Leung shares that “‘Groundedness’ implies stability and permanence, but our reliance on the presumed fixity of the earth under our feet has led us to lose sight of its dynamism.”

>> We encourage you to browse The Plan Journal and explore its section dedicated to Resilient Edges for yourself.

In his editorial “An Urgent Task Ahead,” Maurizio Sabini, states:

It is critical that we see this call for resiliency not as a demand for defensive solutions to just fix a problem, but as an opportunity to re-imagine more adaptive environments and a more sustainable world. Henk Ovink, the Dutch special envoy on water affairs, has put it well: “Water is not an enemy. It was never an enemy. It is not a fight, because you will always lose. Resiliency actually means you are not only bouncing back after a disaster, you improve. You bounce back better.” 7 (159)

Notes
7 Henk Ovink, Special Envoy for International Water Affairs for The Netherlands (and former advisor for the Obama administration), as quoted in “What the Dutch Can Teach the World about Managing Floods,” CBC/Radio-Canada, The Sunday Edition with Michael Enright, September 3, 2017: http://www.cbc.ca/radio/thesundayedition/the-sunday-edition-september-3-...

>> The editorial can be found here in TPJ (in English) 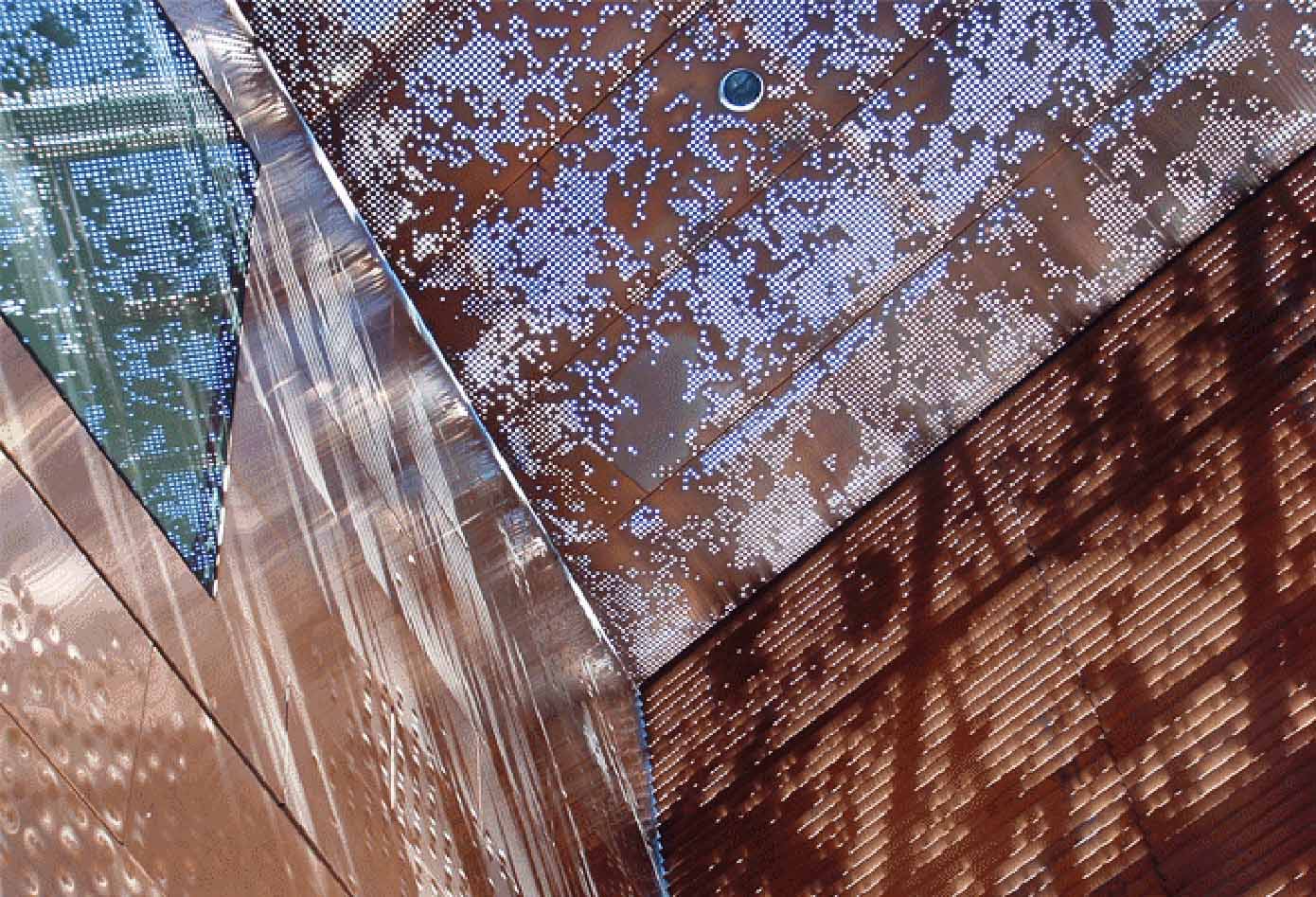 Van de Riet et al. elaborate, “the manifestation of these bio-inspired materials can be compelling spatial narratives that speculate on the blending of nature and architecture.”

>> The article is available here in TPJ (in English) 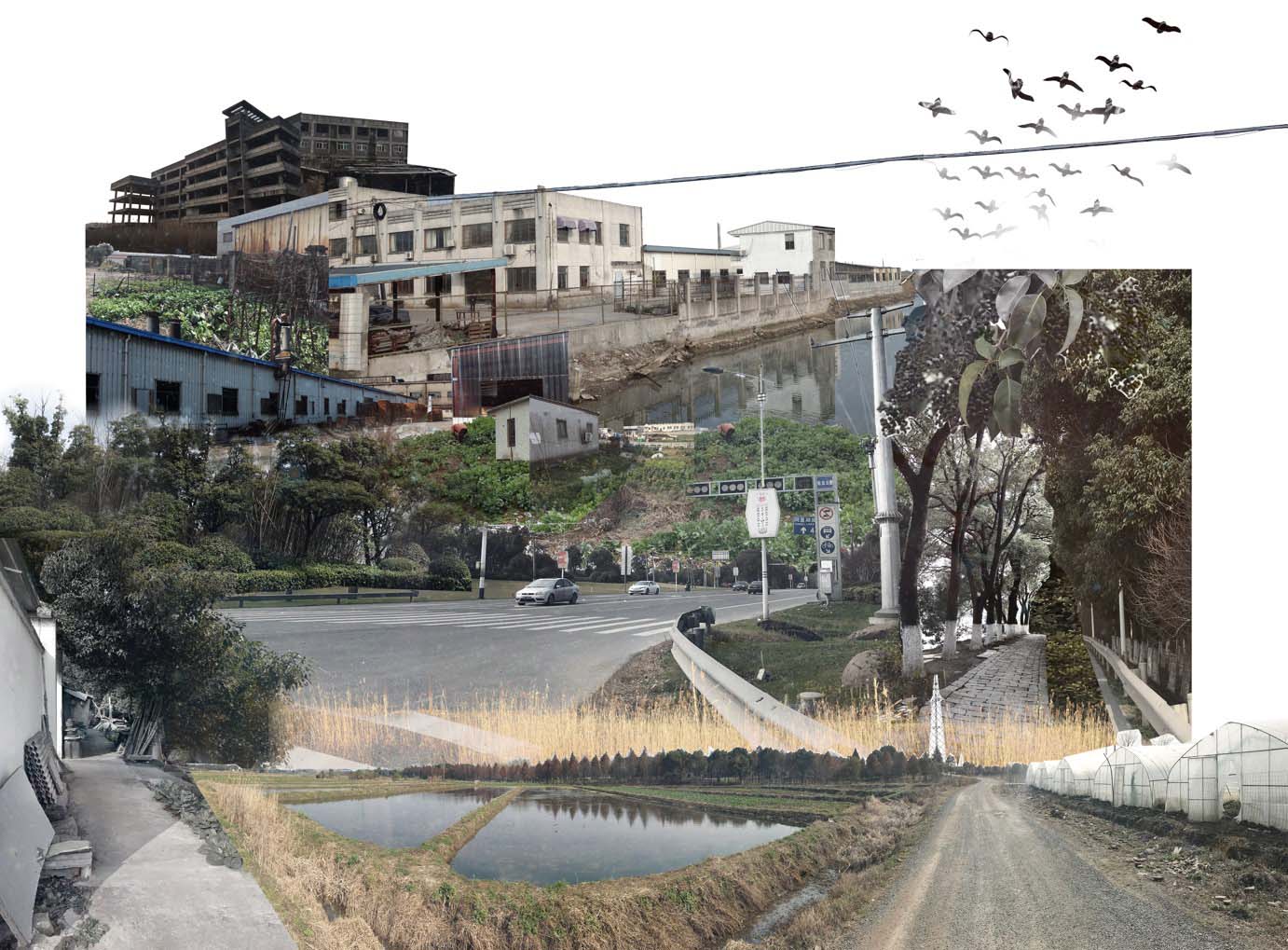 Xiao and Nguyen investigate “how to achieve an ecological resilience by enhancing biodiversity and by reviving and revising productive landscape.”

>> To learn more, check out the article here in TPJ (in English)

In the essay “Between Land and Sea: An Approach for Resilient Waterfront Development along the San Francisco Bay,” the author Gabriel Kaprielian explains that “2.1 million people and 660,000 homes are estimated to arrive by 2040, adding to the 7 million current Bay Area residents.” 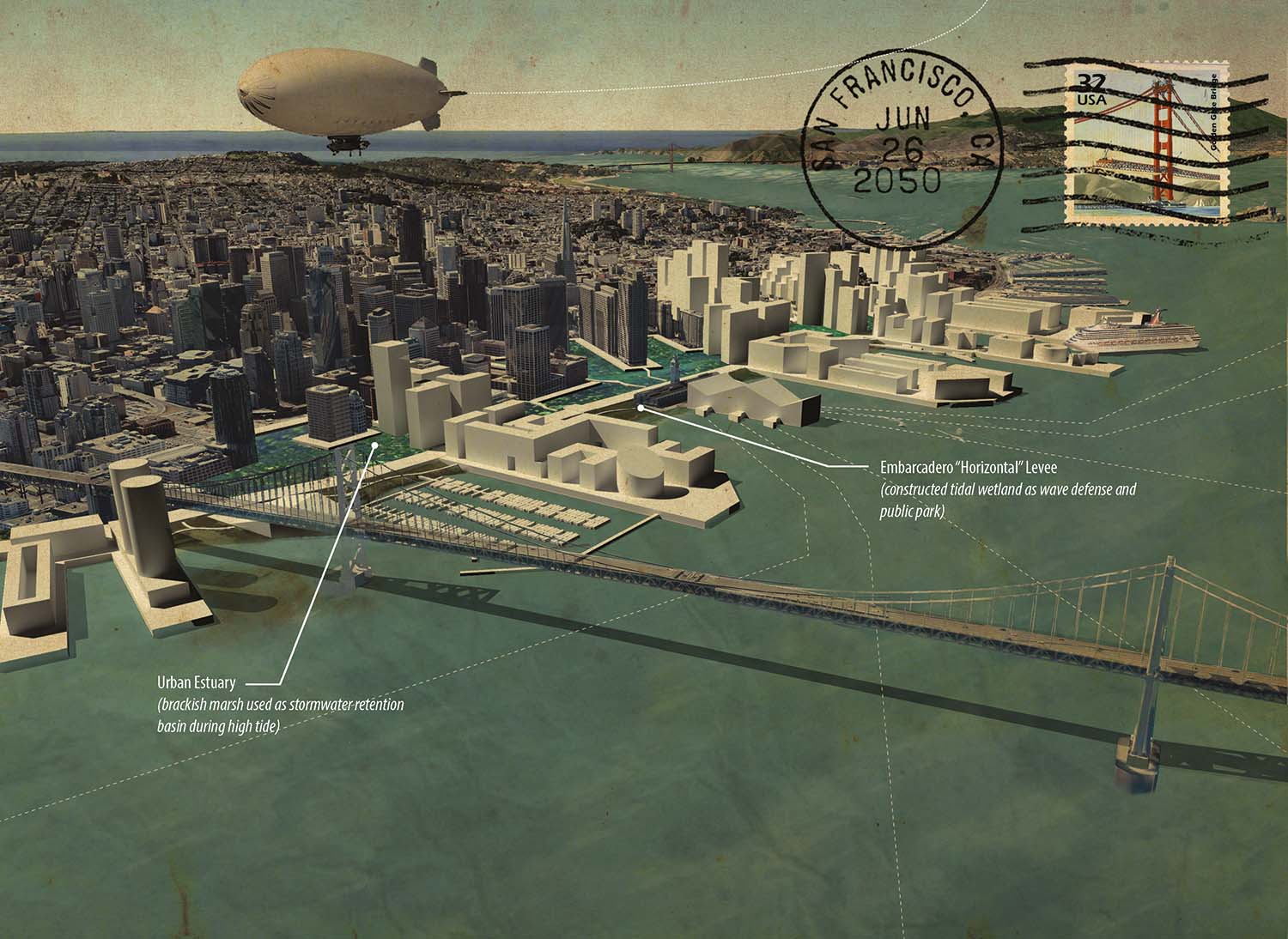 San Francisco visions of the future.

Kaprielian further explains that “sea-level rise will affect the ecology of the San Francisco Bay, threatening to submerge the majority of existing tidal wetlands by mid-century. To combat sea-level rise, many are calling for increased shoreline protection, while others suggest the removal of urban development in areas at risk of inundation, allowing tidal wetlands to migrate to higher elevations.”

>> To learn more about Kaprielian’s proposed solution, read his article at here in TPJ (in English)

In “Groundedness as Risk: Adaptive Strategies for Ground Failures in Seattle,” the author Arthur Tai-Ming Leung explains that “urban development, predisposed to Engineering Resilience, has exacerbated disasters by attempting to fix and control ground without considering the recombinant and indeterminate systems of Ecosystem Resilience.”

Excerpt from the masterplan applying adaptive strategies over the next 100 years.

Leung continues to explain that “Seattle is the largest city in a region due for its “Next Big One” - a megathrust earthquake in the Cascadia Subduction Zone.”

>> The abstract can be found here in TPJ (in English)

In 2013, The Rockefeller Foundation launched 100 Resilient Cities (100RC) to assist cities in building their economic, physical and social resilience as they experience rapid growth. The members of the 100RC network of cities were provided with the resources necessary to develop a roadmap to resilience. Among the cities are San Francisco and Seattle.

Resilient San Francisco was organized with the public, private, and nonprofit sector, as well as with local stakeholders. It is a result of the dedication of 100RC Partners and philanthropic organizations. One of their actions outlined in San Francisco’s plan is a regional design competition to address seismic events and sea-level rise. The city’s  goal is to have a disaster-resilient waterfront by 2040.

Seattle is striving to create:

more affordable housing in every part of this city and make meaningful progress for those experiencing homelessness; building true economic opportunity for young people and all workers.

Just look at our waterfront- we are reconnecting our city with our heart: the Puget Sound. We are opening up the space we need to create a 20 acre park right at our front porch for everybody who calls Seattle home. 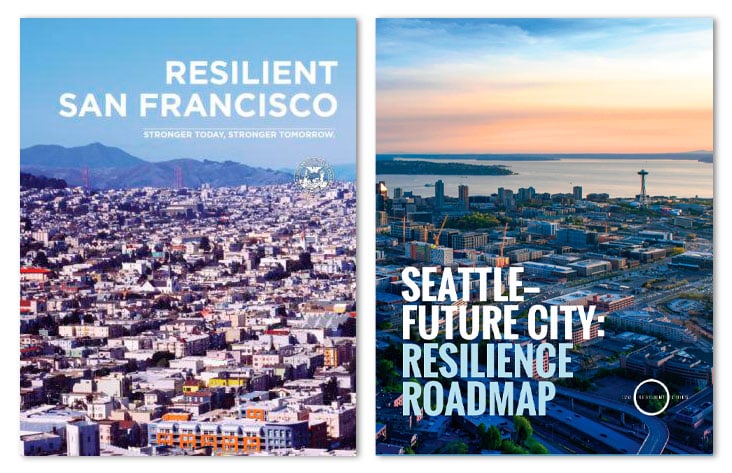 The original 100 Resilient Cities organization concluded on July 31, 2019, but on July 8, 2019, The Rockefeller Foundation announced an $8 million commitment to continue assisting the work of the 100RC network member cities. This new funding is to continue supporting resilience initiatives that started through the efforts of 100RC.