Cryptocurrencies and blockchain technology: the smart city of the future in Nevada 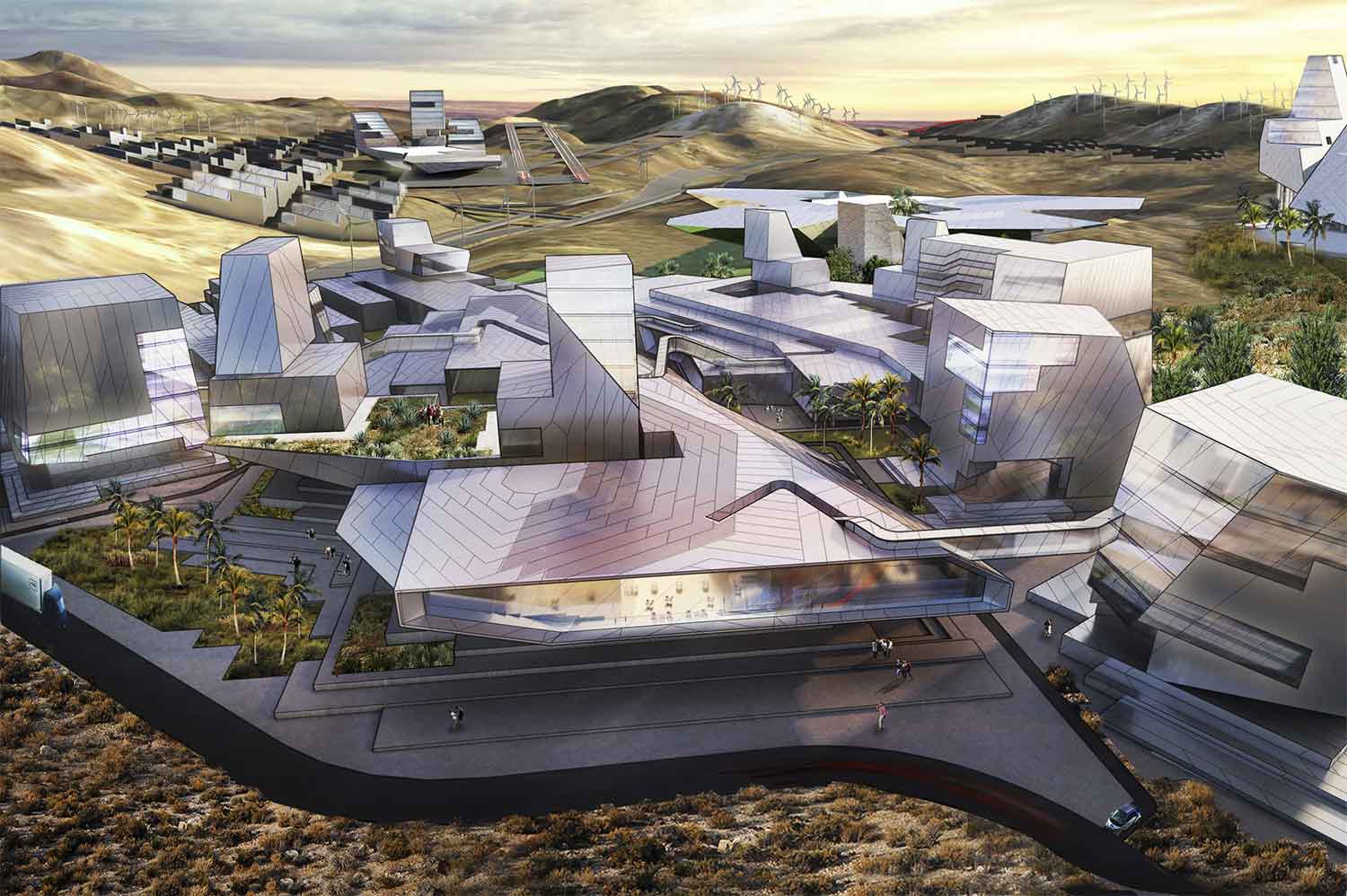 We often talk about how society would change if we made the move to cryptocurrencies like Bitcoin. But what if a whole city was built around them? Sure, they’re simply digital currencies, but the blockchain technology they use is ripe to not only revolutionize the digital world but also the real one.

Jeffrey Berns, CEO of Blockchains LLC, is poised to build the world’s first smart city in which all the buildings, infrastructure, parks, and people would be securely interconnected by blockchain technology.

This is an urban revolution that could also embrace the most advanced technologies of today, including fully autonomous self-driving cars, drones for delivering purchases, and total energy autonomy. Innovation Zones is the name of a proposal promoted by Steve Sisolak, governor of Nevada, to give American big tech companies, such as Google, Apple, Amazon, and Facebook, more autonomy and incentivize their transfer to the state. But the invitation has been extended to all companies involved in innovative work in the fields of blockchain technology, healthcare, robotics, renewable energy research, biotechnology, self-driving vehicles, and similar cutting-edge sectors.

Groundbreaking schemes like this are nothing new in Nevada. Tesla Giga Nevada, Elon Musk’s sprawling lithium battery factory, has been operating here for several years. The real challenge today for planning for tomorrow, however, is to create the right conditions for the design of autonomous hi-tech districts.

The background to Steve Sisolak’s comments is the imminent construction, near Reno, of a blockchain-powered smart city. A few years ago, Jeffrey Berns, who made his fortune with Ether, the cryptocurrency competitor of the famous Bitcoin, bought a huge plot of land in the Nevada Desert near Reno for 170 million dollars. His plan is to build Innovation Park, a new utopian city that fully exploits blockchain technology. To realize his vision, Berns turned to Tom Wiscombe Architecture and Ehrlich Yanai Rhee Chaney Architects (EYRC), who brought his ideas to life in a series of images and renders that anticipate the design of the smart city of the future. Homes, offices, colleges, research campuses, all united by a new form of urban citizenship that allows people to fully exploit the potential of blockchain technology. Bitcoin made it possible to move money around without having to go through banks. Blockchain advocates like Berns believe that virtual banks shared by their users, with no intermediary, would allow ordinary people to have more control over their data, without having to rely on companies or governments.

So, in the smart city of the future, all residents would have a blockchain-based ID to both store their personal information and vote securely. Berns’ smart city demonstrates how business, daily life, and commerce are able to thrive alongside the new technologies that are changing the world. Efficiency, sustainability, transparency, and security would not be compromised but guaranteed. Blockchain technology would become the engine of the city, guaranteeing equity and democracy.

A smart city of this type would also be the ideal place to experiment with new ways for running cities, such as using drones for deliveries, infrastructure based around fully autonomous and fully electric self-driving vehicles, and the construction of facilities to power the city with 100% renewable energy.

Electricity would be generated using renewable sources, such as solar and wind. Water, the most precious resource, would be recycled to achieve maximum efficiency with zero waste. The buildings would form the glue between people, nature, and the surrounding desert.

All these ideas are featured in the plan for the smart city of the future devised by Jeffrey Berns, Tom Wiscombe Architecture, and Ehrlich Yanai Rhee Chaney Architects (EYRC), which appears to be set to move into the construction phase in 2022. The project will definitively open the door to building new cities based entirely around new technologies that far exceed in size the giant tech campuses created by Facebook, Google, and Amazon in neighboring California. 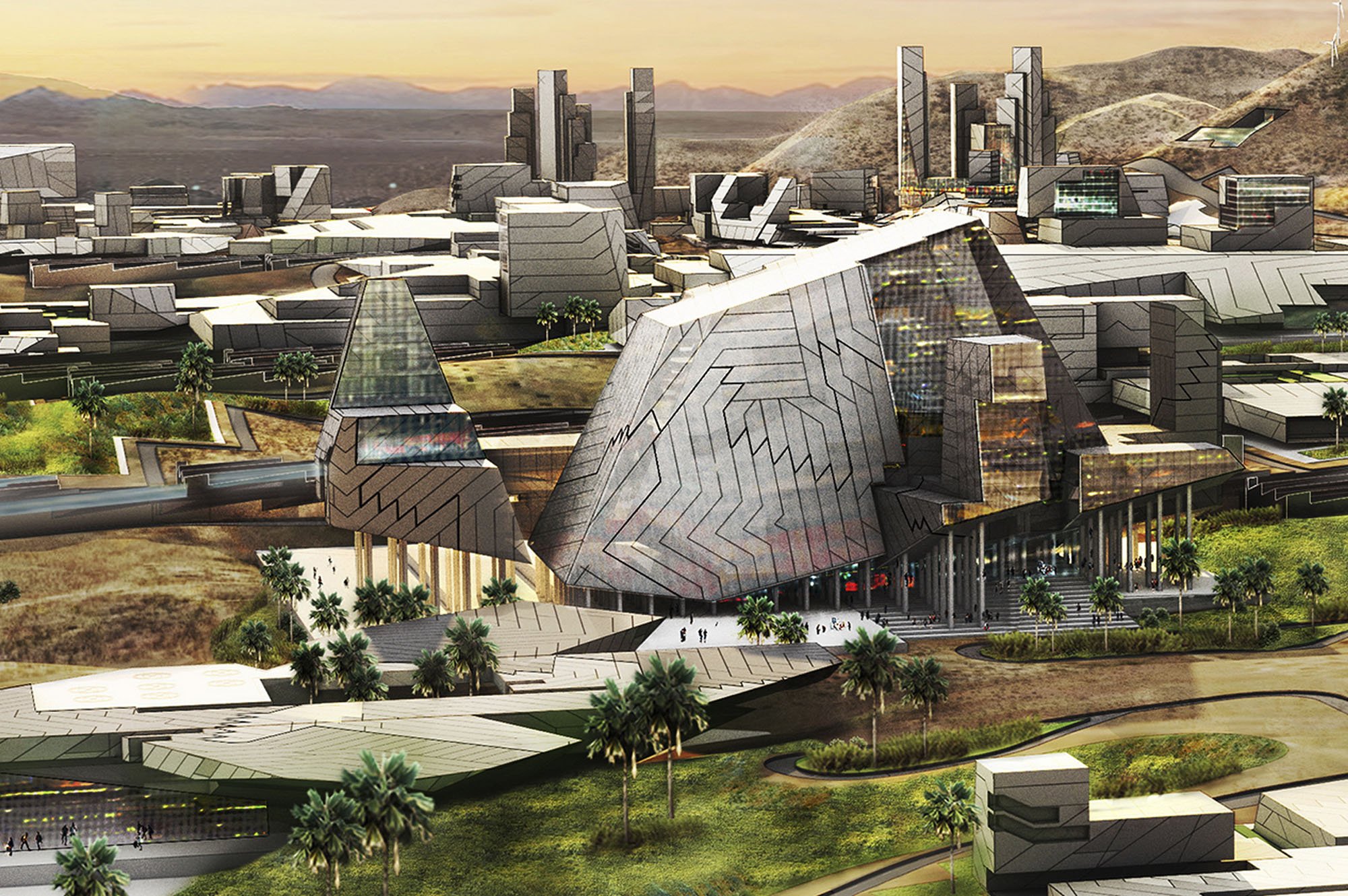 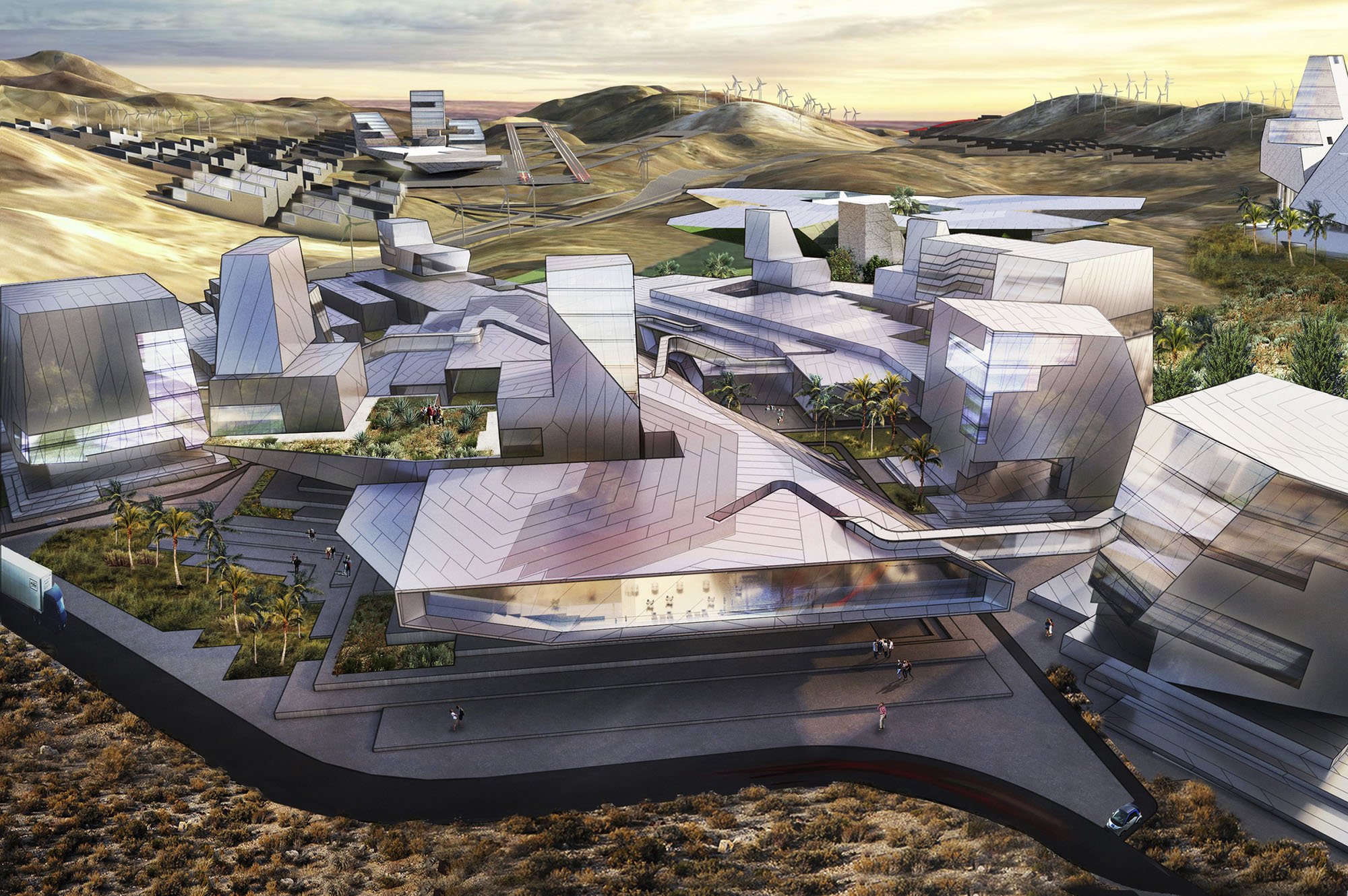 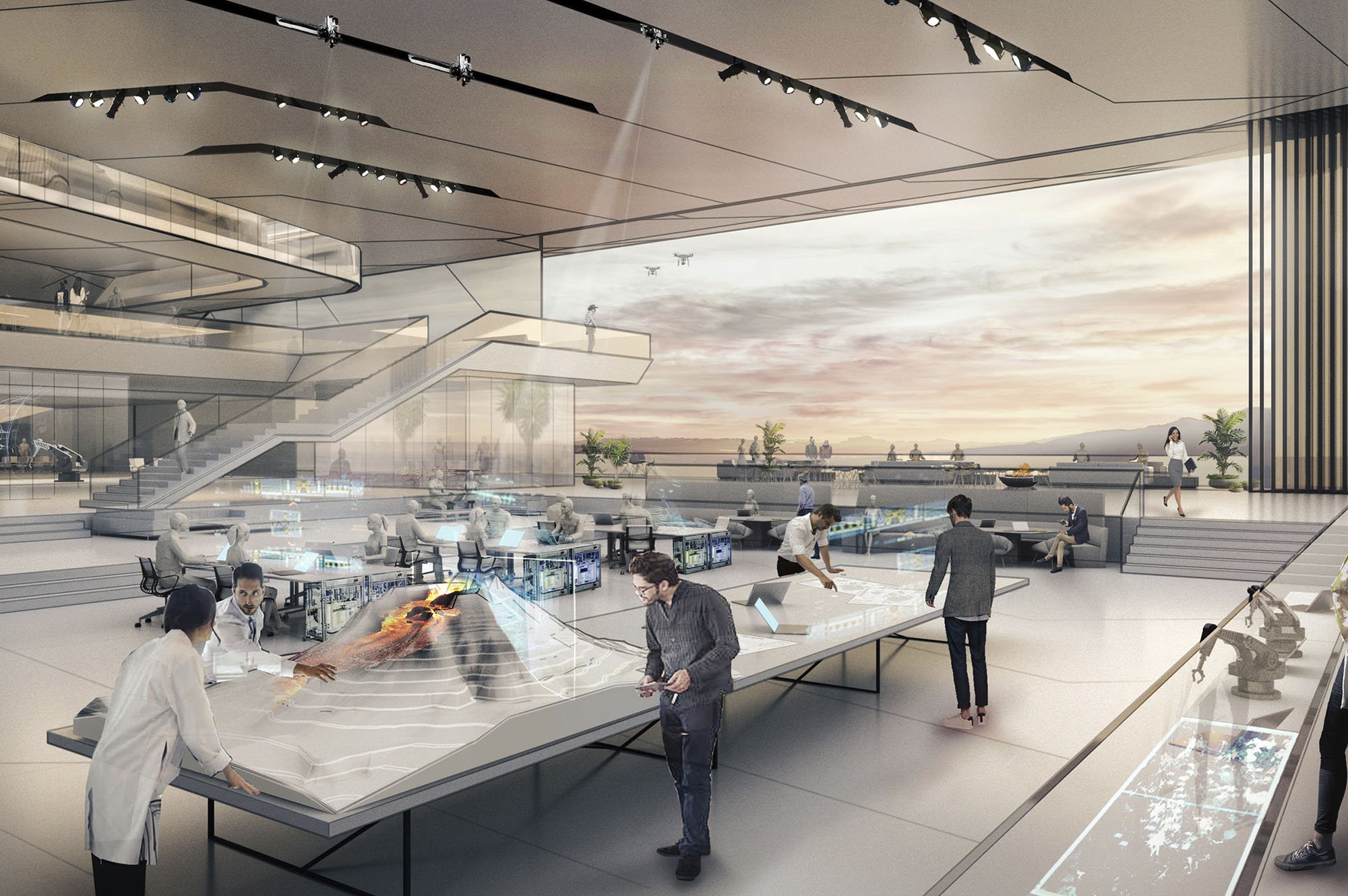 Qucess Design has completed redevelopment of the Digital Economy Innovation Industry Base ‒ a technological centre in Zhongguancun.... “The Wing,” the creative complex in Oxfordshire inspired by aviation engineering

The new complex, known as “The Wing” is located south of Henley-on-Thames, Oxfordshire – a complete manufacturing and technology center for UK l... 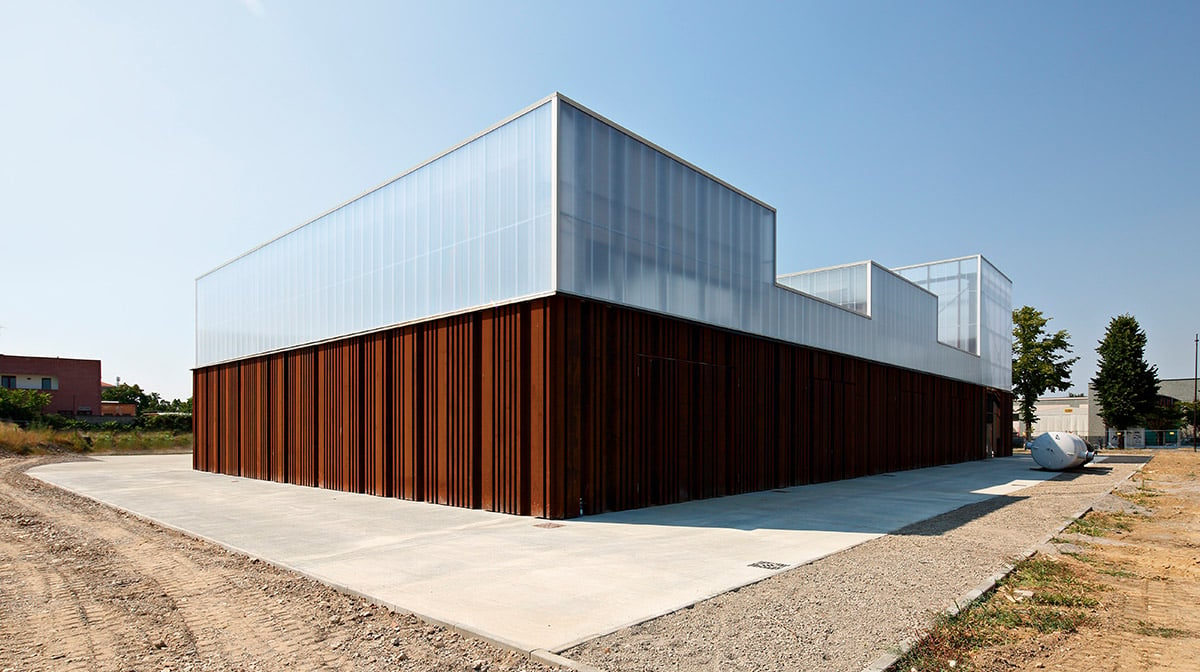 The question of brownfield sites is central to the current debate on the contemporary city. Often the result of a changing industrial scene and the ad...