COP27 now underway in Sharm El-Sheikh: from climate to architecture 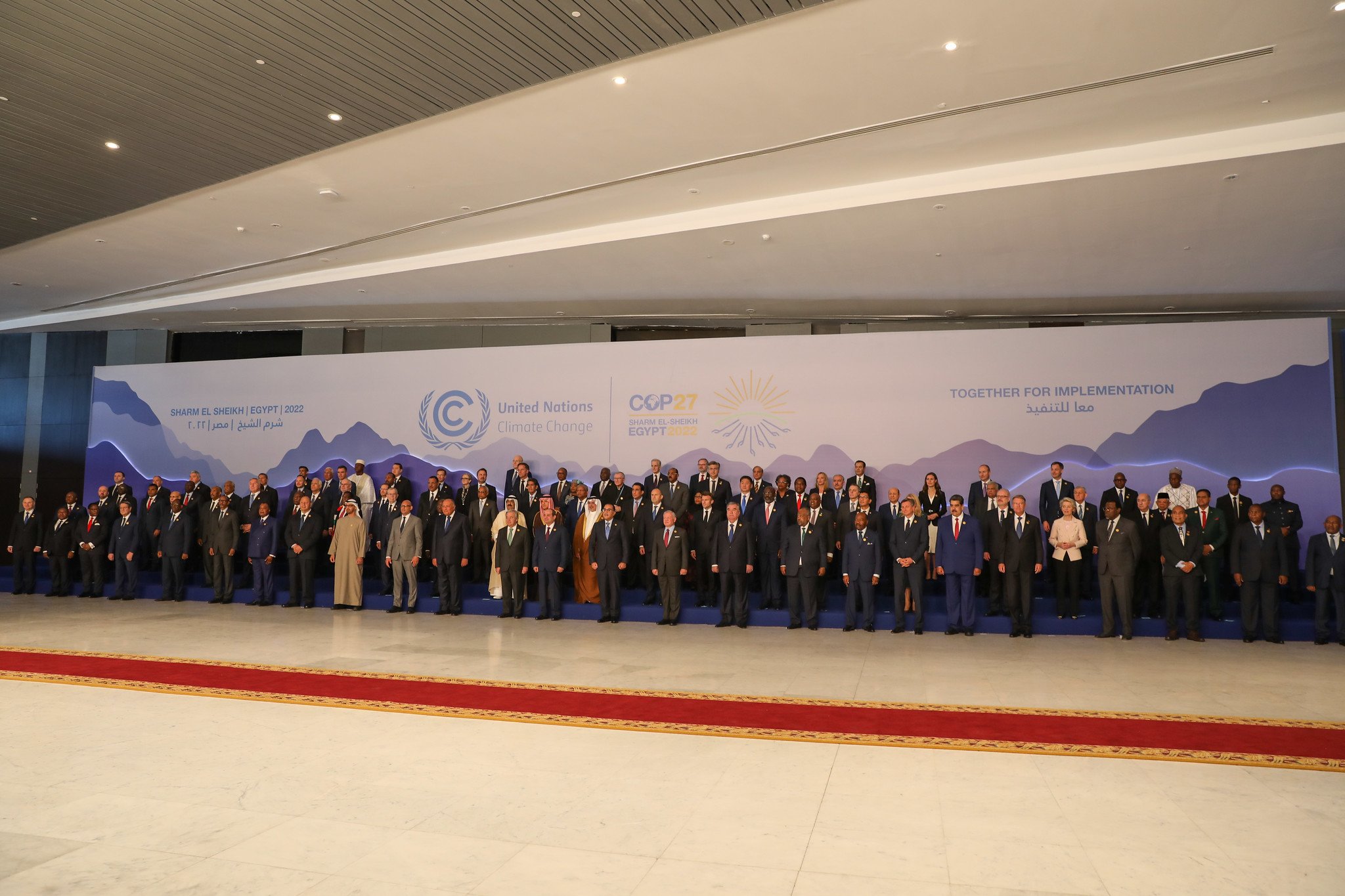 With the world on the brink of “climate chaos,” as UN Secretary-General Antonio Guterres described it, the 27th Conference of Parties to the UN Framework Convention on Climate Change (UNFCCC) just got underway in Sharm El-Sheikh. Meanwhile, our newspapers are full of bad news about the war in Ukraine, and economic and social crises around the world. Scheduled for November 6–18, the event began with the opening conference and a summit of heads of state and government. Among the most notable absentees were Chinese leader Xi Jinping and Indian president Narendra Modi, who both sent delegates in their place.

“The planet is heading towards irreversible climate chaos,” warned Guterres on the eve of the summit. “COP27 must be the place to rebuild trust and re-establish the ambition needed to avoid driving our planet over the climate cliff. It is time for a historic pact between developed and emerging economies. A pact in which developed countries deliver on the commitment made in Paris and make an additional effort to reduce emissions in line with the 1.5-degree goal.”

Data from the World Meteorological Organization’s Provisional State of the Global Climate in 2022 report confirmed the warning: the last eight years were the warmest on record, fueled by ever-rising greenhouse gas concentrations and heat accumulated in the oceans. The global mean temperature in 2022 is around 1.15°C above pre-industrial levels (i.e. the average temperature of the period 1850–1900). This is resulting in glacier melt, rising sea levels, desertification, and extreme climate events: “We have such high levels of carbon dioxide in the atmosphere now that the lower 1.5°C [against pre-industrial levels] of the Paris Agreement is barely within reach,” said WMO secretary-general Petteri Taalas. “It’s already too late for many glaciers, and the melting will continue for hundreds if not thousands of years, with major implications for water security. All too often, those least responsible for climate change suffer most – as we have seen with the terrible flooding in Pakistan and the deadly, long-running drought in the Horn of Africa. But even well-prepared societies this year have been ravaged by extremes – as seen by the protracted heatwaves and drought in large parts of Europe and southern China.” The Provisional State of the Global Climate in 2022 also reports that the 2022 drought caused a food crisis and food insecurity for 19 million people in eastern Africa. Floods killed 1700 people in Pakistan and forced almost eight million people to leave their villages.

Figures like these form the backdrop to Antonio Guterres’ insistence that rich and poor countries must sign a genuine pact for climate solidarity:

“A pact in which all countries make an extra effort to reduce emissions this decade in line with the 1.5°C goal. A Pact in which wealthier countries and international financial institutions provide financial and technical assistance to help emerging economies speed their own renewable energy transition. A pact to end dependence on fossil fuels and the building of new coal plants. A pact that will provide universal, affordable, sustainable energy for all.”

Italy at COP27 and the Italian Pavilion 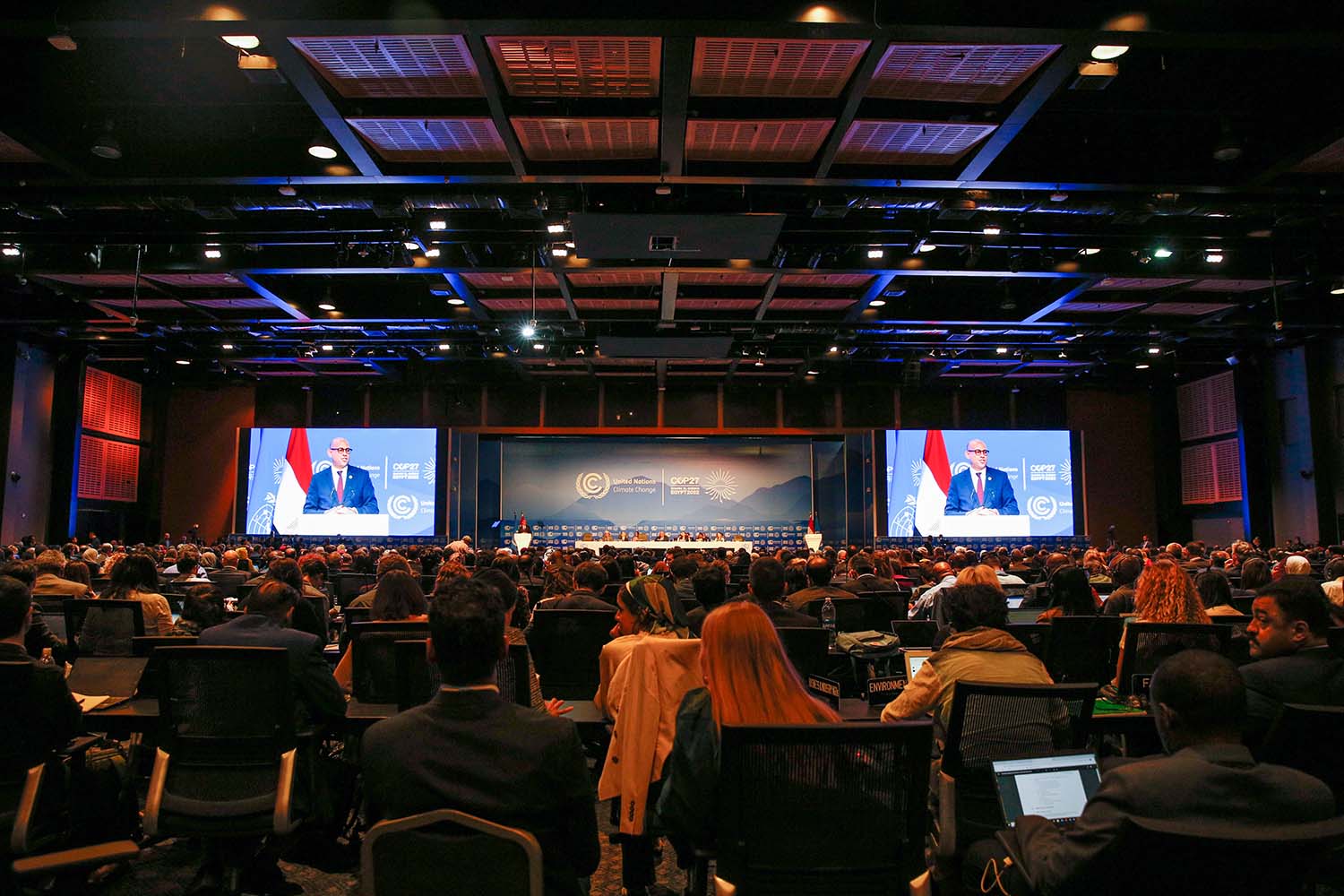 The Italian Pavilion at COP27 is hosting 41 themed events put together by universities, research centers, foundations, regional governments, and businesses.

Opening the program at 3:30 p.m. on November 7 was a conference entitled “Green Obsession. Trees Towards Cities, Humans Towards Forests,” chaired by architect Stefano Boeri, followed by “The Italian Climate Fund,” presented by Cassa Depositi e Prestiti.

Organized in collaboration with Italy’s Ministry of Ecological Transition, “Green Obsession. Trees Towards Cities, Humans Towards Forests” opened with the official welcome in the presence of Olga Algayerova, executive secretary of UNECE and under-secretary-general of the UN. Next was Stefano Boeri’s keynote speech on the “Green Obsession,” that is, the design approach guiding his studio towards a paradigm shift to counter the environmental crisis from the perspective of ecological transition.

Finally, there was a round table session on the theme “Living City and Nature. The Integration of Nature-Based Solutions in Urban Contexts.”

The UN urges architects, engineers, and urban planners to apply the principles of sustainability In early October, Stefano Boeri Architetti and Foster + Partners pledged their commitment to translating the priorities of the San Marino Declaration, presented at the 83rd session of the UNECE Committee, into concrete actions. As the first signatories to the declaration, along with the represented governments, the firms are promoting principles of sustainable and inclusive urban design and architecture that need to be applied to the design of all building and urban development projects. The declaration is intended to bolster the role of architects, engineers, surveyors, urban planners, and designers in delivering homes, infrastructure, and cities that are sustainable, safe, healthy, socially inclusive, climate neutral, and circular.

“At this time in the history of the human species on the planet,” said Stefano Boeri, “architects and urban planners have a fundamental responsibility to minimize carbon dioxide emissions and energy consumption, and maximize renewable energy capturing devices by integrating increasing shares of biological and vegetated surfaces into buildings, and adapting a sustainable, electrified mobility model for public transport. We’ll be taking the San Marino Declaration to COP27 in Sharm El-Sheikh as an appeal to architects and pledge to get as many of them onboard as possible.”

The principles of sustainable urban design under the San Marino Declaration The San Marino Declaration sets the goal of designing every city, all urban infrastructure, and every building according to a series of integrated and indivisible principles that ensure the centrality of people, social responsibility, and inclusiveness, while integrating both diversity and equality through adequate consideration of the needs of all individuals and families. It calls for respect for cultural identity, values, and the heritage of places, buildings, and communities; resource efficiency and circularity to limit the use of energy and resources in favor of recycled materials; safety and health; respect for nature and natural systems and design processes that respect plants, animals, other organisms, and natural habitats; and climate neutrality through urban planning and redevelopment. It likewise calls for resilience, durability, functionality, and foresight, as well as interdisciplinary cooperation and networking to foster community involvement.

“At this time of crisis,” added Norman Foster, “we can find great hope in the courageous actions being taken to make cities around the world climate neutral, safer, and more inclusive and resilient. However, with the scale and urgency of the challenges ahead of us, planners, architects, engineers, and designers – along with other key drivers of our cities, such as civic leaders, managers, and developers – have a unique duty to bring about transformative change on a large scale. I invite everyone to devote their creativity and competence to committing to the principles outlined in the Declaration of San Marino, prepared by the United Nations.”

As well as the two studios, the signatories to the declaration include the San Marino Order of Architects. 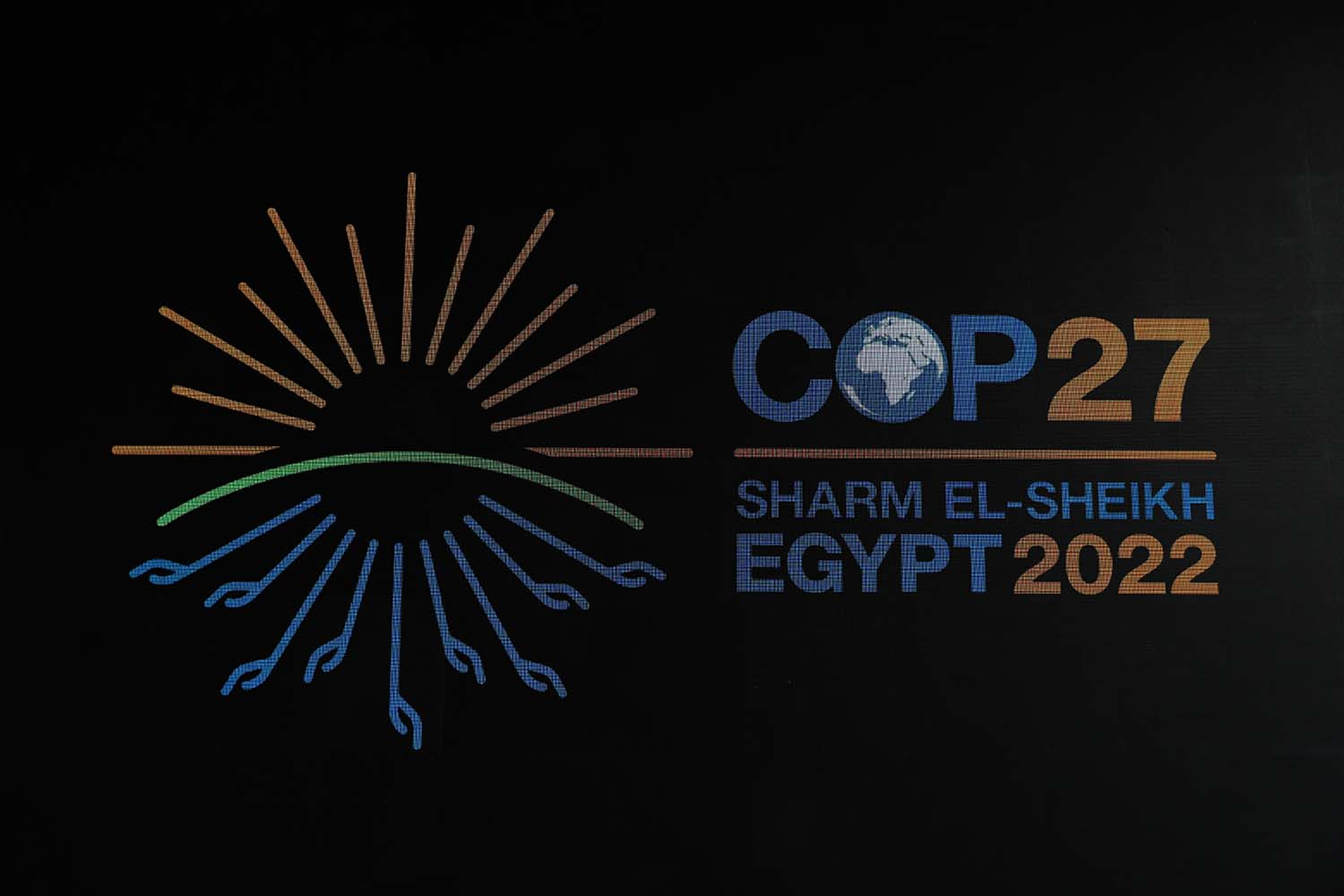 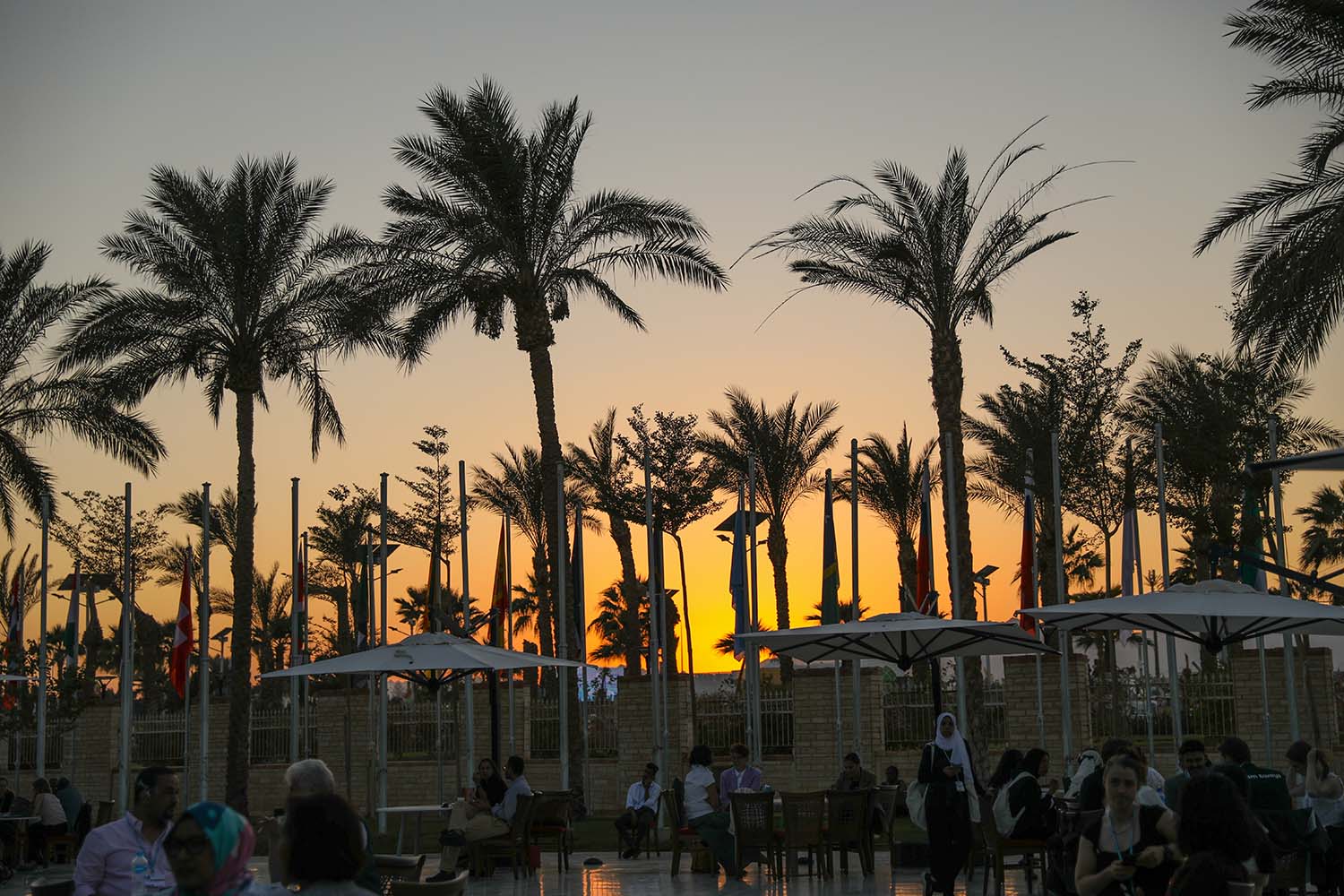 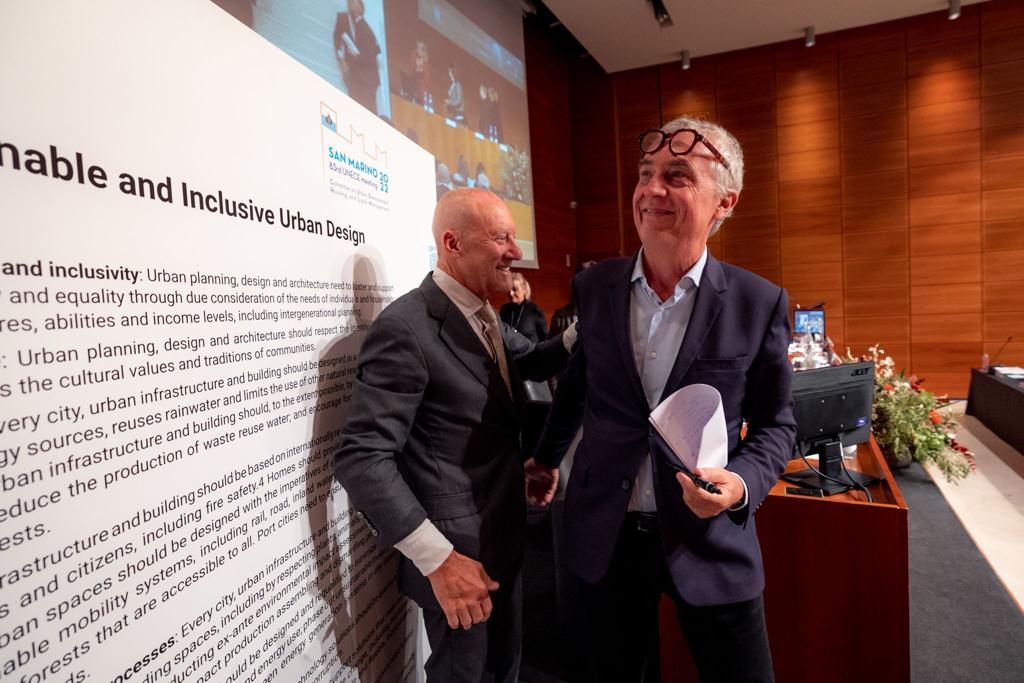