Diamond-like, holistic, and sustainable – although the first of the two skyscrapers to be built in CIBC Square might just be a part of the WilkinsonEyre masterplan, it’s already a clear expression of the values that informed the entire development. The London-based studio has masterplanned a mixed-use complex in the heart of the financial district of Toronto, Canada. The development takes its name from the Canadian Imperial Bank of Commerce (CIBC), which is basing its new headquarters here, alongside many other corporations, including Microsoft Canada and Boston Consulting Group. To be completed in two stages, the project includes twin 820-foot (250 m) high towers, both resembling two connected buildings with different heights. This design approach has produced a stepped upper profile, which is further broken up by the interplay of the glazed façades. Once the development is completed, it will occupy over 32.3 million square feet (3 M m2). At present, only the first stage is finished, which includes the 54-story tower at 81 Bay Street, which stands atop a kind of podium that houses various services. The completion date for the second tower, at 141 Bay Street, along with the second stage of the project, is in 2024. It will be linked to the first building by an elevated sky park that will span the rail corridor.

From the outset, the development was intended to be on a human scale, with as many services as possible, from restaurants to fitness spaces, transport, and gardens. At the same time, however, creating a local landmark with a strong personality and innovative technologies was also a key objective.

Skyscrapers and more for community wellbeing “Designed before, and delivered during, the Covid-19 pandemic, [the first stage of] CIBC SQUARE has been adapted to become a new type of workspace which is informal, comfortable, flexible, and inviting.,” explains lead architect Dominic Bettison of WilkinsonEyre. “It embraces a range of features that make it a self-contained environment, including a strong food offering, a high quality fitness facility and a year-round landscaped park.” In other words, the project is about “prioritizing people’s health and wellness, and integrating these factors into the design, construction, and functionality of the building,” he continues, explaining how the project adapted the architecture in response to the health crisis and the need for spaces with different functions, including collaboration, flexibility, and a connection with nature.

The sky park also stems from this design philosophy. “The creation of a wholly new one-acre park in a city’s historic heart is a rare achievement,” continues Bettison. "The park will be an amenity for the entire precinct, providing outdoor space that is currently lacking in the area, as well as food and beverage opportunities, decorated by a striking public art piece. Additionally, an ice rink has been designed that will sit at the heart of the park during the winter."

The landscaped park functions as a public open space, with plants, seating, and unobstructed views of the city skyline. However, “for occupants can access nature from inside and outside the building through a combination of indoor and outdoor green spaces, meticulous spatial planning that brings in natural daylight, organic materials such as timber and travertine marble, and opportunities for biophilia including sitting under the maples and oaks of the park.”

>>> Also discover The Architects Series – A Documentary on: WilkinsonEyre Sustainability, holism, and low environmental impact are also foundational to the CIBC Square project. To cite just two examples, this is clearly demonstrated by the systems for the reuse of gray water and for measuring energy consumption in real time with feedback for savings strategies. From the outset of the project, everything was designed to obtain LEED Platinum certification. And this is also one of the first office complexes to achieve two other major distinctions: WELL certification and WiredScore Platinum, for reliable and secure connectivity. Then, to encourage sustainable and soft mobility, the base of the 81 Bay Street tower includes bicycle parking and charging stations for electric cars.

Connected with the city Mobility and connections with the rest of the city are also fundamental parts of the project, which both integrates with, and further enhances, local public transport infrastructure (rail, subway, bus) as well as private transport. In fact, the complex is regarded as a new transport hub, an important junction between the Toronto’s financial district and other more or less distant part of the city. There’s a close connection with the railway line and station. And, through collaboration with Metrolinx, Ontario’s government transport authority, the complex is perfectly integrated with existing roads and services. On top of this, a new bus terminal is part of the masterplan. Last but not least, a focus on pedestrian areas, especially the Union Station and Scotiabank Arena, further adds to the responsible approach to mobility.

>>> Also discover One Barangaroo in Sydney.

A façade that redesigns through contrasts WilkinsonEyre’s project is also a model for urban redevelopment, in this case of a district that dates from the post-industrial era, that expresses its identity through contrasts with the neighboring buildings.

“The facade we designed for CIBC SQUARE offers a contrasting architectural expression with a vertical scale and modulation and an architectural language of repeated 10-storey high ‘three-dimensional’ diamonds,” says Bettison. “These large, glass diamonds catch the light in a dynamic, ever-changing way and offer a visual lightness in contrast to the dark, brooding Mies buildings. Instead of a single rectangular tower form that you would traditionally see, the buildings have been articulated to read as two slipped, slender towers placed against each other. This results in a stepped profile and an expression of a ‘crown’ to each building, providing an interesting and dynamic addition to the skyline of Toronto.”

This demonstrates how contemporary buildings can be integrated into older urban environments, to the point of even restoring them to the community with new values and functions. This development represents an extension of Toronto’s financial district towards the waterfront, forming key links between currently disparate city functions.

“With CIBC Square, a vibrant new district with a public park has been created,” concludes Bettison. “The design is underpinned by the overlay of a strong masterplan, which ensures that the three distinct sites are bound into the city and effectively transform an entire district of Toronto.”

||| SUBSCRIBE TO THE PLAN ||| You’ll receive directly the most interesting stories from the architecture and design world, news on the latest projects, ratings and reviews, tips on video, photo galleries, and interviews 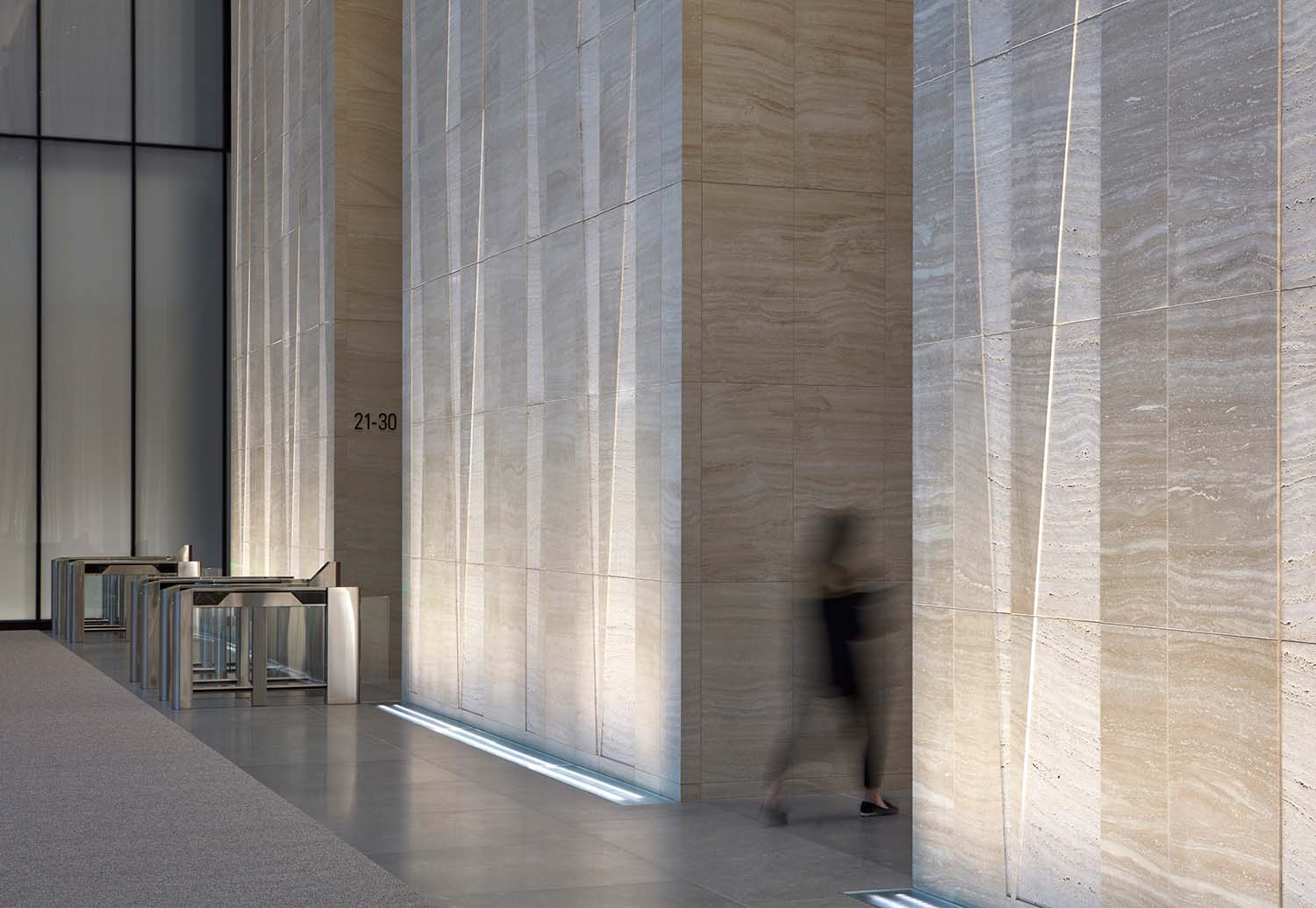