A chat with Paul Andersen, curator of the United States Pavilion at the 2021 Biennale 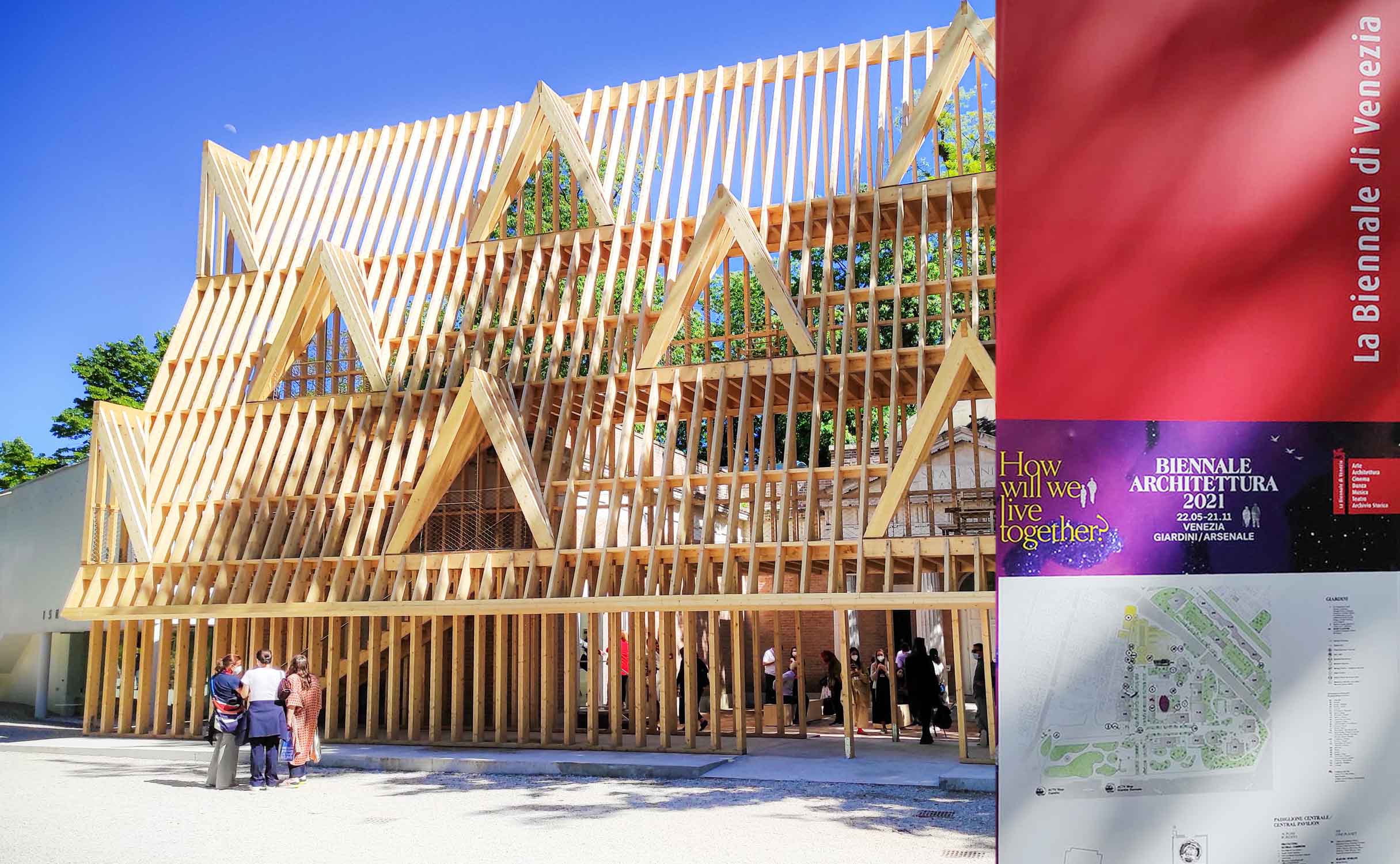 So, where exactly is the United States Pavilion?

Well, it’s hidden. But it’s not at all difficult to find. Actually, it might even be one of the most visually striking pavilions at the Biennale. The best way to see it is sitting at the bar in the Giardini area, where it’s right in front of you. This year, the United States has erected a huge, multi-level wood-framed construction right in front of the building that houses its exhibition.

The title of the exhibition is, in fact, American Framing, and it’s a tribute to what’s both the most common building system used in the United States as well as one of the country’s most important contributions to building practice. So, I make my way through this structure to see what lies beyond. I step into the neoclassical building, owned by the Solomon R. Guggenheim Foundation, which traditionally hosts the US exhibition. I haven’t come through the main entrance, though, but through the left side, so I can take a look at what’s going on here before the interview.

Curated by Paul Preissner and Paul Andersen, American Framing reflects on wood-framed construction as emblematic of American ideology, from its history and culture to its applications and design potential. Developed in the early 19th century, during the rapid westward expansion of the United States, wood framing was introduced as a pragmatic solution to meet infrastructure needs. Inside the hall are models and furniture that showcase the origins and versatility of this building technique. The halls also host two series of photographs commissioned for the event. Daniel Shea, photographer and UIC alumnus, was asked to document the fir and pine forests – from Alaska to Texas – where the trees used for wood framing grow. Chris Strong’s images, on the other hand, capture the full spectrum of wood frame manufacturing, from harvesting and the preparation of lumber to the building process, while capturing along the way the places and human faces that make this contemporary industry a reality. The scale models were designed and built by UIC students at seminars led by Preissner and Andersen. Highlights for me were a model of Sears Hillsboro House, a 1950s mobile home, as well as models of the refuge cottages built for people displaced by the 1906 San Francisco earthquakes.

Once I’d finished my initial tour, I presented myself at the table in the press area to ask the curators a few questions. I was introduced to Paul Andersen, director of Independent Architecture, and co-curator of the exhibition, as well as Paul Preissner, founding principal of Paul Preissner Architects.

Paul Andersen told me that this isn’t the first time he’s been involved with the Biennale. Although it is the first time he’s ever been here. When he was a student, he took part in putting together the exhibition, but, what with exams and other commitments, he wasn’t able to come to Venice. He says he’s very enthusiastic to be in the city this year as a curator. PA: Wood framing is a widely used but little known building technique. It’s often overlooked. But we’re convinced that the advantages it offers make it a very modern building system.

PA: For example, by exaggerating its characteristics, by taking its dimensions to the extreme. Or vice versa, by reducing and lightening structures as far as the statics will allow. And then there’s the completely new possibility of combining it with other materials, such as glass or steel.

PA: Over ninety percent of the homes being built in the United States today use wood framing. From the earliest days, this system has offered enormous independence. Firstly, because anyone can do it: it’s a very simple technique that uses joints and brackets. In the early 19th century, it was accessible to settlers with next-to-no resources, technical skills, or building background. And then, wood framing is extremely flexible.

PA: Nowadays, we’re used to heavy structures built from a particular idea following a particular fixed, predetermined design, which will never undergo any changes during their existence. But today we need to get used to thinking of the home as a living organism – one that can evolve and change according to our needs. Wood framing makes all this possible. With a wood-framed house, it’s not difficult to add a few more rooms or move things around to completely change the whole layout. This gives us enormous creative freedom.

TP: What about production times?

PA: Just as fast. Wood is a very versatile and sustainable material. It’s possible to build multi-level buildings, like the ones demonstrated by the models, very quickly.

TP: And like the one you built here in front of the pavilion.

PA: Exactly, but that’s only half a building. Let’s say it’s a representative façade. But the concept’s the same.

PA: You haven’t already? From up there you can see right over the Giardini area and can see for yourself how everything I’ve said is true! I leave Paul to the mercy of other interviewers in the pavilion courtyard, now full of benches designed by UIC students and Clinical Assistant Professor Ania Jaworska.

I climb up the two flights of stairs to the top of the structure, and have to say that it’s very solid and well built. I pull up a chair and sit down – of course, it’s made of wood – to take a break and take in the views over the Biennale. 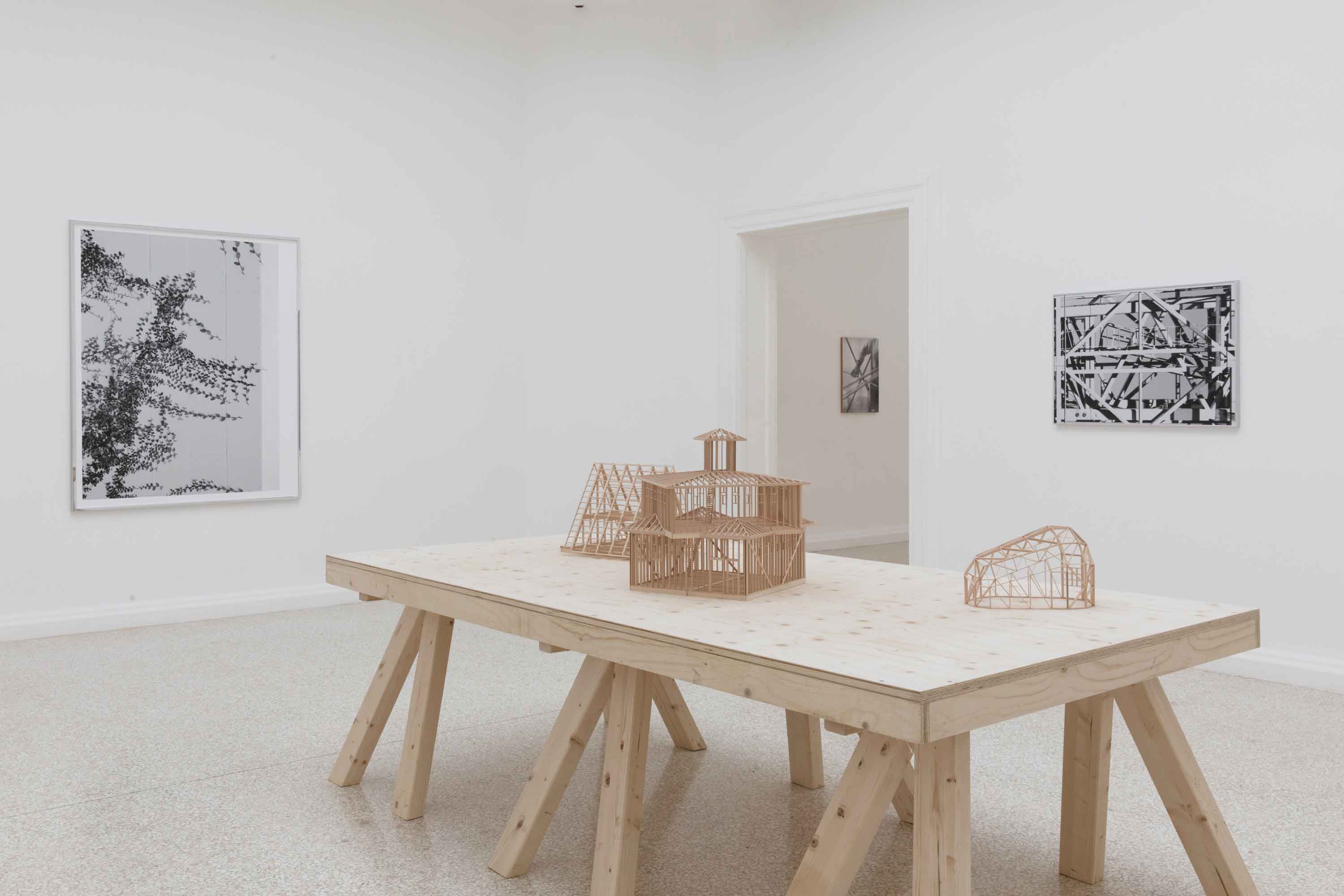 Photo credits in each individual photos The french and moroccan pavilions at EXPO 2020 Dubai

A cloak of light called lumiére and the argan tree of the sahara amaze and inspire at the first edition of EAU's universal exposition... 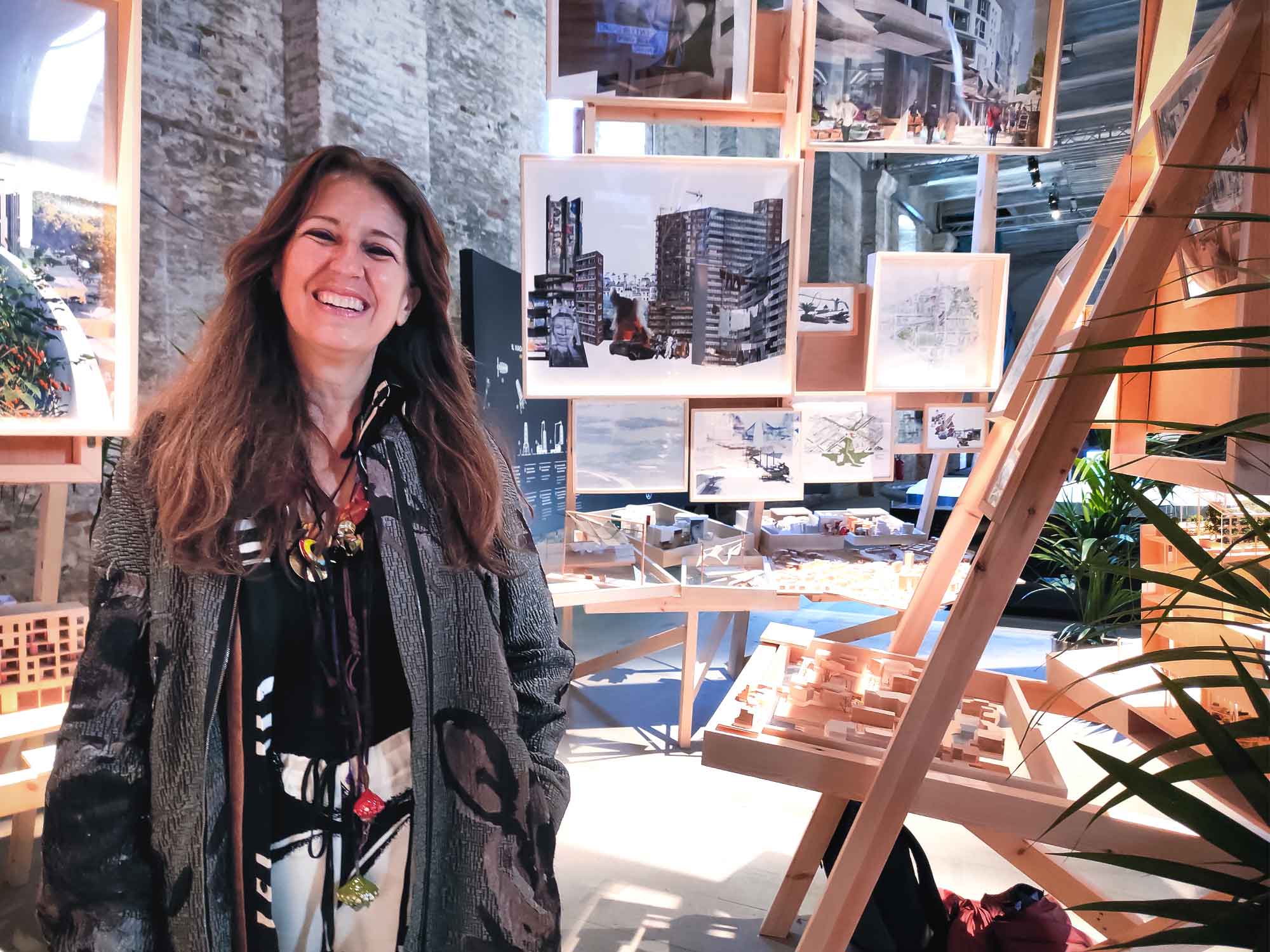 An interview with Benedetta Tagliabue at the 2021 Biennale

I met up with Benedetta Tagliabue during my preview visit to the 2021 Venice Biennale. It wasn’t easy to steal a few minutes from this famous woman,... The home of northern myths and legends comes to the desert with its idea of sustainability. Here's the sweden’s ecosystem pavilion at expo 2020 Duba...