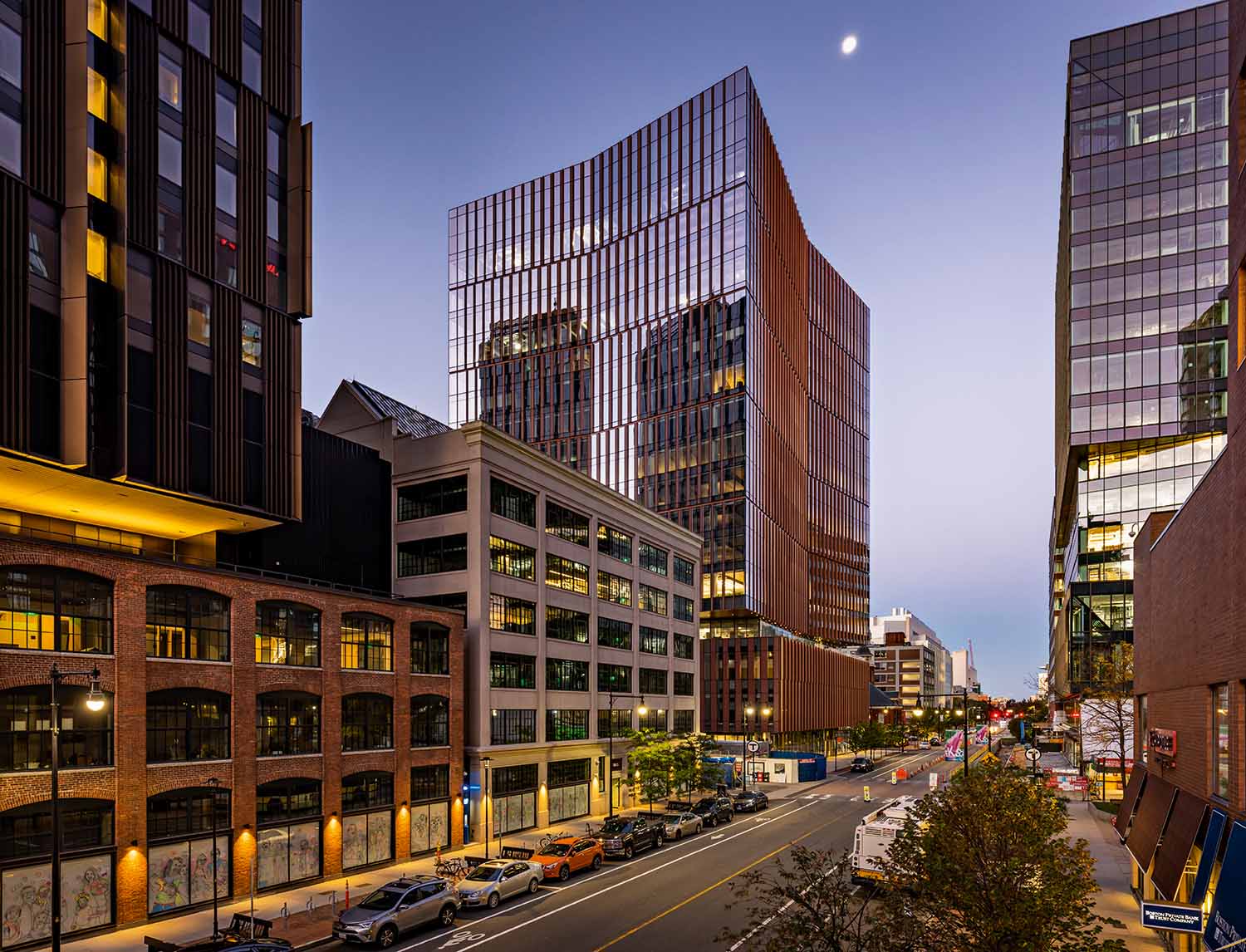 Creating a sense of place is a primary goal of Weiss/Manfredi, from the nanotechnology building at the University of Pennsylvania (THE PLAN 72) to their waterfront park in the New York borough of Queens and The Bridge on the Roosevelt Island campus of Cornell Tech (THE PLAN 103). Each of these is a bold statement, standing apart from its neighbors. In contrast, Weiss/Manfredi’s Site 5 is one of a trio of blocks, commissioned by MIT, which strives to reflect the scale and traditional red-brick architecture of Main Street.
The neighboring blocks were designed by Nader Tehrani (THE PLAN 136) and Perkins&Will, and the three architectural firms worked closely with the university and city authorities to create a model of urbanity. And yet, while Site 5 respects the context, it slowly reveals itself to be a building of extraordinary power and subtlety.

MIT’s goal was to animate a major point of entry, from the Kendall Square metro station to its urban campus, a wedge of land bordering the Charles River to the south. Weiss/Manfredi developed a master plan for the area around, which includes a canopied performance area between the station, the visitors’ center and Site 5. New paving and trees link the three blocks, leading to a campus green that will add to the university’s network of landscaped open spaces. The architects were then challenged to articulate the varied functions of Site 5 while drawing them together in a harmonious whole. A three-story podium has a human scale and serves the public; the 15 upper stories accommodate lofty, light-filled workspaces for both start-ups and established industry leaders. The prestigious MIT Press operates a lower-level bookstore, and the MIT Art Museum occupies the first three levels in galleries built out by the local firm of Höweler+Yoon.

The fully glazed façade of the lobby is slightly recessed as shelter from the harsh winters and hot summers of Cambridge and... 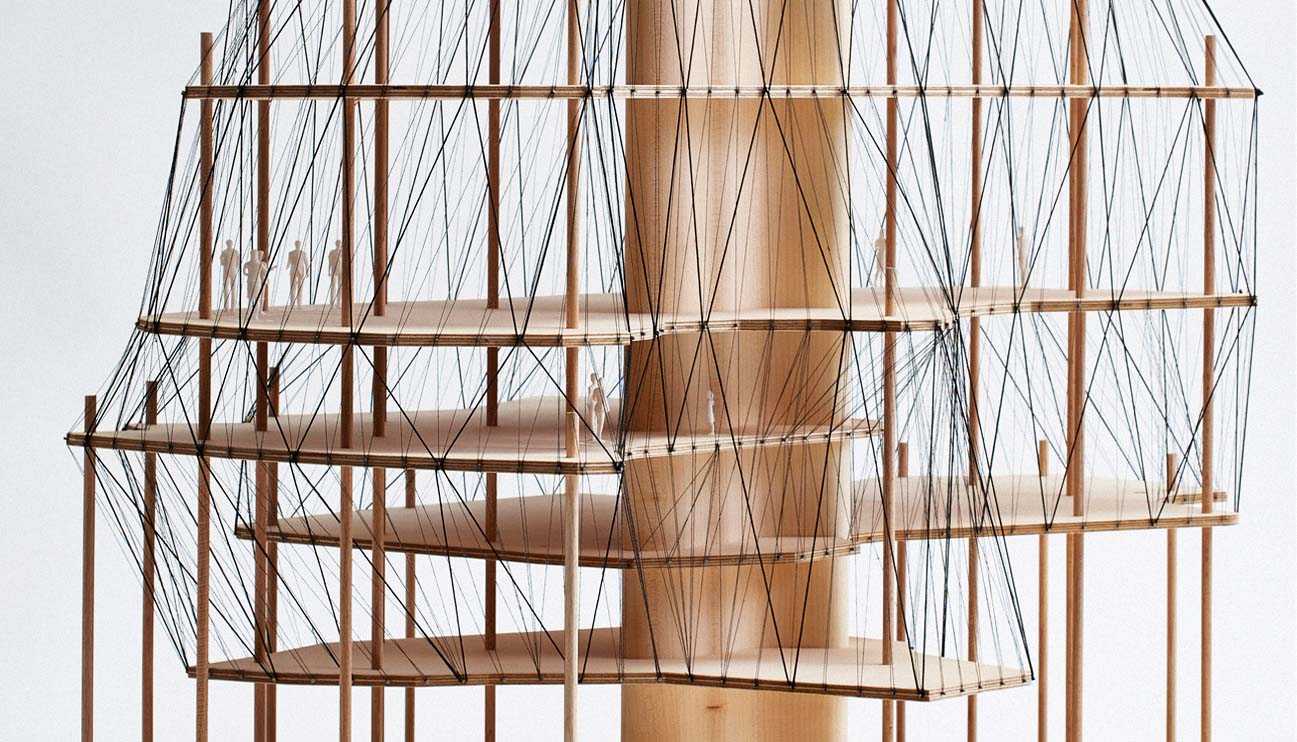 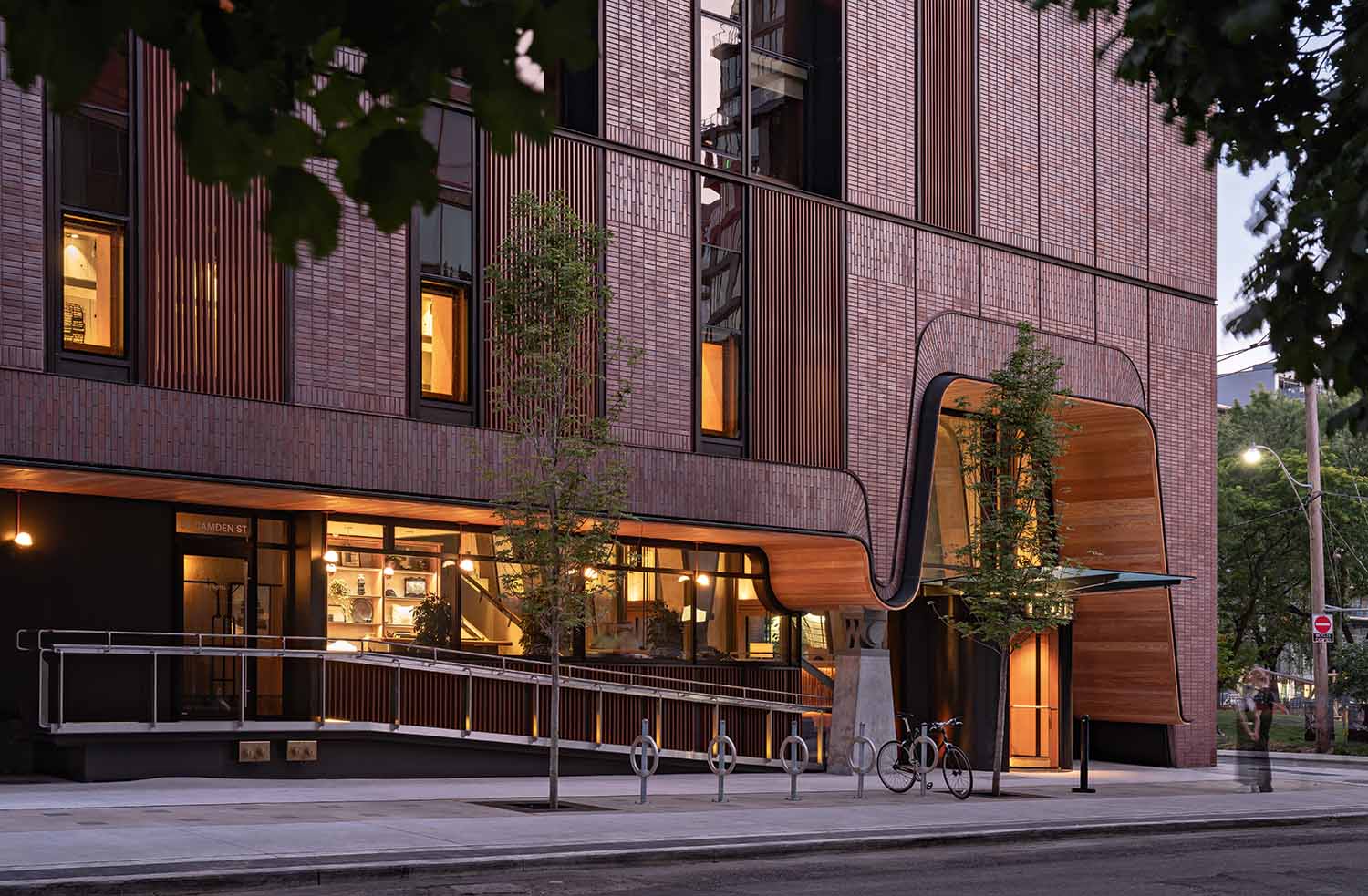 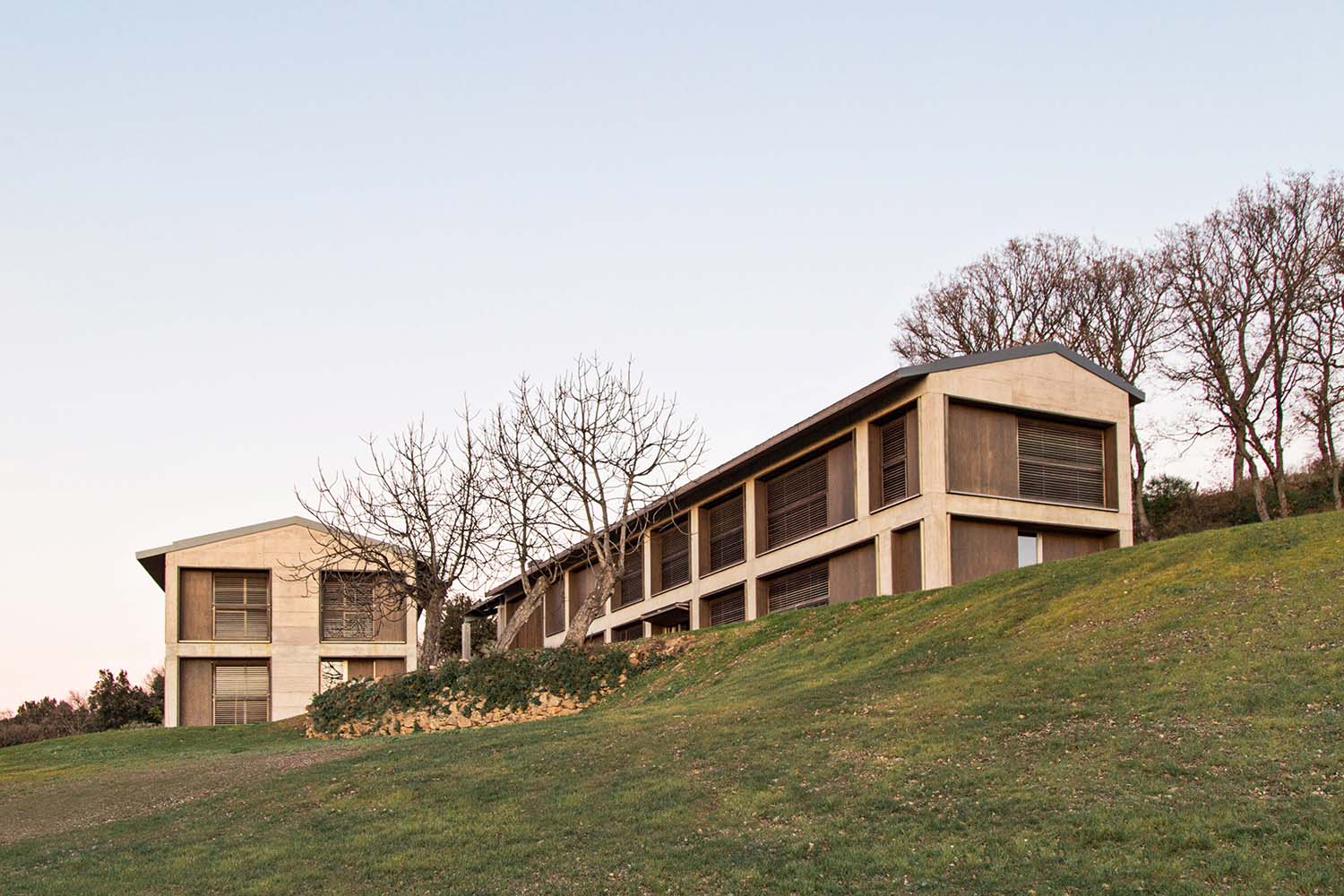