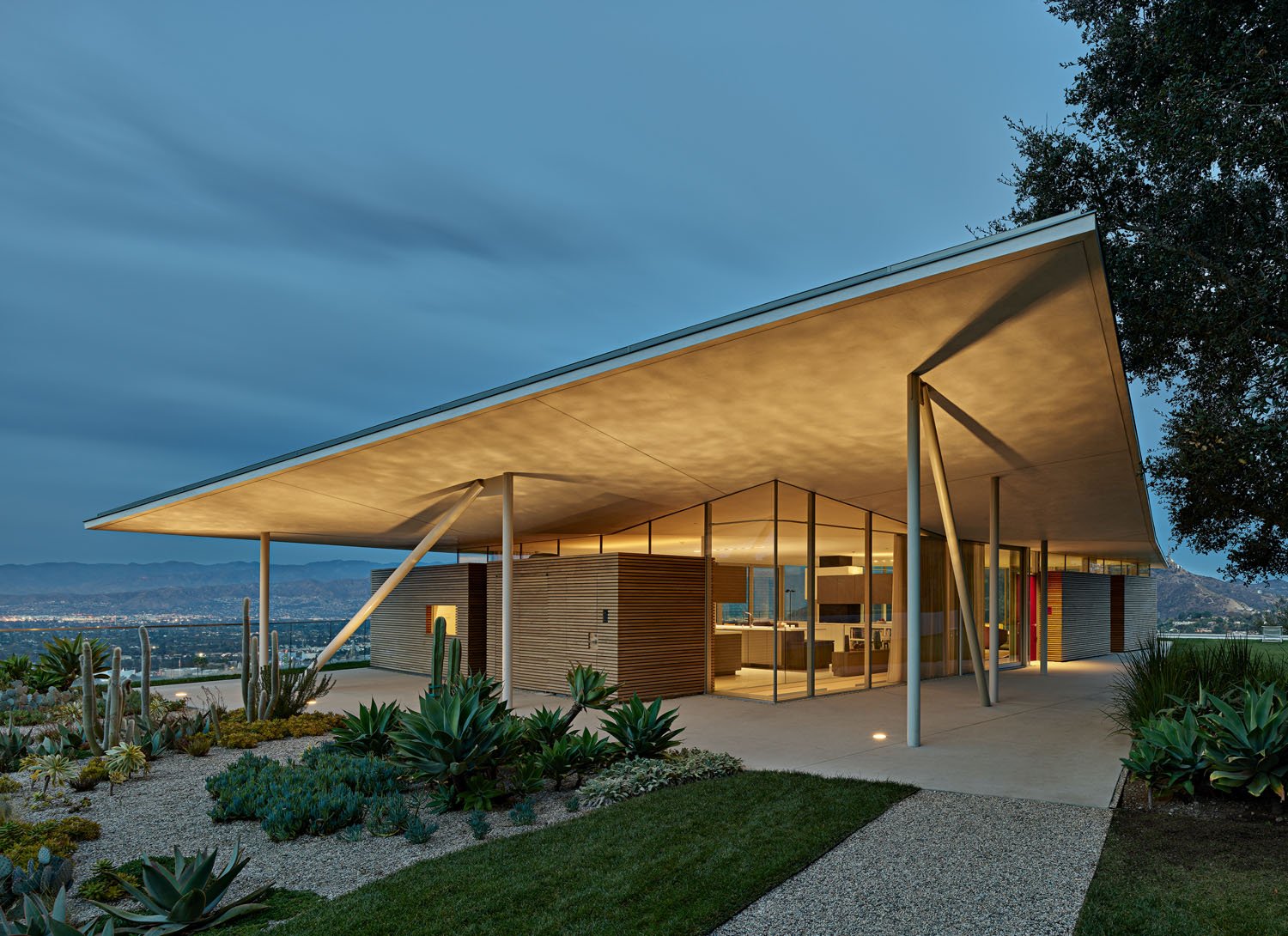 Peter Gluck heads an architectural firm with 40 years of experience in design and construction so he can quickly grasp the potential of a challenging site. His son Will, who wrote and directed the remake of Annie and two Peter Rabbit features, spent two years trying to purchase a steep plot of land leading off Mulholland Drive, a winding hilltop highway. The owner had tried and failed to develop the slope, considered it unbuildable but was reluctant to sell. “The concept of the house came to me 15 minutes after I started to sketch”, recalls Peter, who then had to navigate the labyrinth of regulations that impede creative architects in Los Angeles.

The basic idea remained unchanged: a rectilinear glass-walled pavilion canopied by a roof plane that projects out on all four sides to block summer sun, sitting atop private spaces excavated from the hillside. The living area above and the bedrooms below both command sweeping views over the San Fernando Valley and the range of hills that divide it from the flatlands of Los Angeles to the south. Trees block the only house in sight, so that it is easy to imagine one is living in a wilderness rather than a metropolis. Philip Johnson built a nearly windowless guest house a short stroll from his celebrated Glass House; Peter has achieved a similar complementary relationship of exposure and enclosure within a single volume.

In L.A., you are allowed to excavate only a limited amount of earth from hillsides, but the space below the ground-level pavilion does not count towards the total, so the lower level can extend well beyond. That greatly reduces the impact of the 700 sq. m house, which Will likens to a Trojan Horse, concealing its true identity. As you approach, the down ramp to the garage is the only hint that there is more to the house than first appears. The roof of the lower story is concealed by greenery and paving with glass inserts to pull in natural light. Since the... 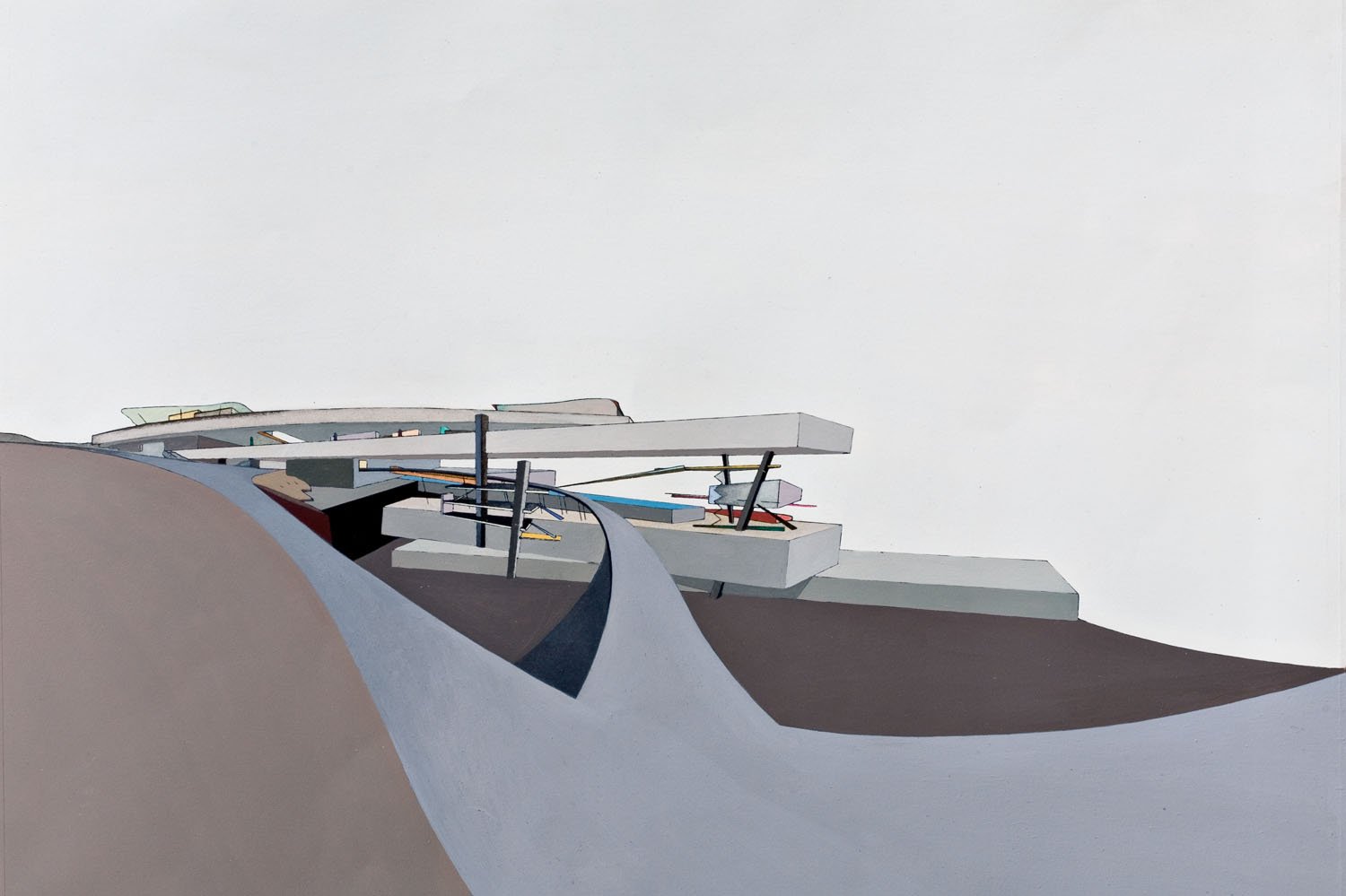 Will the vertical city be the urban model of tomorrow? Patrick Schumacher investigates the importance of design in high-density buildings, not as huma... 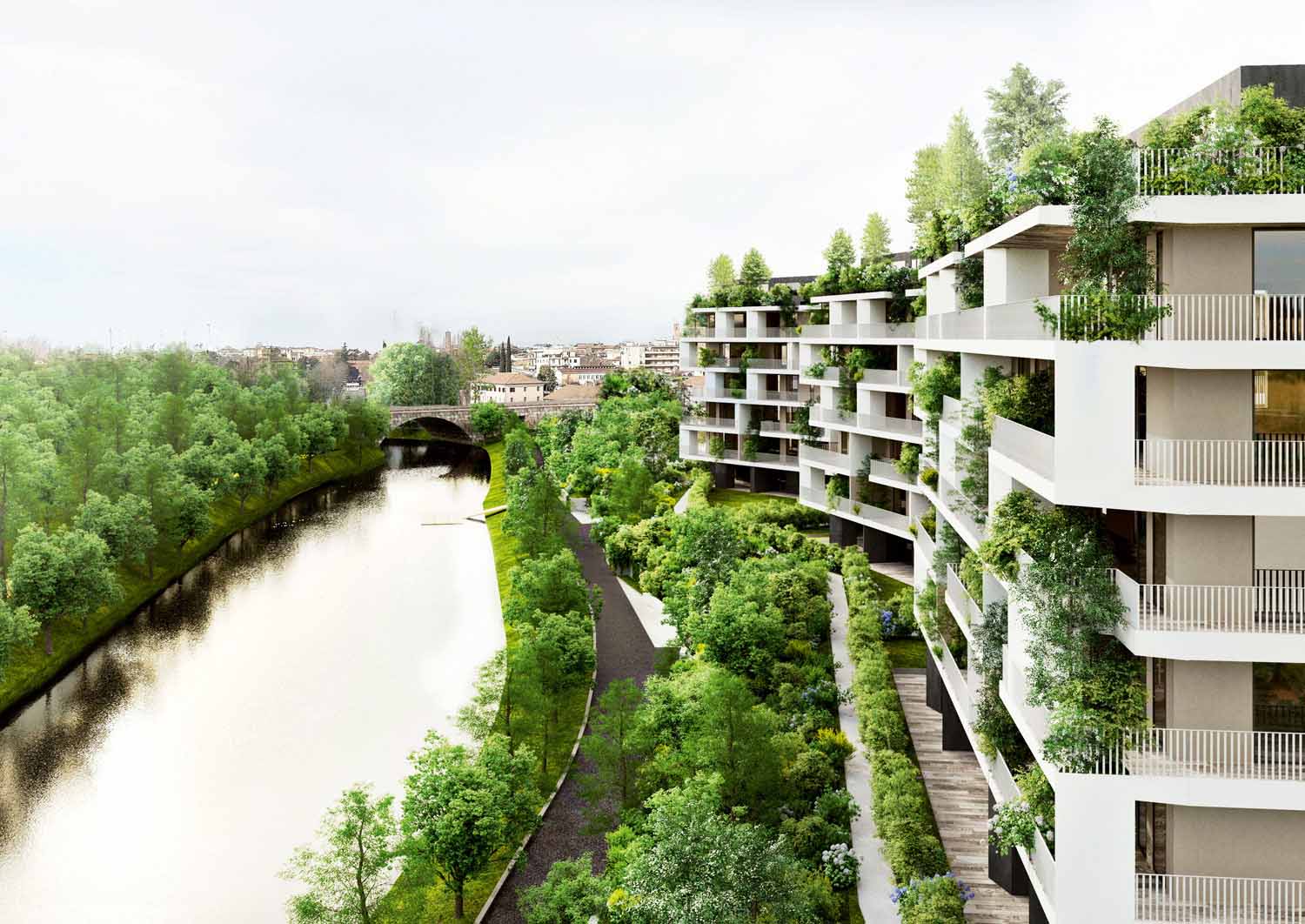 From the Diffused City to Vertical Forests 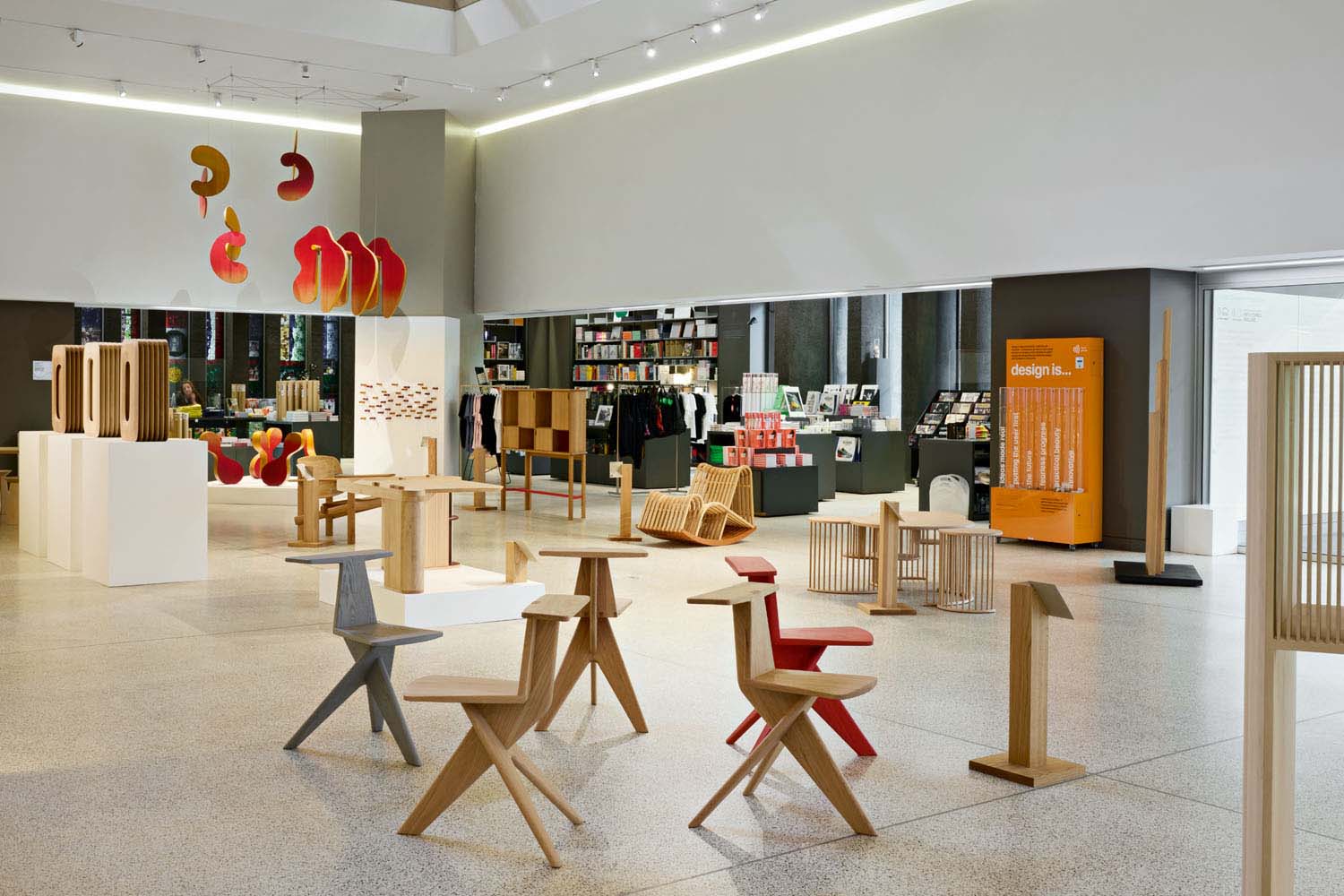 The American Hardwood Export Council organized the Discovered project, bringing together twenty designers from around the world to examine pandemic-re...