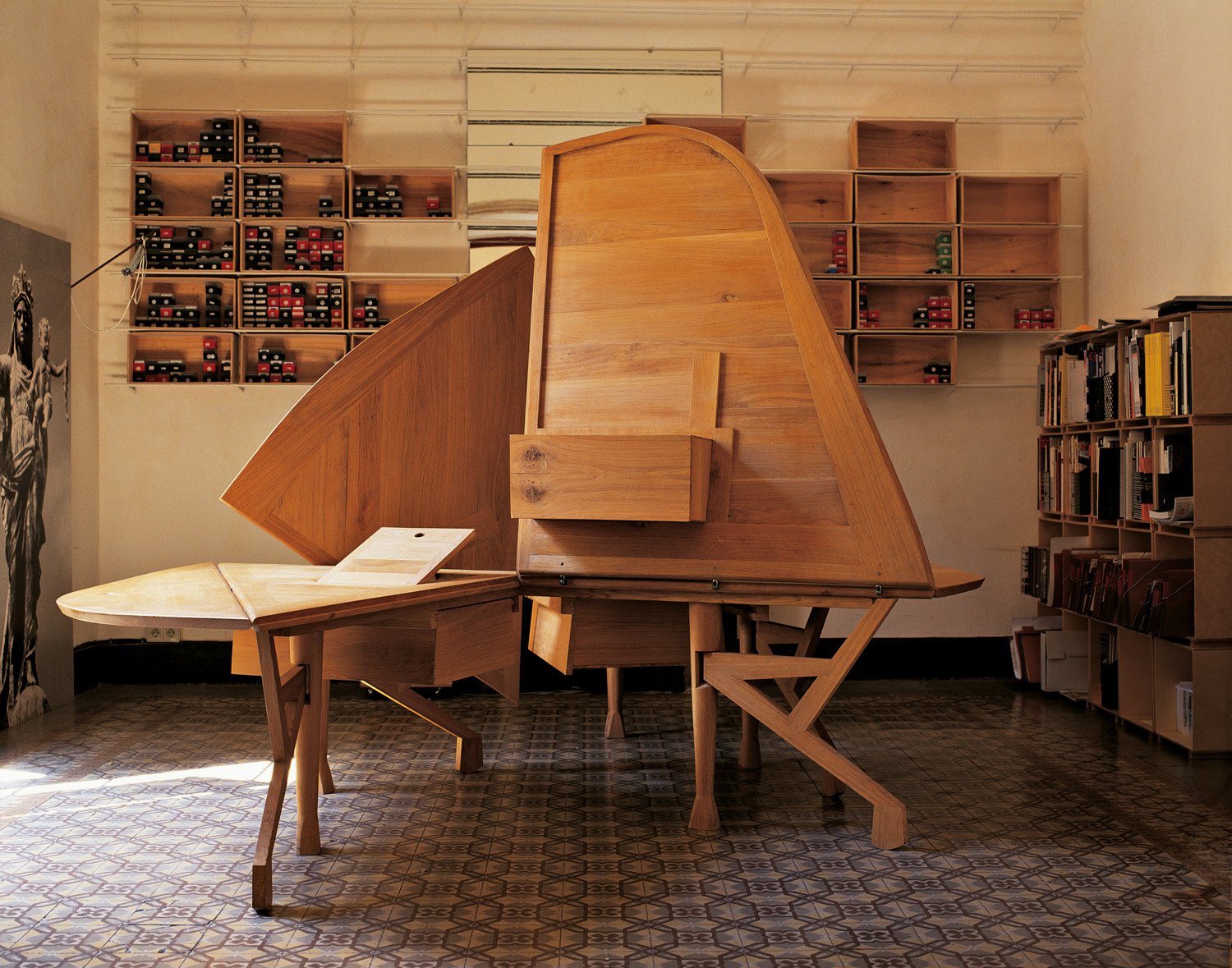 Enric Miralles laid out his final home in Barcelona as a large open space in constant movement. Shorn of dividing walls, even the furniture had no stable place or shape; it could be moved or modified to meet the needs of the moment.

This same concept inspired the MIRALLES. Perpetuum Mobile exhibition, staged to mark the 20th anniversary of the Catalan designer and architect’s passing. The exhibition was promoted by the Fundació Enric Miralles, with support from the City of Barcelona and the Generalitat de Catalunya. It was curated by architects Benedetta Tagliabue (Miralles’ wife) and Joan Roig i Duran, with the assistance of the Miralles Tagliabue EMBT firm, the Escola Tècnica Superior d’Arquitectura de Barcelona (ETSAB), and the Col·legi d’Arquitectes de Catalunya (COAC).

Held this summer at the Disseny Hub, Barcelona’s design museum, the exhibition featured pieces of furniture and objects that the architect created primarily for his home, reproduced and displayed with support from the American Hardwood Export Council (AHEC) and manufactured in a selection of sustainable American hardwoods donated by AE Maderas. The more than 20 pieces on show included Inestable, Dolmen, Troncs and Tropical tables, the Lelukaappi wheeled shelving system inspired by the work of architect Alvar Aalto, several chairs used in projects such as the Scottish Parliament and the Círculo de Lectores in Madrid, and a selection of previously-unseen lamps that Miralles had begun to design but left unfinished.

Tagliabue and AHEC began working together in 2016 on “The Workshop of Dreams” project, in which wood plays the starring role. In partnership with the IE School of Architecture & Design and the Hay Festival, they embarked on a creative path that brought together four of Spain’s most interesting architects and designers, and four talents from a variety of... 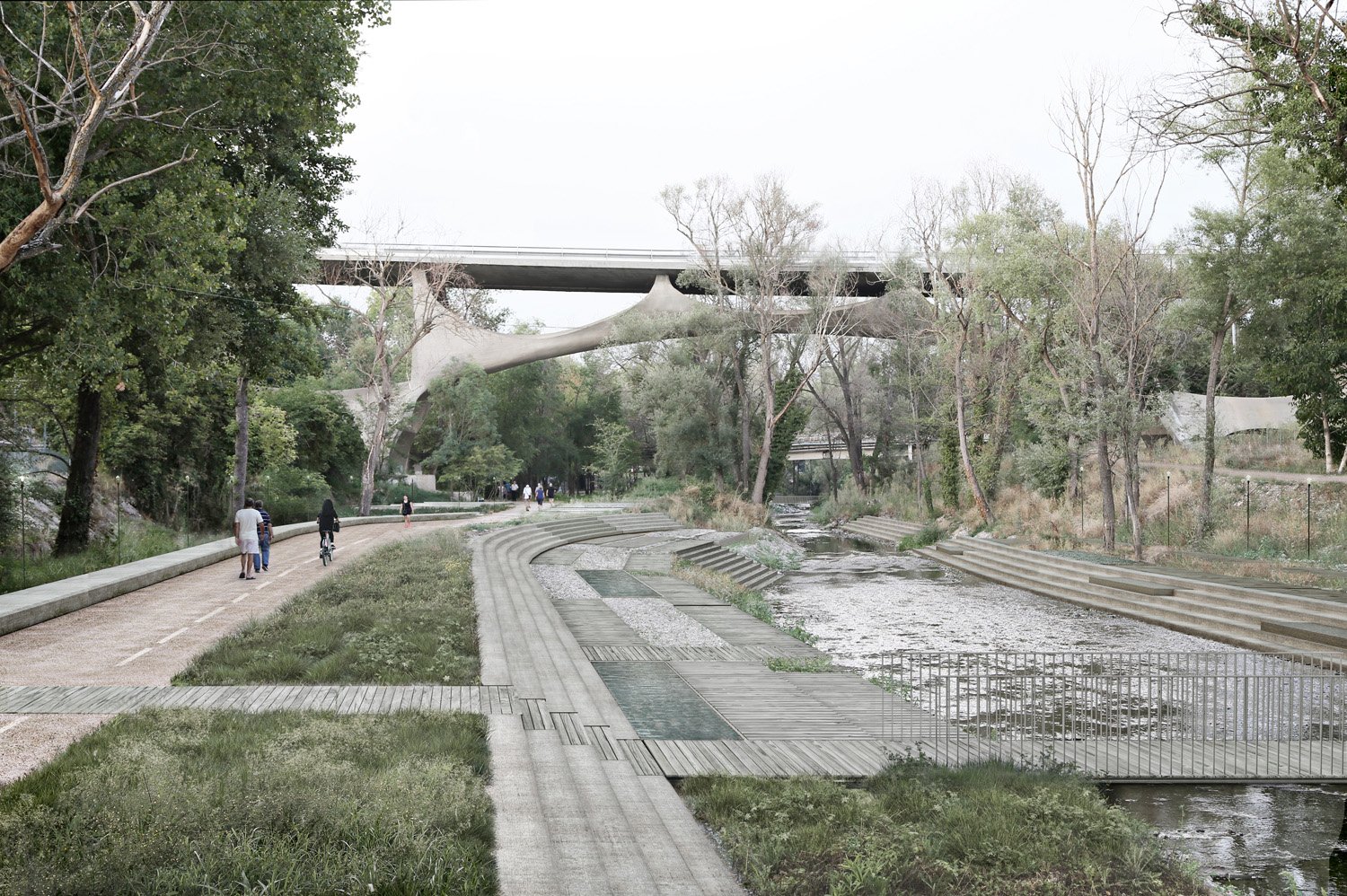 Mutations. Cities at a Crossroads in the New Century

How are cities changing at the crossroads of the new century? Carmen Andriani’s editorial, which opens THE PLAN 132, examines this question.... 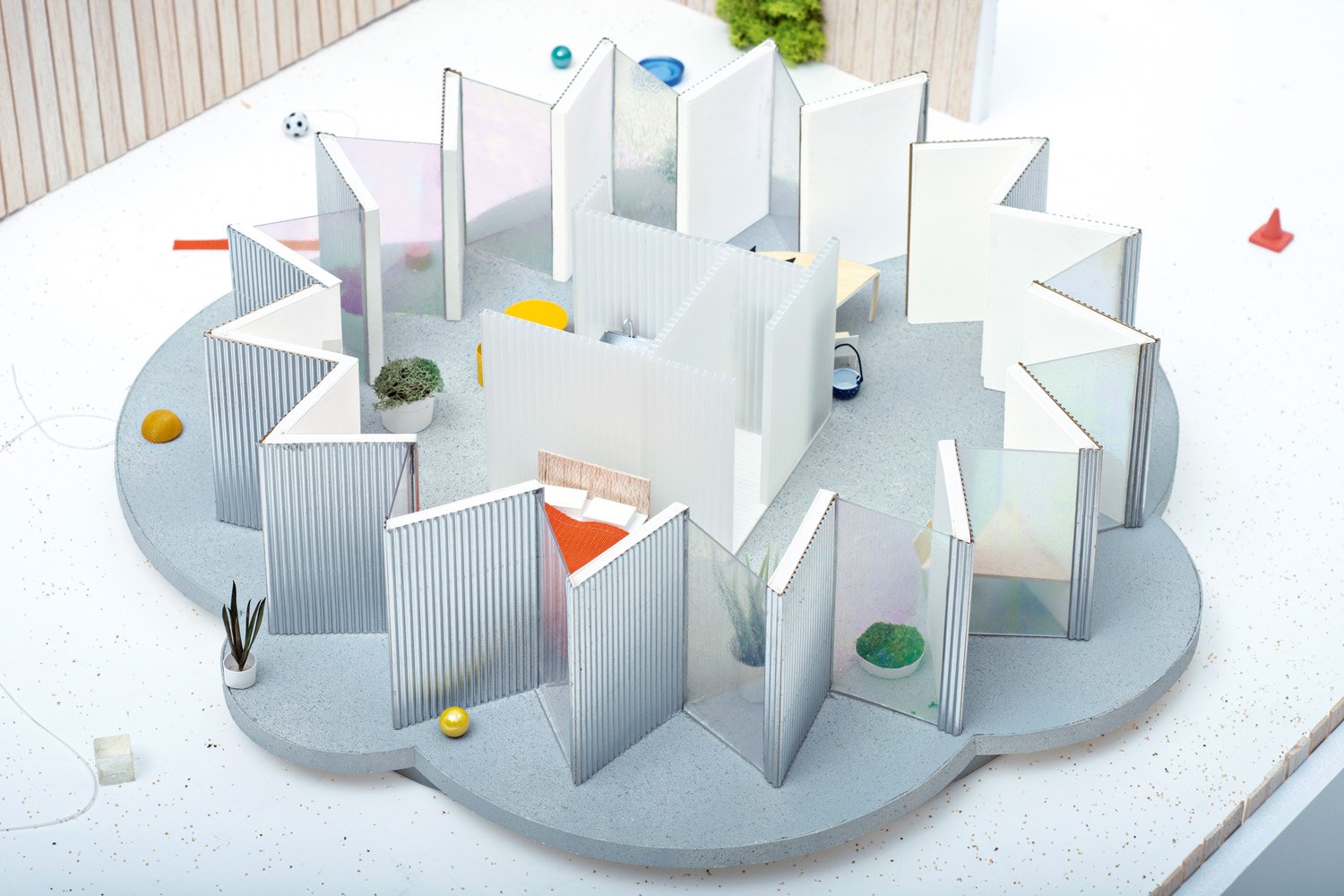 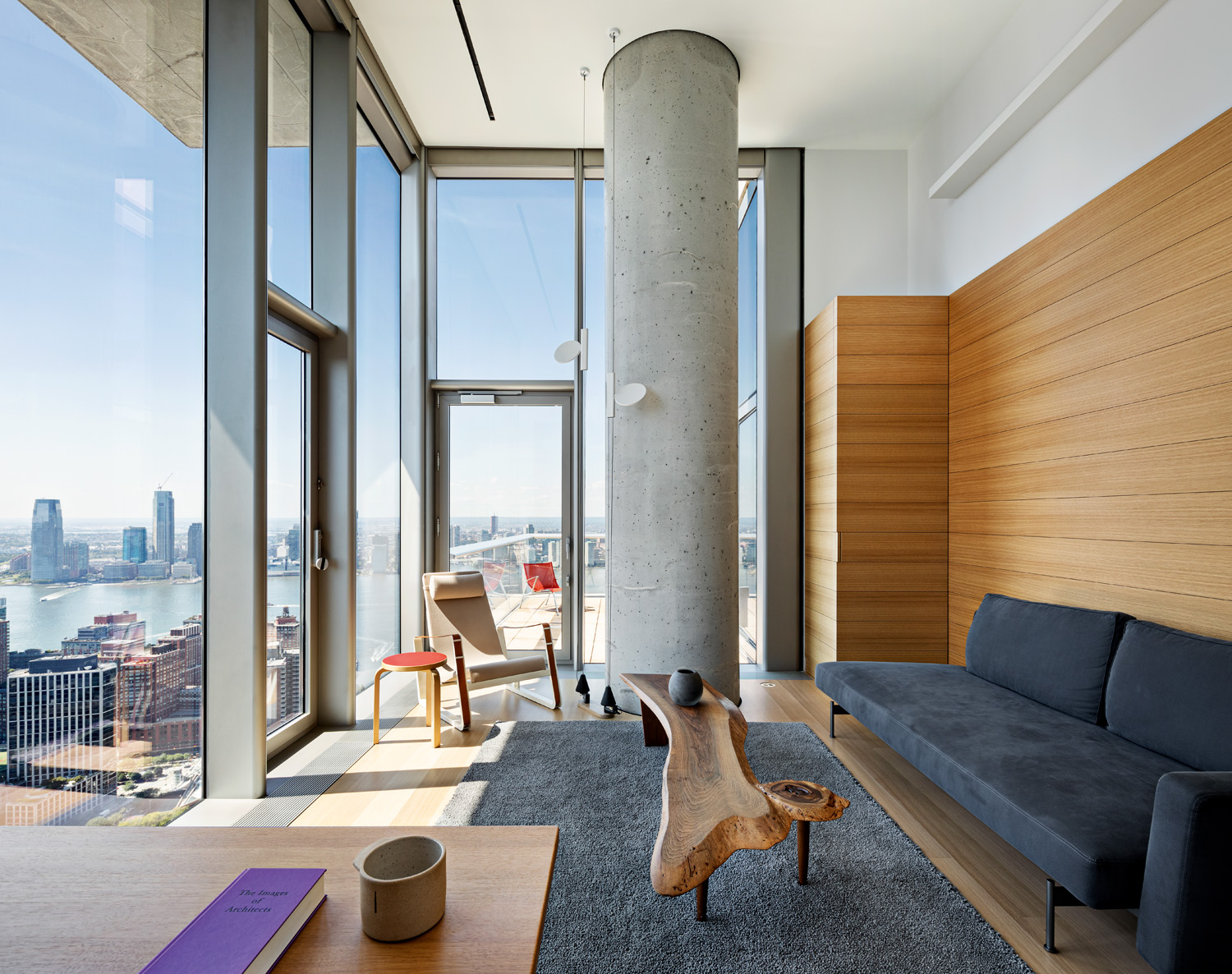 New York (NY,USA) – Bohlin Cywinski Jackson – A refurbishing project in one of the world’s most iconic technological architectures succeeds in c...