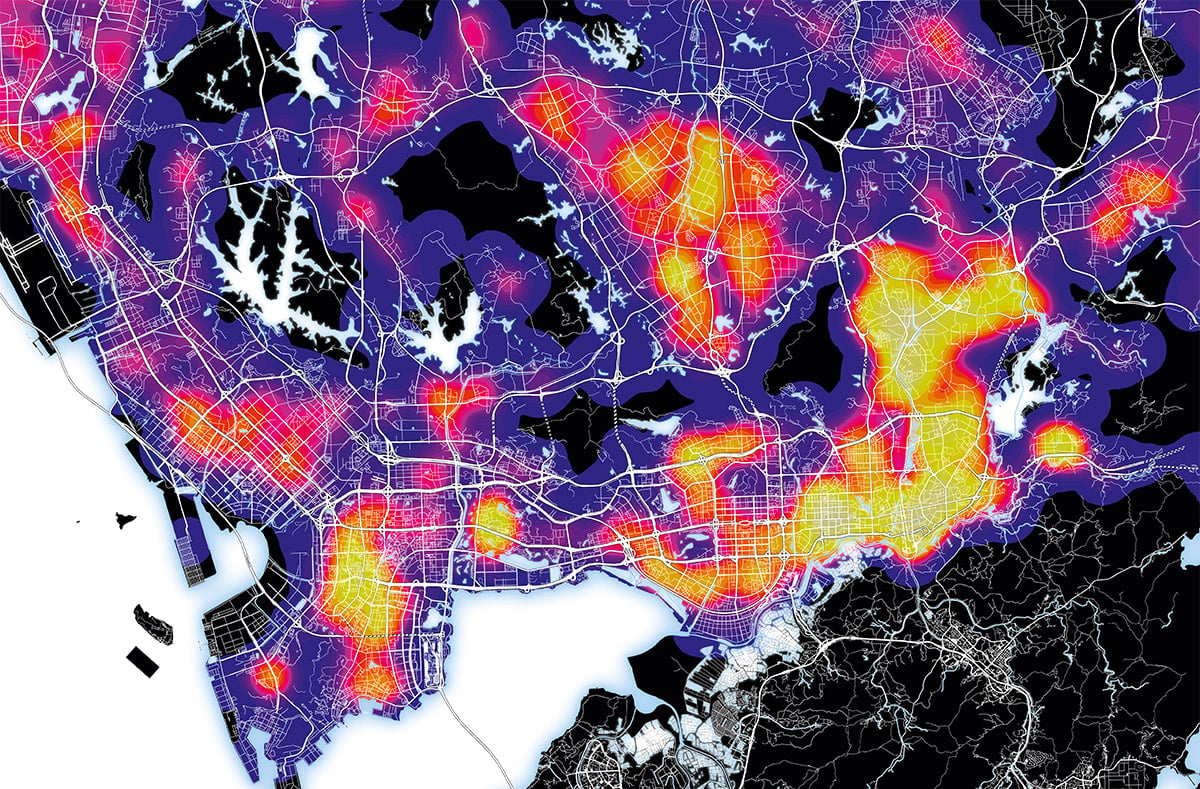 This issue looks at a city whose history is as recent as it is extraordinary: Shenzhen. It became a city just some thirty years ago with the massive arrival of droves of people from rural areas. A fishing town of some 20,000 inhabitants, Shenzhen today is a megalopolis with more than 10 million people. Given its proximity to Hong Kong, the city was chosen at the end of the 1970s by Deng Xiaoping, president of the People’s Republic of China as the place to experiment economic development other than the traditional system based around agriculture.

As usual, we examine the city with five “Polaroid” snapshots, the maps developed from updated GIS data available on the web. The baseline picture is the population density map. Comparing it with the others - showing the natural contours, services density (indicative of available amenities), public transport distribution, and natural greenery respectively - gives a reliable overview of how this Chinese megalopolis is organized.

The population map shows a series of “discontinuities” due to the hilly terrain and watercourses that segment the urban fabric. The highest population density is to be found in the east on the administrative boarder with Hong Kong, which is now virtually a continuation of Shenzhen.

The population map also clearly shows the original urban development plan based on an orthogonal road grid that has remained largely intact, broken only in a few areas. The city’s layout harks back to models from the English-speaking world, only here implemented on an enormous scale. Around the huge intersections, the road grid becomes extremely intricate with “urban motorways” intertwining at different levels.

The city extends out along the coast, in some areas directly up to the sea. The result in some places is a worrying lack of discontinuity.

As already mentioned, the natural contour map shows the presence of many hills... 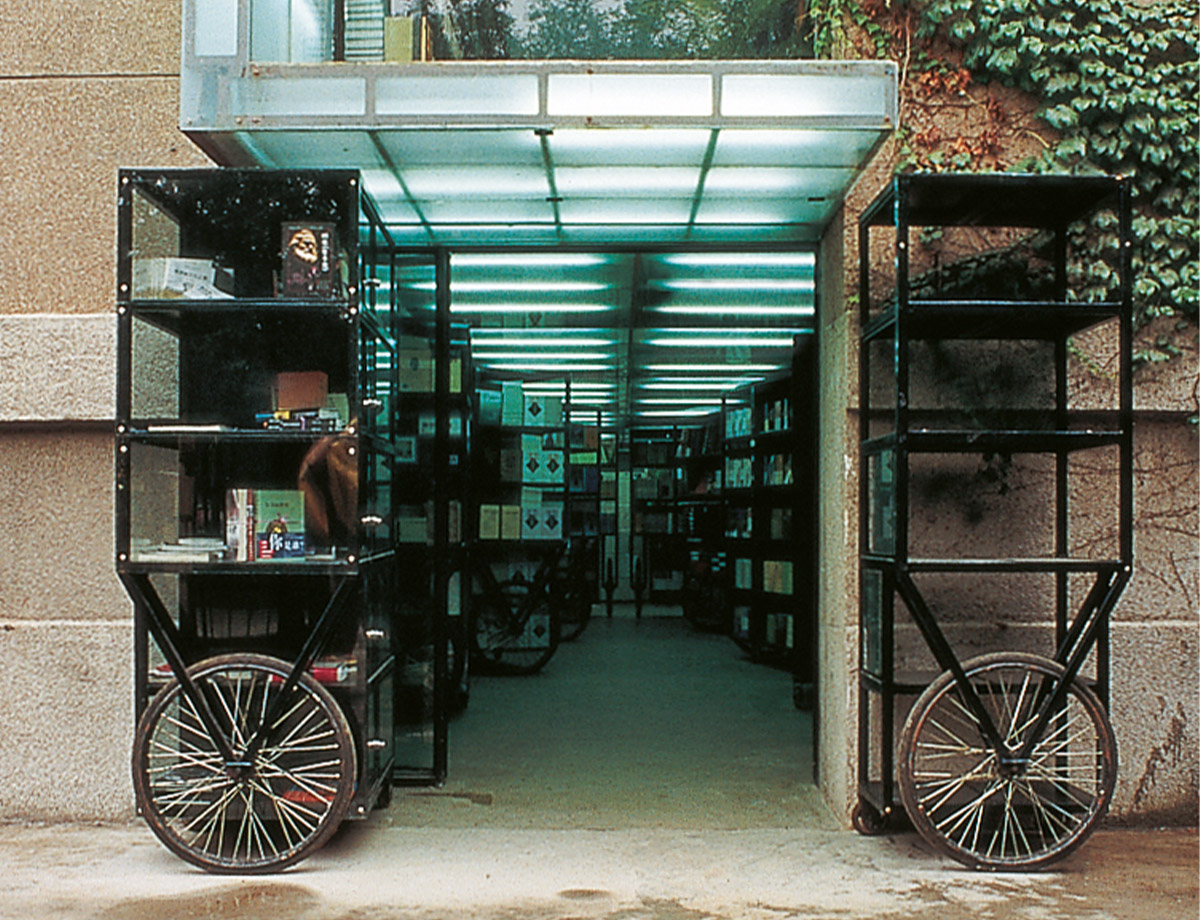 The AA and I

When I heard about Zaha Hadid’s passing a few days ago, my thoughts were with her as well as with the AA. I never attended the Architectural Asso... 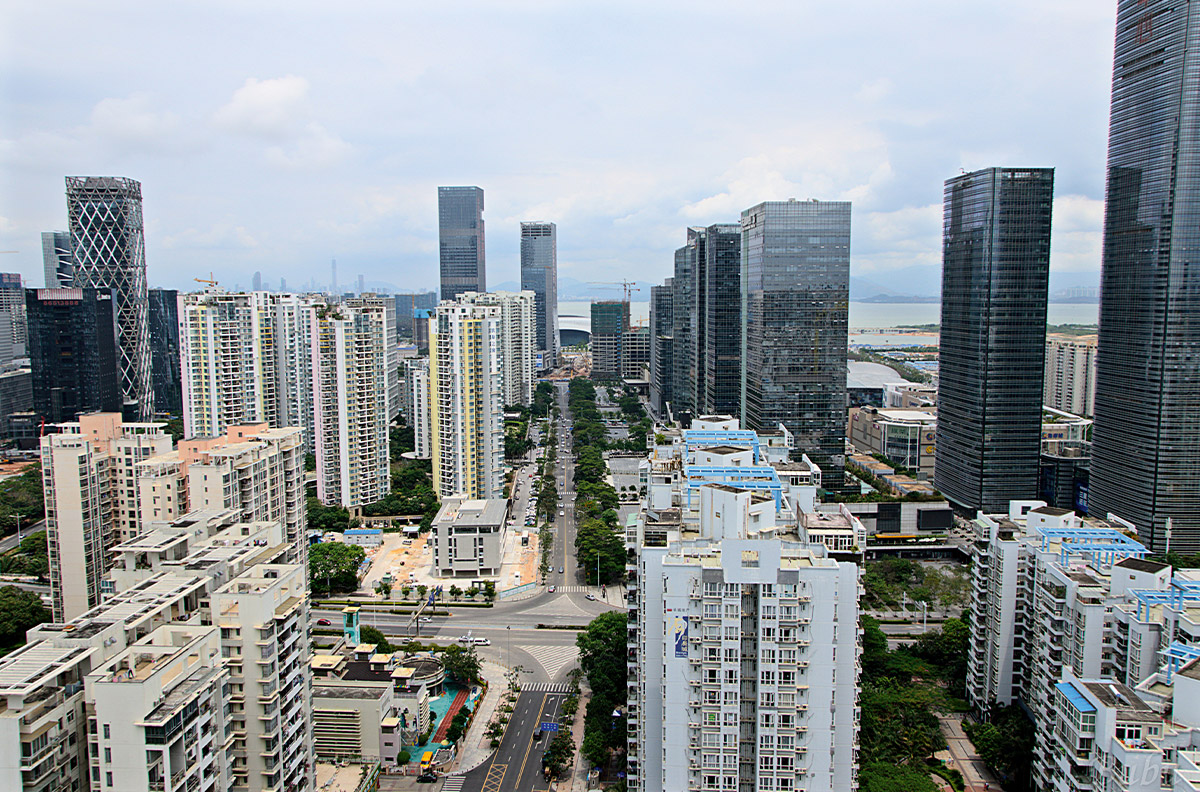 Urban development at its most extra-ordinary

Over the last 30 years, urbanization in China has expanded at an incredible speed. The city of Shenzhen is a clear example of this process. Located... 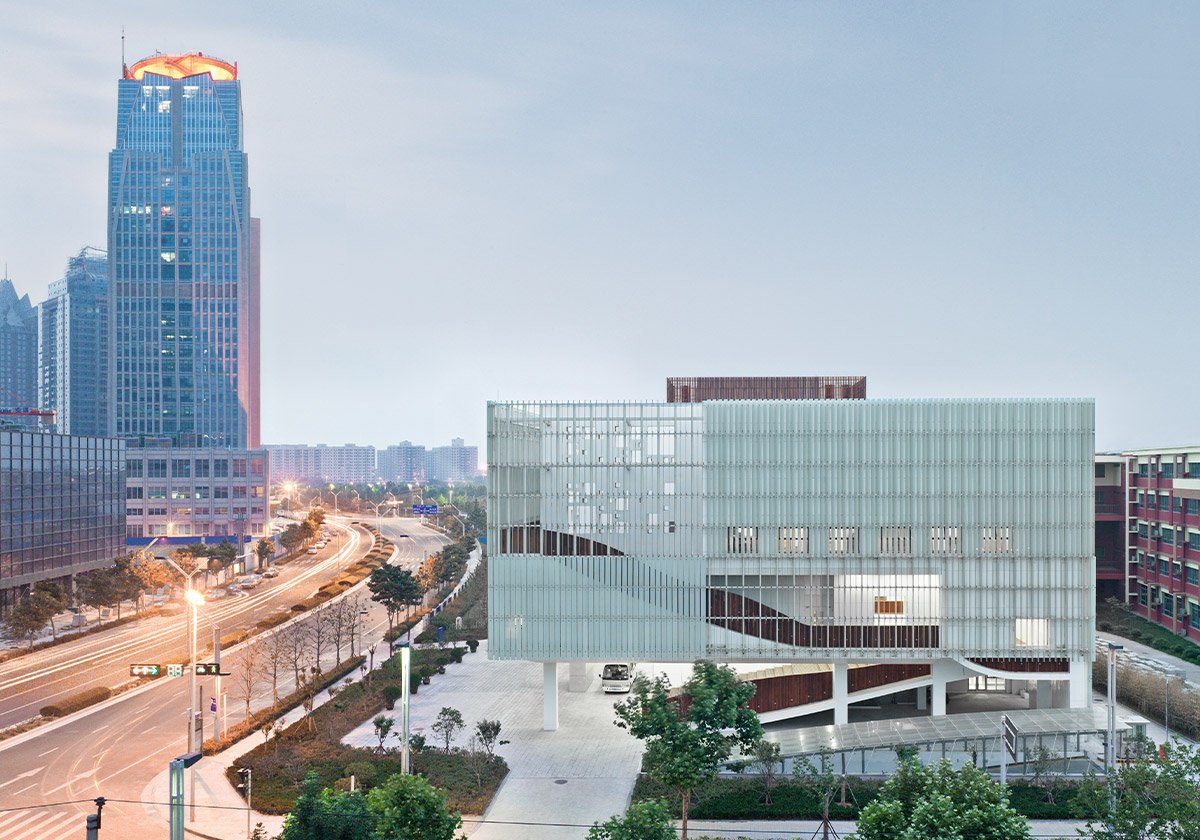 Any analysis of Zhang Lei’s practice must consider his educational background. While 90% of the members of contemporary Chinese architecture practic...