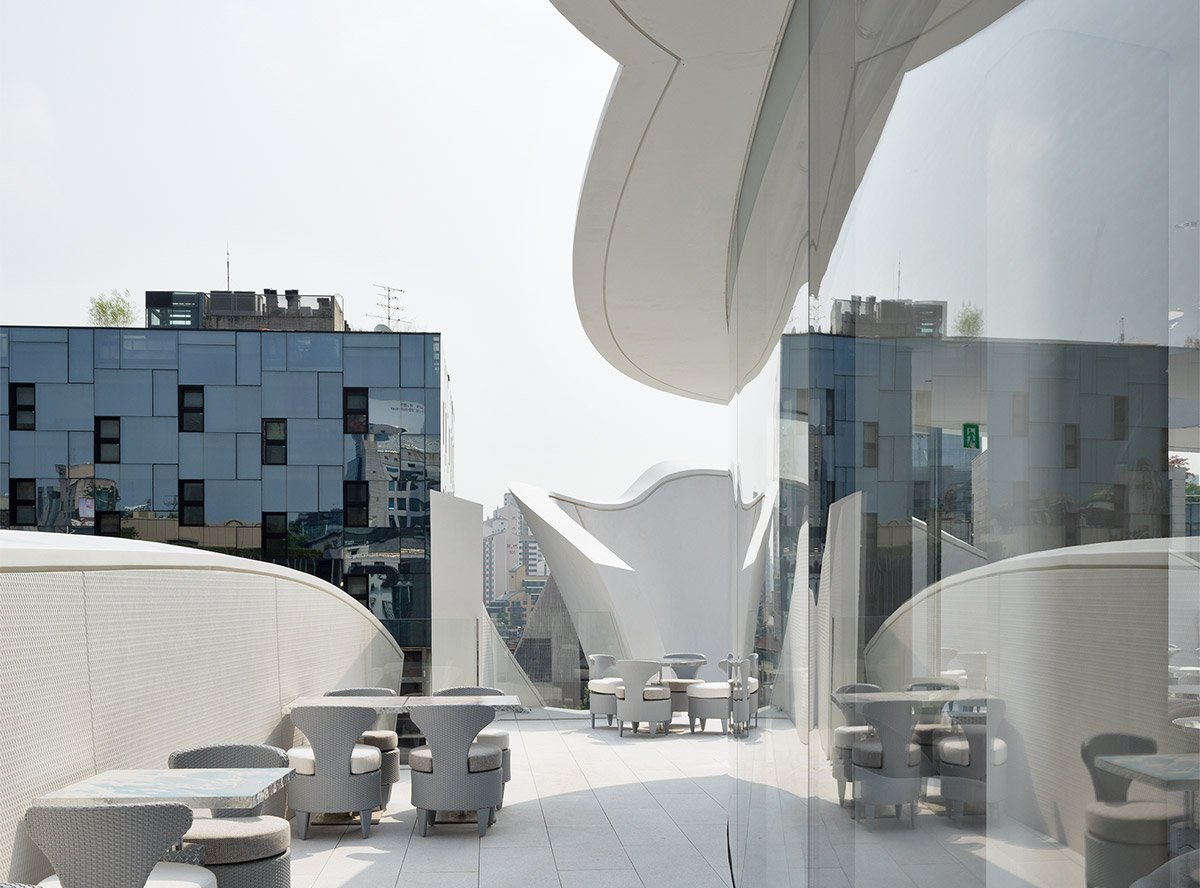 How do the soft folds of a taffeta and tulle Dior creation become an architectural space? The answer can be seen in the new Dior Boutique inaugurated in Seoul in June 2015 in the heart of the Korean capital’s elegant Cheongdam-dong, Gangnam-gu district.

Architect Christian de Portzamparc has brought several of his signature themes to the building created to showcase the ineffable Dior haute couture tradition. First and foremost is the building’s rapport with its urban context, a clear refection of de Portzamparc’s view that “renewing architecture requires completely rethinking how solids and voids relate, how external space should work, and the importance of acknowledging the entre-deux, the spaces in between” (Florio, Riccardo “Christian de Portzamparc. Disegno e forma dell’architettura per la citta”, Officina Edizioni, Rome, 1996, p 9).

Although very different, the geometries of the building’s two street frontages do relate to each other. Indeed, the amalgam of different shapes appears much more complex than its individual components. As a result, the observer becomes aware only gradually, almost unexpectedly, of the very many diverse elements making up the whole structure.

The two aspects of the building contrast profoundly with each other. One, a strikingly organic flow of billowing curves in resin and fibreglass wraps around most of the building; the other, set behind this flamboyant front, a more subdued, soberly elegant façade.

De Portzamparc’s approach here is very different to his programme for LVMH’s tower in New York. There, the complex geometry seems partly folded in on itself, like a bud about to open, its blue coloured core reinforcing the impression of something about to burst forth. The compositional variety of the façades is highlighted by the clever use of glass of different shapes and shades, diffracting light to resemble... 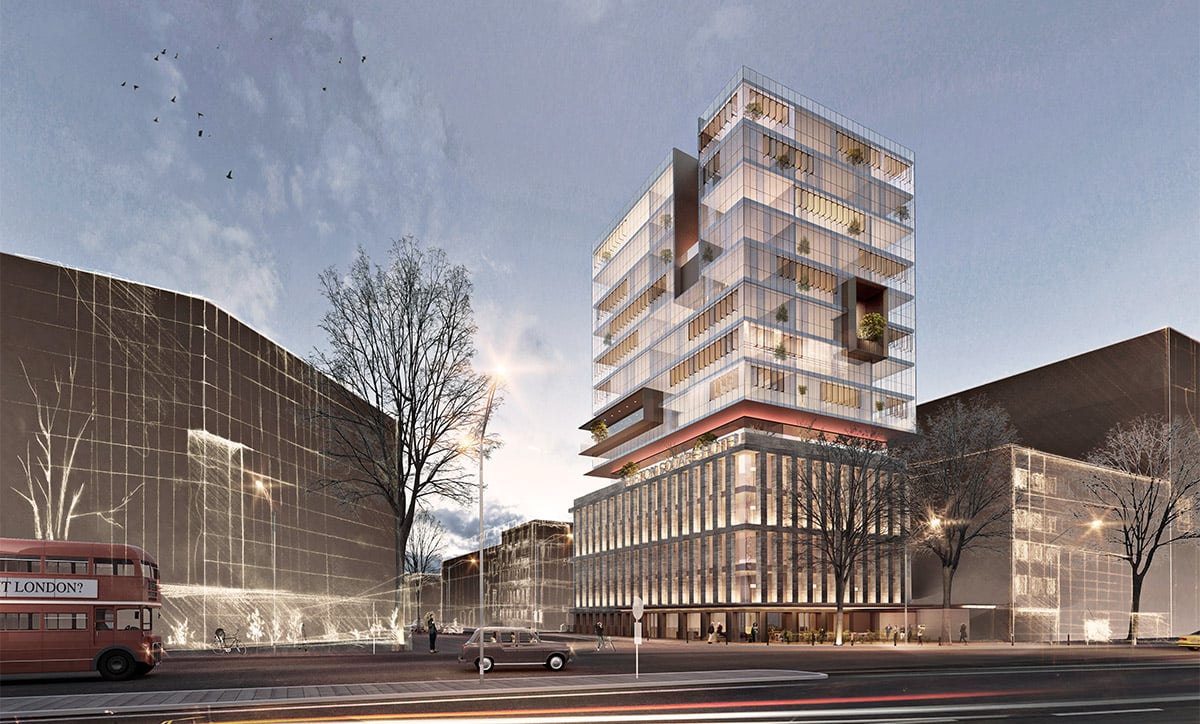 I have been to many different cities recently. Some I had not seen before, some quite familiar, just like an old friend… Emre Arolat, Editorial... 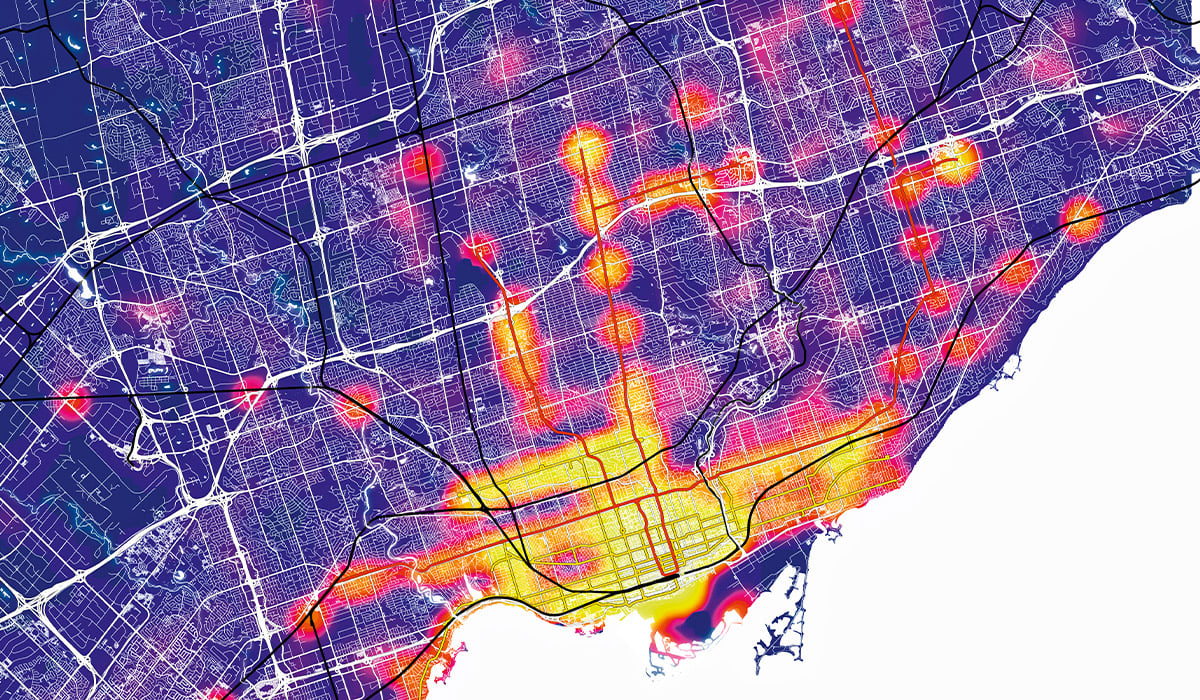 For this issue our “electronic brains”, as computers were once called, were programmed to look at the city of Toronto and its province. The CityPl... 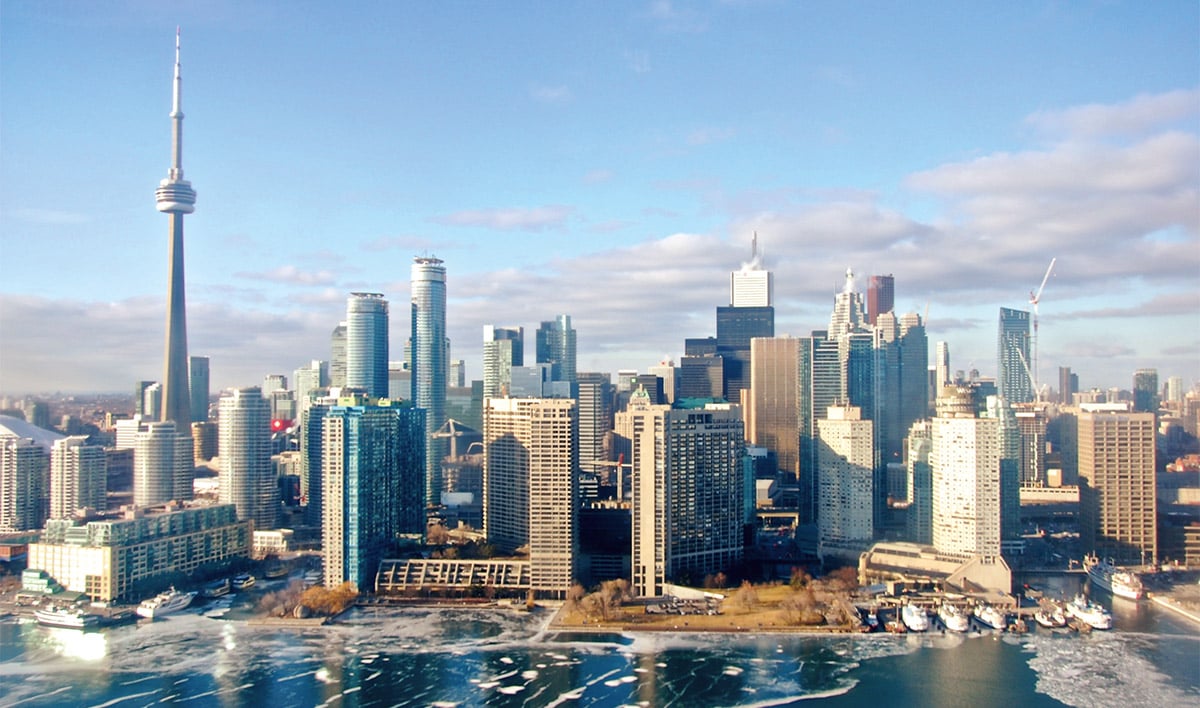 Urban impressions of a small-town architect

Cities too are organisms, made up of many sub-organisms. Stefano Pujatti. Toronto Mapping. The CityPlan....