The Limits and Contradictions of Theory 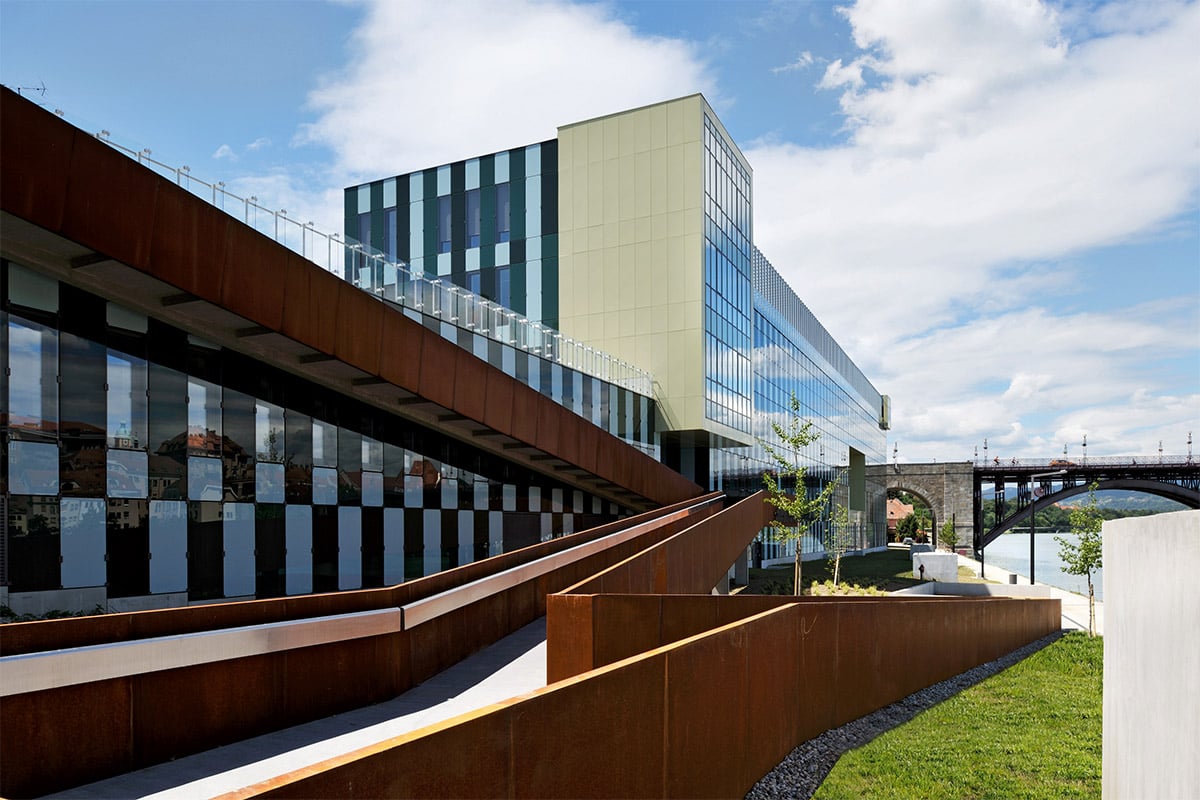 Viewpoint
Assessing the currency enjoyed by a given theoretical position requires an understanding of the contingent setting or condition in which it is posited. Architecture has increasingly become a topic for disquisition. Pressurised by globalisation, the media and consumerism, today’s films, television, advertising, events, design, brands and politics all join the fray in a compelling confrontation.
The conventional concept of architecture as the ancient classical art of building is only intermittently put forward, always for short periods and never correctly. In contrast, the pressures mentioned above have led to “archi-culture” becoming a mass phenomena topic, with the result that architecture is no longer able to act independently. Its Silentium must be given a voice. Consequently architecture is no longer able to adopt a critical position.
The digital era has caused a paradigm shift between representation and the object. The practice of architecture has been deprived of its social responsibility. As a result, its very cultural mission has been cast into question. Yet building and architecture as an ethical activity, and by that same token the theory of knowledge, society and politics have been the concern of philosophers from Aristotle and Kant to Kierkegaard and Adorno. Today, the question of the condition and independence of art and architecture, its truthfulness and especially its social role are still posed. And still today the paradigms for interpreting and assessing lie in the built object; in other words, the best interpretation comes from the architecture itself.
As a reference system, theory proceeds by imitation or orientation. It is a re-production or re-presentation, a re-thinking drastically estranged from the actual object, as any critical appraisal will show. The critic, thinker, analyst or image-maker all take their own (disparate) liberties with the work, reacting only to the object as observed. The resultant text is a mere transcription, like Freud’s transcriptions of traces of the unconscious or his example of the physicist in his cloud chamber. For the narrator is at the same time reader of his own text, viewing it with pitiless severity, examining his own intuitions and need to rewrite the rules. Another feature of our dominant pluralist culture is that any personal encounter with architecture, art, literature and music remains largely unexpressed. Current critical theory offers practically no room for any personal experience with the object. Do the text, the construction and our own existence meet at any time? Even the reception theory and its different levels of appreciating aesthetic interpretation remains for the most part a formal exercise. The impassioned, eloquent analysis of the modern movement by Gideon, Pevsner and Banham are - at least to my mind - somewhat dubious. Attempts to express personal feelings run the risk of appearing confused if not indeed embarrassing.
Today’s more muted theoretical stance would still do well to seek inner clarity and a broader perspective. But structural semiotics and deconstruction are expressions of a culture and society whose concern is to appear “cool” and where discussion remains aseptic.

Personal Reflections
I discovered Herbert Silberer by chance in “Écrits” by Lacan. This young journalist and sports enthusiast who lived in Vienna at the turn-of-the-century was in fact partly responsible, in my view, for the various phases of my professional maturity. Silberer, who later became a psychoanalyst, developed his own theory of how to approach architecture in his essay “Über die Symbolbildung” (we should not forget the book by Josef Frank entitled “Architecture as Symbol”).
Silberer was not concerned with the phenomenon of the states of awareness whereby thought becomes a symbol. It was not imagination that should be of concern, but rather the process of becoming aware of what was happening around one. It sidesteps the Freudian obsession with symbol and so directs attention to the essence of that which is symbolised. Silberer’s stratification of material, functional and somatic phenomena was taken up by Lacan, who made it the core of his own doctrine founded on the structure of language and the unconscious. It was these structures that one after the other, like stones, bricks or other tangibles that generated - both in the Vienna Circle and their concern for unconscious thought, and in German metaphysics - a method of verification based on the merely demonstrable.
This “purification” did not go as far as Wittgenstein had posited in his “Tractatus”, whereby all philosophical assertions are in fact insignificant, and at best only philosophising has any sense. Indeed Wittgenstein was of the opinion that everything had a scientific explanation. For a small group of emerging architects this led to strict scientific research being extended also to the theoretical approach to architecture.
I, who came from another world, viewed this purification as much too radical since it would have led to all Renaissance and Baroque architecture - the extravagant fruit of papal-Catholic flights of fancy - being completely swept away.
Yet it was not the dandy Wittgenstein to appear on the scene but Rudof Carnap, who defended philosophy as a science, since philosophy alone had any existential right of citizenship. Carnap defined all metaphysical positions as “conceptual poetry”. His principal of tolerance was based on the fact that a void could be occupied by the individual, provided the underlying thought was determined by syntactic definitions and not by abstract considerations.
As a whole, the Vienna Circle Manifesto with Moritz Schlick, Otto Neurath, Rudolf Carnap and Ernst Mach was a free movement, an academic and university grouping. The logical empiricism underpinning its conception of the scientific world aimed to radically transform society, an all-important concept for us at the time. As Carnap put it, for an architect this was tantamount to eliminating the “illusory problems” of cognition theory; it was a concrete approach very close to our own practice, a way of going about things that encouraged structured action based on awareness and independent of any concern for a philosophical stance.
Thanks to the impetus given by this sort of practical aesthetic we discovered a parallelism (regardless of whether this could be demonstrated scientifically or not) with the rational, positive process of Adolf Loss and his “Raumplan” aimed at the careful hierarchical stratification of spatial nuclei, which in turn led to a keen sensitivity for quality-of-life and the material means of achieving it. Since we had been trained in architecture by internationalist teachers without any cultural imprinting, Loss proved to be a useful instrument. The subsequent contaminating of Modernism’s white surfaces with Semper and his “polychrome mosaics” could be seen as the follow-on to this story. Despite their rigorous applied methodology, these precursors were unable to either fix the position or the paradigmatic oscillation of their theory. They nonetheless have proved a useful means of withstanding the onslaught of the theatrical, hermetic and computerized scenarios and their ineffable turbo-capitalistic brands.

A City on the Move

With a population of 3.5 million, Medellín is Colombia’s second largest urban conglomeration. The city and its surrounding metropolitan area are lo... 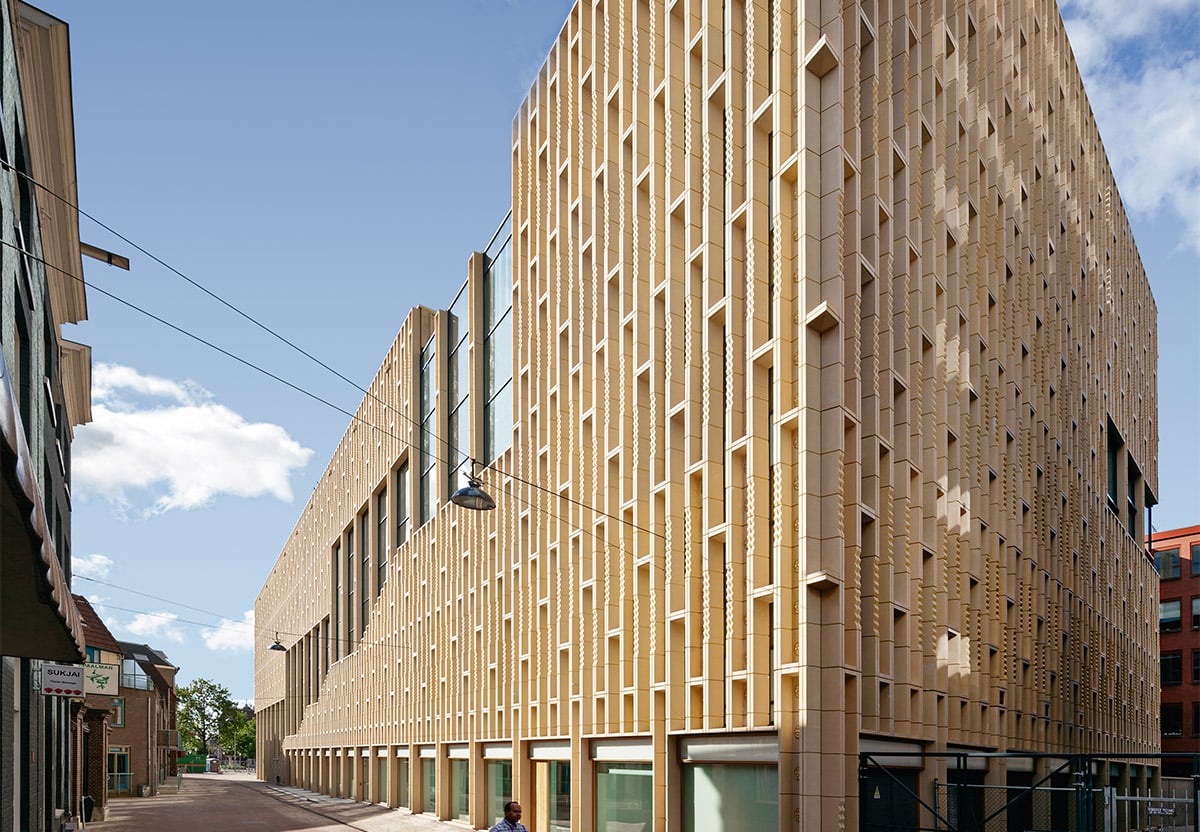 Restraint and Invention in Dutch Architecture

The Dutch are masters of innovation, and design is embedded in their DNA. For centuries, this small, densely populated country has traded with the wor... 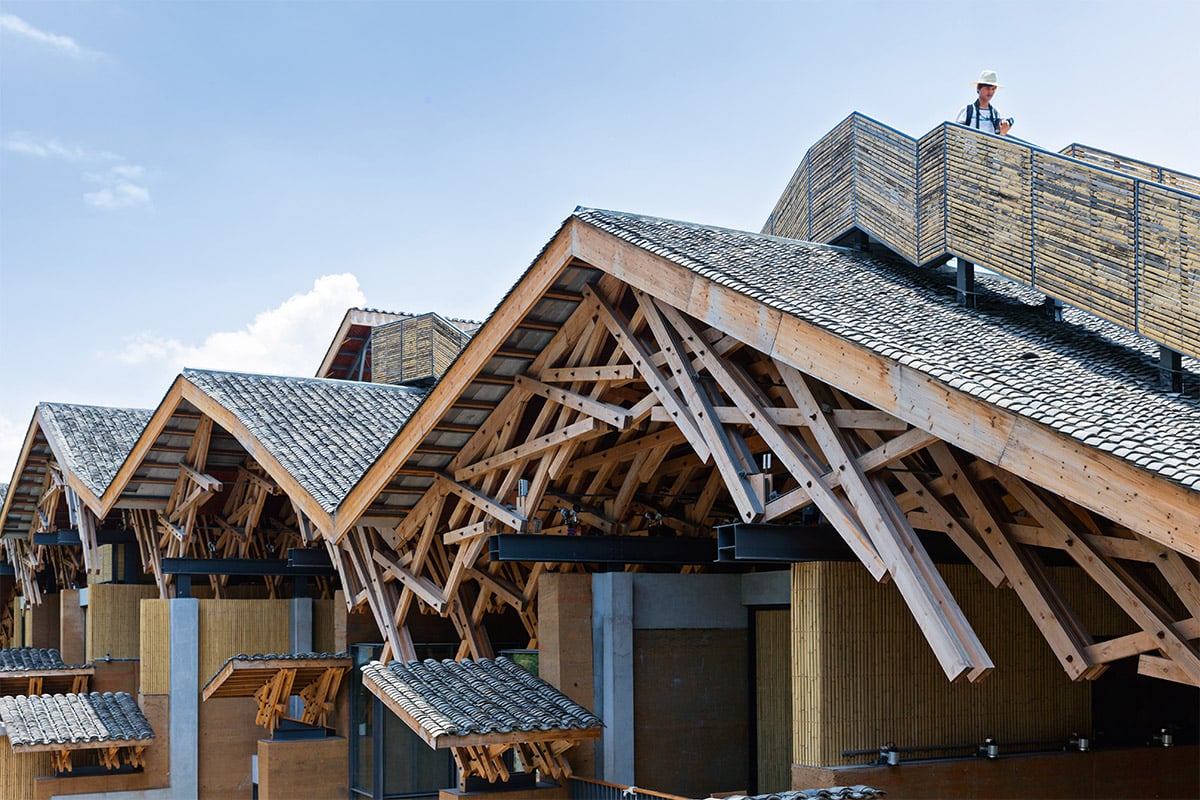 The guesthouse and reception centre Wa Shan incorporates several key considerations regarding architecture’s role that are dear to the Amateur Archi...