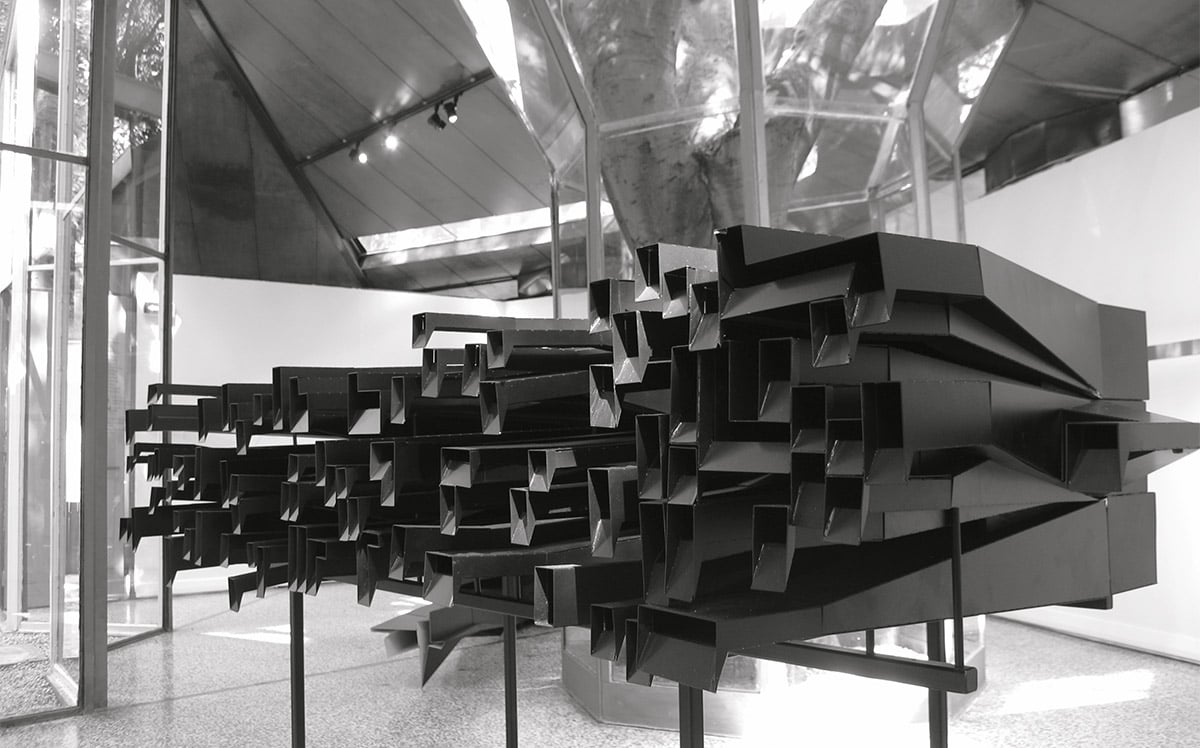 The Perimeter Institute for Theoretical Physics has arrived in Waterloo, a satellite city west of Toronto, as a calibrated and surprisingly sensuous, geometric assemblage. The building has two distinct faces. To the south, alongside some rail tracks, is a deep, blade-like façade of matte black aluminium panels; it is cut into to create a set of niches and window openings that are lined in stainless steel to catch light and glint in the Canadian rain. To the north, stacked boxes protrude outwards at slightly different rates, each box like a tailored shipping container with views out over a reflecting pool to a small lake in the middle distance; these are the individual study chambers for the Institute’s physicians.
The Perimeter Institute was founded by Mike Lazarides, inventor of the Blackberry, as a centre for advanced research. Like the Neurosciences Institute in La Jolla, California (completed by Tod Williams, Billie Tsien & Associates in 1996), it gathers together a comparatively small number of highly gifted individuals in close proximity to one another. It is more like a large house or academic villa than a university department, with voids between the north and south façades inhabited by communal spaces - dining hall, theatre, enclosed garden, squash court, library, penthouse suite. Extensive internal walls of glass, strategically positioned footbridges, and cleverly composed ceilings reveal the plastic complexity of Saucier + Perrotte’s architecture.
Since establishing their practice in Montreal in 1988, Gilles Saucier and André Perrotte have built impressive facilities, both renovations and ground-up construction, for educational and cultural uses. It is tempting to ally their interest in the planar, the cubic and the abstract, their sensory appreciation of technology, with a contemporary French attitude. In contrast, the architecture of English-speaking Canada (the Wrightian megastructures of Arthur Erickson; the Scarpaesque compositions of... 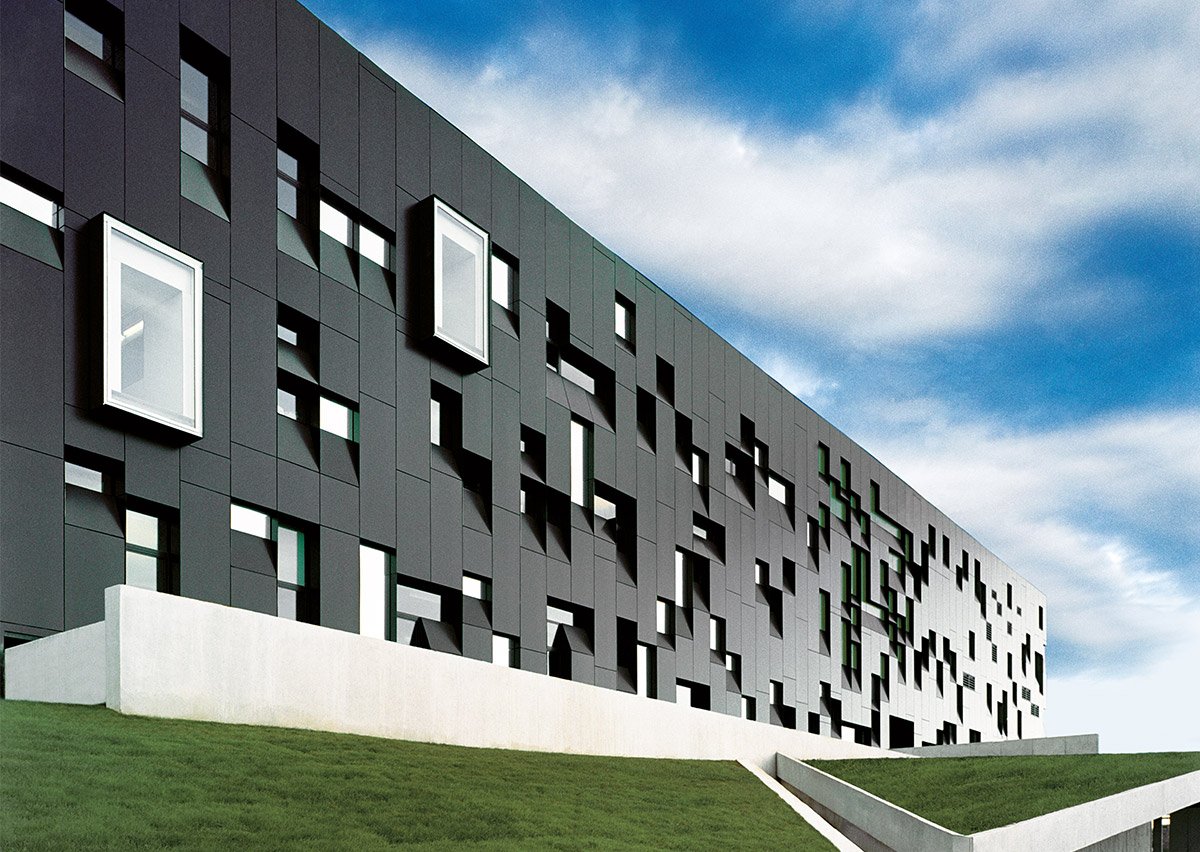 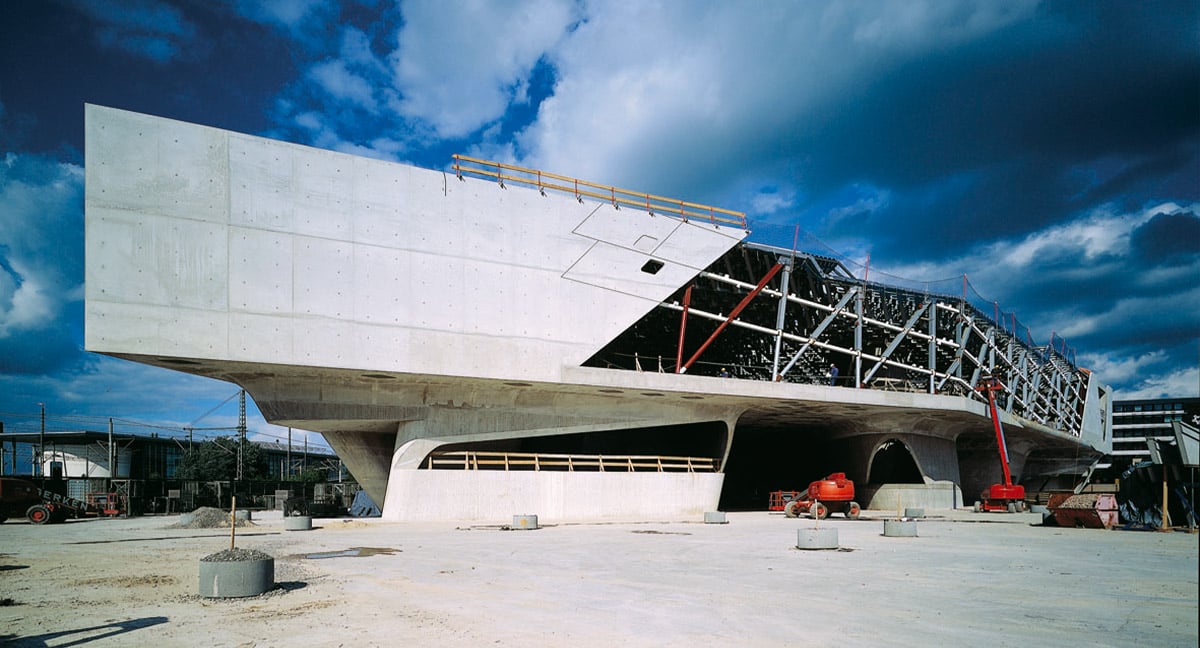 Originally created to house the workers of Volkswagen Works, and once called “Stadt des KdF-Wagens”, the city of Wolfsburg is a typical example of... 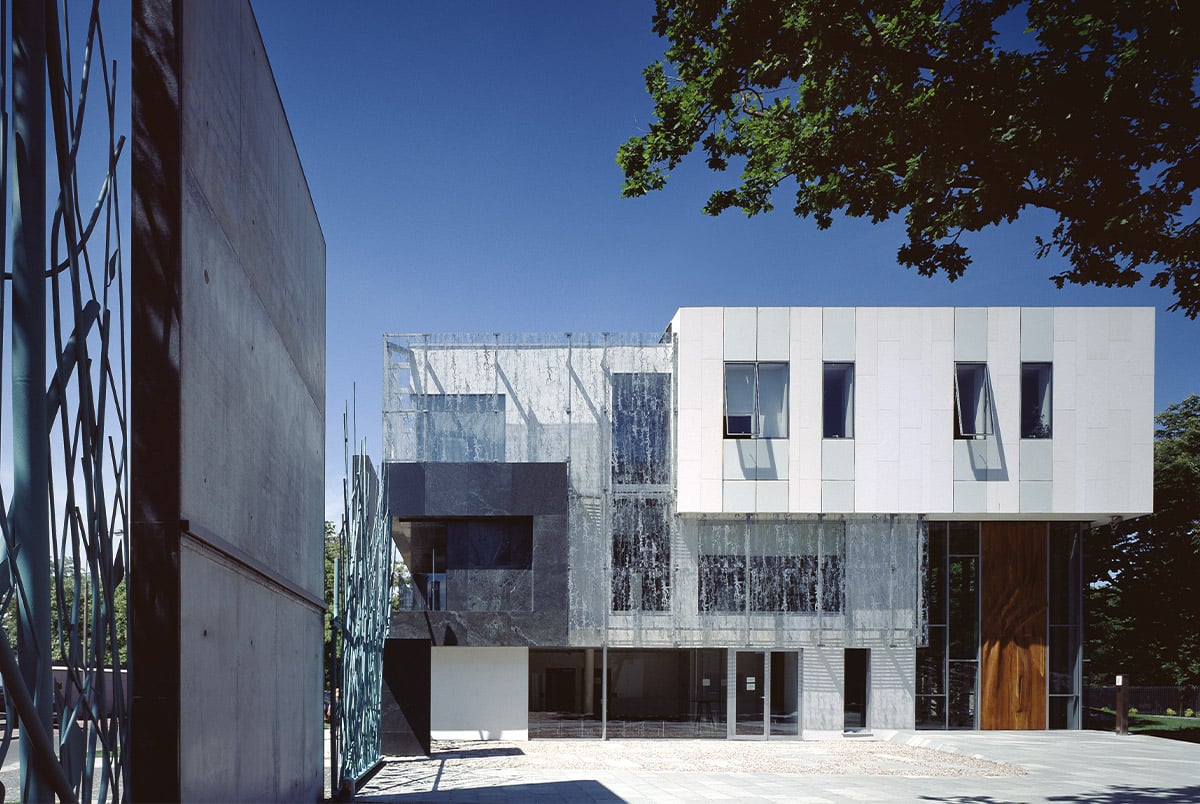 The new Royal Netherlands Embassy sited near Lazienki Park in Warsaw, Poland, was commissioned by the Dutch Foreign Affairs Ministry with the specific...