On the slopes of Etna, an ancient winery becomes a hospitality space for wine tasting

PIANODARIO is a part of Tascante Estate located on the slopes of Etna, which derive their unique characteristics from the volcano. It is a special territory: a terraced landscape characterized by a succession of dry stone walls and rows of vines, dotted with ancient stone buildings, historically dedicated to the production of wine: the "Palmento" (millstone). “Palmento” is a typical local construction, which perform the function of winery. It is typically realized with the art of dry stone walling, with sloping roofs of chestnut beams, built in close relation to the function it had to fulfil. The functional principle of the historical Palmento consists in the optimization of the flows and in the use of gravitation, through the movement of the grapes by "fall", from the warehouses (+2m) to the tanks (+0.00) and then, through sloping channels, from the tanks and the press to the Bottaia (-4.00m). The Bottaia (barrel room) is located at a level of 4 meters lower than the wine making area. This system finds its origin in traditional way of producing wine and today it is recovered and included in the modern winemaking production used at the Contrada Rampante Cellar, the true productive heart of the Tascante Estate. The intervention consists in the restoration of the “Palmento” which has been converted into a hospitality space for wine tasting and into a museum of wine production and tells the history and traditions of this ancient practice. The "Bottaia" is used as tasting room and for company meetings or press conferences. Attached to the Palmento is the home of the winemaker, which has been carefully restored to transform it into a place of tasting and hospitality for those who visit this wonderful place on the slopes of Etna. Here guests can taste local and home-produced products, such as oil and vinegar. The house has been equipped with all necessary amenities and services, including a kitchen, a tasting area and a lounge room heated by a custom made lava stone fireplace. The exteriors have maintained the original materials, lava stone slabs and gravel, while the facades have been restored with a philological approach, both in techniques and in the use of traditional materials of the area (such as the "cocciopesto", a clay amalgam that allowed to waterproof the pressing tanks, which was recovered and used to restore missing parts). The deteriorated chestnut beams of the roofs were replaced, keeping the supporting structure intact. Today, Pianodario and the marvelous terraced vineyards that surround it tell a story of tradition and project a tale that began centuries ago into the future through the tasting of the estate's wines. 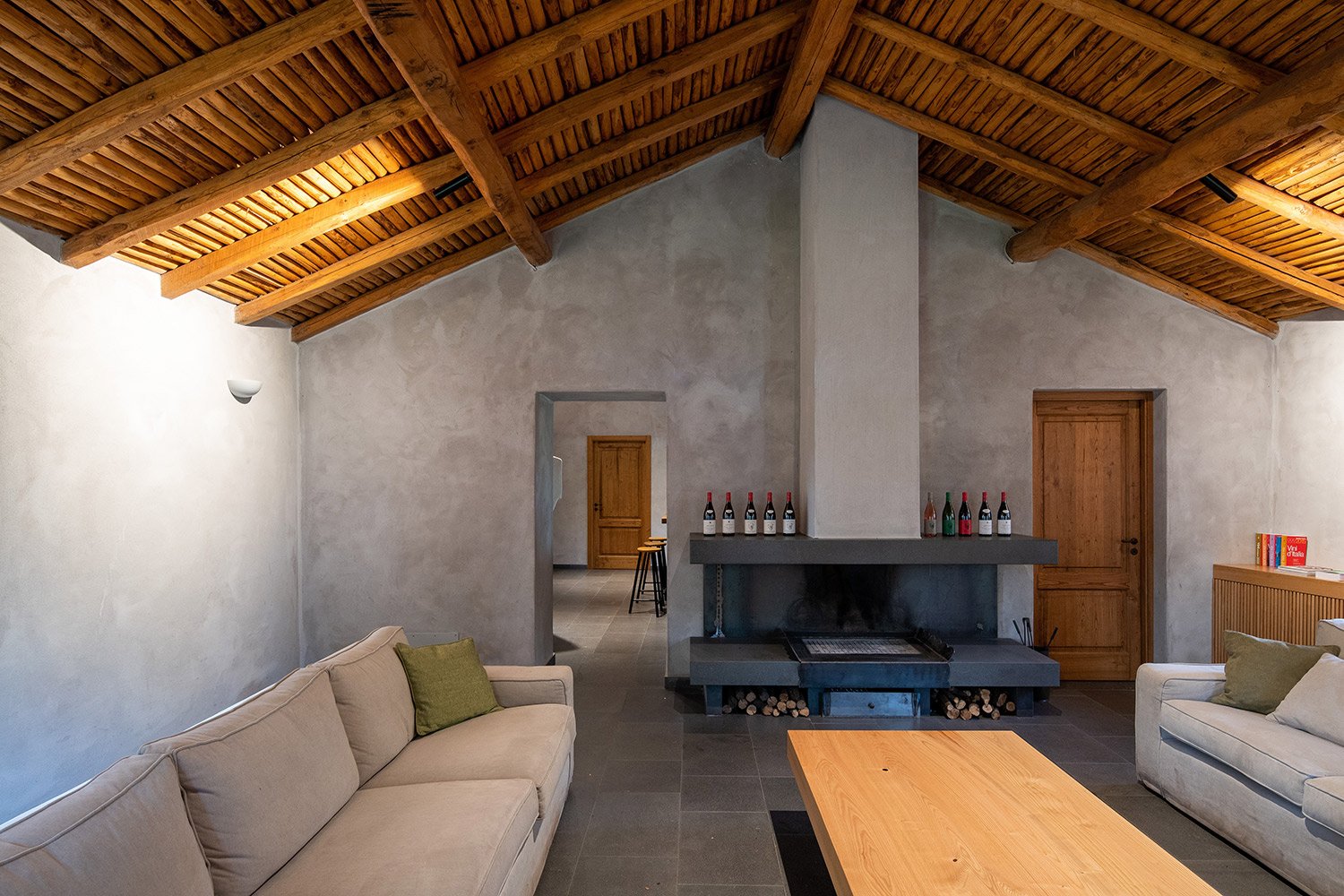 MAB arquitectura is an architectural firm based in Milano, founded in Barcelona in 2004 by Floriana Marotta and Massimo Basile.The approach of the office is based on a site-specific architecture with strong identity. MAB designs urban masterplans, public spaces and redevelopment proposals for brownfield regeneration. At the architectural scale MAB works on residential buildings, re-use and facilities design. Among the most relevant works: the Housing complex and Public Park in Via Gallarate-Milan, The Patronage Laïque-Cultural Centre and temporary housing in Paris, the restoration of the lighthouse at Capofaro Locanda&Malvasia Resort, the urban regeneration projects “ Redo Merezzate” and Moneta” in Milan. Among ongoing projects there are the Masterplan for the new smart district Milano4You in Segrate, the expansion of Tasca D’Almerita’s Winery at Etna, the brownfield renovation in Settimo Milanese, the Parish Multipurpose Center in Reggiolo (RE).