Viabizzuno headquarters in Bologna: as far as one can see The lower Po Valley is a poorly defined territory and, like the fog that often pervades it in winter, has no clear boundaries. Rather, it is a vast expanse of flat land, interrupted every now and then by the occasional village, which, however, seems more like an island than a town. Under this endless expanse of sky, everything is still, grey, quiet. Whatever develops more the vertical dimension then becomes authoritative.

In contrast to the uncontested dominance of the horizontal plane, which gives rise to a general disorientation, here verticality almost constitutes an architectural ideal. The bell tower, the tower manifest themselves as a constant in the Po Valley landscape, a built element present in a diffuse form throughout the territory. The shift of reflection to the vertical plane moves attention along the rivers, where rows of willows, elms and poplars, together with the banks, form a spatial order that only exists in these parts. Alongside this analogy, endless rows of light poles surprise with their vulgar verticality and for a moment destroy the precarious dimensional balance of the plain. At a certain point, however, even the trigonometry of the towers and trees loses importance; the presence of cottages, stables and semi-abandoned ruins forces one’s gaze to rest on the rural settlements. Far apart, each factory takes up more time to be looked at, contemplated as a landmark in a landscape that, in its greyness, eludes the observer’s attention, defining a metaphysical frame.

In the gloomy concrete jungle of the Bentivoglio Castle production area, a few kilometres north of Bologna, the project for the new Viabizzuno factory aims to find, in the midst of the fog of the plain, a meeting point between industrial architecture and the characteristics of the territory. The production pavilion, together with the office centre, showroom and theatre wrap around a central courtyard. This assumes the task of harmonising and defining a collective interval between distinct and independent uses, even those that are very distant from each other. Beyond the industrial complex, the only element that stands out from the confines of the courtyard is the foundation tower, which traces the not too slender proportions of rural towers. It is the only element, of the various volumes that make up the factory, that, together with a row of cypress poplars, faces the motorway turning it for an instant into any country road. 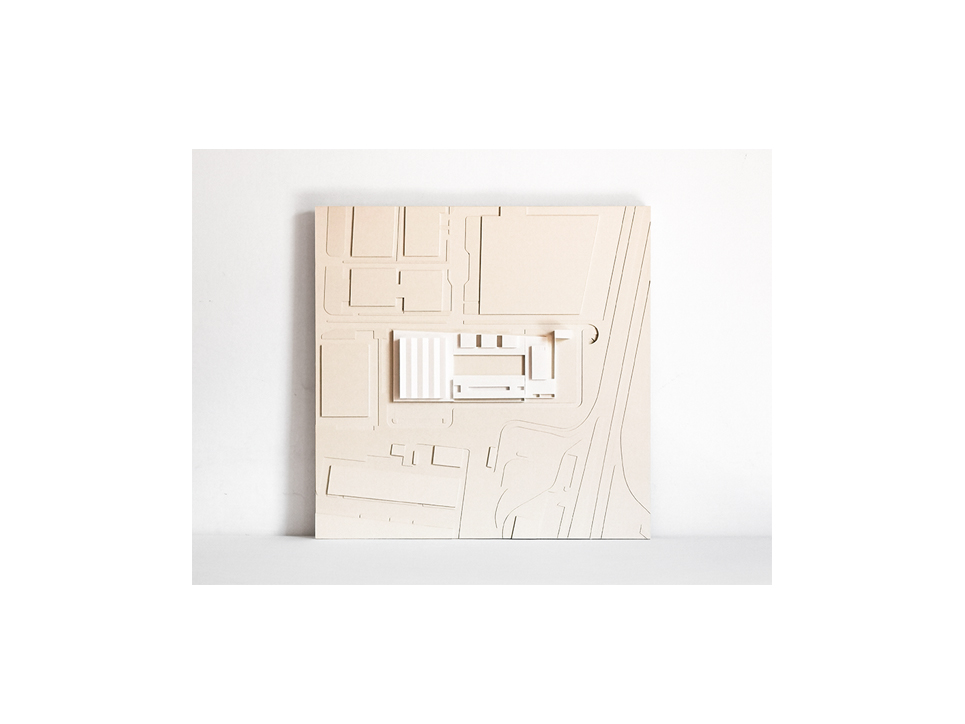 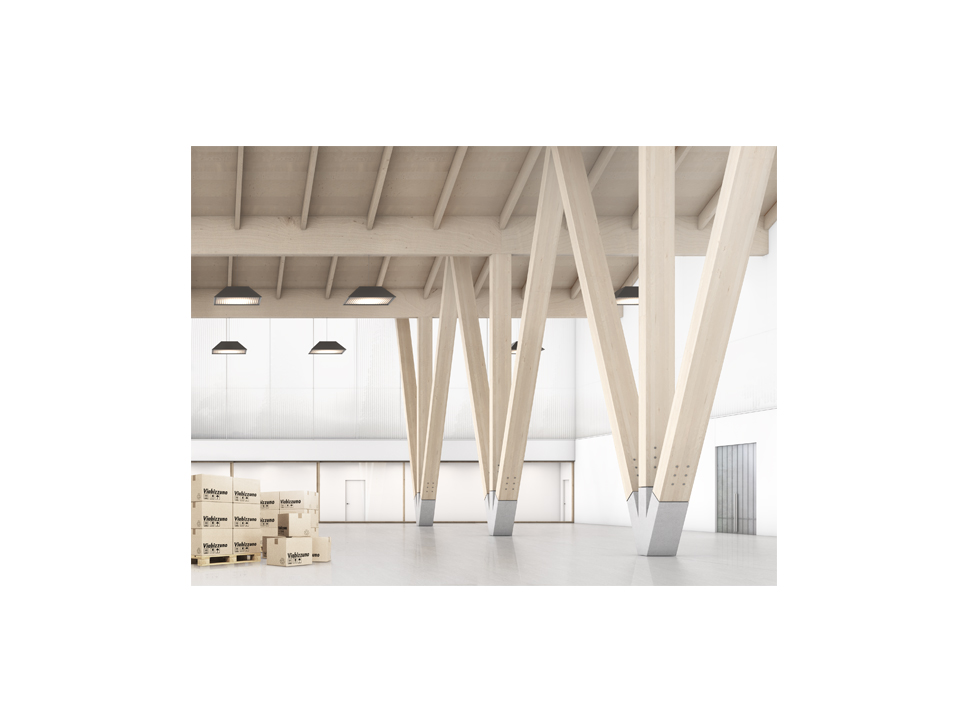