The project concerns the construction of a new industrial plant for the production of glass containers, for the company Vetropack Italia S.r.l., one of the main European producers of glass containers for the food & beverage sector. The proposal concerns the relocation of the company in Boffalora Sopra Ticino with simultaneous total modernization of the production plants according to the best industrial technologies and the expansion of production and support structures (warehouses, offices), providing new generation plants with less environmental impact. The site chosen is the disused industrial area "Cartiera Reno De Medici". The project involves a global redevelopment intervention with site reclamation, demolition of existing structures, repositioning of the building volumes and the formation of a public park along the Naviglio. The planned settlement does not involve "land consumption", the project is configured as a recovery of compromised industrial areas. The planimetric scheme of the new plant follows the morphological structure of the previous production site which echoed the layout of the historical agricultural network. The settlement, divided into interconnected building blocks, will consist in: production plant, finished product and raw material warehouses, functional facilities for production and general service, office building, canteen and changing rooms, parking for heavy vehicles. The public areas are: green area in front of the Naviglio as a public park, public parking, equipped cycle and pedestrian path, recovery of a building for public use - Info point, interventions on roads. Both the buildings and the uncovered areas have been the subject of chromatic studies aimed at avoiding the increase in solar reflection and limiting the visual impact of the new volumes which are in any case shielded by tree-lined quint. In order to mitigate the new industrial presence, the compositional solutions of the facade have favored discontinuous natural colours. The colour range, from ocher to sand, from opaque white to browns, favors the nuanced transition between colours without choose camouflage solutions; the chessboard provided on the facades defines the building but lightens the perception of the volumes towards the Naviglio. Along the entire perimeter of the project area, new rows of trees and wooded areas have been planned. The cycle/pedestrian system will be connected with the municipal networks and with the Regional Cycle Path. 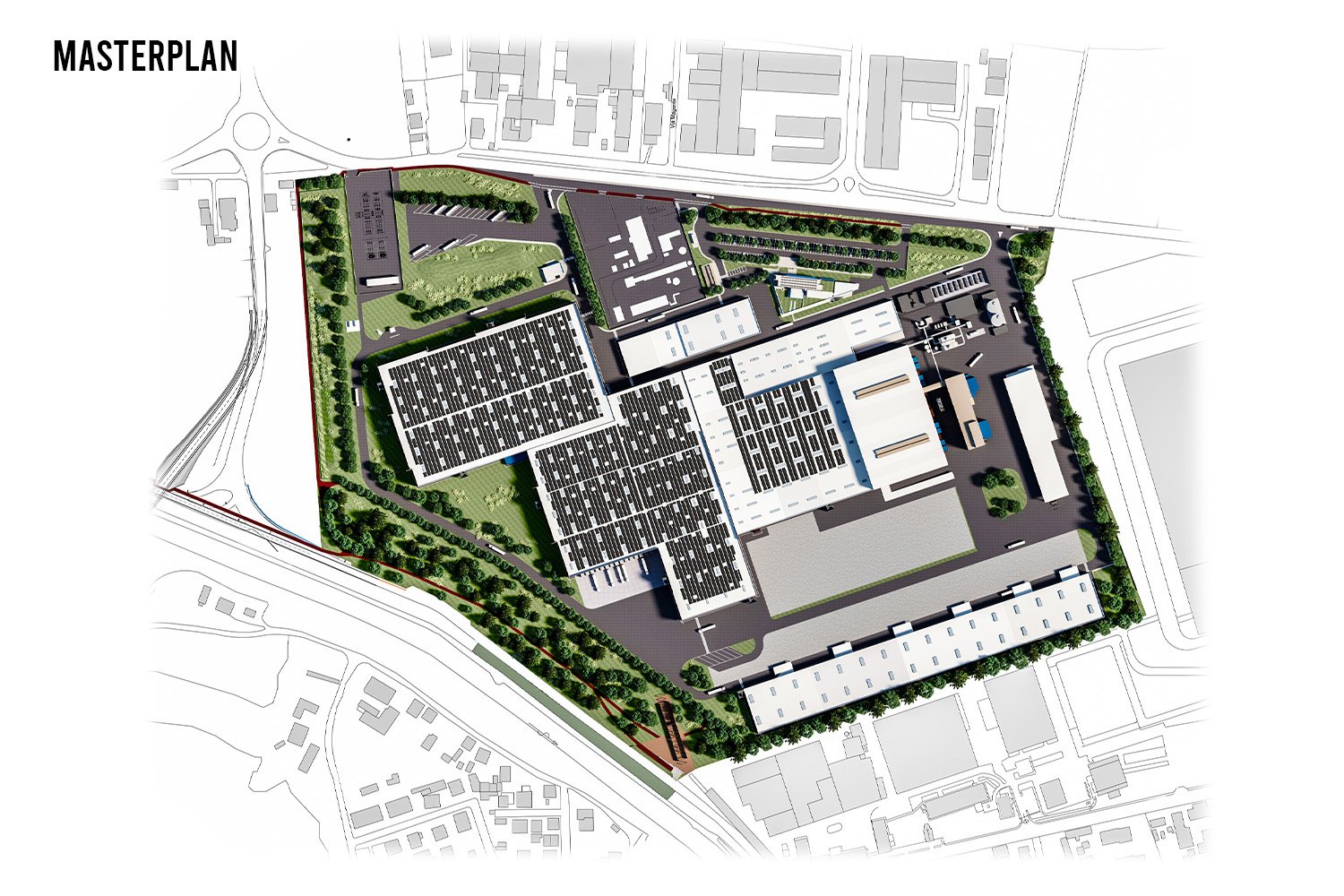 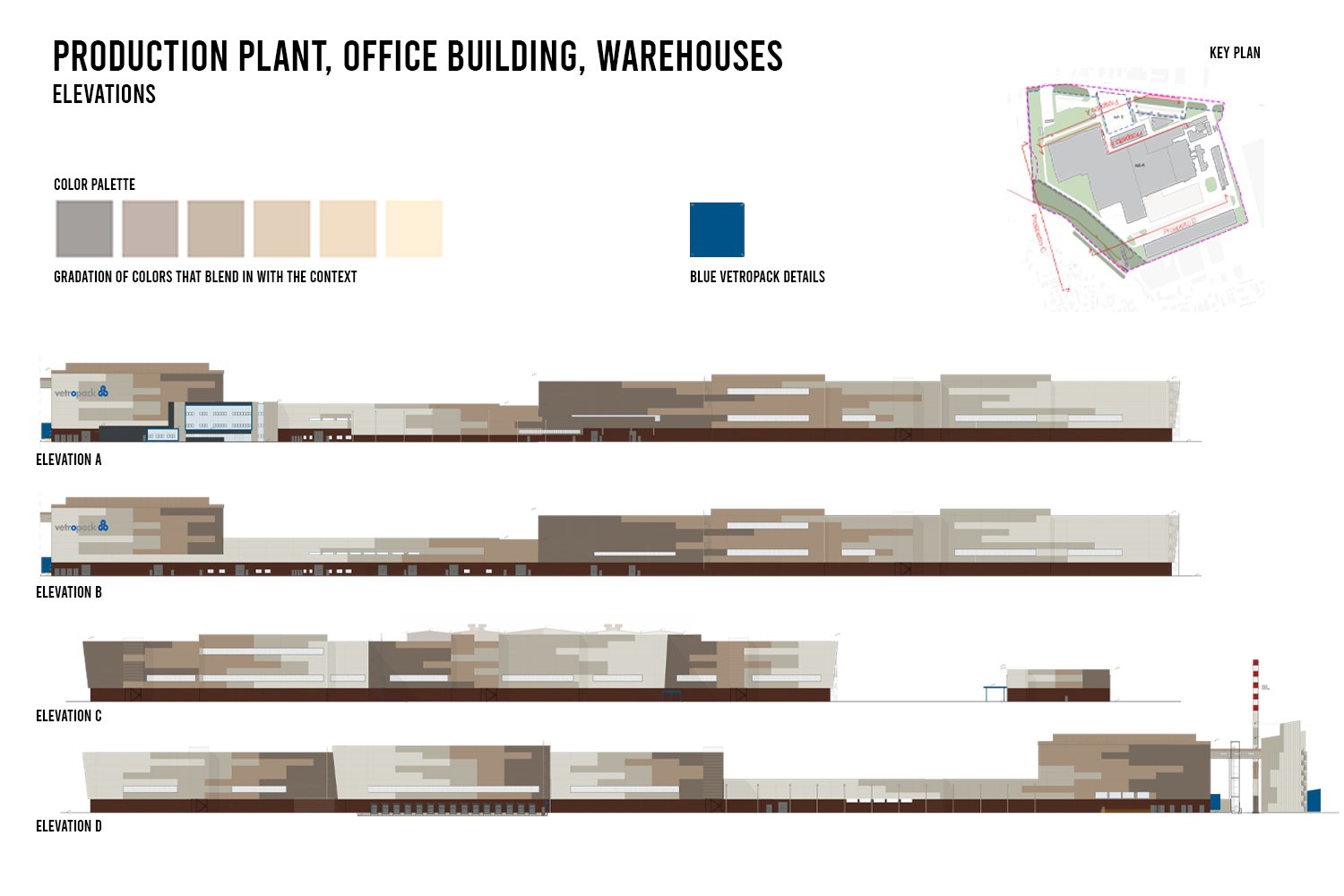 GSE Italia is the Italian branch of GSE Group, based in Milan since 1999 and operating as General Contractor, specialized in the "turnkey" construction of industrial, logistics and commercial buildings. With a team of 90 collaborators, GSE Italia offers tailor-made solutions with dedicated teams for the realization of real-estate projects. | A2N Studio deals with the components of urban, architectural and engineering development process connected to the building and environmental transformation. The main activity is focused on urban-scale design, urban planning, implementation plans and environmental impact checks of city-services design, urbanization and technological networks, architectural design and direction of construction works. Attention has also been paid to micro-urban planning and to the design of large-scale tertiary/commercial/production/logistics complexes. The studio is made up of 3 partners and collaborates with 8 technicians and administrative staff.