The Charles River Speedway is a dynamic, transformative reuse project that combines historic preservation and forward-thinking sustainable design to reposition a 19th-century racetrack and police station into a vibrant community asset and mixed-use destination in the Allston-Brighton neighborhood of Boston, Massachusetts. Built in 1899 as the headquarters for a mile-long racetrack along the Charles River, the Speedway complex is a fascinating mix of building types across a 2-acre campus in Boston’s Brighton neighborhood. Designed by William D. Austin in the Shingle Style with Colonial Revival influences, the architecture mimics the styles often found in luxurious seaside escapes like Newport, Rhode Island used here to reinforce the premise that outdoor recreation and the enjoyment of leisure time is meant for all. An irregular roofline connects six buildings, creating a single-story courtyard. The arched gable entrances, porches, double hung windows and elaborate wood trim create an overall composition characteristic of William D. Austin’s architectural work. The complex was originally constructed in by the Metropolitan Park Commission as a headquarters to support a new parkway along the Charles River, a park that turned a stretch of tidal mudflats into an interconnected series of public parks. This development included a mile-long horse and bicycle racetrack, which became one of the city’s most popular gathering areas. In later years, the facility housed the now-defunct Metropolitan District Commission Police. Many of the original horse stables were extended and converted into vehicular garages to support the agency. Over time, the rise of the popularity of automobiles affected the complex in various ways, ultimately the racetrack was razed mid-century to make way for Soldiers Field Road. The Speedway Headquarters buildings were used for different purposes until the 1990s, slowly falling into disuse. Hidden in plain sight, the facility had been largely abandoned since 2005. Portions of the buildings had begun to decay, and one section suffered a fire. Owned by the Commonwealth of Massachusetts and part of Department of Conservation & Recreation (DCR)’s Historic Curatorship Program, the DCR created a long-term lease for non-profit developer, Architectural Heritage Foundation (AHF) to rehabilitate and manage the historic property. In 2002, the Speedway was nominated as a Boston Landmark; a few years later, the Massachusetts Historic Commission nominated the complex for listing on the National Register. The same year, Preservation Massachusetts added the site to their 2010 Most Endangered list. The increased attention led to DCR, the Boston Preservation Alliance, Historic Boston, Inc, and the Brighton-Allston Historical Association to organize a public charette the following year, generating ideas and community feedback about the site’s future. The area’s State Representative continued to advocate for the rehabilitation of the site as a resource for the community. In 2014, DCR named AHF as the curator partner for the project. After years of work – and despite a fire AND a global pandemic – the Charles River Speedway opened their doors to the public in summer 2021. With the thoughtful architectural and environmental designs of the Architect and close collaboration with AHF, the results exceed all expectations of what this complicated site could become. The historic buildings and their central courtyard have now been transformed into a space for community and a source of year-round activities, attracting a new generation of Bostonians in pursuit of good, old-fashioned fun. The Speedway now supports a variety of commercial uses, including small retail shops and maker spaces, shared offices, a restaurant, café, a publicly accessible community courtyard, a large event space housed in the large, former Garage space, and anchor tenant Notch Brewing. The revitalized Speedway invites all to eat, drink, shop, and connect with the neighborhood. To preserve and transform the complex, piecemeal garage extensions at historic stable frontages were removed and lost features including wooden carriage access, sliding barn doors, and windows were reconstructed. A new, wooden ramp unifies original building entrances at the same grade and doubles as a stage for outdoor performances. Damaged interior plaster was removed to add insulation and fieldstone foundations were reinforced with concrete and repointed. Former stables and a 1940 concrete garage were fitted with recessive glazed fronts and overhead doors that connect them to the upper courtyard. The project employs a 100% electric mechanical system, which will become carbon-free as Boston actively decarbonizes its electric supply. The team approached the mechanical design with heat pumps, which reduced the amount of ductwork and piping needed as compared to an air system. The envelopes leverage the low cost and low carbon of cellulose, while including new detailing to promote drying of the roof and wall sheathing and match the historic profiles of the existing buildings. This required development of a ventilation system under the sheathing of the roof. The new cladding system incorporated a new drainage plane to create a vapor open wall assembly and protect the new cedar shingles by promoting drying throughout the year. The site now includes a complex, sub-surface stormwater recharge system to divert runoff from the adjacent Charles River. The basement and slab design implements robust barrier strategies at the building’s foundation to prevent ground contamination of VOCs leftover from previous uses from entering interior spaces. This included sheet barriers at slabs, clear sealing systems at historic fieldstone foundations so they could remain exposed, and future sub-slab ventilation systems, should they be needed to remove contaminants in the future. 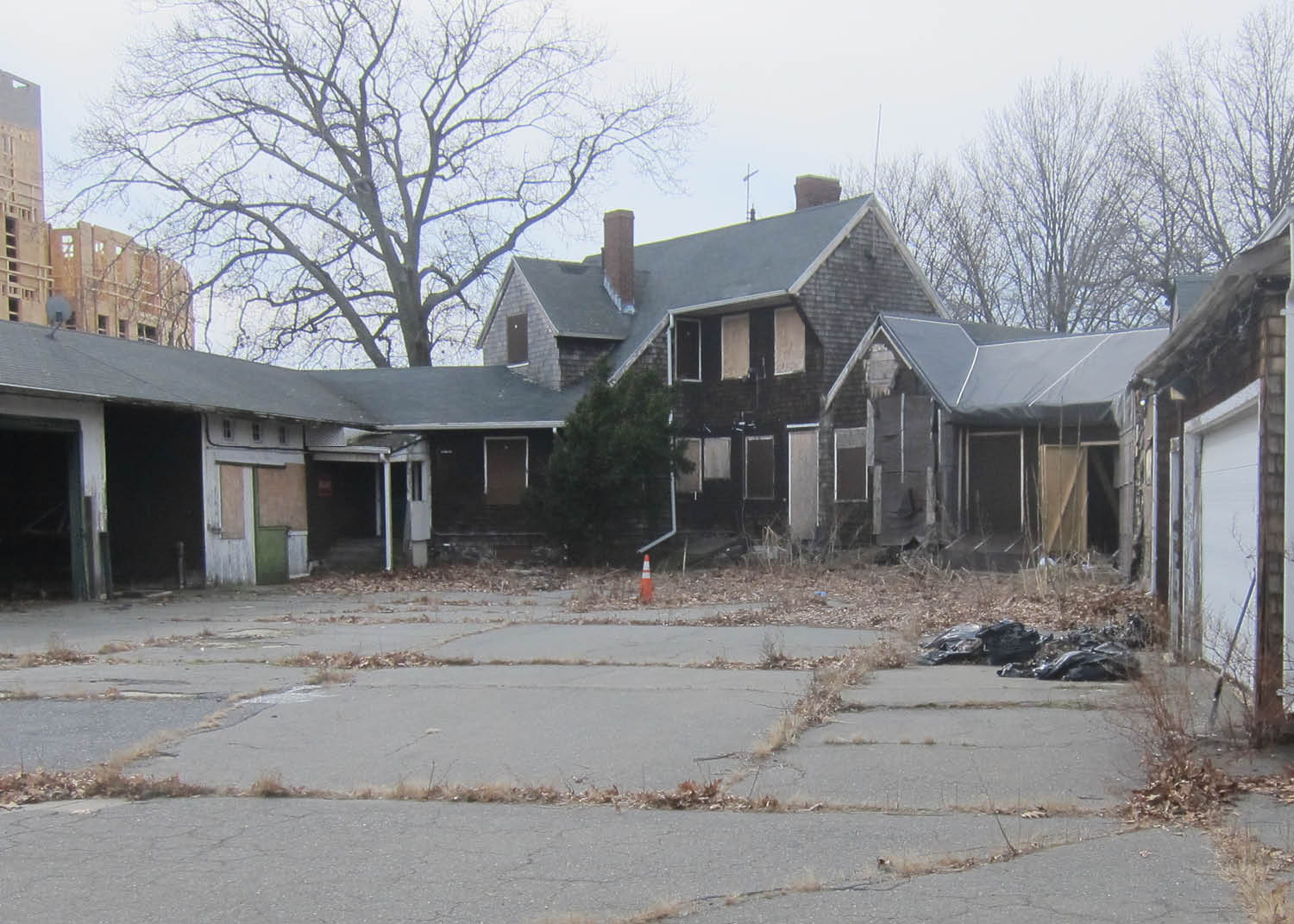 Bruner/Cott Architects is a 35-person collaborative design practice located in Boston, Massachusetts. We strive to create thoughtful client-oriented design solutions that transform place and enhance the human experience, while respecting the natural environment. We are driven by design excellence and an active commitment to a sustainable future and are industry leaders in transformative-reuse and forward-thinking sustainable design.