The plateau in the Gradac Park, together with the city center, is an extremely important part of the panorama of the city of Dubrovnik. Due to its position within the contact area of the historic core, the coverage of the plateau in Gradac Park belongs to the zone of protection of cultural assets of landscape and architectural values. The Gradac plateau serves as an outdoor car park. The project includes landscaping of the plateau, in the form of a new tree line and new green protection zones, as well as the care and upgrading of existing plantations. Along the western line of the scope, at the top of the slope towards the Danče area, the found vegetation remained, mostly acacia trees and laurel bushes. In the central part of the plateau, a holm oak tree was planted to fragment the uniform surface, and the green areas connected and from the points of the city center and the lookout point, vegetation was obtained in several plans within the panorama. A vegetation barrier has been formed along the southern and eastern edges of the scope in order to prevent views of the depleted plateau by planting tall holm oak and pine trees, all in a way that does not destroy the existing vegetation of the ground layer and existing trees. The planting of shrub species from the area of Mediterranean macchia, halophytic species: myrtle, finger hemp, wild and creeping thyme was done on the ground floor. This project includes and implemented: automatic irrigation system, new public lighting system as well as water supply and stormwater drainage systems with an absorption field. The base of the plateau was changed and the surface treatment of the floor covering was made of decorative concrete with visible stone aggregate (CEMEX Coolir Advanced), all harmonized according to the sample accepted by the Ministry of Culture in Dubrovnik. What makes the project innovative is the underground anchoring of trees, manufactured by GreenBlue Urban, for the first time in Croatia, which has contributed to the sustainable development of urban green infrastructure. The GreenBlue Urban RootSpace system consists of load-bearing cells made from 100% recycled material, with over 95% open empty space for maximum tree rooting volume, creating optimal soil biology conditions to maximize root and thus promote tree growth and health. The implementation of this system greatly reduces windbreaks of trees, which are very common in this location. The underground root growth management system enables additional underground anchoring of trees and irrigation, and enables the tree not to start decaying abruptly due to the paved environment when it reaches its maximum dimensions. 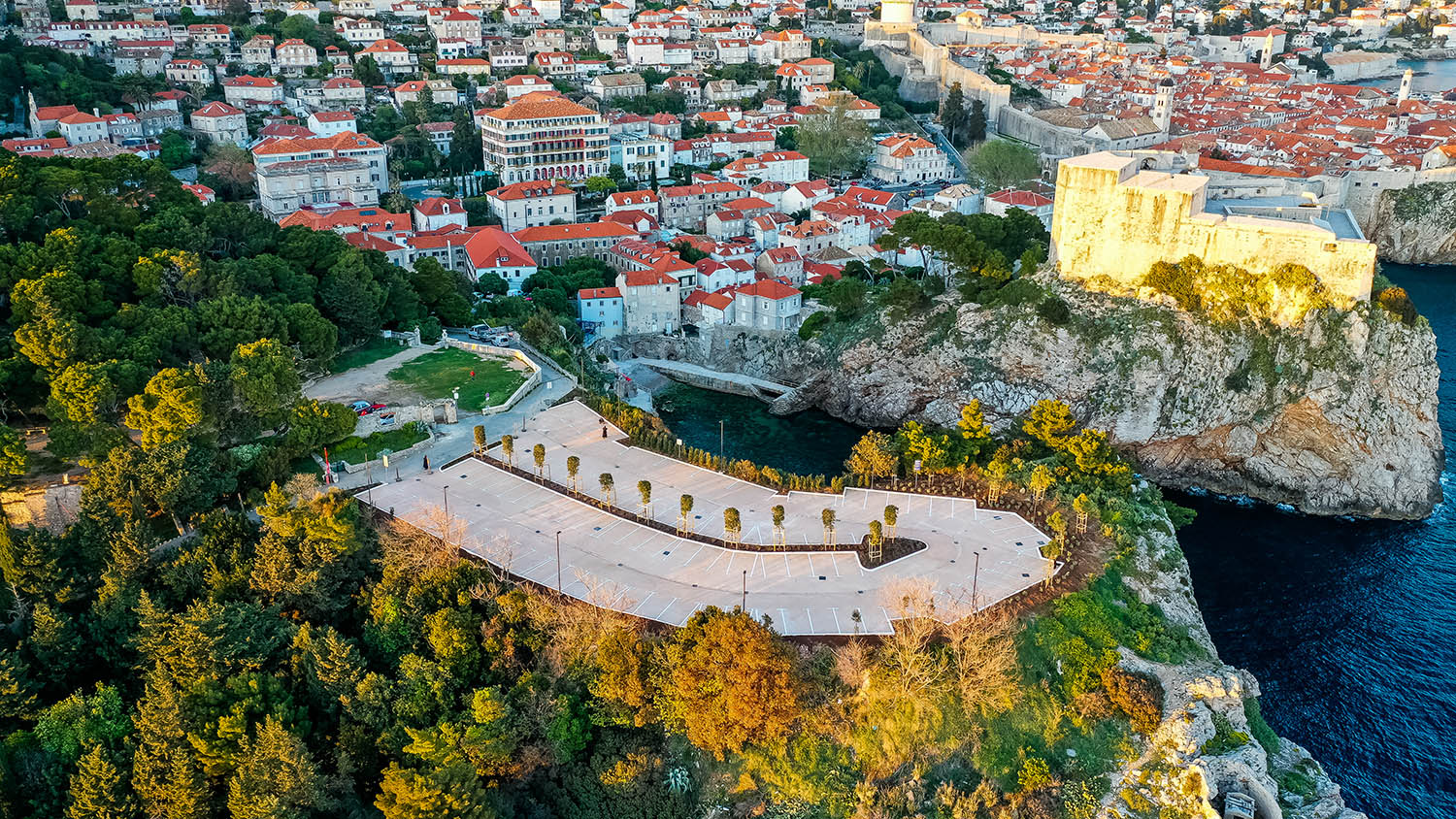 PROTO-ARCH is an architectural office based in Dubrovnik, founded in 2015 by certified architect Lea Durovic Ruso after many years of work in spatial and urban planning and architectural design.