The New City of EL Salvador. Bitcoin city will be developed in the East of the country. Together with a new airport and a sea port, it will become the most ambitious regional development undertaken by El Salvador. This new city will mark the new moment of our civilization. It will be a new urban planning with an environmental conscience due to Bitcoin City generating its’ own energy from the volcano located at the perimeter. This will show a new humanitarian city plan. The city will become a catalyst for investment by local and foreign businesses, who will become principal players in this new cycle of contemporary living. In Bitcoin City, companies linked to the mining of cryptocurrency will be welcomed, as well as technology companies that will come to invest due to their interest in becoming part of this innovative, smart-city model. A number of incentives for investors will make this city a reference on how to make a city both efficient and sustainable at the same time. The citizen is the central focus in the design of Bitcoin City. Their mobility will be clean and their way of working comfortable. The new public space will be the culmination of decades of research on what humans need to live well in an anti-inflationary economy. The city has been designed to be built in stages. As a decentralized system, investment can be regulated according to growth needs. The city will have a large central plaza with a museum that will become a world attraction, showing exhibitions about the history of money. There will also be intelligent buildings with the latest technologies, as well as a large, multipurpose arena that will show events of all kinds, and become the epicenter for concerts in the region. The city will be designed with large landscaped avenues, implemented trams and restaurants alongside activate the urban and pedestrian life. Bicycles expressways are uniformly distributed on each alternate street to allow faster and direct journeys for its users to their destinations. A reliable light-rail network makes Bitcoin City to be partially free of vehicles. The light-rail system is built superficially to reduce construction costs, even though the trams pass underground in the center of the city. Also, there is an express train line that connects with the airport, the port and other neighboring cities. Bitcoin City is a city that will define the future of a country, representing the leadership of El Salvador in terms of urban planning with a future focused vision. 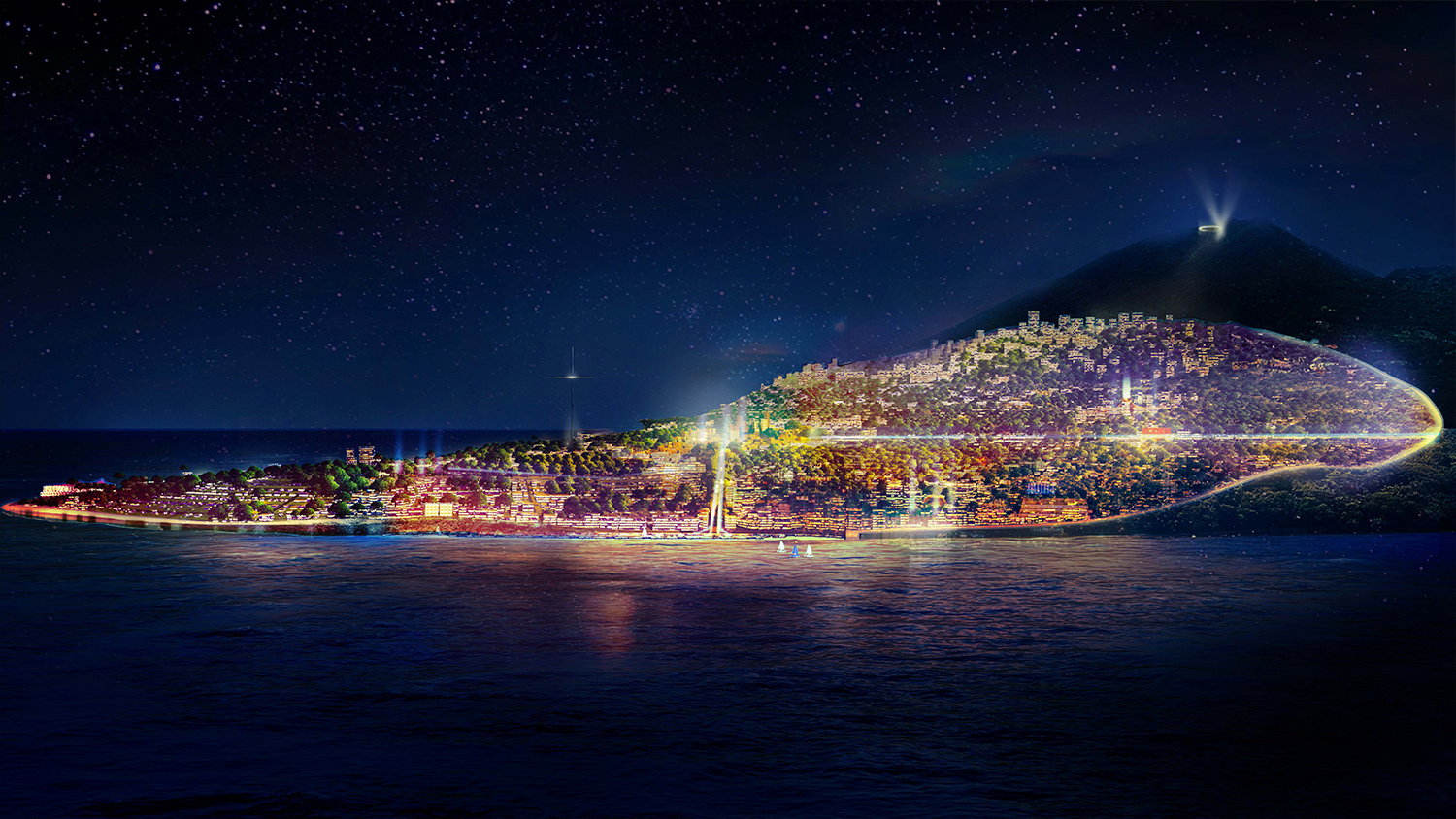 FR-EE is a global architecture and design firm founded by Fernando Romero with offices in New York, Mexico City, Madrid, and Shenzhen.

An active agent in the reconfiguration of site and public space, fr·ee’s commitment to translating historic, social, economic, and environmental contexts into contemporary urban destinations has garnered critical attention and attracted millions of visitors, generating positive impact in cities and communities. Over the past 20 years, fr·ee has realized and proposed projects in several countries that encompass different programs and contexts, from museums and office buildings to dense urban centers and the desert.