Basic info:
Haikou Wenming East Road Tunnel is 4380m at its full length (2720m for the underground 6-lane dual carriageway) with a maximum depth of over 23m. It is the first tunnel to be constructed underneath the Nandu River; vehicles traveling within the tunnel may drive at a maximum speed of 60km/h on the motorway, with a reduced speed limit of 40km/h at road junctions.
Background info:
In 2020, PRC’s central government set out a Masterplan to get the ball rolling in supporting the construction of Hainan Free Trade Port (Hainan FTP) , which has been designated to be a hub port under the policy of The Belt and Road Initiative
Thus far, Hainan Province has quickly and seamlessly integrated into the special economic zone (SEZ) of Mainland China, and its free trade port is now on par with those of Hong Kong and Singapore. Transportation is clearly crucial for the proper functioning of a major hub port; accordingly, Jiangdong New District in Haikou City - the capital and most populous city in Hainan – has commissioned an underground passageway, the Wenming East Tunnel.
The project facilitates the New District’s fast-growing transportation and logistics needs with an elegant design, efficiently connecting Haikou City with Chengmai County and Wenchang City as part of the overall economic integration of the area.
Penda China was commissioned to design three entrances to the tunnel, one of which is much larger in scale and located on the east side, by the shoreline; the other two are on the west side and much smaller.
Generally, vehicular tunnel entrances must provide a transition zone in order to allow the human eye time to acclimate to the considerable change in brightness when going into the tunnel. To dispel any danger to potential drivers, Penda China’s design does away with LED light grilles, and instead incorporates a curved madeleine-shaped canopy. This open clamshell shape ushers in natural light, while maintaining a uniformity of luminance at the entrance.
The entrances are a practice of bionic design, taking elements of marine life as sculptural inspiration, and specifically use undulating white shells as a prototype in homage to their location by the sea.
The canopy is clad in glazed aluminum panels, which have been selected for their exceptional shine and luster. Subtle black lines delineate the outer surface of the canopy in counterpoint to the expanse of curving white panels.
The underside of the canopy also incorporates the undulating texture, with the white material continued down the side walls to ensure a uniformity of luminance which is pleasing to the eye. The appearance of a fish’s gills has been taken as a motif there, in a continuation of the marine life theme.
Light travels into the tunnel and over the undulating surface in a rhythmic manner, akin to ripples in still water which gently repeat and gradually subside. The way the stainless steel sheets have been embedded in the granite walls allows the reflected light pattern to continue further, extending the established rhythm.
Penda China have also drawn creative inspiration from marine bioluminescence, incorporating a multitude of small lights embedded in the lines between cladding panels. This allows the outer shell to emit a glow at night from up top, bringing a hint of romance to the city.
The three entrance designs vary in size, shape, and location, while all adhering to the same set of design principles, creating a harmony between them and their particular sites. From a bird’s eye point of view, these futuristic landmark entrances stand out from the existing city fabric and provide a tinge of surrealism to Haikou, as envisioned by Penda China.
As time goes on, who knows what a city will look like 20 years from now? Perhaps these entrances are simply a beautiful vision of the future, as imagined by Penda China. 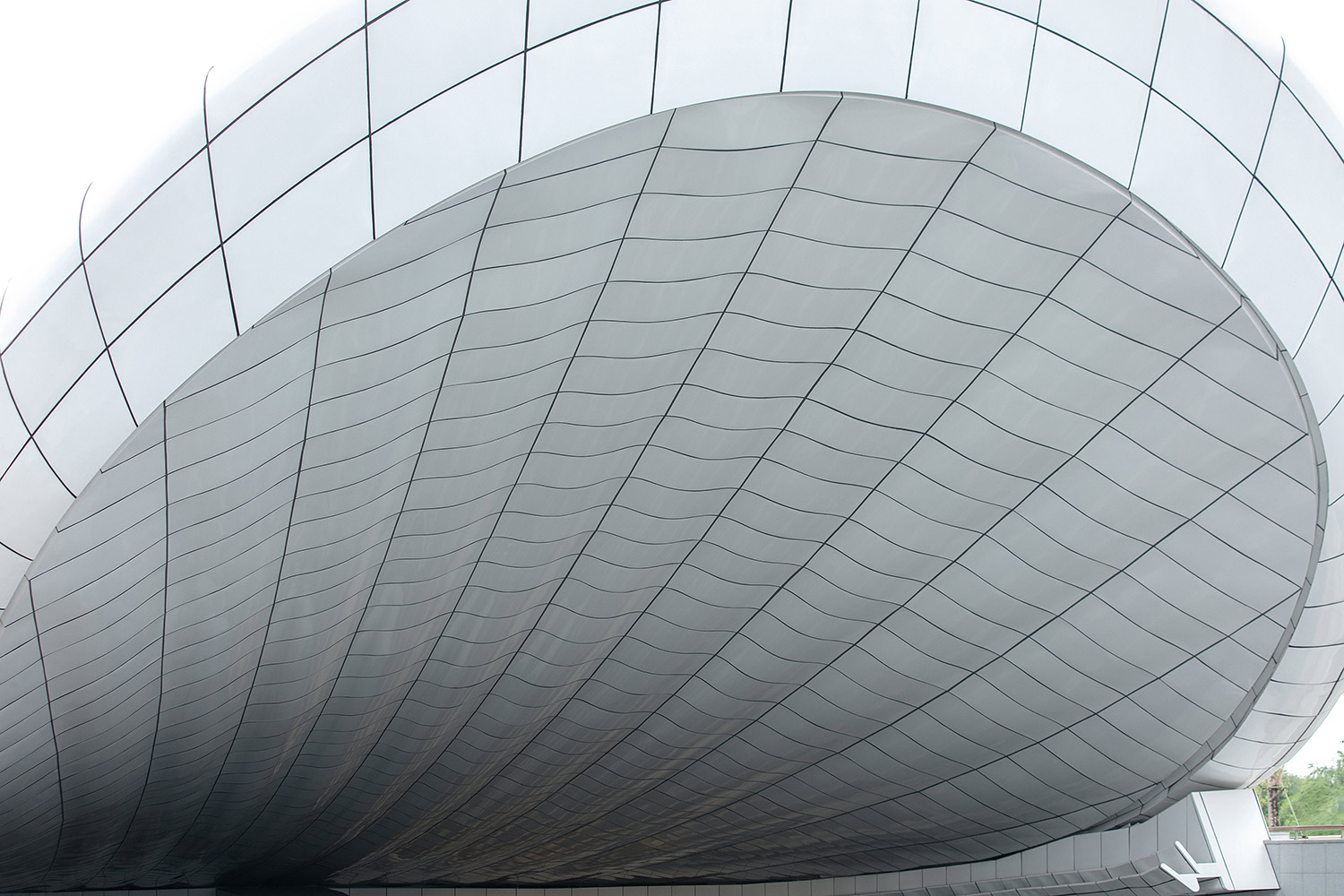 Founders Sun Dayong and Wan Shuyan have been widely regarded as an iconic character amongst the architects of 80’s birth cohort. They won the accolades including Rising Star Designer of JINTANG PRIZE (2015), CHINA NEO POWER INTERIOR DESIGN AWARD (2016), 40 UNDER 40 (2018), Jin Teng Award (2018); invited to attend CHINA HOUSE VISION (2018, Curated by Kenya Hara), appointed as the mere judge from the Greater China of Evolo (2018), picked as Person of the Year by TRENDS HOME (2019), inducted as a judge for Dezeen Awards (2020), and selected to be Architect of the Year by Robb Report Lifestyle (2020).