The project is located in a rural coastal district in northern New Taipei City, Taiwan, where the Evangelize China Fellowship is planning a long-term elderly care village. The overall campus planning incorporates three different programs with the church as the kernel building of the whole complex. In consideration of the elderly users, the first and the second floor are designated for public areas, such as activity rooms, restaurants, shops, and gymnasiums. The site plan also incorporates various age-friendly pocket spaces despite its narrow shape.

Situated on a 1,500m2 plaza between two dormitories, the building program consists of a church that doubles as a multi-use hall for the elderly care center. Architecturally, the interior spaces are composed of three hyperbolical solid shells that naturally form two voids that are enclosed by fully transparent glass. Specifically, two primary shells compose the main chapel at the second floor and the multi-use hall at the ground level. A secondary shell is offset from the main shell to create a lobby that integrates the vertical circulation between the hall, the chapel, and underground parking. Horizontally, the church is bisected by a double-height glass corridor that connects the entrance lobby and administration center on the ground floor, and assembly halls, recreational facilities and panoramic outdoor terraces on the second floor.

“…the heavens were opened unto him, and he saw the Spirit of God descending as a dove, and coming upon him” Matthew 3:16

Inspired by the biblical passage, the curvature of the gaps at the top of the shells follow the sun path to allow maximum natural light to penetrate into the interiors throughout the day, thereby producing a tangible manifestation of the “open heavens” imagery. The audio and lighting components are mounted onto two suspended curved booms that mimics the flight patterns of a dove.

The omnipresence of light fills the interiors with an aura of spirituality as it washes across the curved walls. The warm wooden interiors are deliberately homogenous to emphasize the primacy of light and to create a more humble and meditative place of worship.

On the façade, steel framed shells are clad with diamond-shaped overlapping aluminum panels with a depth of 4 cm each. This depth intensifies the effect of sunlight on the curved facades and produces a rhythm that accompanies the nearby sea. 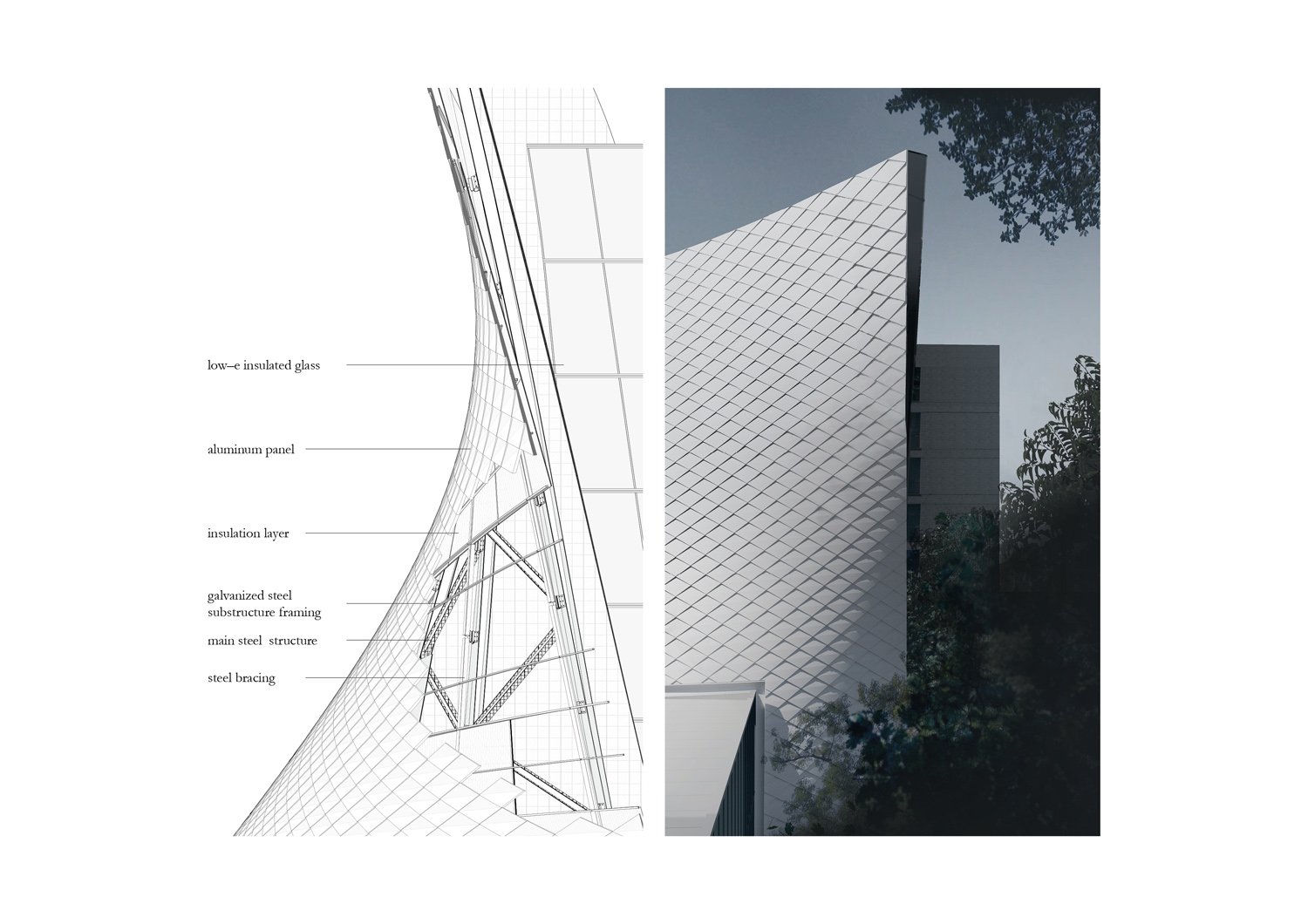 JJP is an architectural and planning firm dedicated to providing creative solutions in the design and planning of human environments. Founded in January, 1981 by Mr. Joshua Jih Pan, the firm is based in Taipei, Taiwan with offices in Beijing, Shanghai and Xiamen. The firm combines talented design capability and diversified technical experience into a comprehensive, world-class service package for clients in Taiwan and around the globe.

The firm has demonstrated the highest levels of professional expertise, especially when handling state-of-the-art, complex and large-scale projects. Such accomplishment is also affirmed by the numerous awards for design excellence that the firm has received. In recognition of a career of distinction, Mr. Pan was elected a Fellow by the American Institute of Architects in 1994 and was awarded the Taiwan.