Richard Parr Associates has transformed a historic barn into additional workspace for the practice’s countryside studio. The architect’s approach combines sensitive restoration with modern interventions that maximise the potential of the volumes and juxtapose the old with the new. The design of the space encapsulates the studio’s ethos; to create lasting architecture that is rooted in respect for the environment, authentic materials and craft.

Located at Easter Park Farm, a model farm created for the Woodchester Park Estate in the 19th Century, the studio is formed of agricultural barns (formerly a hayloft, cow shed, dairy barn and a bull pen) which have been restored over the last decade. Richard saw the opportunity to rework the buildings into the much-needed space to accommodate the studio’s growing work force, including converting a former grain loft into a self-contained, light-filled studio for himself. The newly designed space consists of a breakout zone, meeting area, studio and a library.

Converted from an old cart bay, the ground floor entrance serves as a breakout space, which is complete with a welcoming aesthetic. The space complements traditional textures with the contemporary lines of modern interventions. Rustic stone walls are retained with stable block flooring salvaged from another part of the farm, while an industrial steel staircase leads up to the first floor. To the right of the stairwell lies an old bench cut from a single tree chunk which wraps around a Saarinen table.

The staircase leads to a slim corridor situated beneath the original pitched roof of the barn, opening out onto the first of the studio spaces. The space, intended for meetings and breakout, is conceived as a work lounge with dark tones and materials. Recycled rubber flooring runs throughout, with a wood wool panel ceiling which has been left in its natural state.

A timber pod containing a shower room and kitchen provides hidden storage and open bookshelves. A wooden panelled wall, handmade by the late Berthold Lubetkin and rescued from a farmhouse in a neighbouring village where he once stayed, is located to the left of the stairwell, paying homage to the pioneer of British modernism.

Windows provide both small-framed views and expansive open vistas to the farm and surrounding landscapes. An old sack entrance features floor-to-ceiling glazing which looks over the kitchen garden, blurring the boundaries between external and internal spaces.

Located where a former grain loft once sat, Richard’s studio complements industrial materials with traditional elements. The existing loft had fallen into disrepair so, with the exception of one Cotswold stone wall, had to be rebuilt. Characterised by a pyramid pitched roof made from limed Douglas fir, the new intervention is visually distinct yet in keeping with the original buildings.

At the centre of the room sits a 2.5m glass worktable designed by Richard and paired with Eames office chairs. 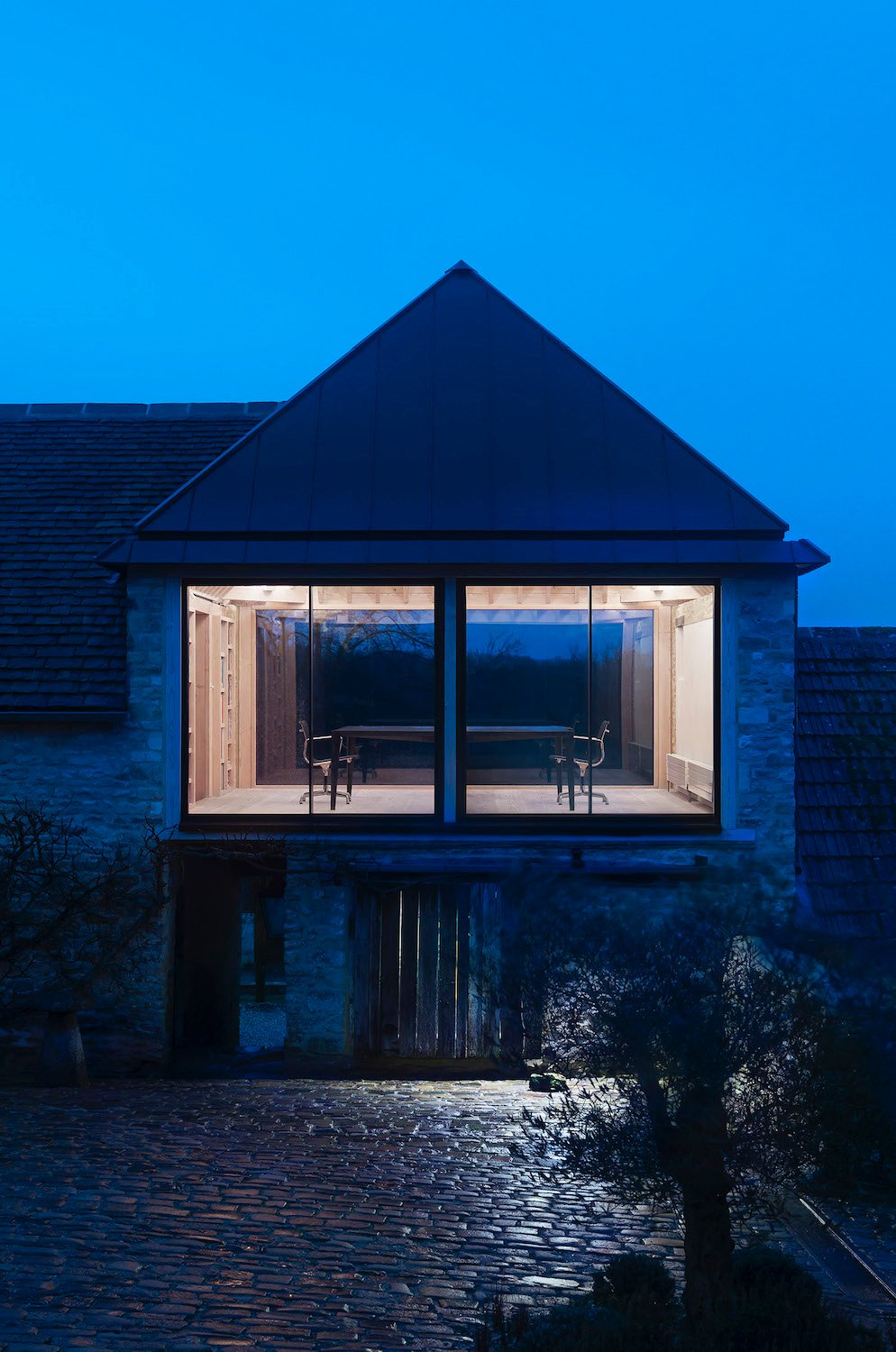 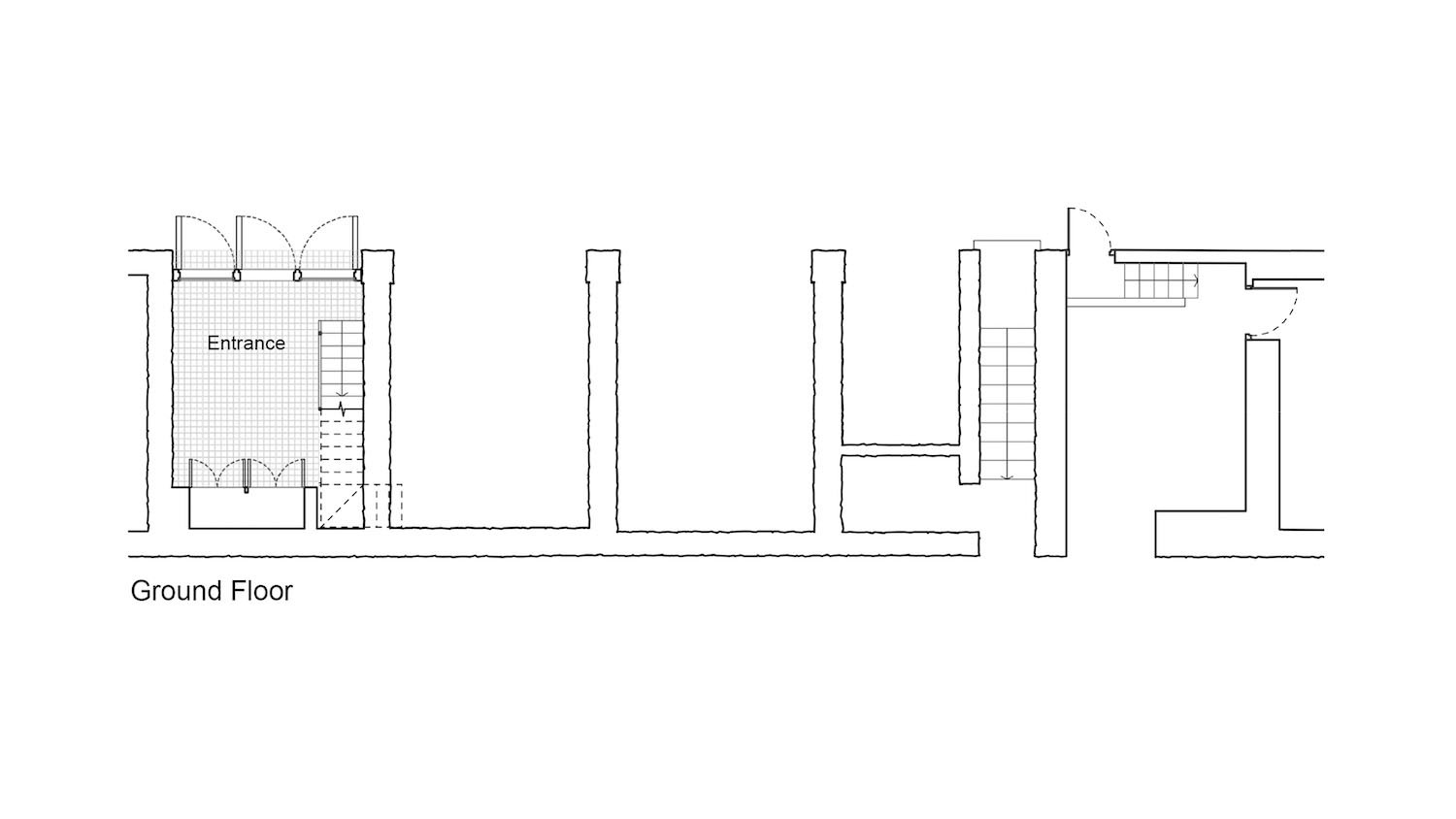 Richard Parr Associates is a RIBA chartered architecture and design practice, based in London and the Cotswolds. Specialising in modern traditionalism, founder Richard Parr, honed his interests in transforming historic built fabric by restoring his Georgian farmhouse and then Easter Park Farm – now Richard’s home and studio. Richard is a graduate of Newcastle University and the Architectural Association in London. He refined his skills in the sensitive adaptation of historic buildings whilst working for architect Guillermo Vásquez Consuegra in Seville. Subsequently, Richard ran the Madrid studio of design consultants Fitch, leading high-profile retail projects. In 1994 Richard founded Richard Parr Associates in the UK. The studio focuses on designs for established retail brands and private residences – with projects ranging from English rural and urban homes to retail concepts for European cities. The practice provides a complete design service to enhance the lives of its clients.