Sivas is an original city in Anatolia with its historical accumulation and local cultural richness. In this context, the main purpose of the design is the realization of a healthy, sustainable, high value added and prestigious bridge project for Sivas, which has been rapidly developing, growing and becoming an important center of attraction in Anatolia. The bridge to be designed is located at the point where Recep Tayyip Erdoğan Boulevard crosses Kızılırmak River, which will connect Sivas City Center and Cumhuriyet University.
The qualifications expected from the new bridge to be built within the scope of the project to provide road and rail transportation are as follows:
• Developing a design that includes modern and contemporary technologies that can take place in the city's memory,
• It includes cost-effective, economical, feasible and sustainable design solutions and tectonic approaches,
• Navigation terraces on the bridge and around it, such as pause, walk, vista areas, bicycle paths inclusion of recreative uses.
It is requested in the project to include the following minimum dimensions in the bridge design.
• Pedestrian path: 10 m (total)
• Bicycle path: 5 m (total)
• Light rail: 8 m (one departure and one arrival) (total)
• Vehicle way: 3 + 3 lanes = 21 m (total)
Considering that all the functions will be solved at the same elevation on the bridge, which is planned to allow both pedestrian, bicycle, vehicle and tram passes at the same time, an inverted pyramid was created in the section by dissolving different qualities at different elevations. Bridge layers are thought at different heights to protect people from noise. In addition to crossing the bridge as a classic function, the bridge was imagined as a public space. Triangular platforms were designed to create this publicity. On these platforms, you can sit and watch the river, give a mini concert, make a speech. The platforms also provide the carrier of the bridge. The platforms suspended by steel cables mutually balance the structure of the bridge. The conical slant on the roof of the historical Divrigi, one of the most important symbols of Sivas, is repeated with triangular platforms, giving the bridge its main character. In the side silhouettes, the conical roof of Divriği was repeated thanks to the triangular platforms, and an attempt was made to establish a relationship with the history of Sivas in the architectural character of the new bridge. 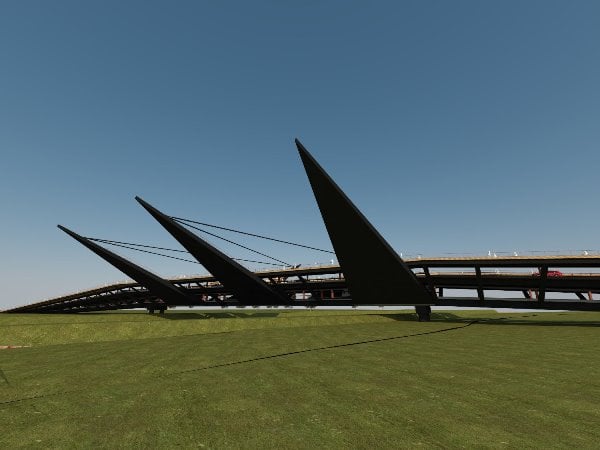 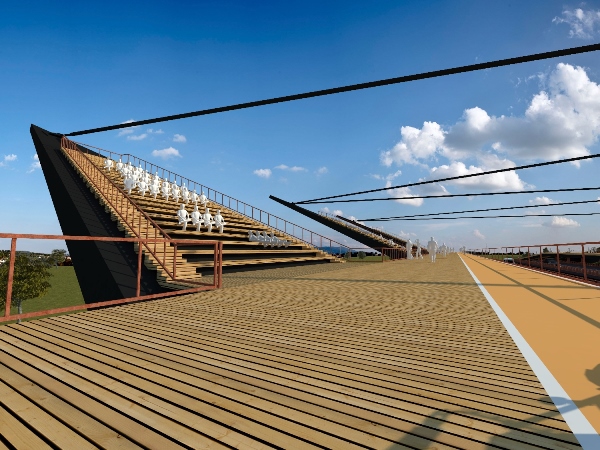 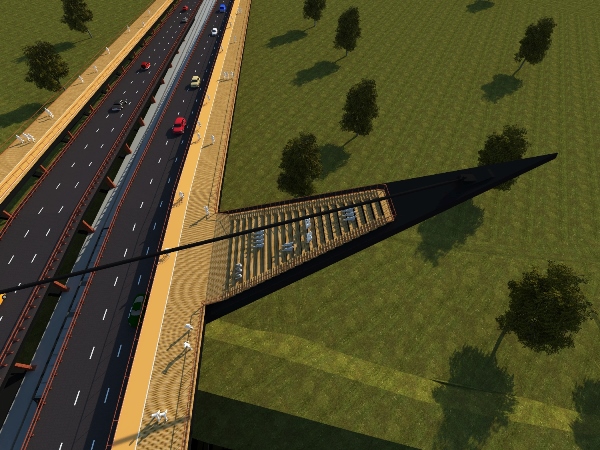 Kigali and Istanbul based architecture office WALL Corporation was founded by architect Selim Senin in 2010. After working for different architectural company in Istanbul, Senin established his own practice in Istanbul firstly.Working for projects participated in 25 national and international architectural project competitions. After the projects were published on the internet, he received proposals for project design from various countries.

Senin also has established Wall corporation in Kigali in 2017.He continues to work on various projects in Turkey and Rwanda based in Kigali.

WALL Corporation is the architectural design company which has received several design awards around the world. WALL is a company that can design buildings in any function regardless of scale and structure typology.Besides the design of the building, it contains all the engineering disciplines required for the construction of the building.