On 6 April 1994, the deaths of the Presidents of Burundi and Rwanda in a plane crash caused by a rocket attack, ignited several weeks of intense and systematic massacres. The killings - more than one million people are estimated to have perished - shocked the international community and were clearly acts of genocide. An estimated 150,000 to 250,000 women were also raped.
Amphitheater buildings have always been existing in history. Amphitheaters built throughout history were generally built in a semicircular form. The circular form is the characteristic feature of the amphitheater structures.
The genocide that took place in 1994 was expressed in the Genocide Museum in Rwanda in a way that visitors can watch the historical flow. The amphitheater is located in the location near the main entrance door of the museum. This amphitheater is built in a semicircle. Since there are months of extreme rainfall in the country, the museum management has envisaged a project for covering the amphitheater. It is also foreseen to increase the user capacity.
Amphitheater structures are uncovered designs.Amphitheater structures consist of stage and the audience which create one open area. Instead of a collection of spaces next to each other, such as housing and offices, only a space is designed in this project. One open space.Emptiness is designed. Project which consists in an open side of the stage and audience area covered by a curved steel forms.Rwanda historical King's Houses has circular shape as a dome. The circular void of the building relates both to the circular shape of the King Palace of Rwanda and to the characteristic circular shape of the ancient amphitheater buildings.
Genocide events represent years lost in the history of societies, a gap. There was a gap between the different layers of society and a gap for the progress of the country. social life that develops and progresses becomes a custom gap with this event. Instead of designing a closed box-shaped theater building, the other reason for the idea of designing a space is that the genocide phenomenon, which creates a space in social progress, is expressed in the architecture of the building. The huge gap defining the amphitheater area in the building reflects the gap created by the genocide incident in society.
The designed structure is not just a mass that performs its function. It has a characteristic architecture based on the history of the function, an architecture based on the culture and history of the country in which it is located, namely Rwanda.
The space, which is constructed by covering the steel shell with wooden panels, is located inside a polycarbonate rectangle. 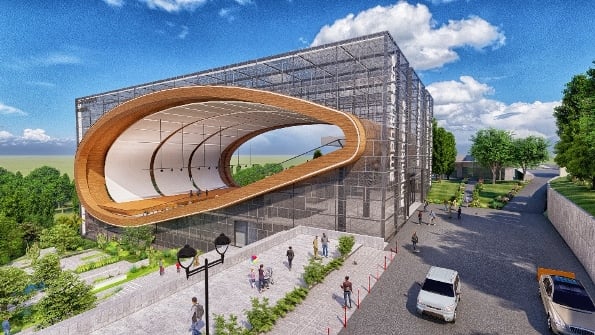 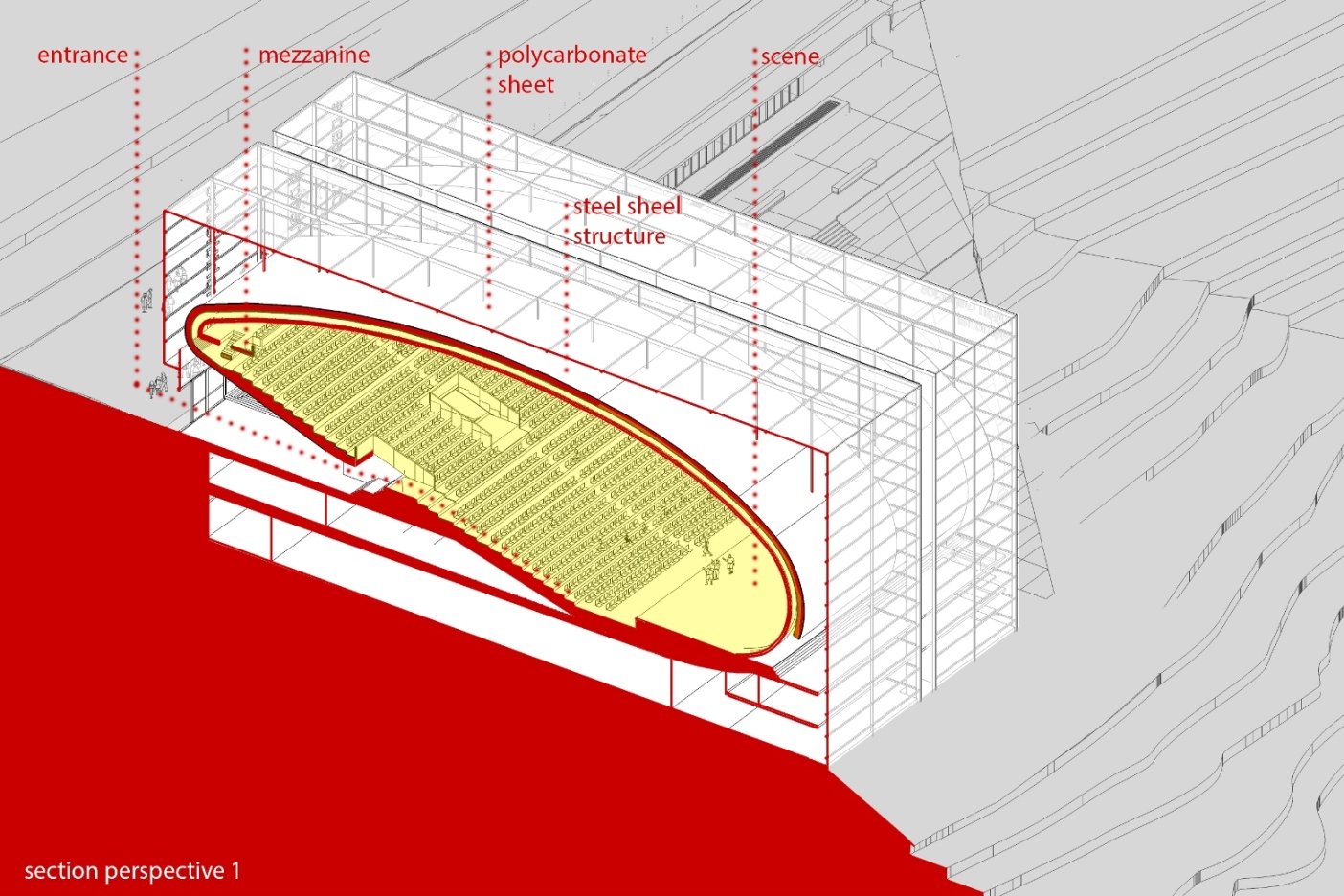 Kigali and Istanbul based architecture office WALL Corporation was founded by architect Selim Senin in 2010. After working for different architectural company in Istanbul, Senin established his own practice in Istanbul firstly.Working for projects participated in 25 national and international architectural project competitions. After the projects were published on the internet, he received proposals for project design from various countries. Senin also has established Wall corporation in Kigali in 2017.He continues to work on various projects in Turkey and Rwanda based in Kigali.​ WALL Corporation is the architectural design company which has received several design awards around the world. WALL is a company that can design buildings in any function regardless of scale and structure typology.Besides the design of the building, it contains all the engineering disciplines required for the construction of the building.