The Hyperloop Suburb rejects the binary view of the polarity between city and suburb, addressing current United States census data demonstrating that people currently favor living in suburbia1. It speaks to a 21st century technological re-look at, Ebenezer Howard’s egalitarian conviction that “Town and country must be married and out of this joyous union will spring a new hope, a new life, a new civilization”2. Thanks to the development of the hyperloop, an impending, sustainable, electro-magnetic propulsion high-speed transportation system that brings airplane speed to ground level travel, cities will easily be able to connect to the surrounding suburbs and countryside. The rise of net-zero construction, zero carbon emissions driverless cars and the proliferation of drones, will further amplify this urban-pastoral merge, ultimately suggesting an impending regional rethink.

Communities that share a common thread of productivity and connectivity can create sustainable, culturally diverse, impactful, houses, communal clusters, neighborhoods and regions. No longer viewed as merely an exit strategy for a monolithic group of anti-urban millennials, aging baby boomers, informal settlers or others fleeing the effects of urban gentrification, the porous prototype of the Hyperloop Suburb offers an optimistic, democratic alternative to the problem of urban displacement.

Connecting urban centers with their suburban and rural peripheries has its roots in Frederick Law Olmsted’s belief that suburbanization is not the eroding of urbanization, but rather the result of how cities transform their edges. With testing for cost-effective, high-speed above and below ground transportation networks propelling passengers and freight in pods through low-pressure tubes currently underway in the US, Mexico, India, Canada and the UK, the distance between city and country will begin to shrink. Living in the suburbs will no longer be an isolated experience involving exasperating commutes by private car and train.

That said, the challenge for local governance will be to no longer resist “the formation of effective regional political institutions”3, and to embrace the economic and social potential of the interconnected city, suburb and countryside. A poly-centric network of Hyperloop Suburbs, with the support and flexibility of their governmental constituencies, has the potential to incorporate the desirable attributes of urban and rural, while simultaneously distributing goods and services in both directions.

By virtue of being close to both the urban core and countryside, the Hyperloop Suburb will become productive in its own right, creating viable neighborhood live/work and community engagement. Barriers between housing clusters will disappear with the advent of view corridors linking offices, hydroponic food incubators, drone ports and indoor/outdoor community cultural space. The current social diversity 4 that we see in suburban communities will further strengthen with the introduction of permeability between clusters. Erasing boundaries between public and private transportation via communal drone transportation and self-driving cars that simultaneously function as shared workspaces for those who commute to nearby cities will enhance this trend.

The Hyperloop suburban house embraces a compact, curated lifestyle of human connection. Eliminating the need for garages, these homes will be visually compelling in the context of small size, healthy living, layered public and private zones, low-tech, cost-effective sustainability and changeable layouts for variable family size and long term aging in place.


The Hyperloop Suburb is an incremental regional model that can be flexibly integrated into the environmental, regulatory and cultural fabric of existing and new regional contexts. Addressing upcoming interdependencies of new technologies within open space and built form, it can provide a porous prototype to develop aesthetically delightful, digitally driven, pluralist communities across a metropolitan and agrarian continuum. 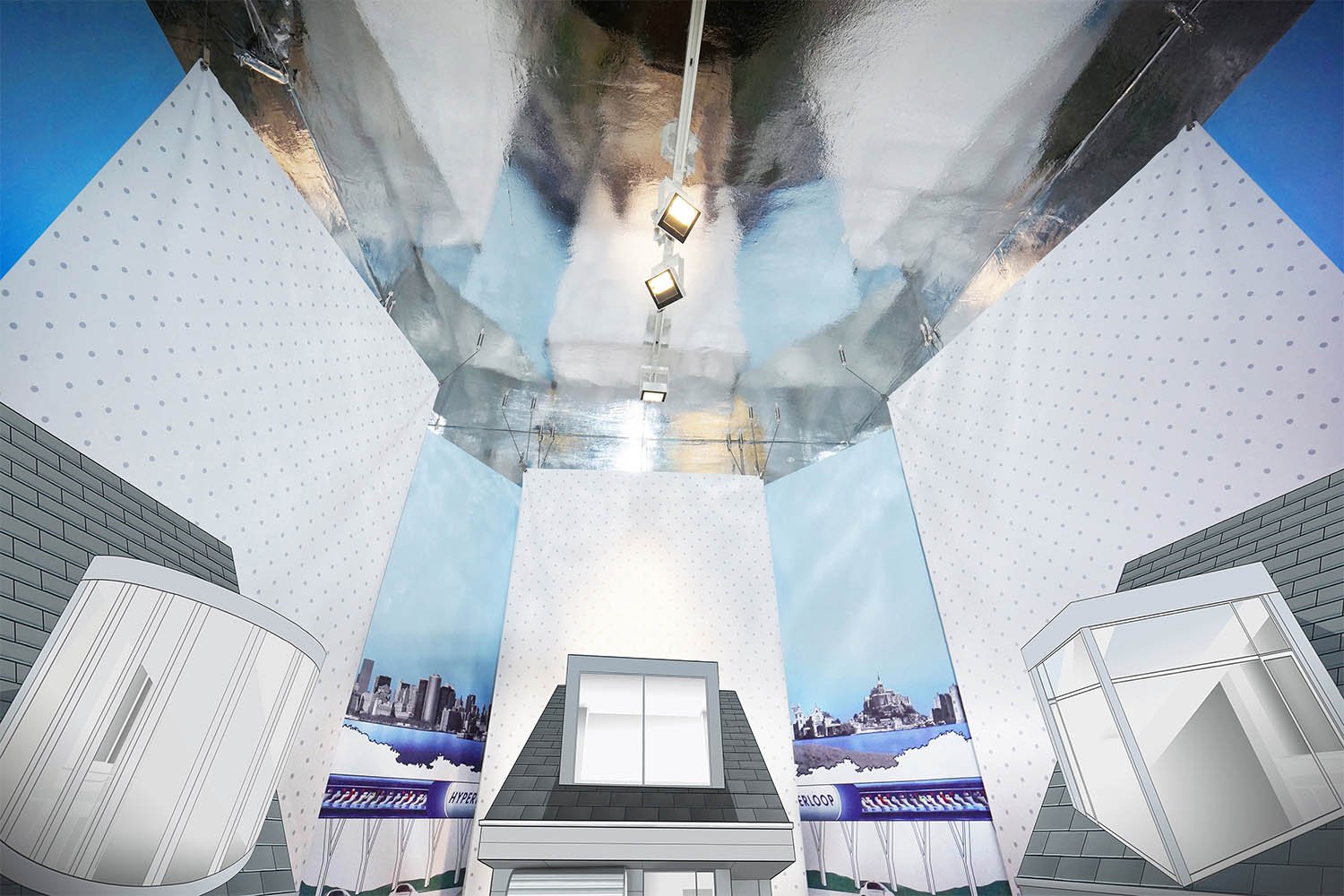 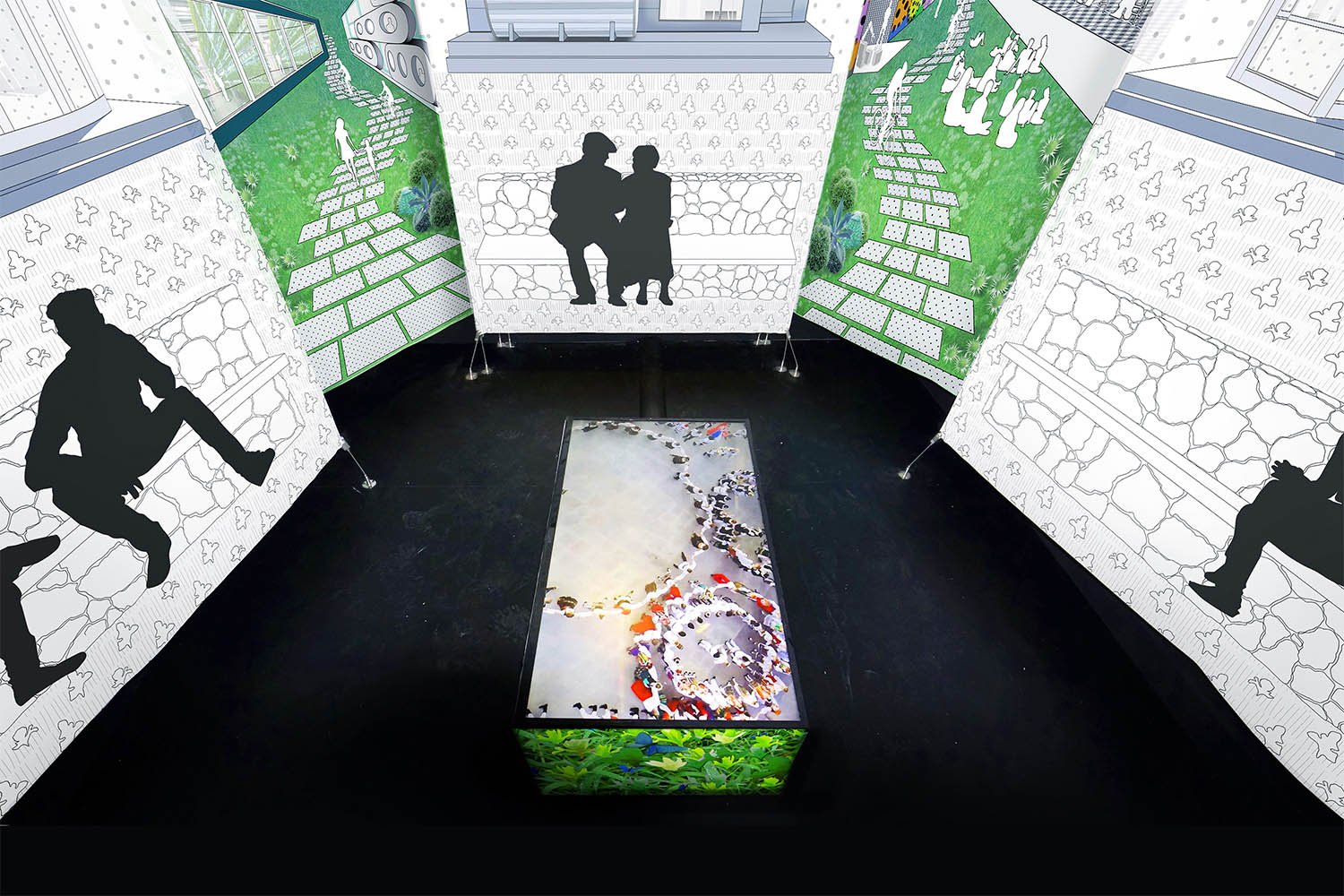 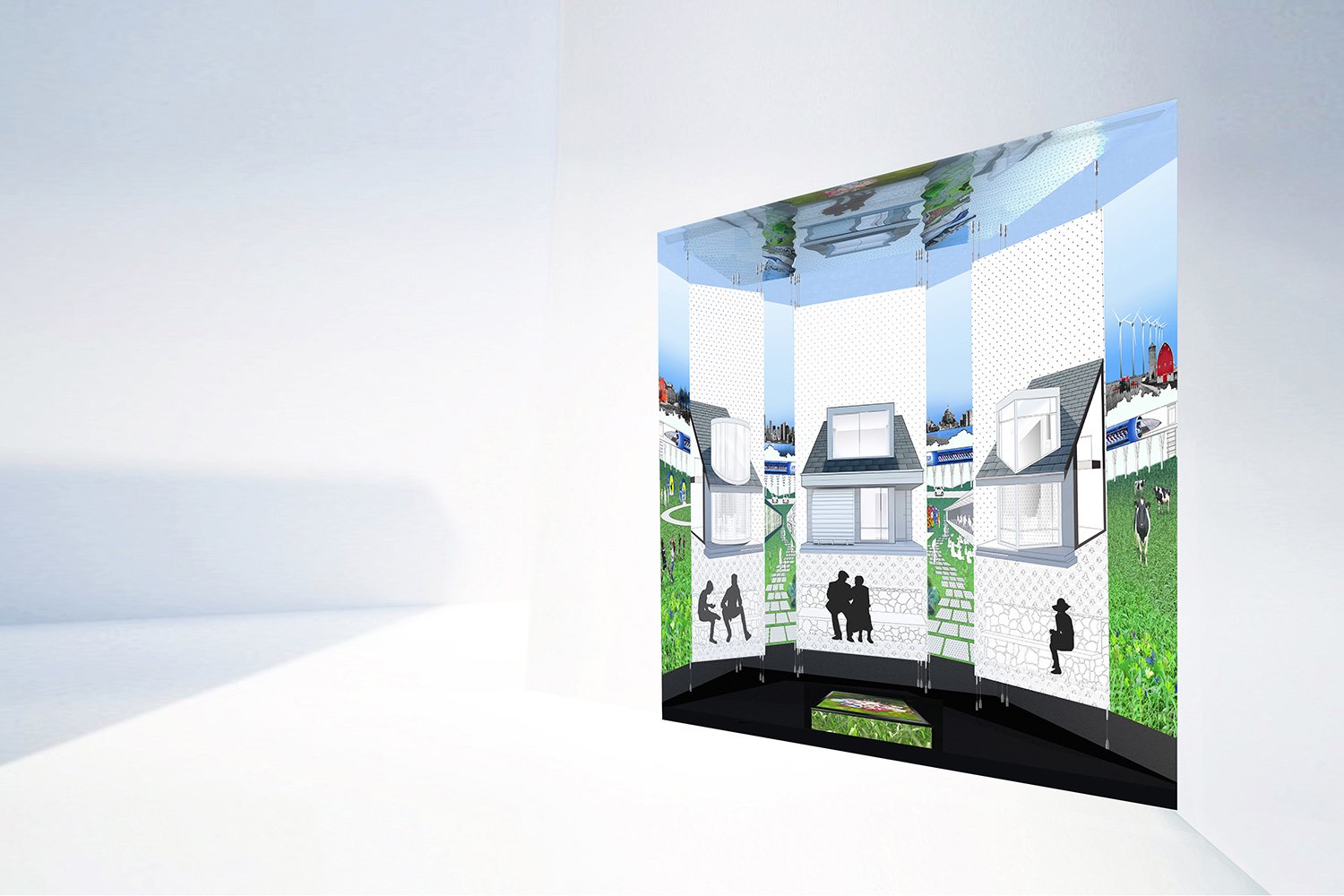 Louise Braverman Architect is a highly focused architectural firm committed to building sustainable architecture of art and conscience. Designing projects locally and globally, the studio brings a unique aesthetic vision to all projects. Recognizing that ethically valid architecture must provide for both the individual and the community, the studio taps its artistic impulse to create architecture that encourages public participation. The challenge to inspire civic inclusion in the public domain propels all work. Recent projects include Centro de Arts Nadir Afonso, an art museum in Boticas, Portugal that promotes public engagement with art; Village Health Works Staff Housing, an off-the-grid dormitory in the post-genocide village of Kigutu, Burundi and the Derfner Judaica Museum, an art museum in Riverdale, New York that facilitates multi-generational collaboration. The firm has also been invited to exhibit projects during the 2012, 2014, 2016 and 2018 Venice Architecture Biennales.