Throughout history, the Golden Horn has been Istanbul’s inner harbor. During the Republican Period, it became a natural port for merchant vessels and warships, and at the same time a shipyard zone while the upper part sustained to be a popular excursion and leisure area summer resort of the city where mansions, waterfront residences and pavilions lined up as the extension of the Bosporus. After 1960s, the region lost its charm under the pressure of socio-economic conditions and became a commercial and industrial center, which resulted in irregularly emerged residential hubs and caused deterioration in life and building quality of the surroundings as well as the Golden Horn itself. After many years staying almost derelict, the first cleaning works began in 1984. By means of a strategic transformation, recently the Golden Horn with its close vicinity is ready to reclaim the prestigious identity of the past to become a vigorous extension of the city.

The new project that houses marinas, hotels, housing, offices and leisure areas will respect and protect the symbolic silhouette of old Istanbul, the perception of the coastline from the sea emphasizes the image of the city. All new and renovated structures dedicated to various functions will integrate in skyline, in harmony with the existing urban texture. By a rational organization of city/landscape and life/space relations, the major objective is to re-gain the coastal area as a plus value, which is now abandoned. The location has wide panoramas, and simultaneously a part of the view; the project will connect the past to the future, as a component of the historical urban fabric and as a significant layer of the 21st century, with its open and closed spaces and structures.

The site’s inherent values, brought from its immense past to-date, bears a monumental significance, as an intrinsic part of the silhouette of the city and a place of memory that carries social value of ship making and its knowledge within the collective memory. The place, with the masterplan development, opens its gates to the public; a mixed use complex that is seamlessly open to the public, creating synergy between dynamics of privative initiatives and market push, and public benefit and spatial concerns. Undertaking this role, prominent architectural firms and research teams were brought together by Tabanlioglu Architects and Teget, and a masterplan was devised, through a two year process. The contributing national and international architectural practices, namely Tabanlioglu Architects, NSMH, Han Tümertekin /Mimarlar and DP Architects have brought together their expertise, respective approaches and design solutions to the site, not just limited to their project boundaries, but also collaborating immensely in a team environment, orchestrated by Tabanlıoğlu Architects. TA_ has also worked on the architectural design of the Zones 1, 2 and 4.

Defined and shaped by its unique industrial past, its prominent location and qualities and potentials of waterside functions, the project entails an understanding of the morphological, linguistic and material qualities of the Arsenal/Shipyard complex, and places it in a contemporary mixed-use scheme. An open public space with supporting functions, the development connects to the coastline of Istanbul and prominently of Golden Horn, establishing the seamless and essential connection between the coastal parks, cultural establishments and public spaces of the neighborhood, and the city at large. The complex is not designed to be a closed campus, but an integral part of its surroundings with a program mix that support a living urban life and that promotes people from various backgrounds and socio-economic conditions to spend their times in the premise and initiate an encounter-space. The program mix and layout also creates a public-private interface, where the boundaries blur in an “open ground”.

The preservation and design concept entails a multi-actor and multi-approach scenario where challenges and opportunities of the site has been reconsidered as multi-façated design problems. The masterplan, not only structures the organizational scheme but also provides local solutions to be developed with architectural scale interventions. The existing buildings and their layouts are protected through design and regeneration regardless of their listed status. The new buildings follow the existing traces, or documented old traces. Meanwhile, the existing landscape character is preserved and enhanced by design. The elements like, old walls, cranes & connections are considered to be an input to the design. The silhouette of Golden Horn and the waterline is considered as an essential element of the collective memory, and maximum care has been given to be as true to them as possible.

The design, derives inspirations from the specifics and inherent industrial and historic qualities of the site, and reflects them in the architectonic language with its material, volumetric and spatial qualities. Listed buildings (5 items) are renovated to house new functions, whereas the new structures follow the outlines of the former buildings. The buildings create a new layout and connections, with the inclusion of existing hangar buildings and workshops. The material choice reflect the industrial essence of the site, with steel, brick, high performance concrete and zinc at roofs, completing the scheme and essentially blending within the silhouette. By deriving elements of the architectural heritage of the site and historical settlement patterns, the project exemplifies multiple aspects of careful conservation and preservation methods, creating sustainable communities within the larger city. 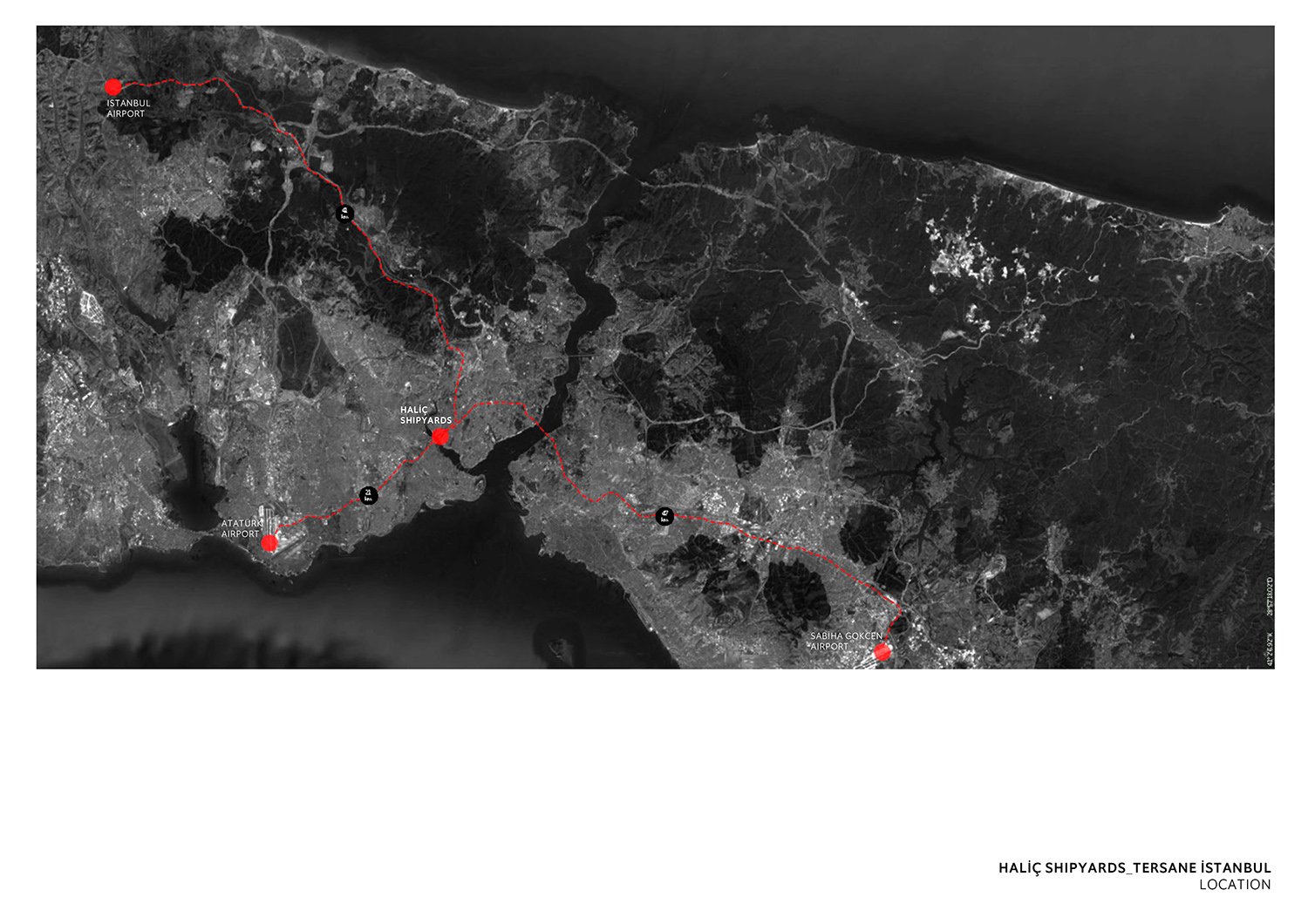 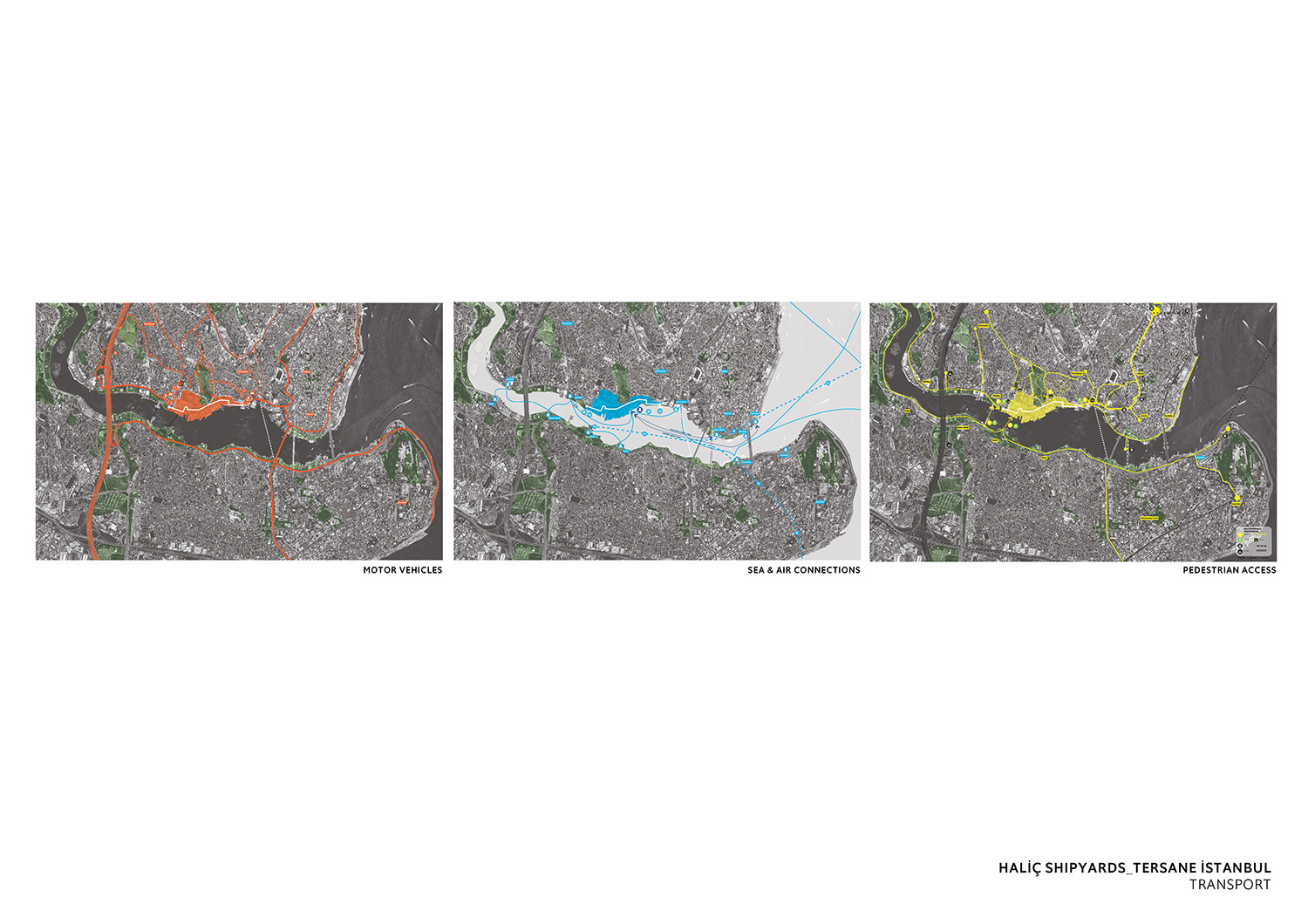 Headed by Murat Tabanlioglu and Melkan Gursel, the practice focuses on residential, commercial, mixed-use, public and cultural projects realised mainly in MENASA, CIS and Europe, and lately in the USA. Tabanlıoğlu Architects has a long family tradition and is the culmination of over 60 years’ architectural experience. Tabanlioğlu Architects believes that one of the big issues inherent in urban development is to create city spaces that are interactive, to allow citizens to truly mingle; that in order to make better cities; buildings should be multifunctional and take inspiration from both ceremonial and informal public spaces. With offices in Dubai, Doha, London and New York, the practice strives for new efficiencies in terms of global and environmental needs, incorporating new technologies with smart local solutions into their work.