The coastline of the Tri-State region is defined by the tension between aging infrastructure and the changes brought on by storms and sea level rise. This was proven by the Hurricane Sandy in 2012 when flooding transformed the coastline. Property loss in New Jersey was estimated to be $8,240,232,000 and $11,919,891,000 in New York.

In January 2017, RPA launched a design competition which called on architects, landscape architects, designers, and urban planners to visually demonstrate how policy changes, new investments, and innovative thinking proposed in the Fourth Regional Plan—A Region Transformed can transform different geographic areas in the Tri-State region and prepare them for the next 25 years. Rafi Segal and DLANDstudio were selected to propose visions and designs for the future of the Bight, the region’s Ocean Corridor.
The Bight is the notch in the region’s coast where ocean currents conspire to pile sand, forever redrawing the shore. “The Bight” is also an invention—a hard coastline extensively built during the 20th century, now stiff with aging settlements determined (but ill-suited) to stand their ground against storms and sea level rise.

Opposing forces, where the immovable city meets an unstoppable nature, define the Bight’s uncertain future. To relieve this tension, which threatens hundreds of miles of coast, hundreds of thousands of residents, and hundreds of billions of dollars in property losses, we propose replacing the hardened edge separating the city and nature with a new “landscape economic zone”—a buffer in which land and water commingle, creating new spaces for habitation, conservation, work and play.

Rather than futilely trying to hold the line, the approach becomes: “receive, protect, adapt.” Strengthen urban spines and nodes on higher ground to receive new residents at higher densities. Protect low-lying areas using the absorptive capacity of the buffer, and adapt to a more amphibious lifestyle in the zone—transforming the coastline into the new urban frontier.
The result is a less sprawling and more productive coast, made all the more resilient by tailoring homes, neighborhoods, suburbs, towns, and cities to this new reality. The transition to renewable energy and the future of work-leisure in an era of intense automation inform the reimagined Bight as a new open space for America’s most populous region, rather than an increasingly untenable line in the sand.

The project imagines three case studies: Jamaica Bay, NY in 2067, half-submerged from rising sea levels; Mastic Beach, NY in 2050, a retreat and coastal energy farm; and Sea Bright, NY in 2030, a vanishing barrier island and test for “the flood life.” The Fourth Regional Plan was released at the end of 2017 containing many of our strategies and recommendations, including the expansion of Gateway National Park to incorporate frequently flooded surrounding areas. 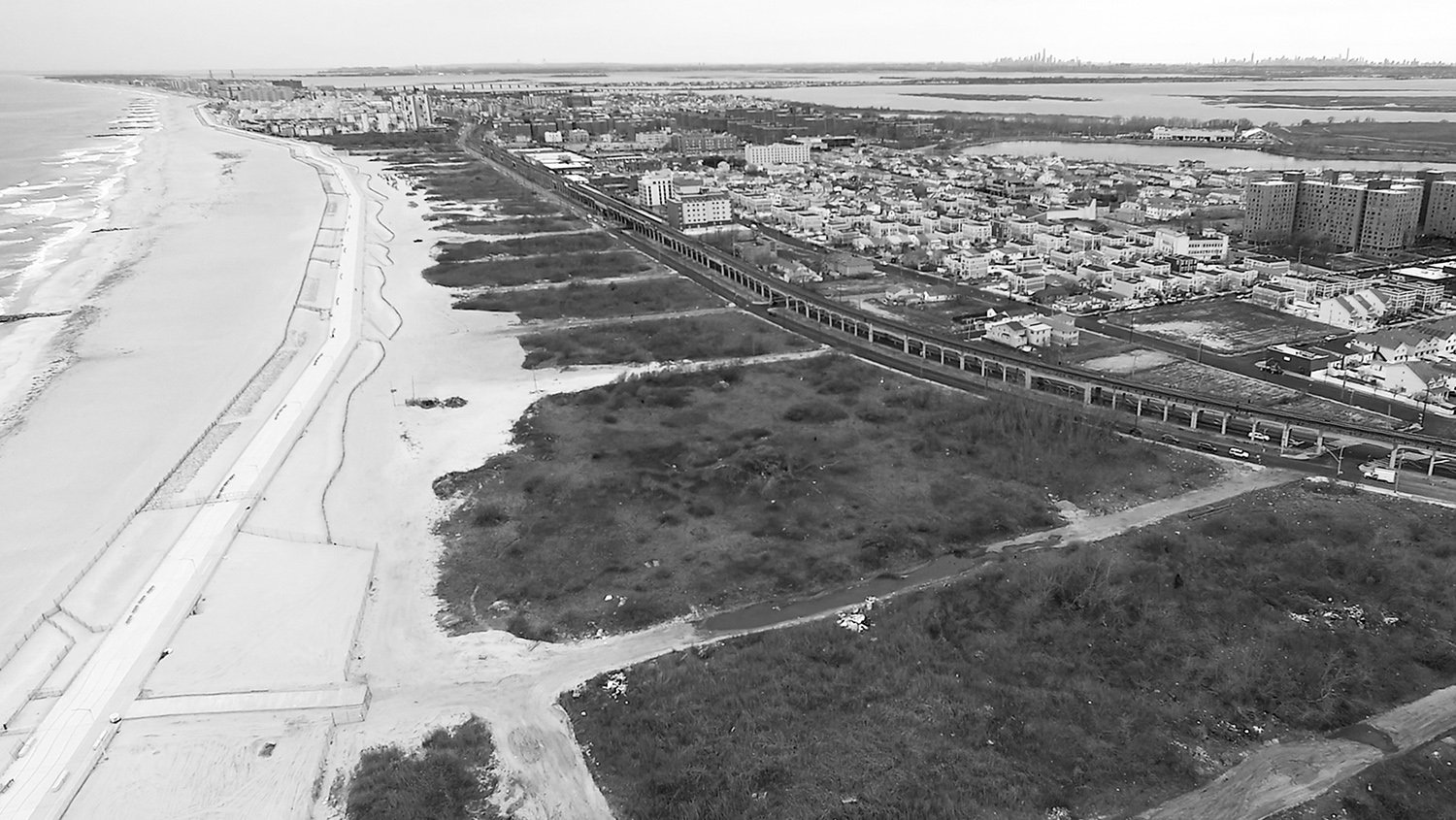 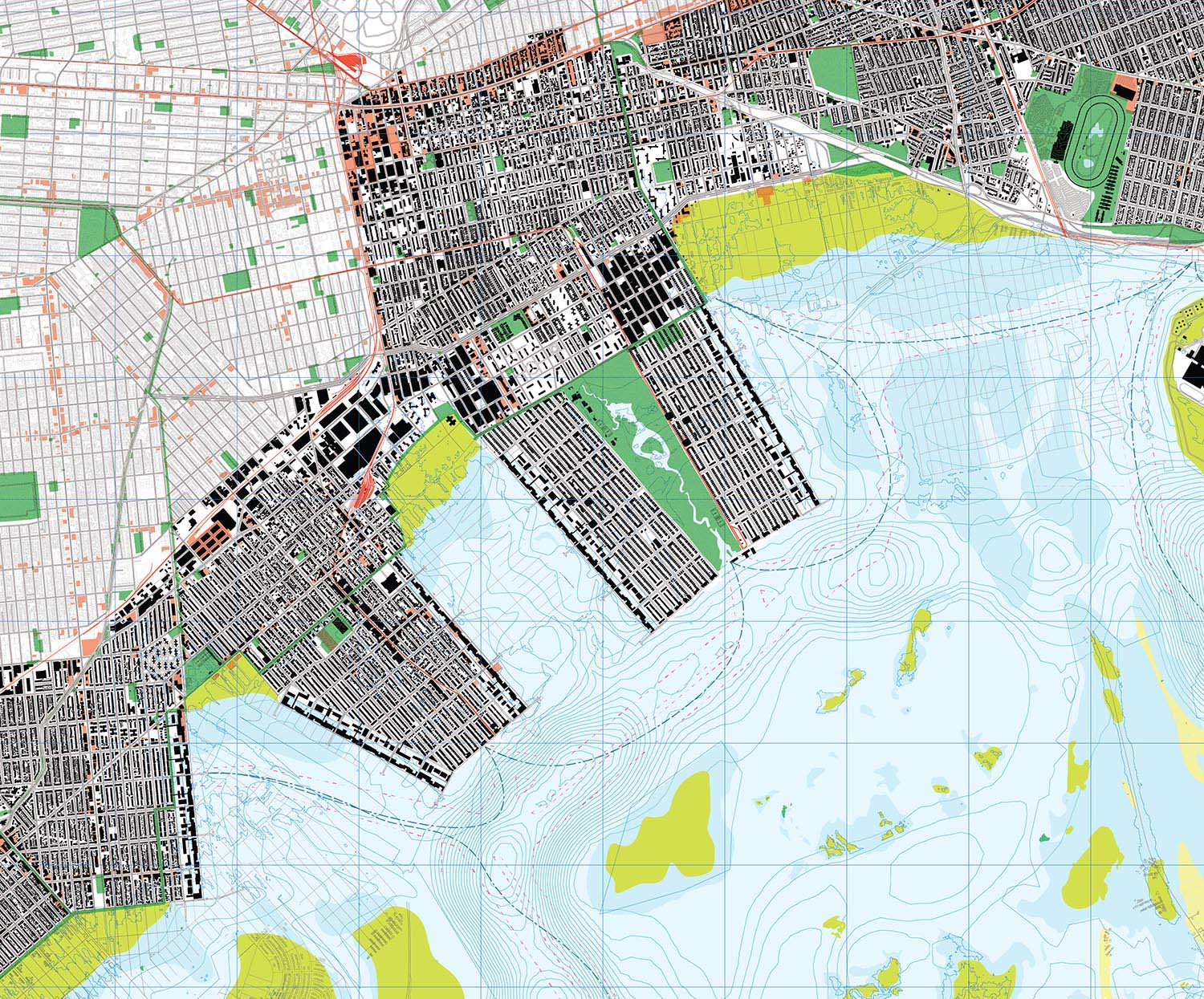 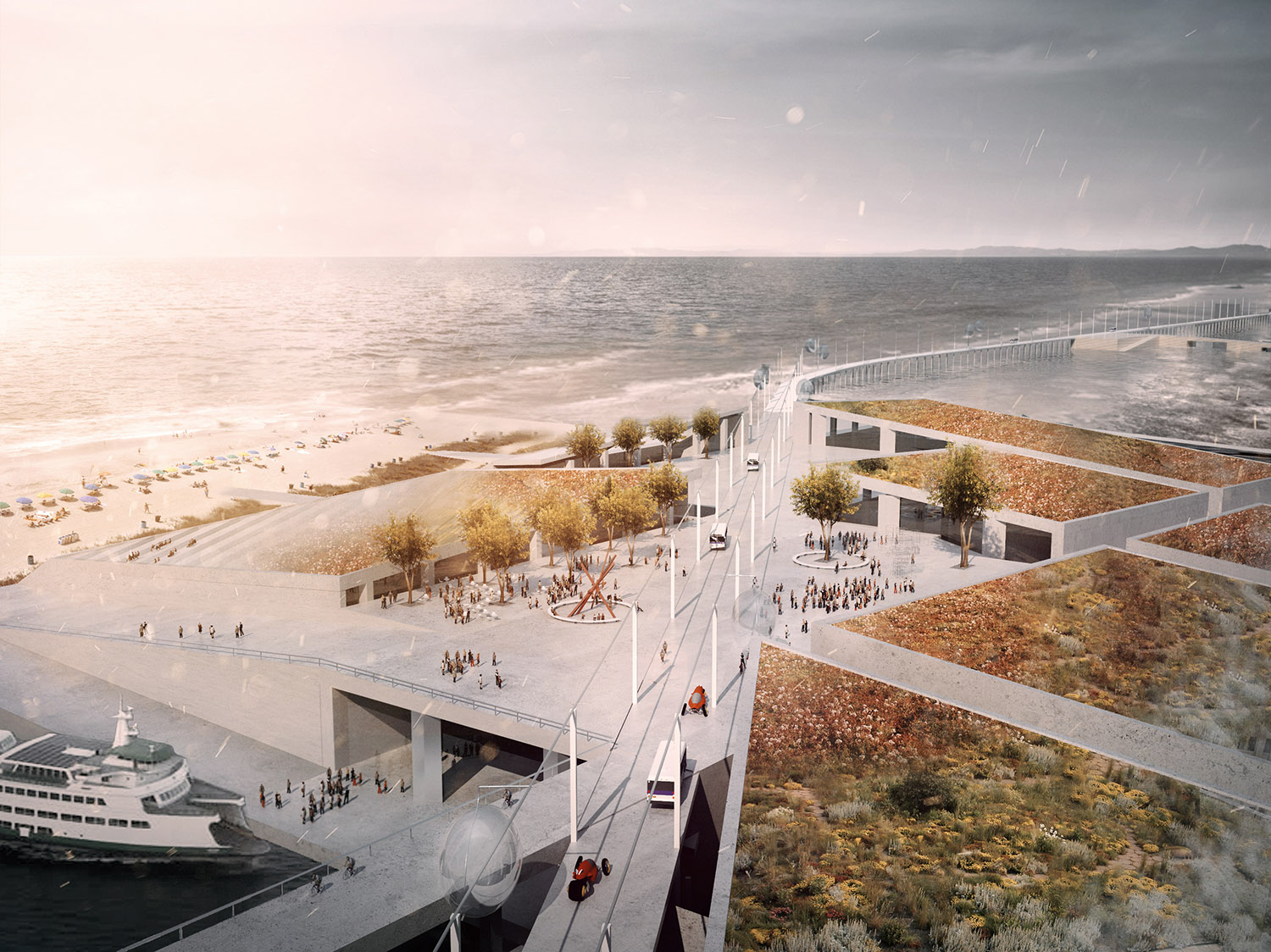 Rafi Segal leads an office engaged in architecture and urbanism as two distinct preoccupations, each representing different modes of thought arrived at by different means, and yet informing the other. The urban projects they undertake seek out opportunities to re-imagine architecture. Each architectural project aspires to be a unique expression that reflects the building’s role within its urban, cultural, and social-political context. Architecture is the art of giving form to space intended for human habitat.