This office is created for a company which manufacturers various electrical items as their Mumbai headquarters.
Situated in an old office building, 6000 sq.ft. floor plate has 4 large columns within the space with windows on the east, west and the northern sides.
The relatively large number of cabins are located on the east and west sides opening the work station area towards the north and allowing the main work space to derive indirect north light through the day thereby minimizing the need to artificial lighting.
The extensive storage space required by the client is translated into a series of curvilinear book shelving walls that simultaneously demarcate spaces based upon the programme.
This imparts a library like feel to the entire office. Scanned leather bound book images conceal the extensive filing.
Unlike most offices which are created with factory produced furniture, each element of design including the storage and filing cabinets, the tables, workstations and the screens were all made on site by a team of skilled carpenters.
Light grey concrete colored tiles constitute the flooring with furniture of walnut wood and metal pipes.
Deep existing beams on site traversing the length of the office are concealed by a seemingly random pattern of ecofriendly wood wool board cuboids made on site. These cuboids are the lowest where the beams are, and gradually move up in the remaining ceiling to maximize the height whilst creating a sculptural feel to the office space.
Thin strips of walnut wood create partial privacy for the individual workstations while allowing glimpses of the space beyond.
This small office is rendered with a distinct identity by the use of natural materials, textures and combination of linear and curvilinear library walls creating a unique natural space to work within.
When one moves through the office space the composition of material, texture and form constantly change making each part interesting whilst completely avoiding the repetitive look of most office spaces.
A circular partition towards the end that demarcates a cafeteria is created as a collage of images that capture moments of the significance in the journey of the company through the fifty years of its existence.
This memorabilia wall becomes the focus at the end of the circulation spine in the north east corner.
The reception space is created by two opposing curves that house storage spaces as well as the reception desk. A large column within the center of the reception is mirrored creating multiple reflections depicting a library fell while camouflaging the built mass of the column.
This office is a series of experiences within its small footprint. In a study done six months after the office was occupied, the clients have reported an increased output from the office personnel who are extremely happy with the natural feel, extensive natural light and comfort of the office space. 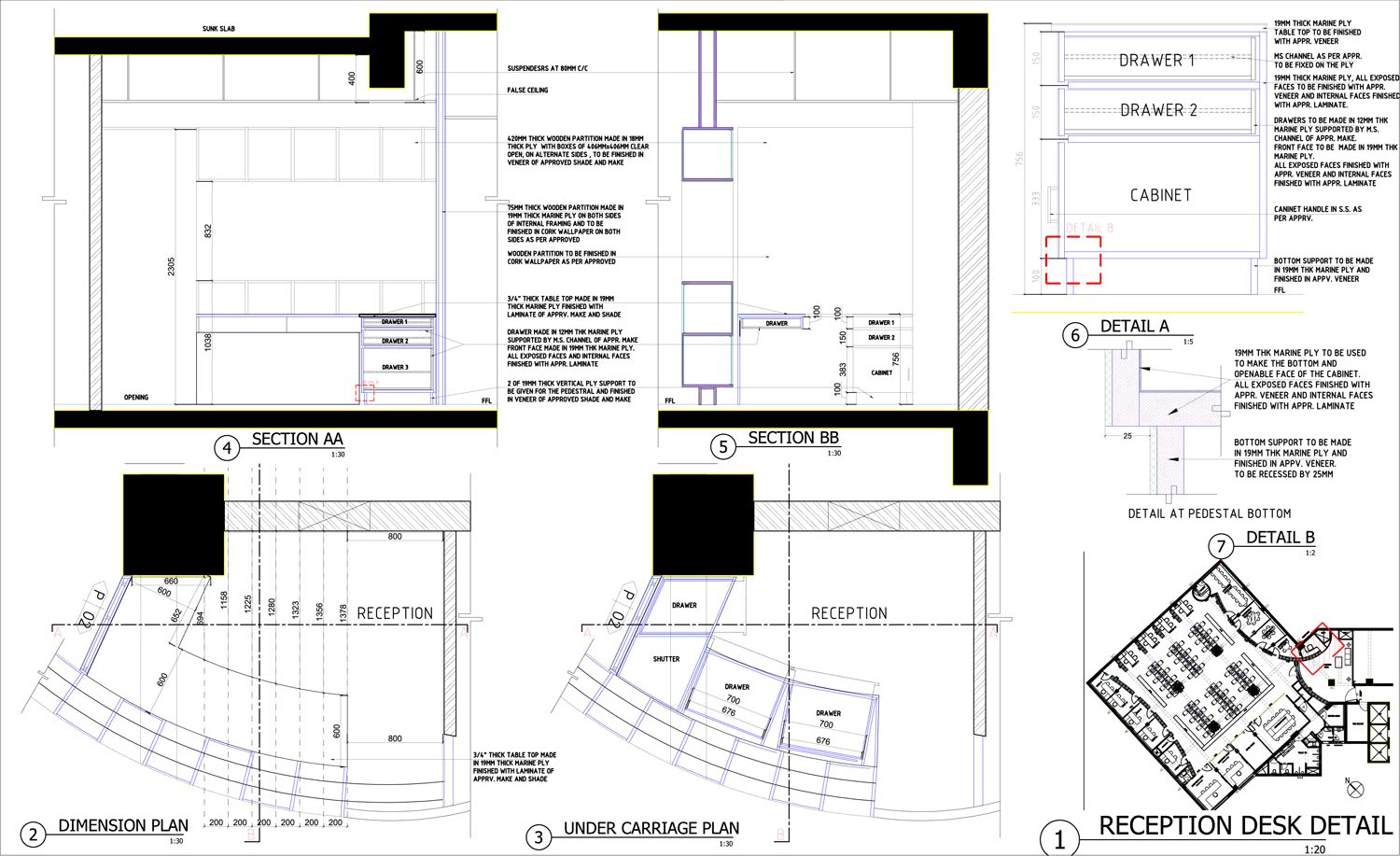 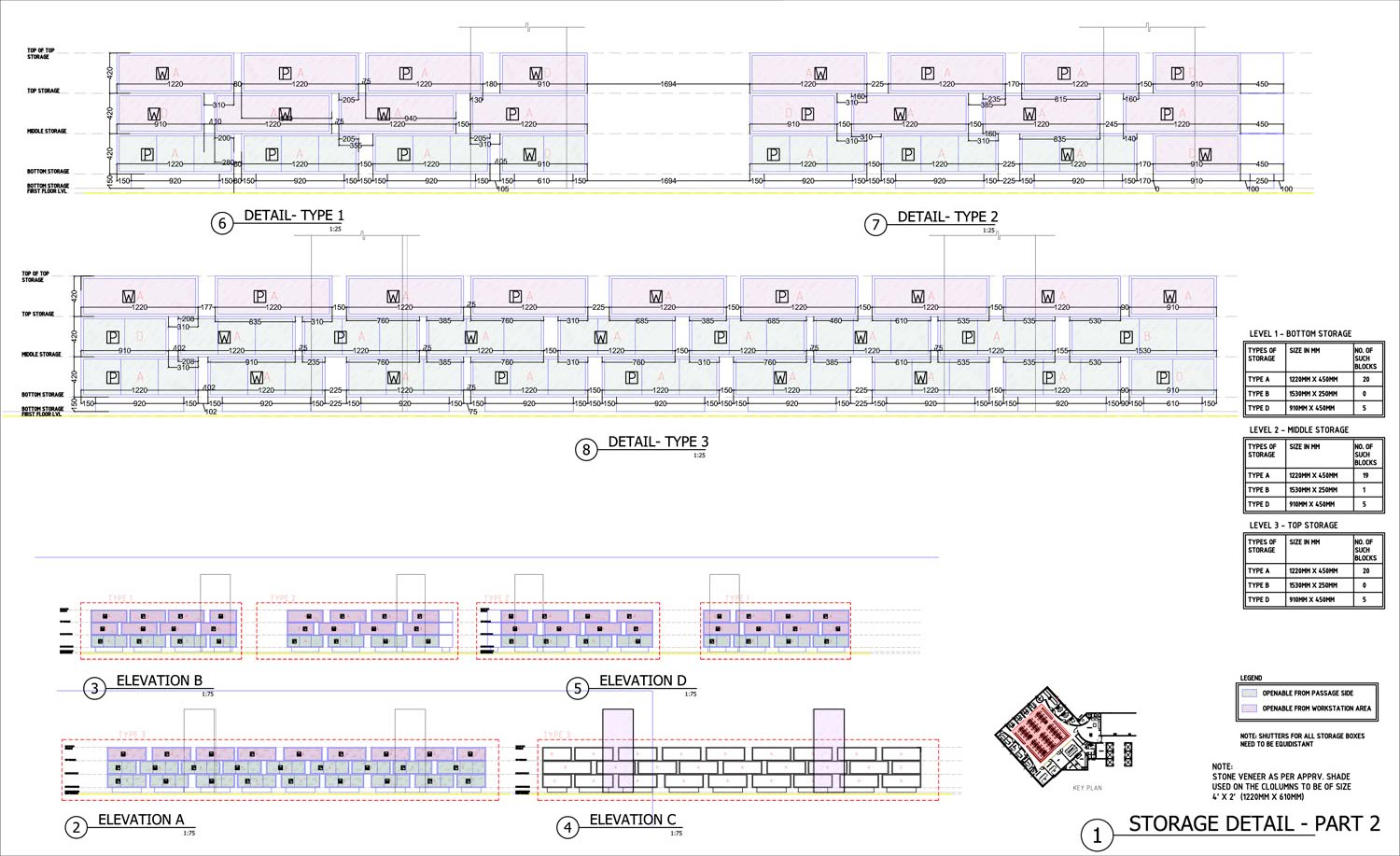 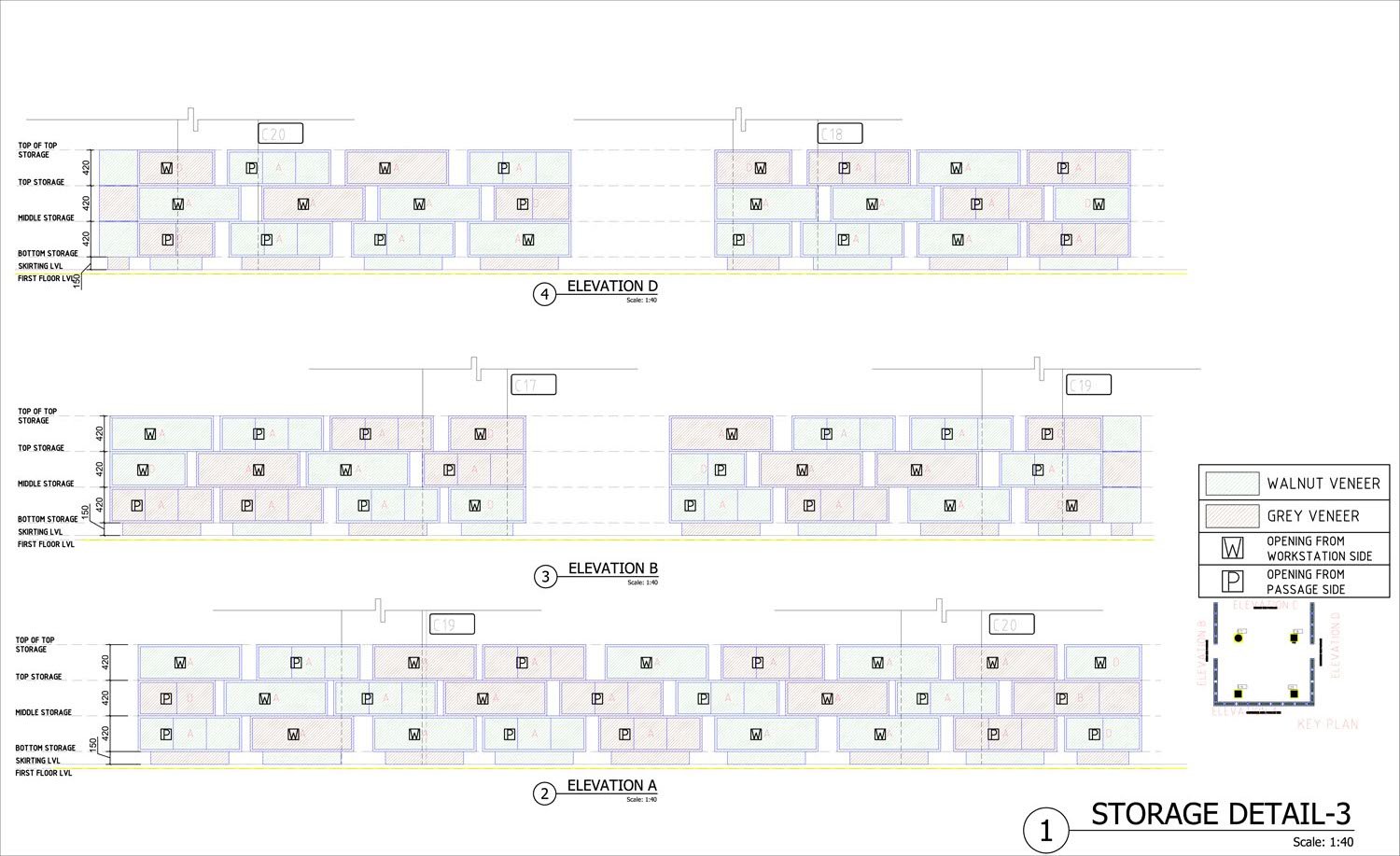 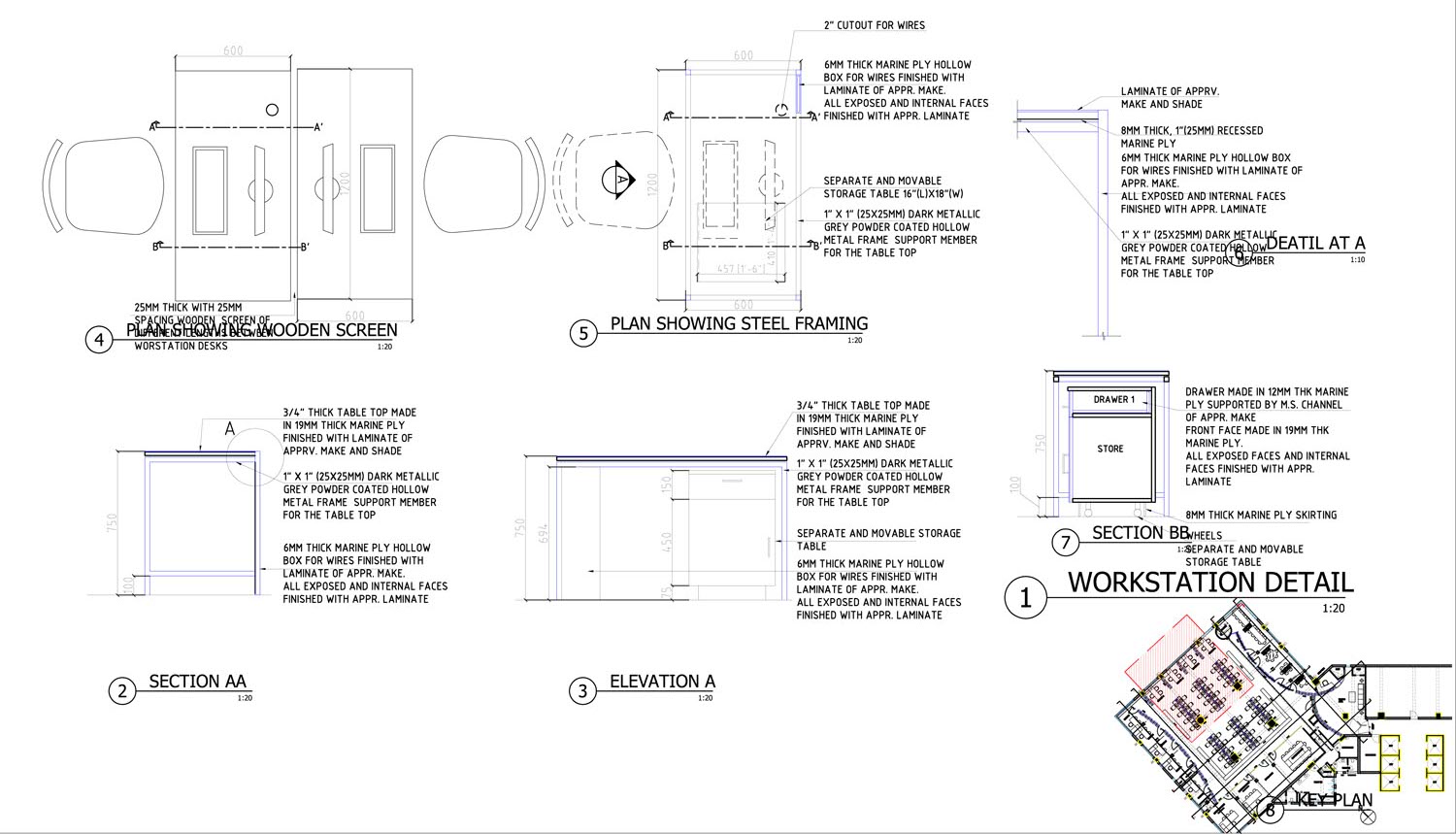