The Cook Theater celebrates the act of meal preparation and dining. Freestanding elements pivot around a custom cook top and bar positioned under a dramatic light pad. These tectonic masses float in an open plan with a spatial clarity that allows form and detailing to emerge. Multiple functions are consolidated into highly tailored pieces allowing for a minimum number of objects in the space. The carefully calibrated plan allows for a freedom of movement and circulation to the advantage of the chef and audience. Spatial relationships are considered within intimate proximities and in regard to the programmatic layout of the residence at large.

The scope of the project began with the complete demolition of the historic configuration of this area of the residence, a full floor of an Emery Roth Fifth Avenue apartment building facing the Metropolitan Museum of Art. Heavy partitioning within the space reflected the original the utilitarian quarters that serviced the operation of the household in a previous era. The sequence of rooms included a maid’s room, storage, laundry and mechanical, and a small kitchen that was incompatible with the client’s love of cooking and family meals. The initial architectural work was to consolidate the pragmatic and systems requirements into perimeter cabinetry, allowing the main kitchen elements to be featured in a dramatic and open field. A layered vertical section within millwork integrated the auxiliary program components and decreased their footprint.

The primary culinary elements in the plan are a cooktop/bar, dining table/storage volume, sink/appliance module and suspended light pad. These are tailored elements that integrate Boffi cabinetry into custom fabricated corian countertops and metal pieces which float on a monolithic Bisazza terrazzo slab flooring. The project circulates around a powder coated folded metal light pad which provides both ventilation for the cooktop, hvac air supply, and three different types of lighting for the central cooking and preparation space: task, area, and reflected ambient lighting. This suspended element also serves to obscure the exiting ceiling slab structural eccentricities creating the appearance of a full height space continuous with the historic formal rooms of the residence. Systematic improvements throughout the space compliment the architectural scheme, including an upgraded mechanical and electrical system. Irregular window heights along the exterior wall were aligned and dropped to a single lower sill height with new thermal tilt and turn windows providing improved natural lighting and air circulation. Full height perimeter storage consolidated the cabinetry creating free expanses of wall allowing for the clients art collection to extend into the kitchen. 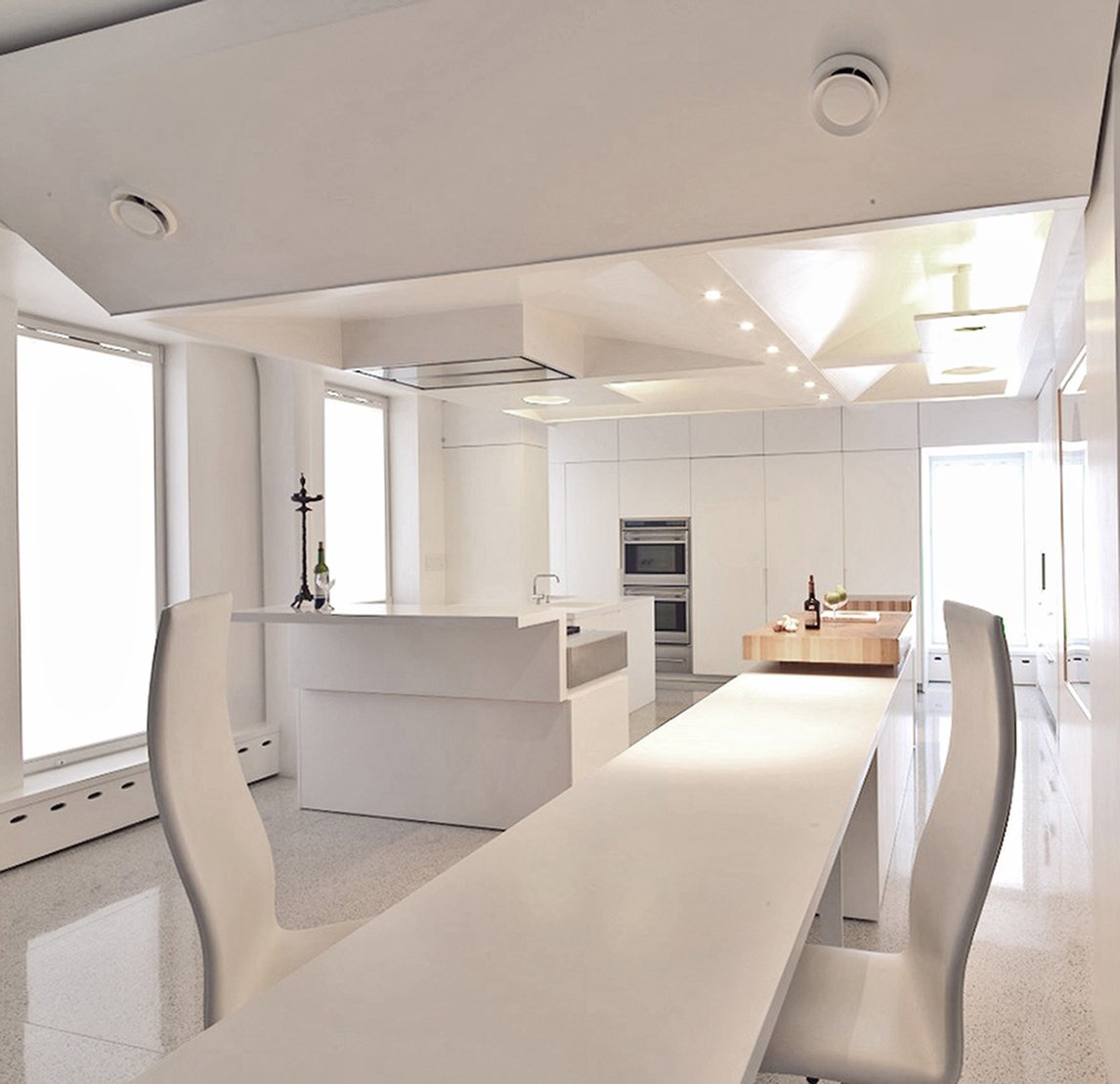 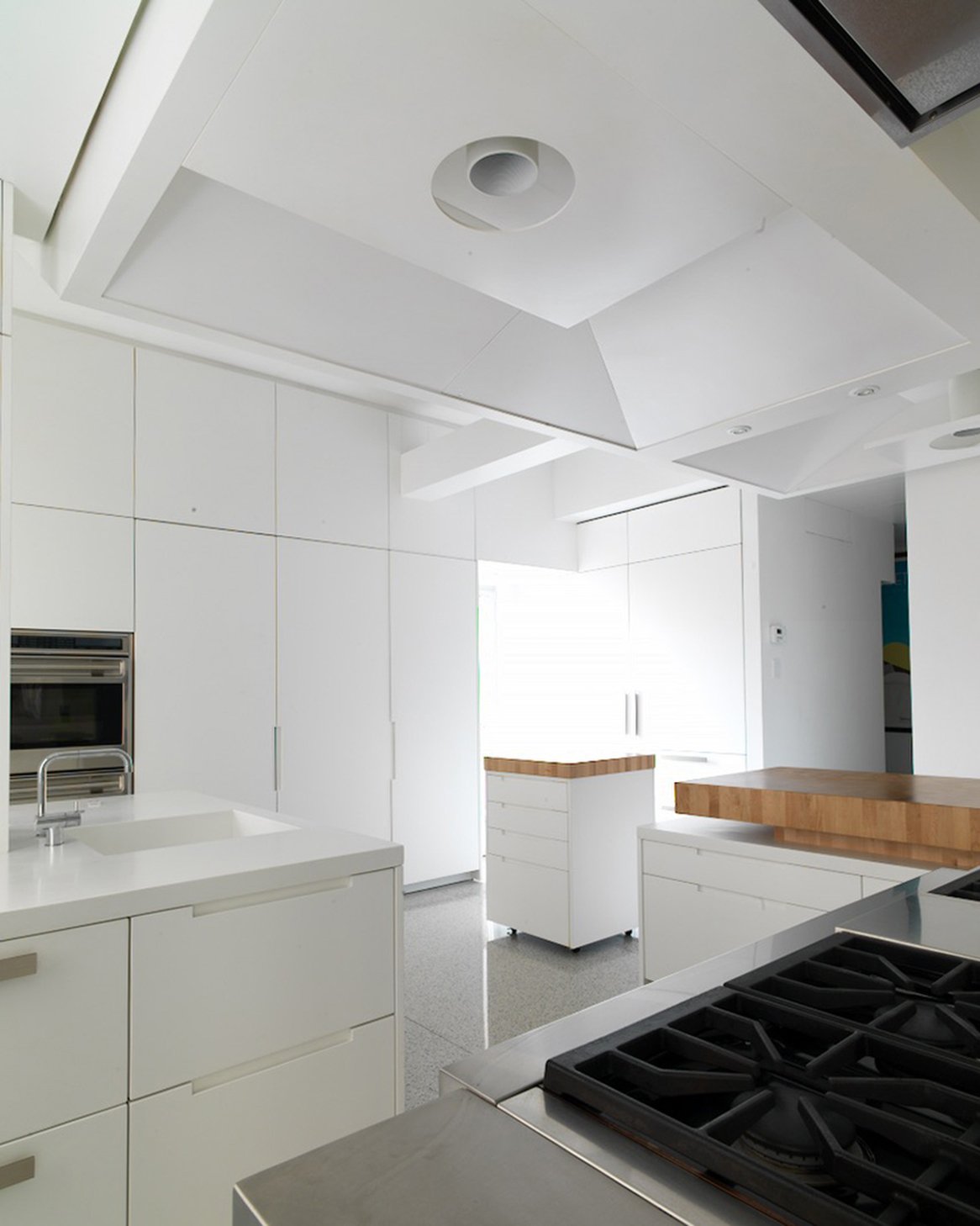 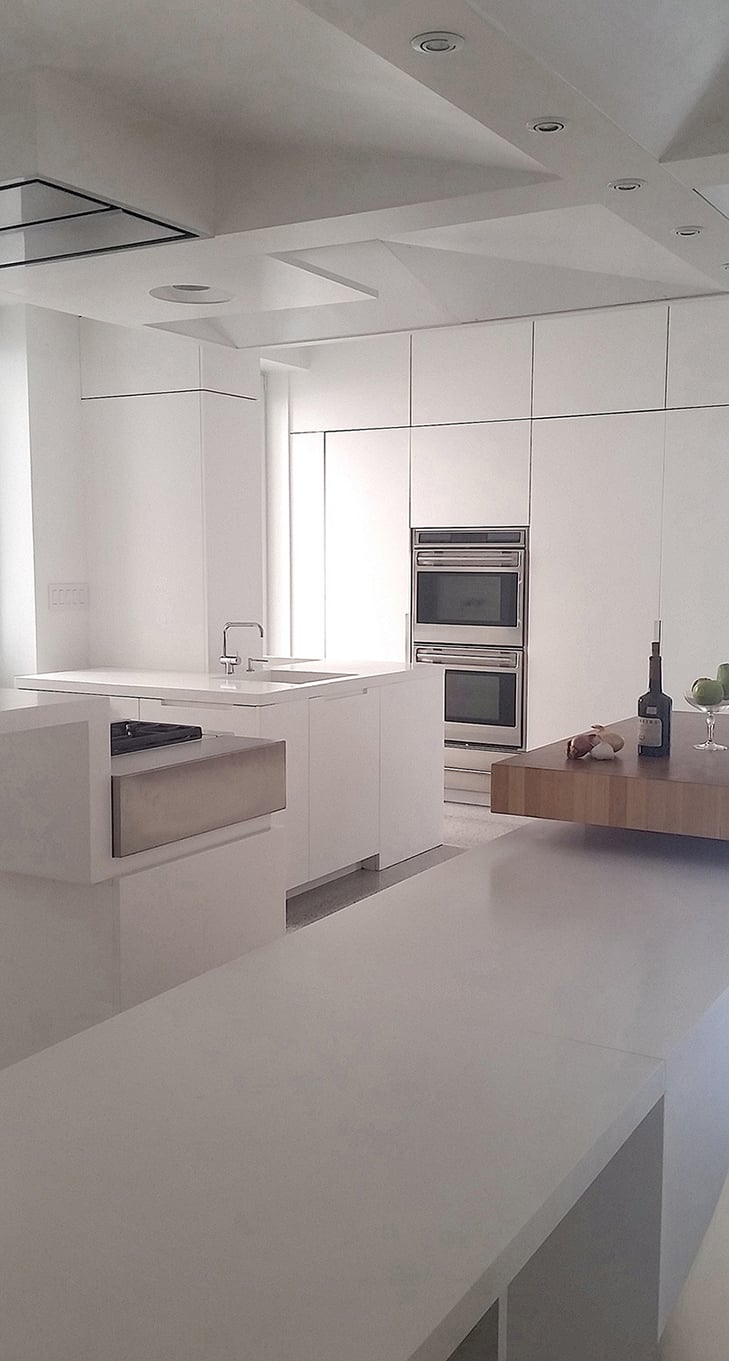 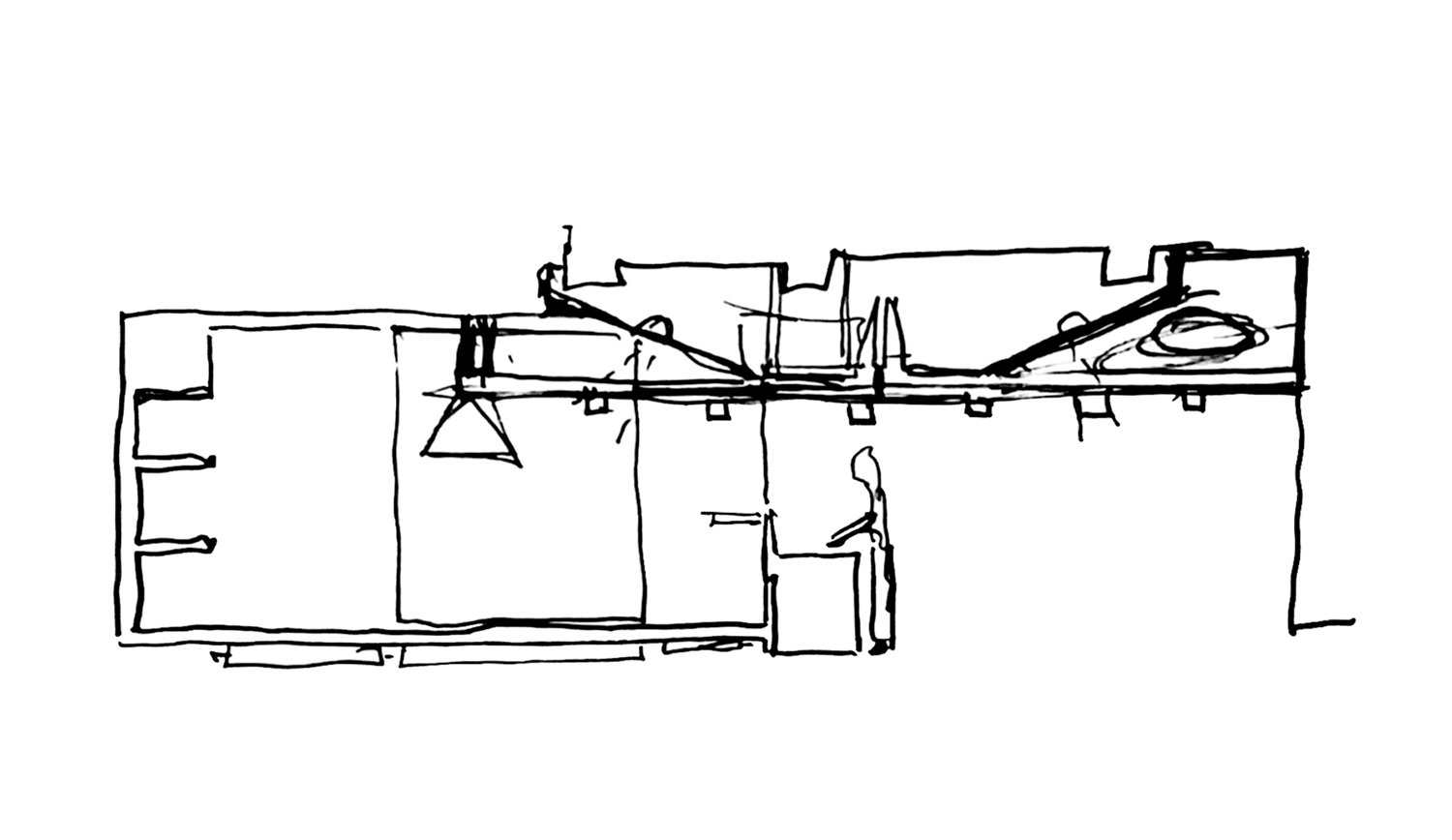 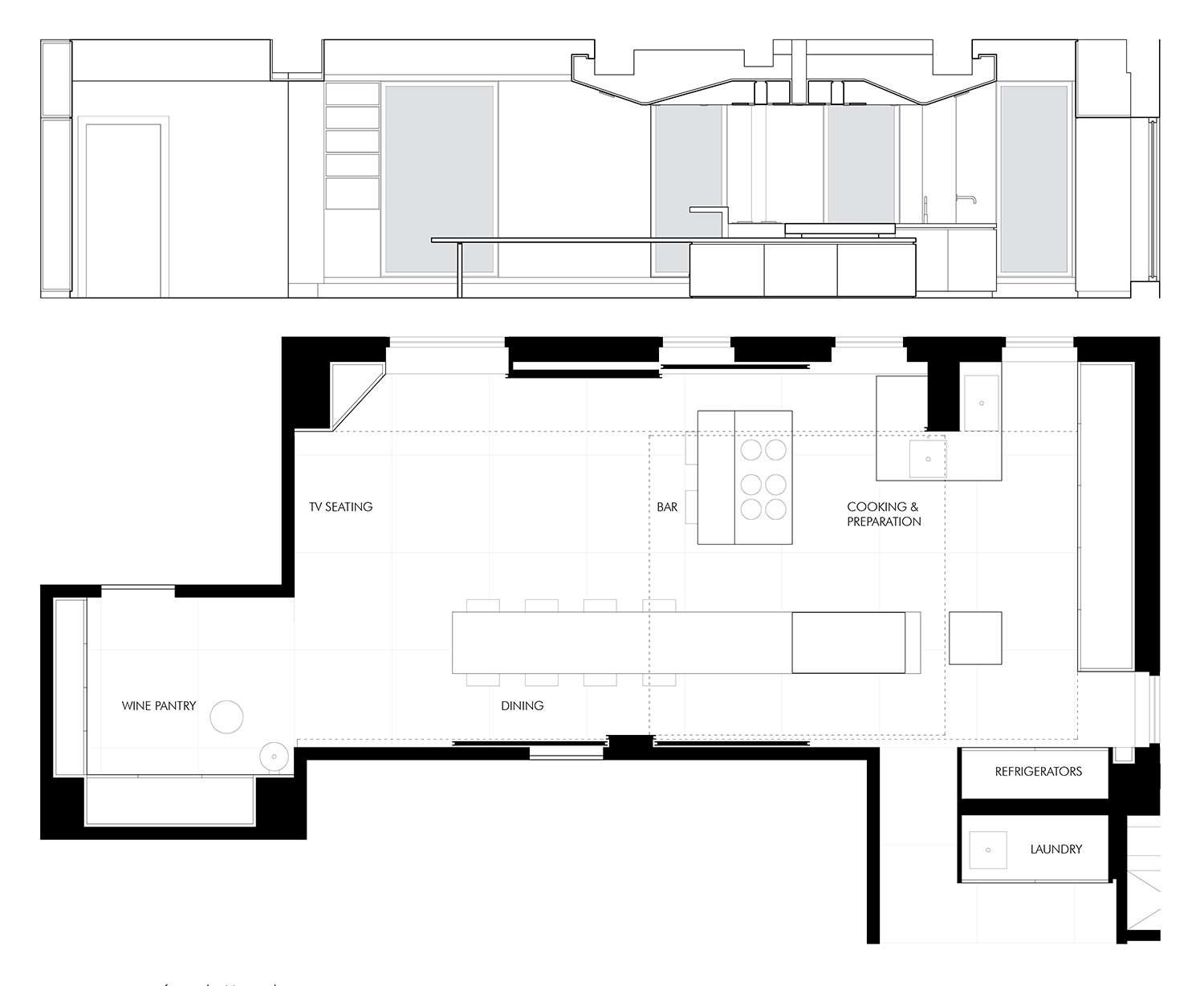 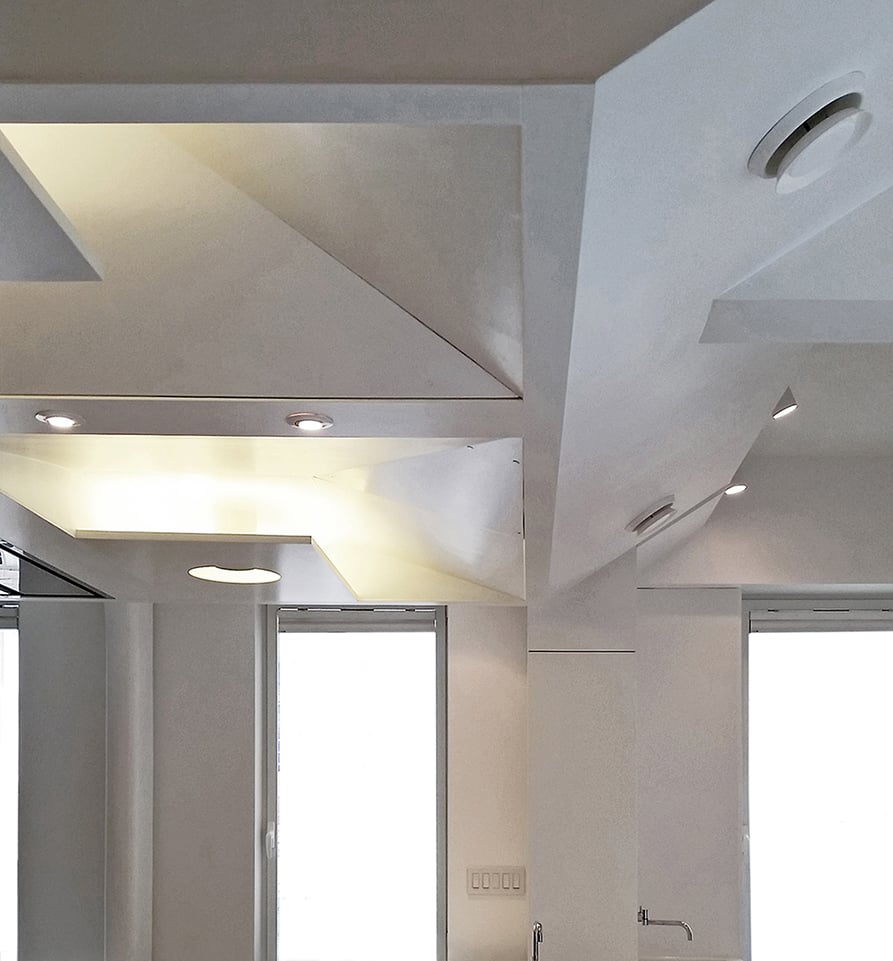 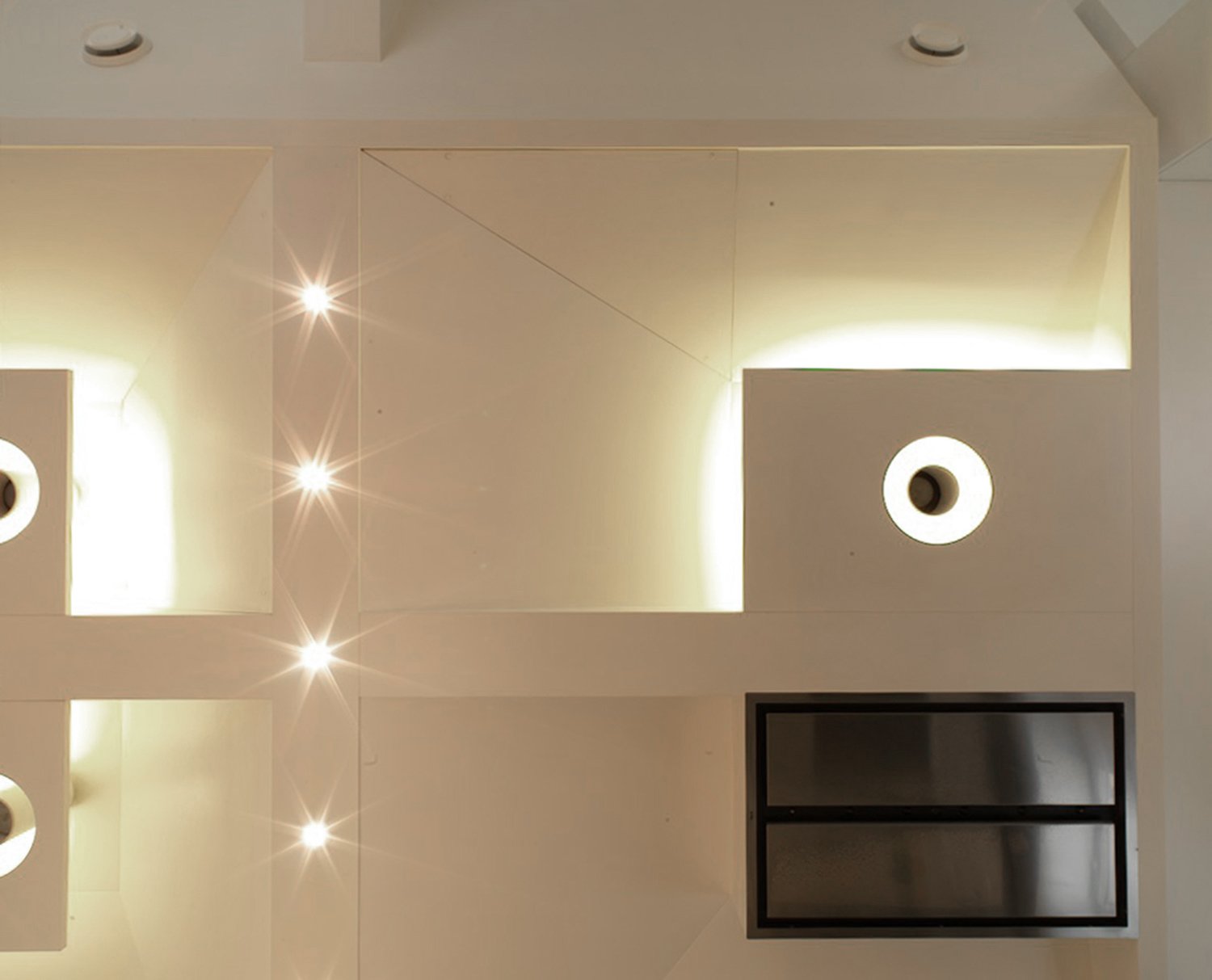 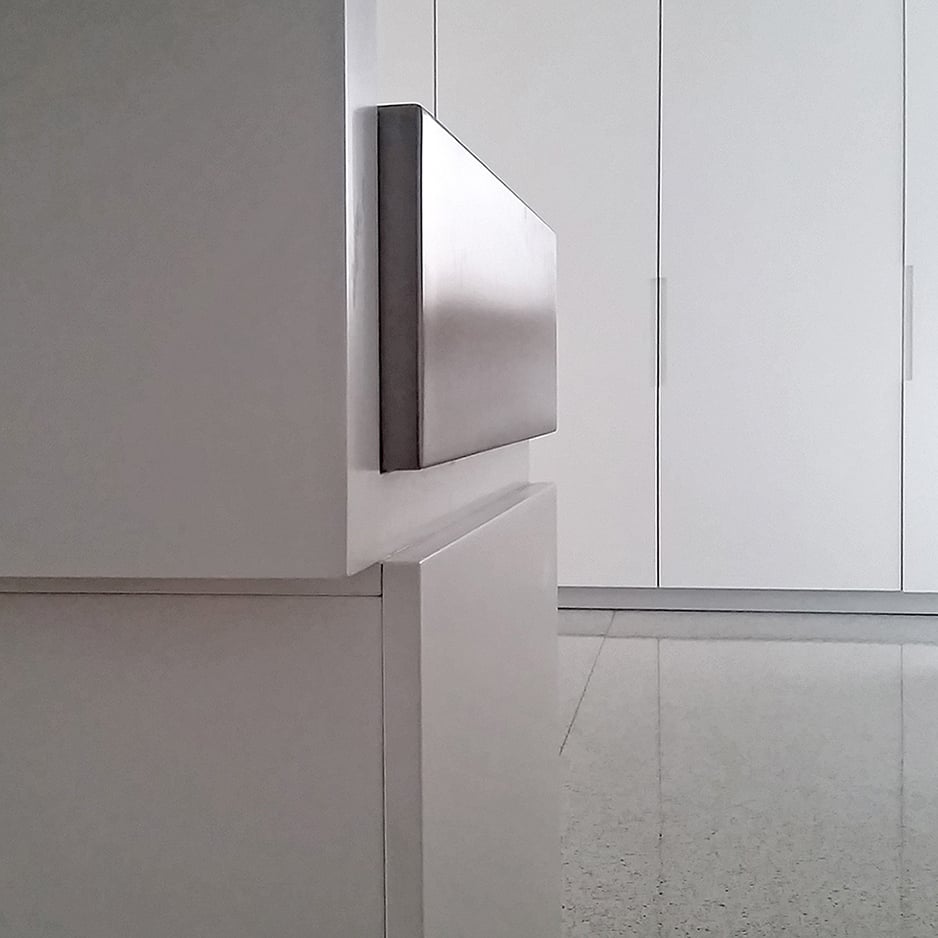 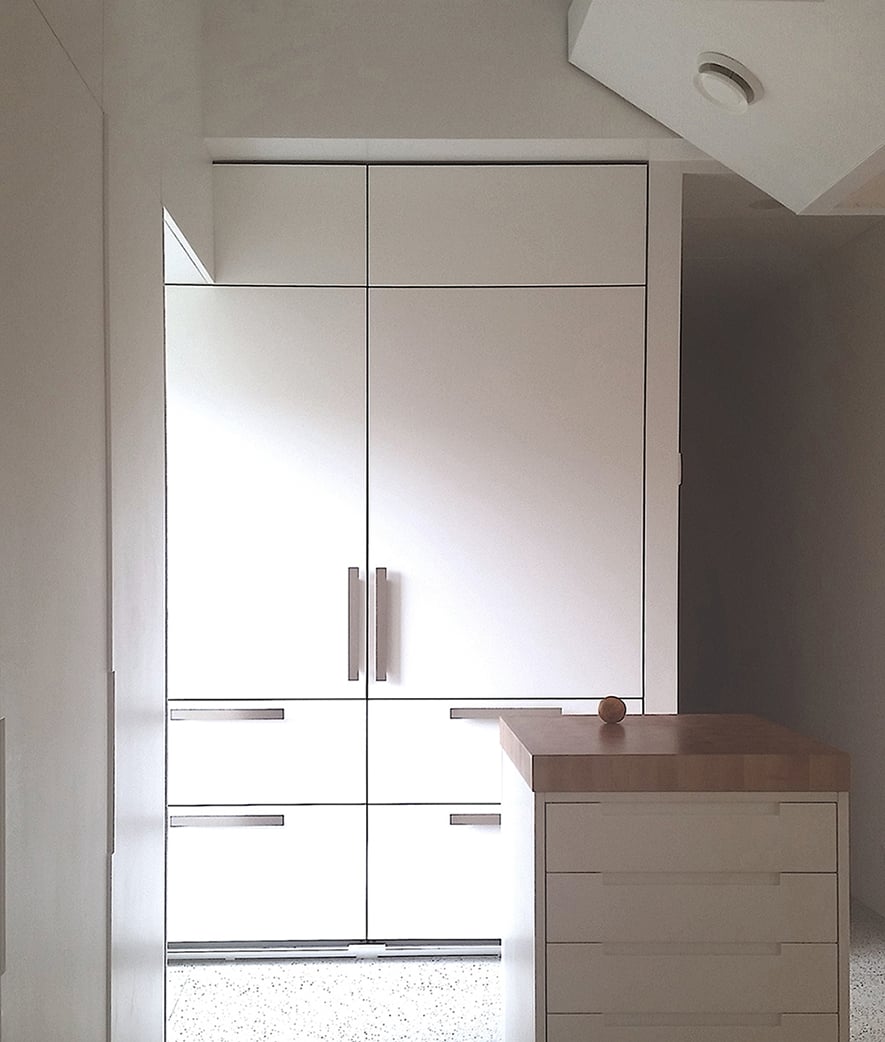 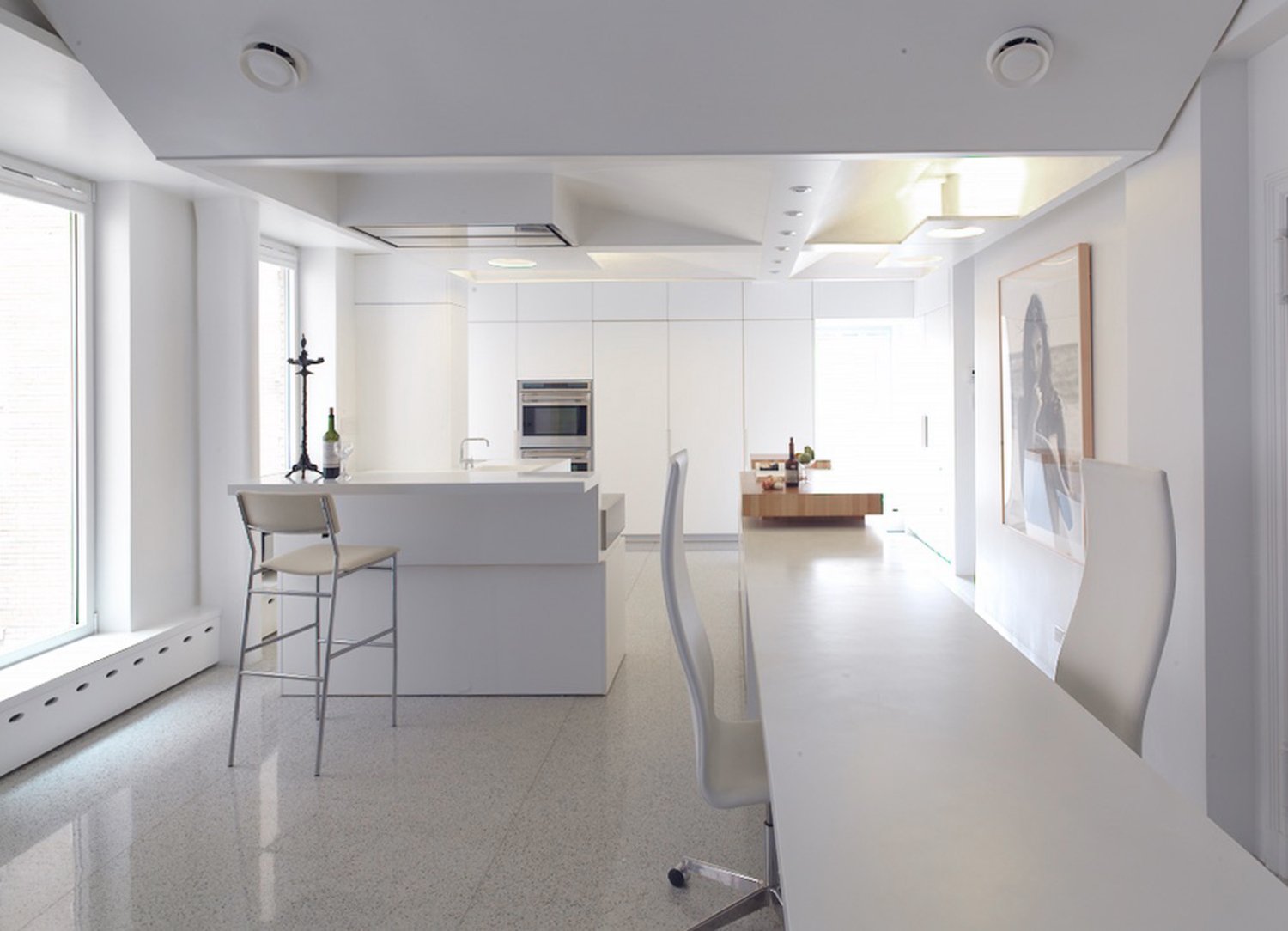 Diane Lewis founded an architectural firm in 1983 in New York and practiced for nearly 35 years until her death in 2017. This project is submitted posthumously by the associate of the firm, Emma Fuller. The work explores civic memory/fabric and contemporary form across a variety of programs: art galleries, cultural and educational institutions, domiciles, ideal structures and site studies. A selection of the portfolio includes the Wigley-Colomina Studiolo, Camera Cohen, Cooper Union Dormitory, Riverview Quadrangle, NYC Kunsthalle, Art Penthouse and the Kent Gallery. Recognitions include multiple nominations for the Daimler Chrysler Award and a 2008 National Design Award from the Cooper Hewitt. A monograph entitled “Diane Lewis Inside-Out: Architecture New York City” was published by Charta Milano in 2007. A selection of work is held in the permanent collection of the MoMA and with Harvard University.