The new terminal for Stockholm’s permanent ferry connections to Finland and the Baltics will be a landmark for the new urban development Norra Djursgårdsstaden - both architecturally and environmentally.

The terminal recalls the shape of a moving vessel and the architecture - with large cranes and warehouses - that previously characterized the ports. At the same time, the terminal has an ambitious sustainable profile, characteristic of the entire development.
The main idea has been to create natural links between central Stockholm and the new urban area in connection with the terminal, so that city life will naturally flow into the area. Therefore the terminal is raised to be at level with the urban zone, so it is easy for both pedestrians and traffic to access. At the same time the roof of the terminal building is designed as a varied green landscape with stairs, ramps, niches, and cosy corners, inviting both Stockholmers and passengers for a stroll or relaxing moments, while enjoying the view of the ferries, the archipela-go, and the city skyline.

Solar energy and geothermal heating/cooling are provided via the building's inte-grated systems, making the terminal self-sufficient in energy. Värtaterminalen will receive the environmental certification level Gold.

Ports of Stockholm's new passenger terminal is a pioneering project within the fields of environment and sustainability. The project meets the highly ambitious demands stipulated as part of the plans for the Stockholm Royal Seaport development, as well as fulfilling all of Ports of Stockholm's own requirements. The new Värtaterminalen ferry terminal will also be certified as a "Gold" class building under the Sweden Green Building Council's certification system.
To coordinate with the goals of the Stockholm Royal Seaport, the building is designed in such a way as to promote new opportunities for biodiversity and social green areas. The building is the first of its type to boast a public park with plants and greenery that enrich the local animal life in the form of insects and birds. The rooftop of the building is formed to incorporate social meeting places for travellers and visitors, as well as outdoor eating areas for restaurants.
The choice of materials has been heavily influenced by considerations of their respective life cycle perspectives, and all materials are environmentally certified. During the construction phase, transports to and from the site largely took place via water, minimising emissions and disturbance to nearby areas. The building's energy supply system for heating and cooling is optimised to be self-sufficient as far as possible, with the rare exception of extreme peaks, when the system is supplemented by the district heating network. The energy system is founded on drilled geothermal wells which provide the building with heat or cooling power, depending on the time of year. The system also uses a solar panel array on the roof. 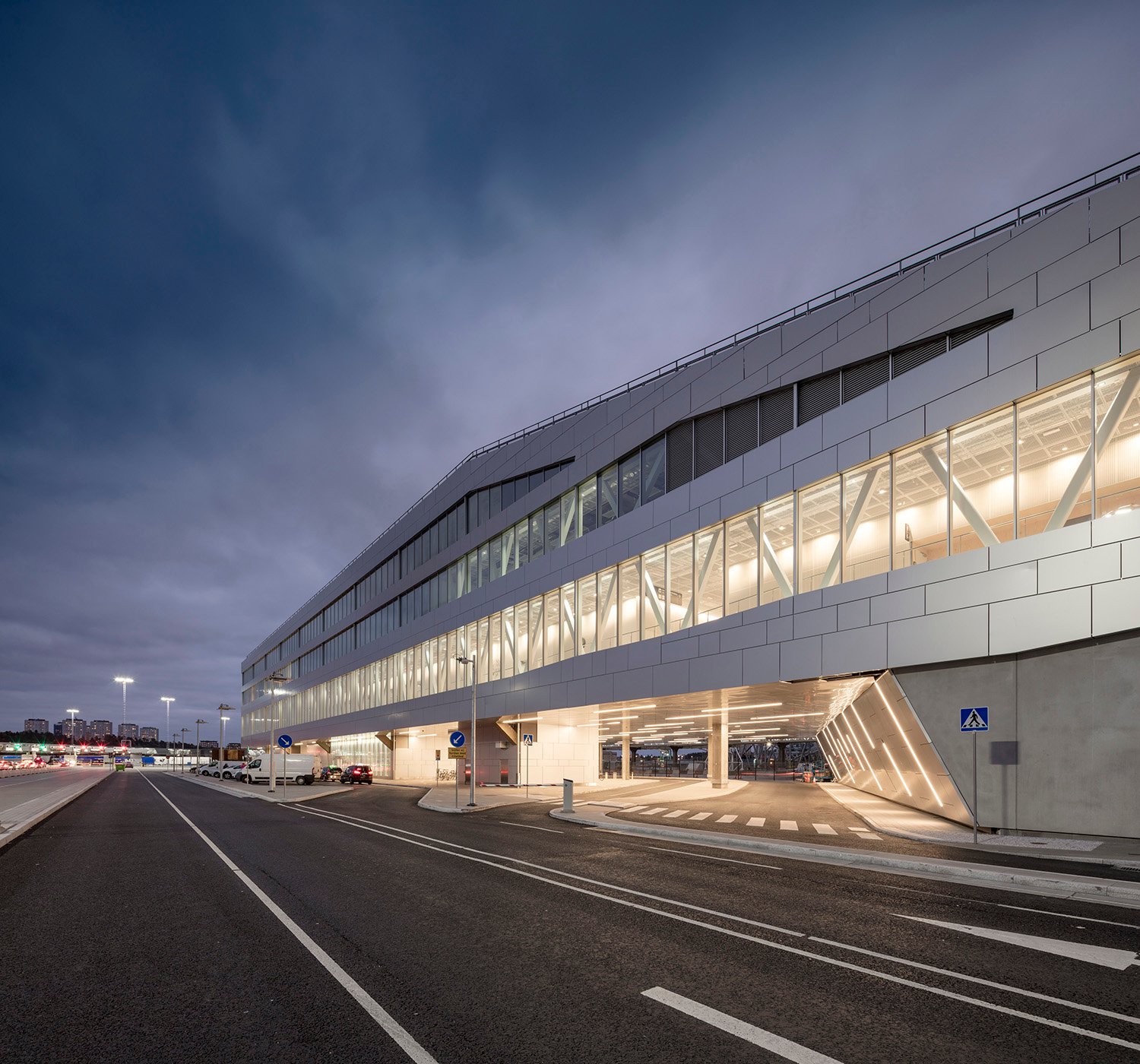 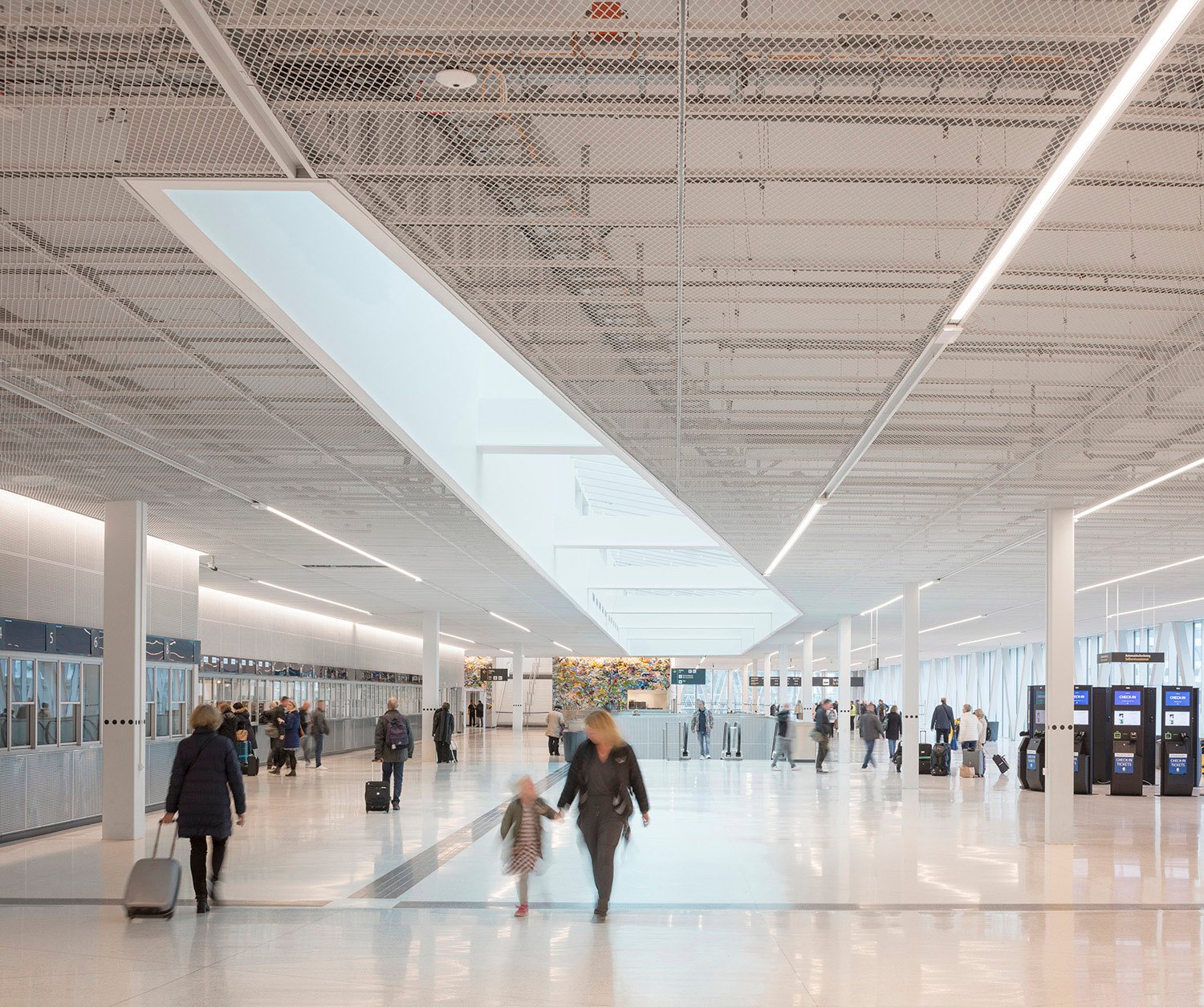 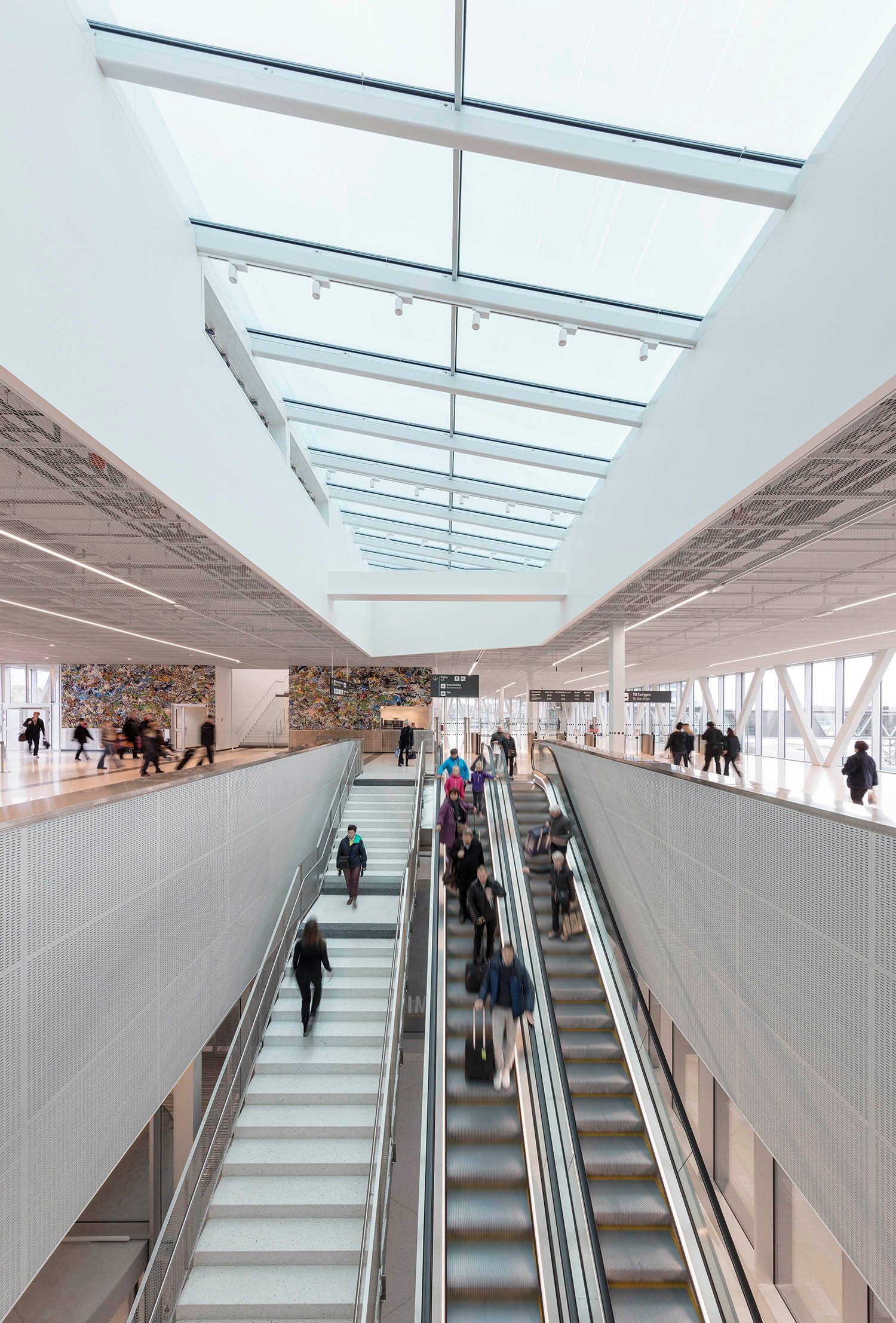 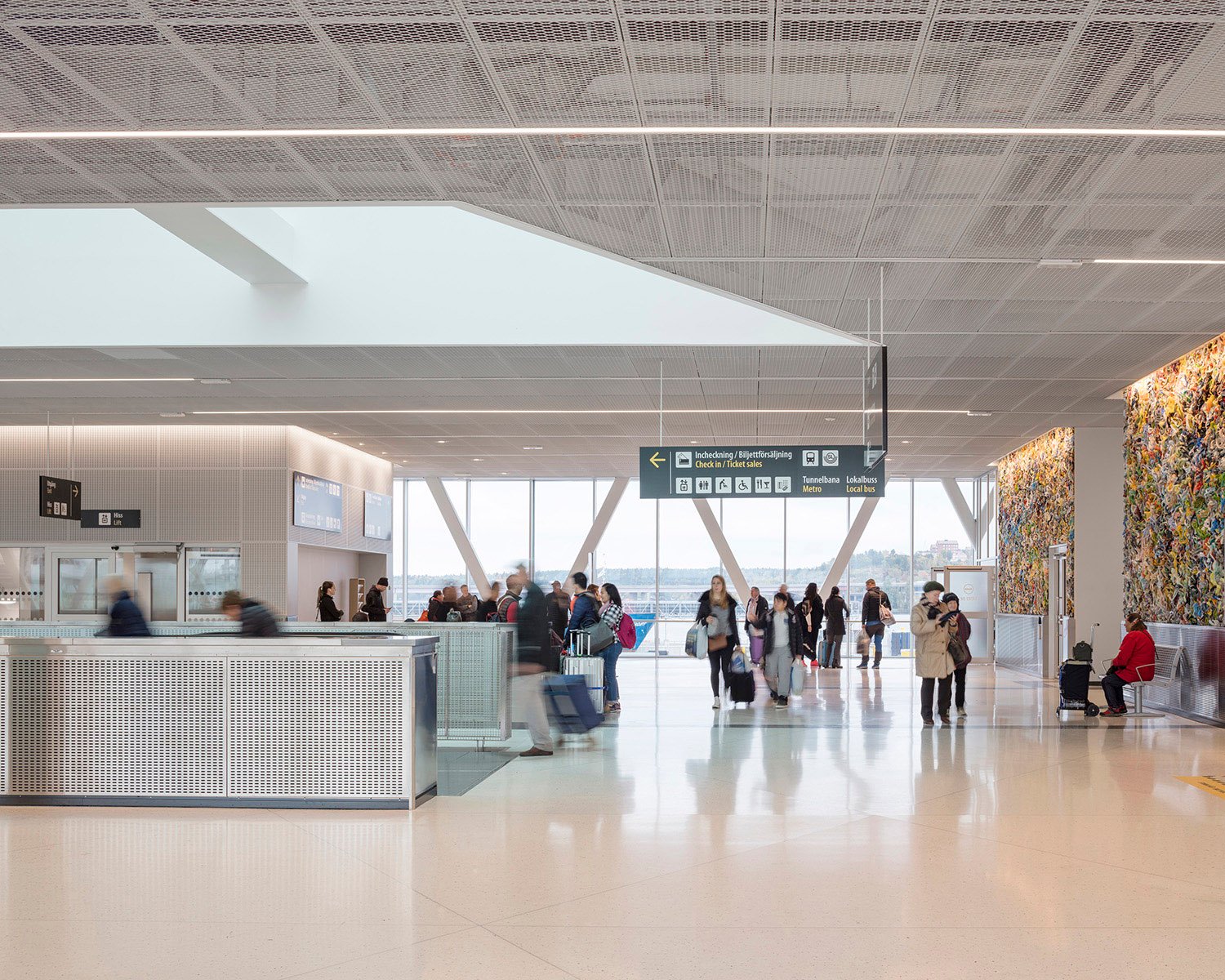 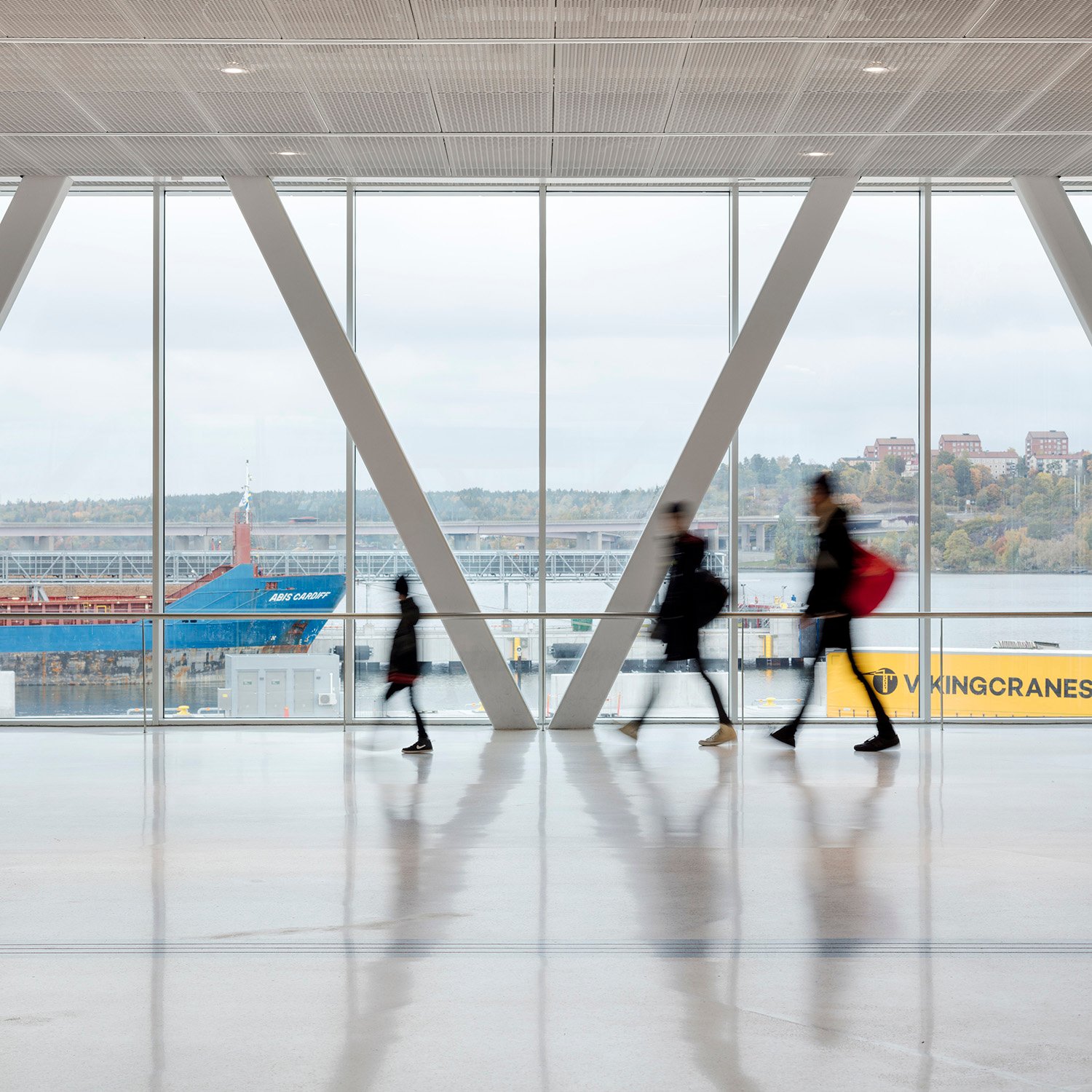 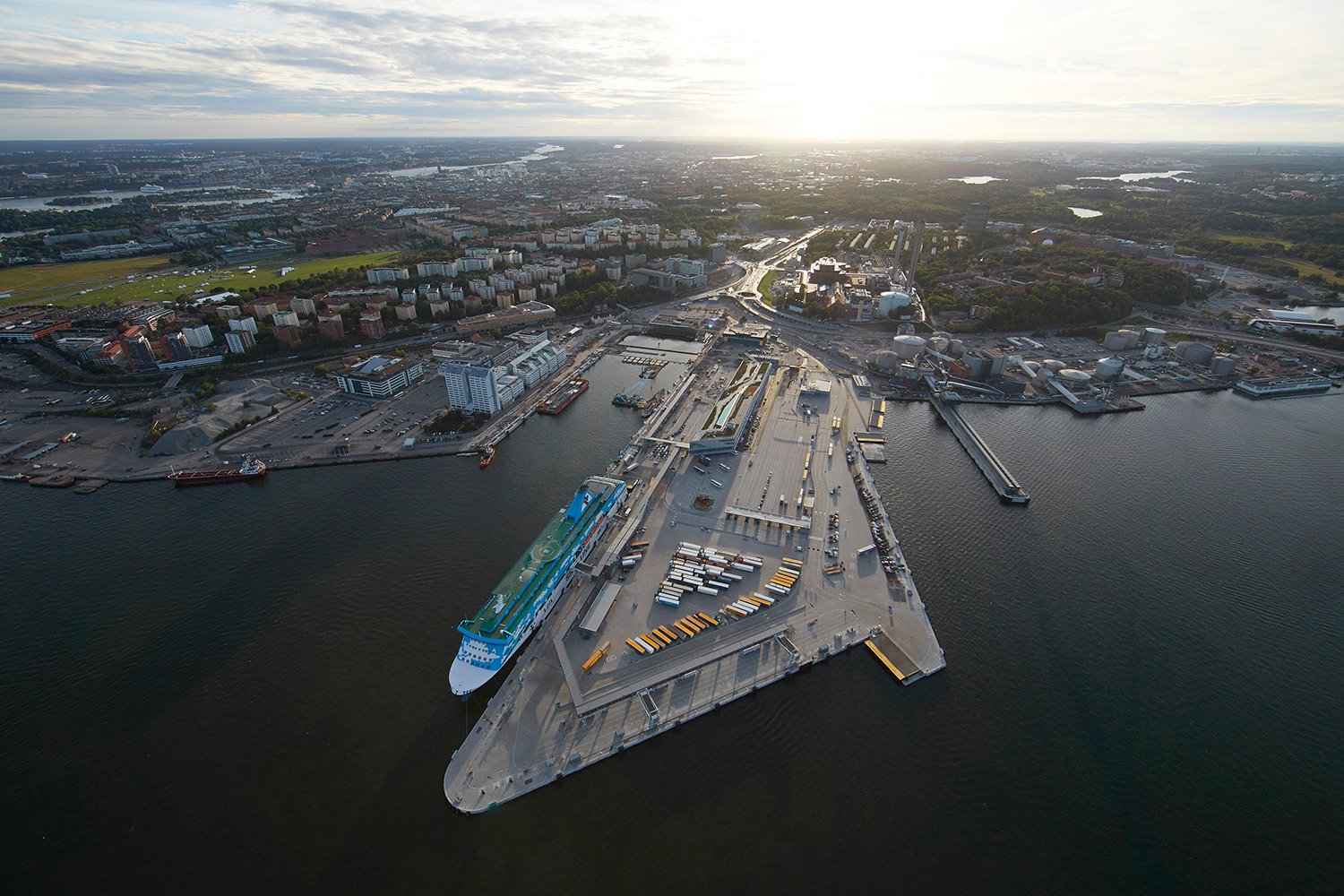 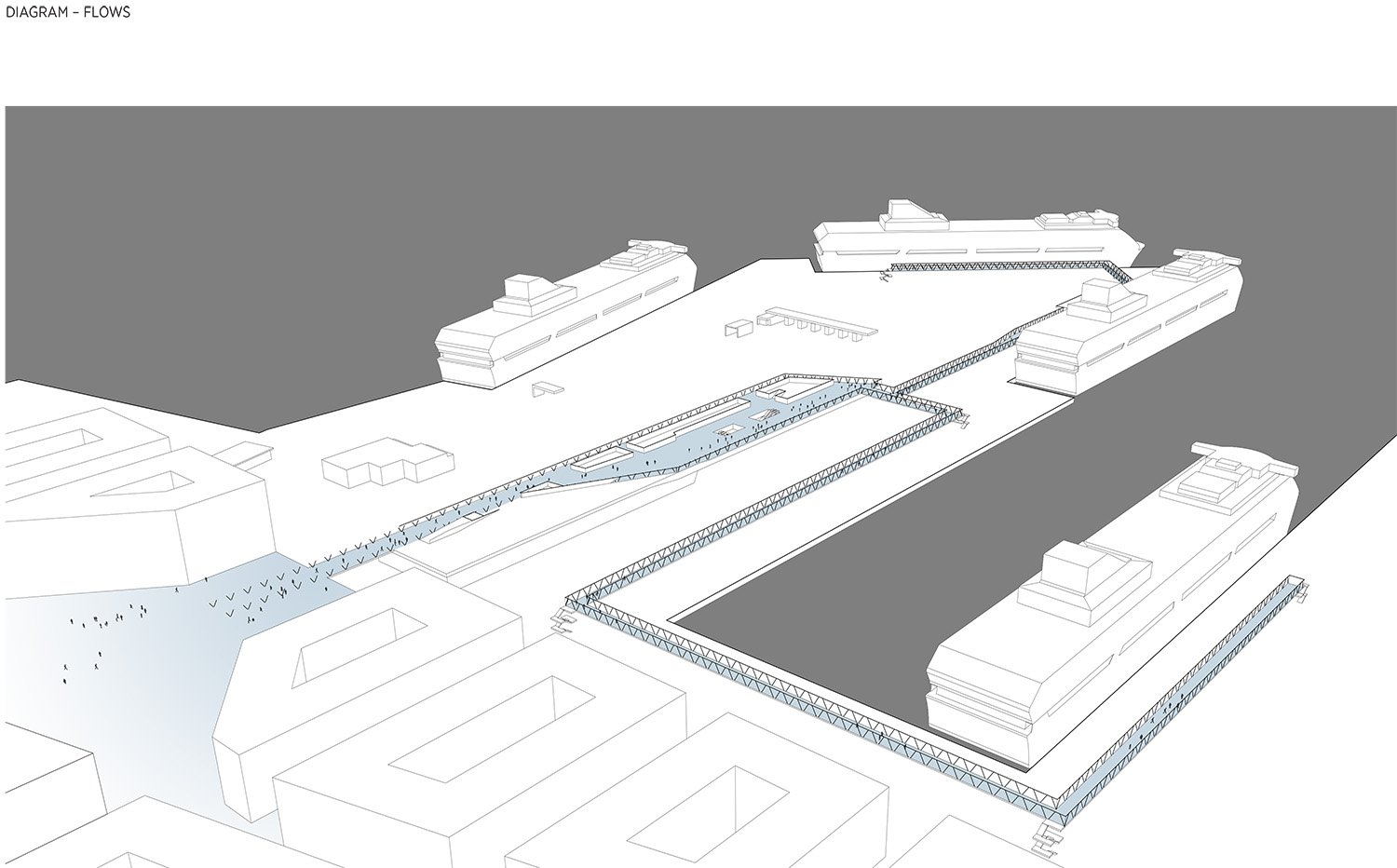 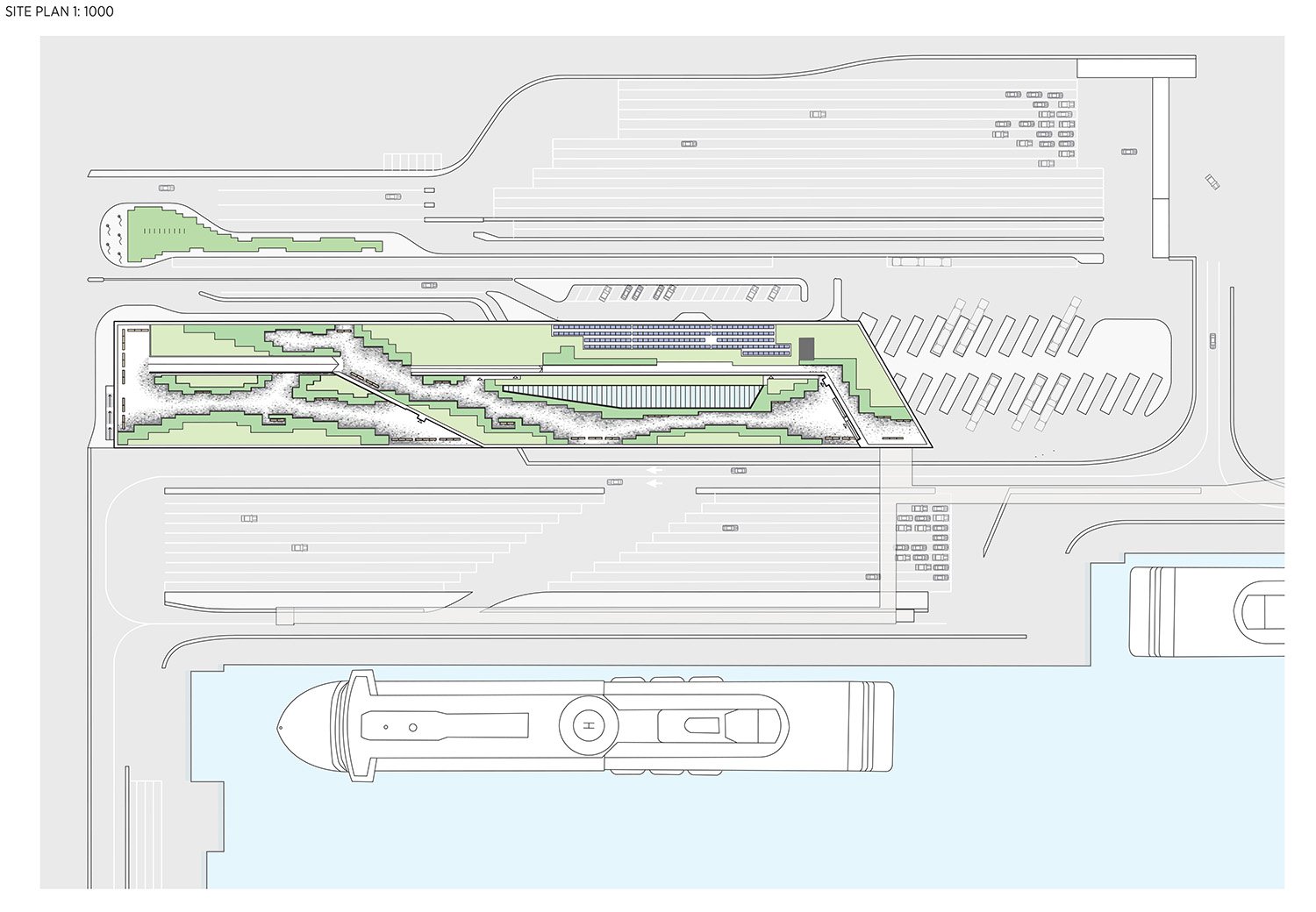 C.F. MØLLER IS ONE OF SCANDINAVIA’S LEADING ARCHITECTURAL FIRMS; WITH 90 YEARS OF AWARD WINNING WORK IN THE NORDICS AND WORLDWIDE.

Simplicity, clarity and unpretentiousness, the ideals that have guided our work since the practice was established in 1924, are continually re-interpreted to suit individual projects, always site-specific and combined with sustainable, innovative and socially responsible design solutions.

Over the years, we have won a large number of national and international competitions and major architectural awards. Our work has been on show at architectural exhibitions all over the world as well as published in books and leading professional journals.

With our integrated design approach which seamlessly blends urban design, landscape, building design and building component design, C.F. Møller has received much acclaim for international projects of reference like the unique University Campus in Aarhus, the National Gallery in Copenhagen and many others.