The building has a straight forward composition articulated through two figures of simple geometry: “the
rectangle-bridge”, a horizontal element, with
an internal courtyard on to which the most public
places face (the double height foyer, the café canteen,
the public space and meeting place), and the
“square”, a vertical element, housing the workspaces
and the most representative areas (meeting rooms,
management and general office).
The connecting elements, ramps, stairs and corridors
that link the various functional areas of the building have been designed to have an expressive and representative appearance.
The building has two entrances, the first opening
on to the marina, made of glass and sinuous shapes
that communicate with the rest of the building
which is characterised by a linear appearance, by very
sharp corners; the second entrance (on the opposite
side of the railway), seemingly more austere and for service purposes, hides inside a stairway in an articulated triple-height form that opens on to the courtyard and terrace.
From the first entrance, via a ramp, are reached the public space, the meeting space, the café-canteen and the open space of the outdoor courtyard and terrace. It is possible with the use of the walls and mobile
elements to transform this sequence of environments
(double height, internal and external) into an exhibition
or event venue. Through two corridors, which look out
on to the open courtyard on one side, on the other on to
the service areas (at a depth of 5.20m), the port railway
line is crossed by bridge to get to the tower, the pulsing
heart of the architectonic intervention, exceeding the
limit of the railway below.
The tower, at every level (seven in total) develops with great distributive simplicity, with a central core structure (which houses distributive and service areas) and a corridor ring which is looked on to by the offices 5.20m deep.
This very simple volume of the tower (23m x 23m) ends
on the top three floors with variations on three sides,
marked with protruding elements, created to host
the meeting rooms and the most representative environments 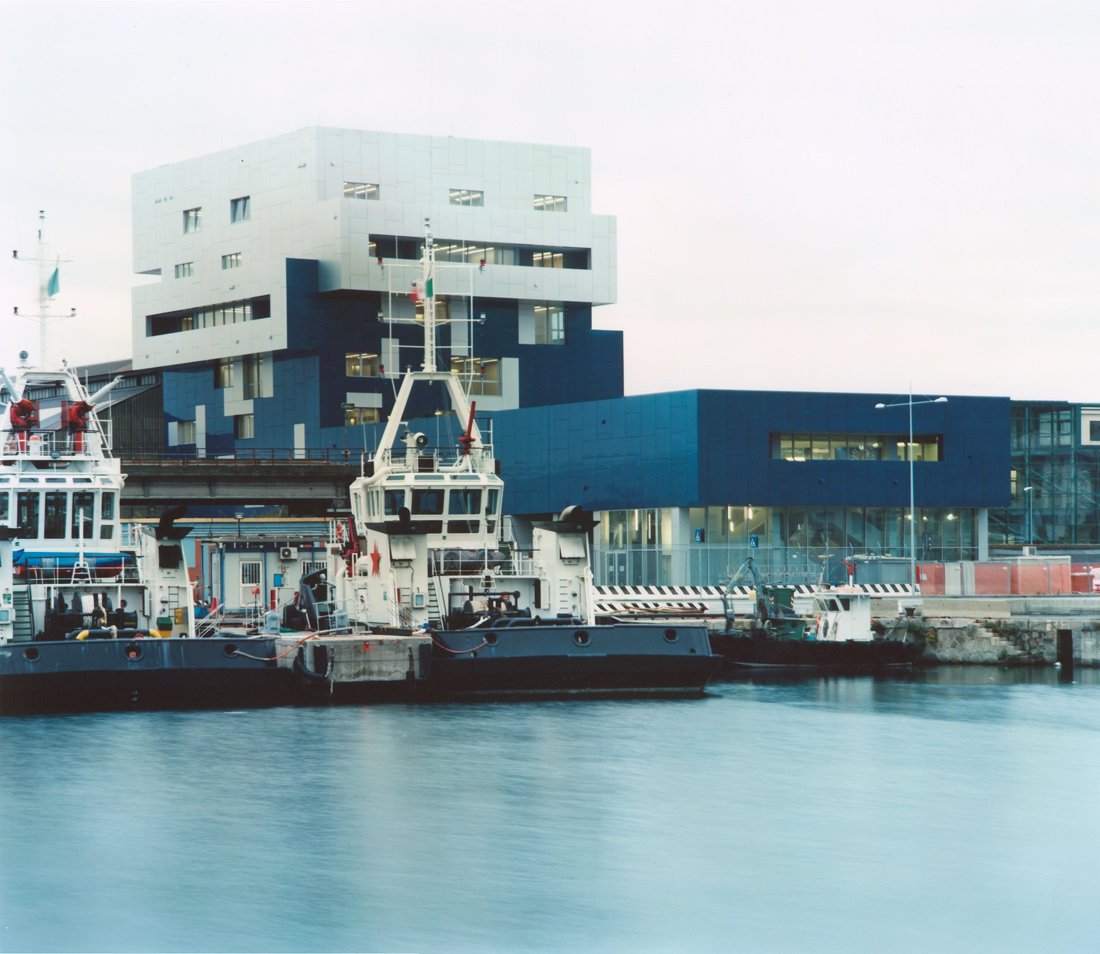 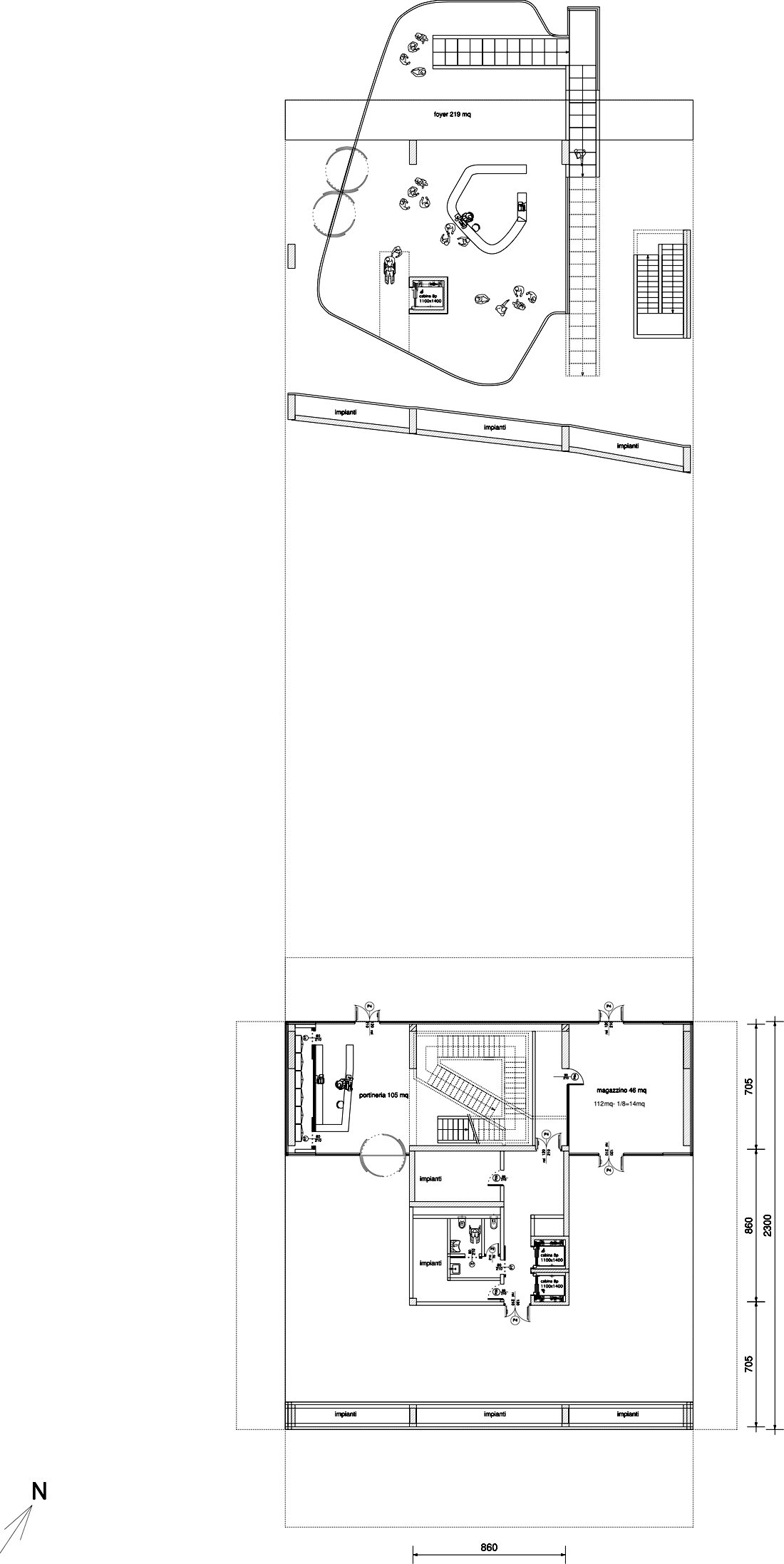 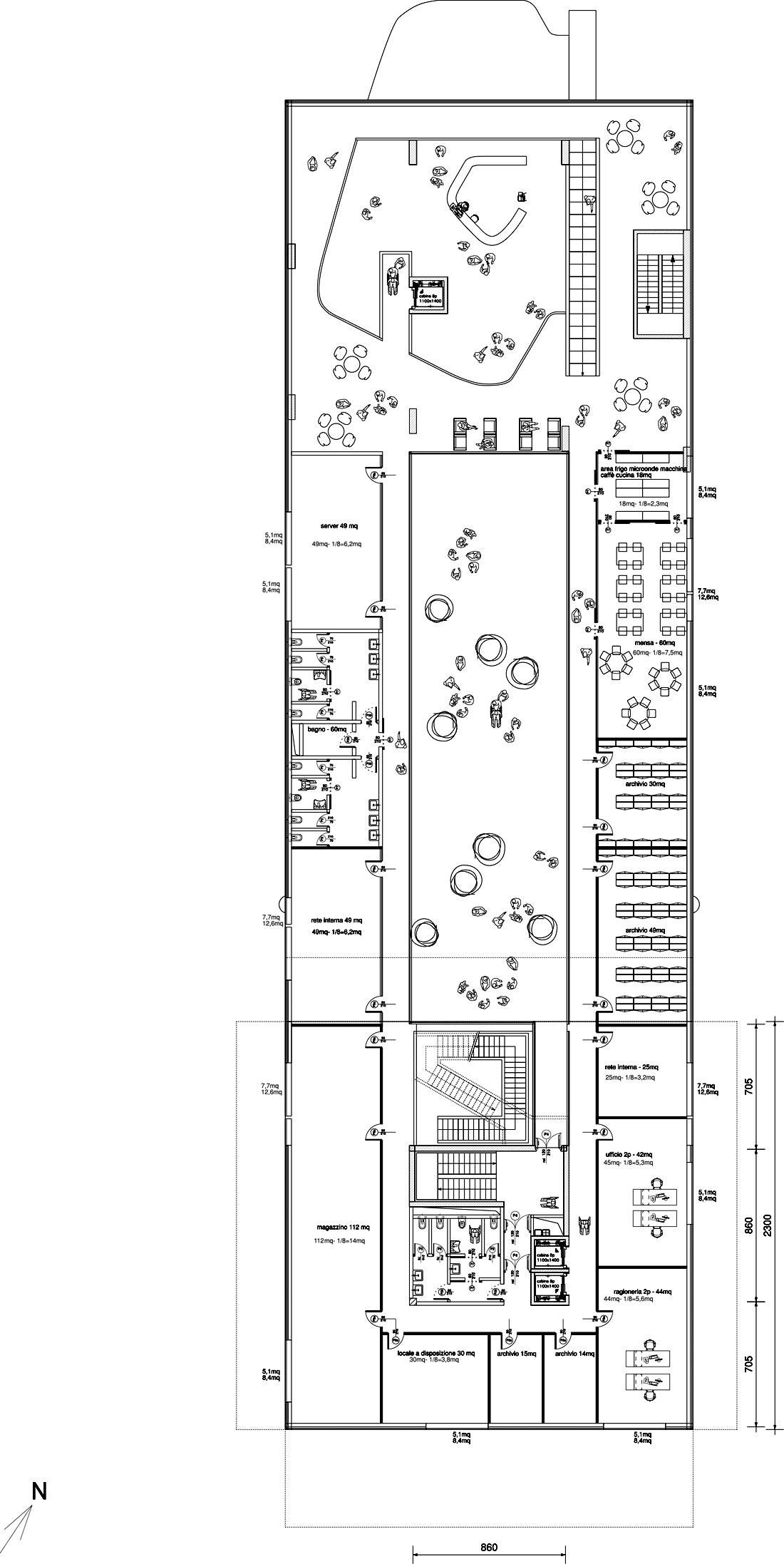 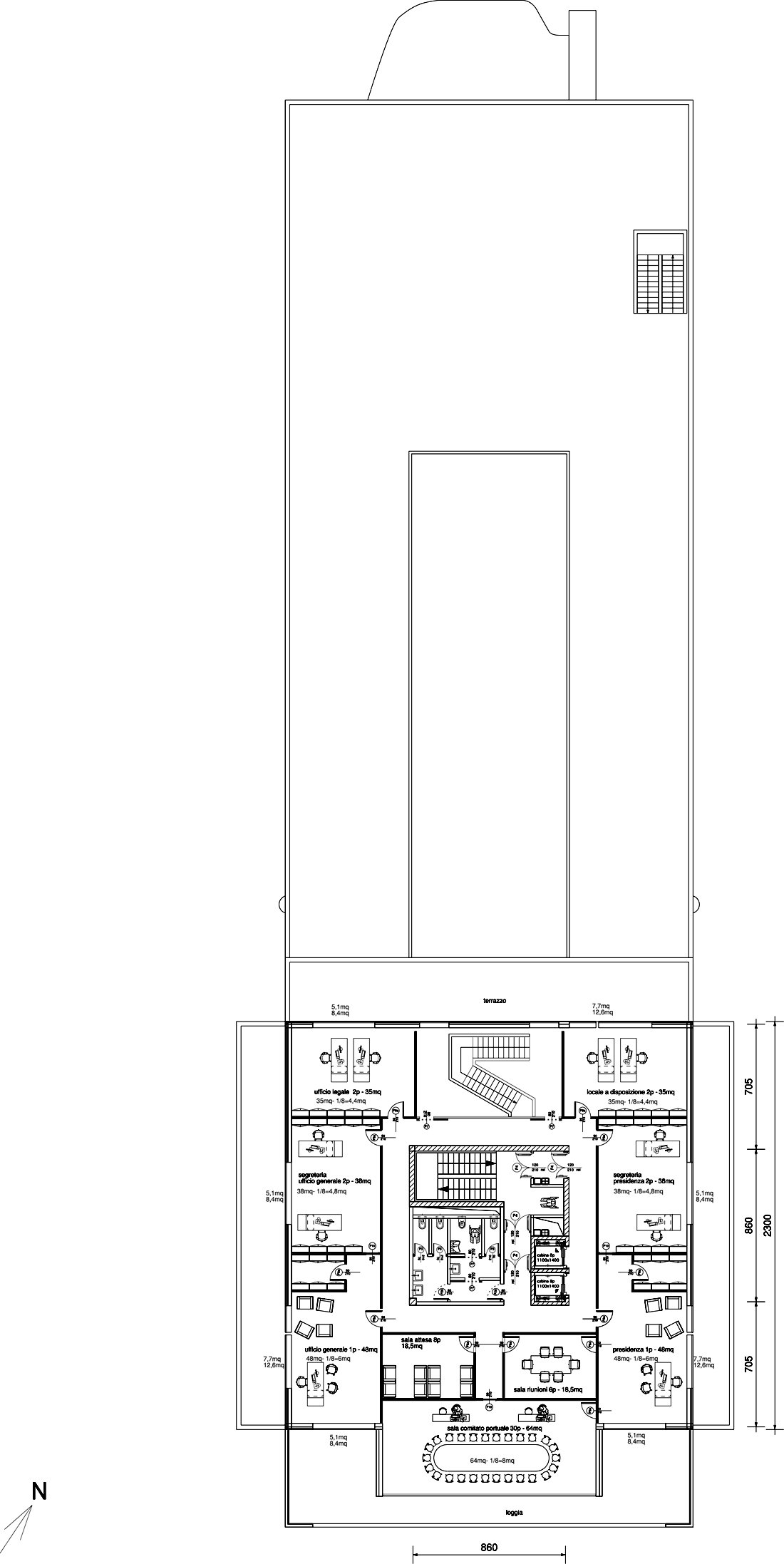 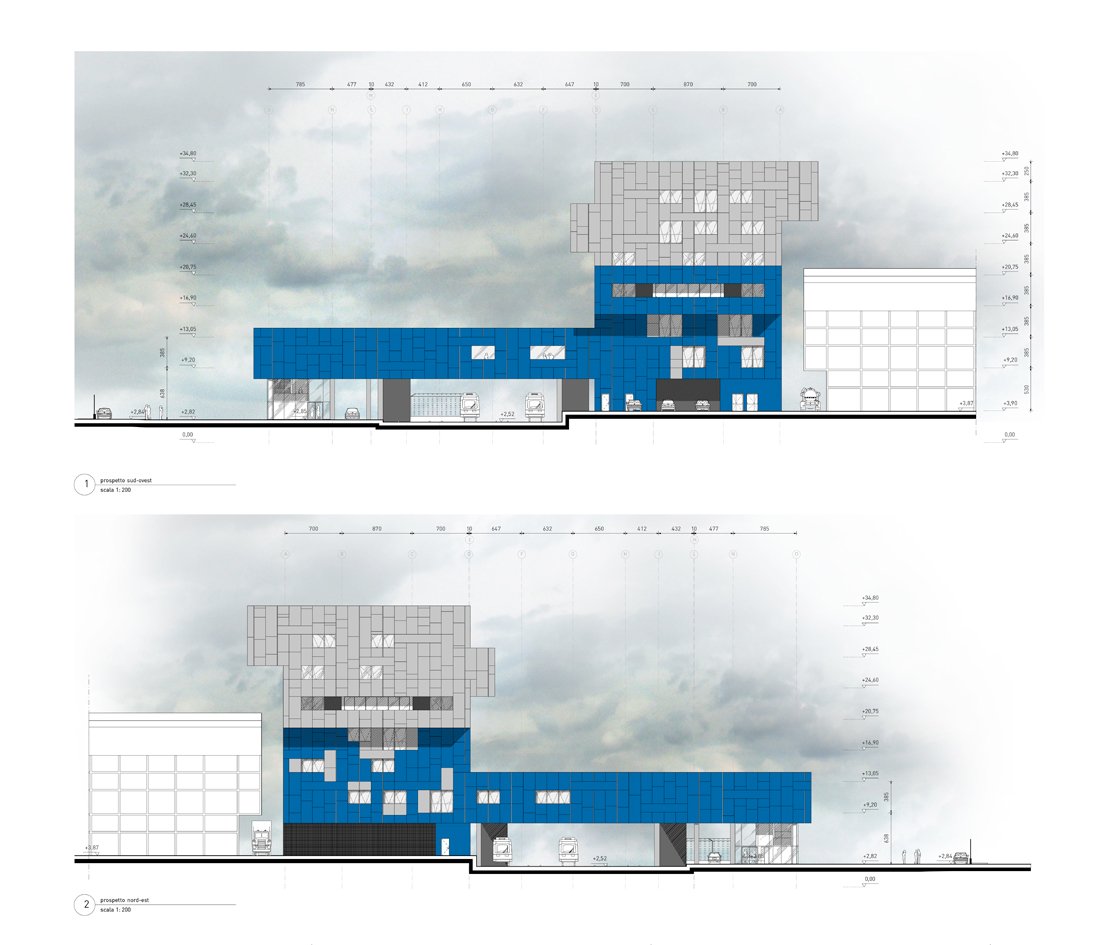 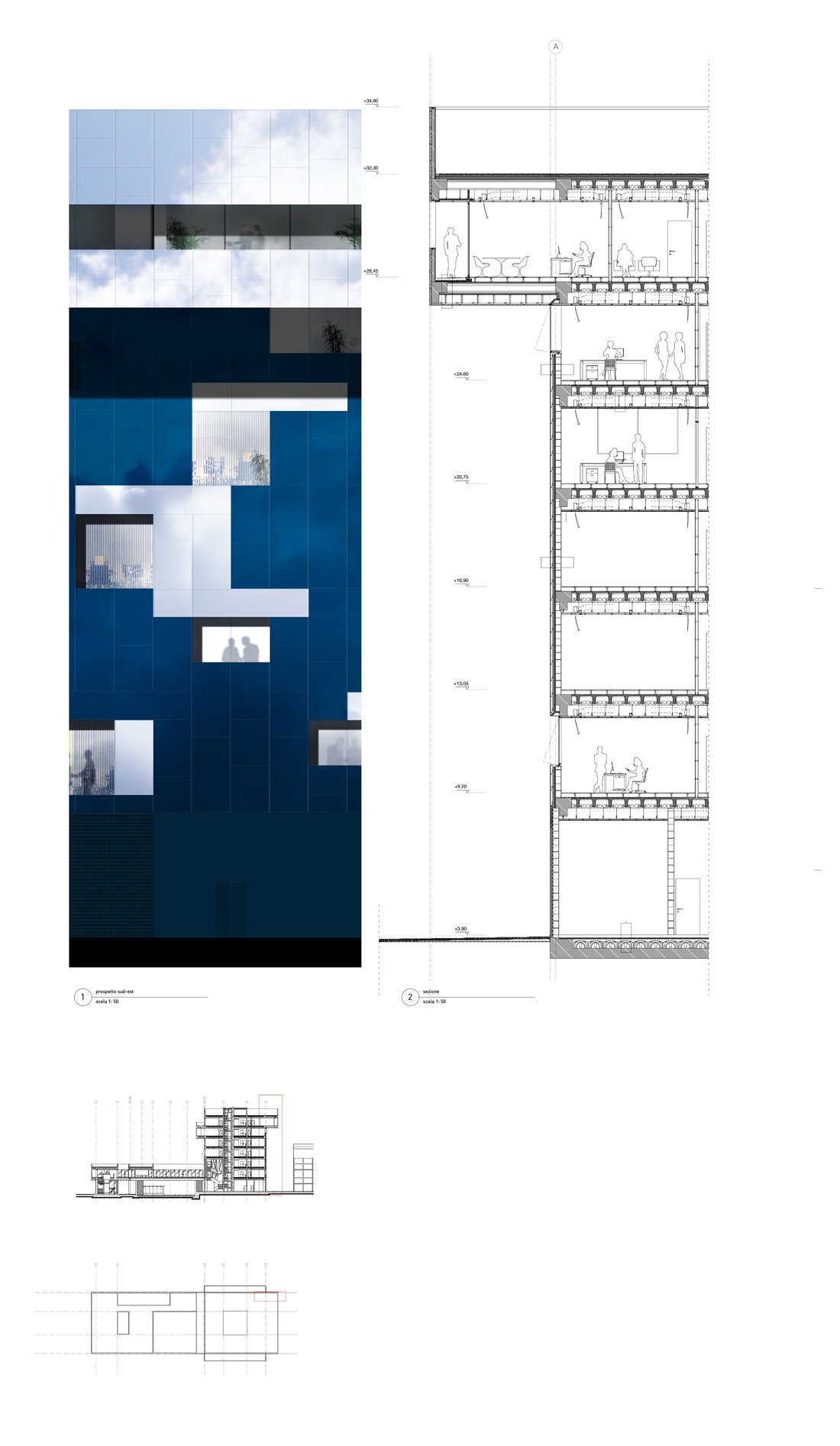 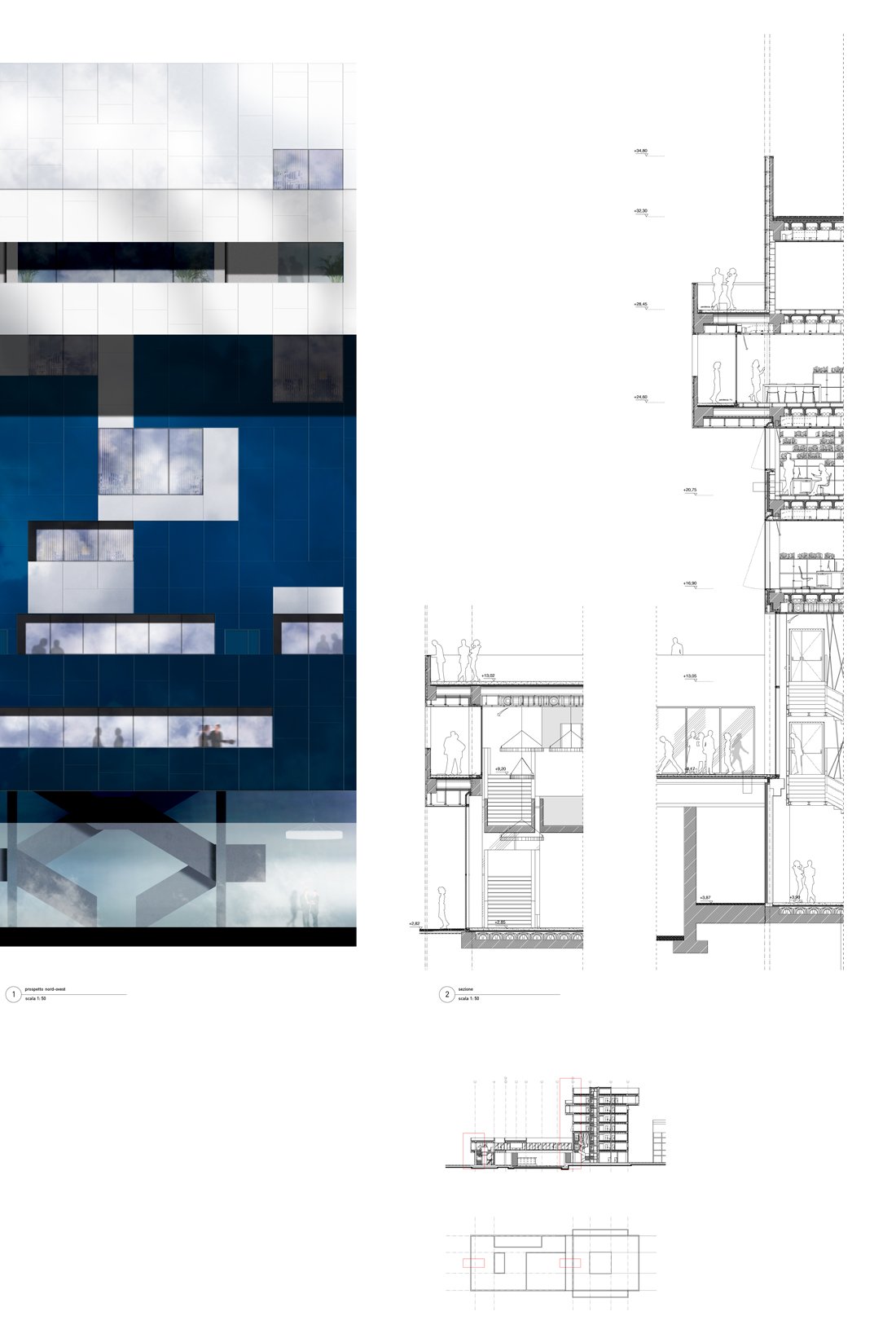 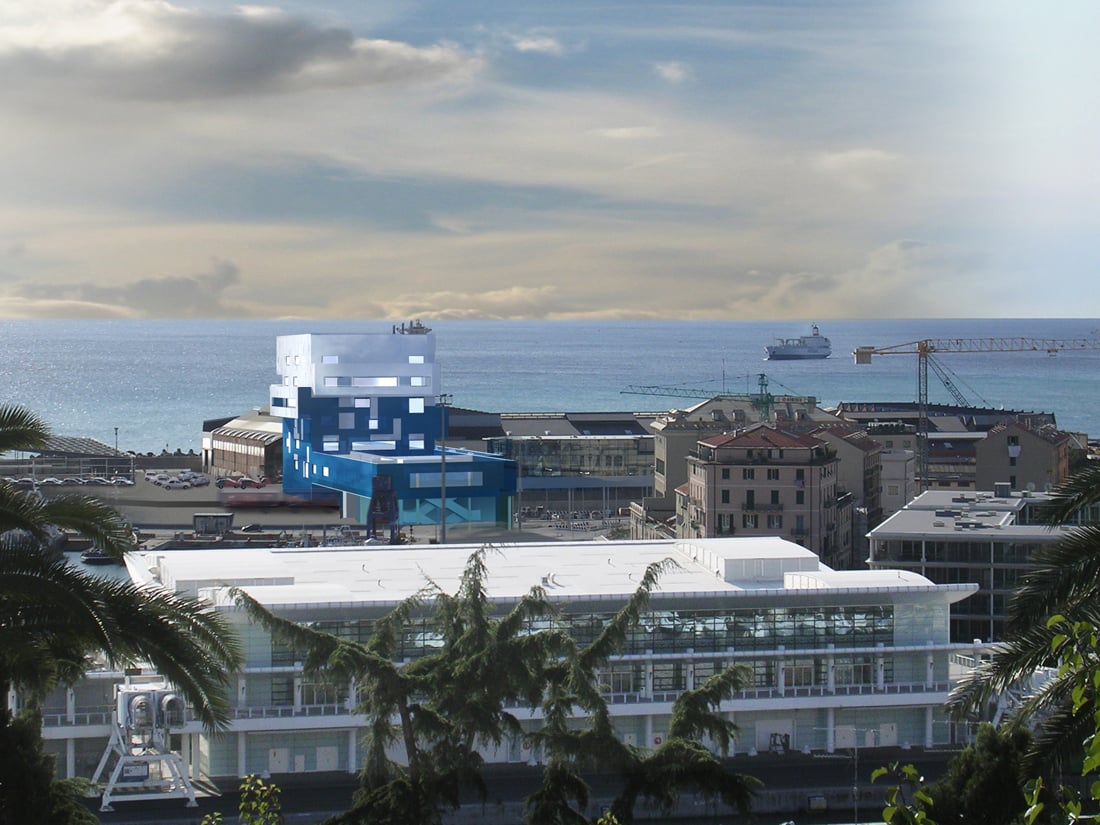 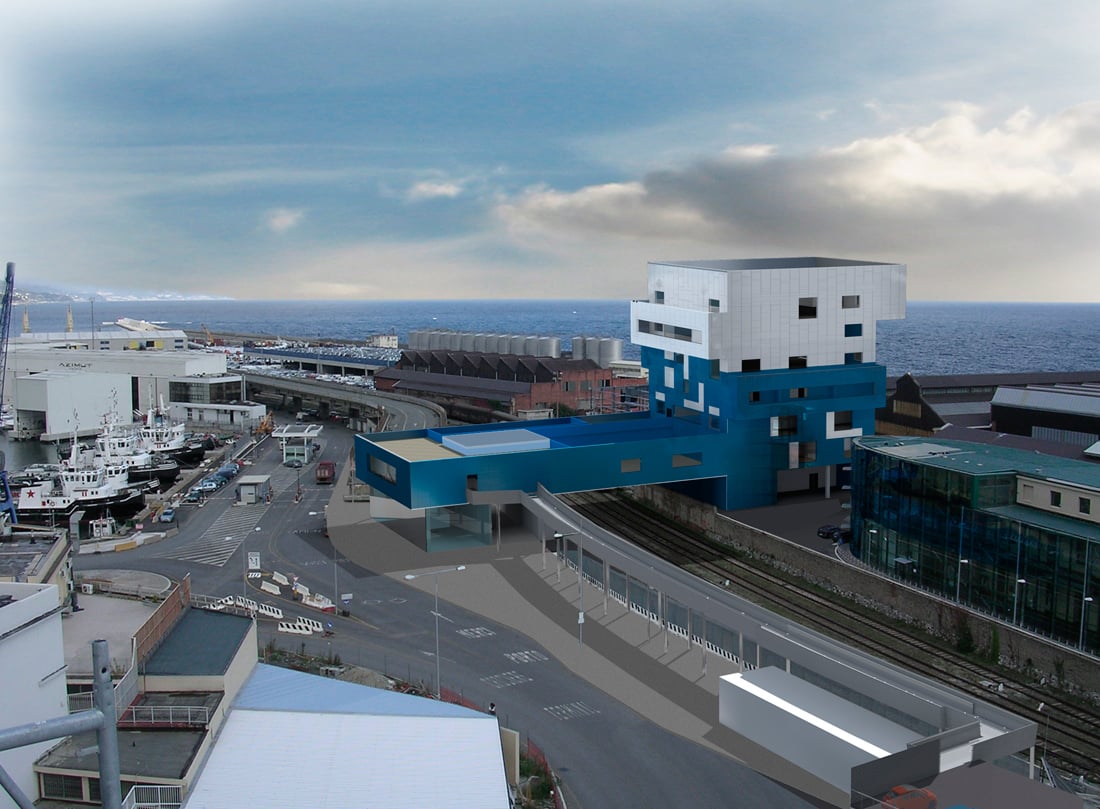 Alfonso Femia and Gianluca Peluffo founded 5+1 in 1995, and since then they have been dealing with design in its different thematic and functional declinations carrying out several projects in Italy, France and also extra european countries.
The idea that the city builds itself through strategic visions capable of bringing together territory and city, leads the studio to the development of several strategic master plans including the one with which Milan won the "Expo 2015".
The studio, that became 5+1AA agenzia di architettura in 2005, is based on a interdisciplinary relationship that develops itself between the studios of Genoa, Milan and Paris, creating a triangle between cities, cultures and confrontation.
They won numerous national and international prizes during the years, including the “Leone d’Argento” at the Venice Biennale for the new Cinema Palace in Venice and the title of “Benemerito” from the Culture and Art School of the Ministry of Heritage and Culture.