‘AMALGAMATION OF STYLES’
AREA : 14,000 SQ.FT.
CONTEXT:
A family run firm been in the industry for over two decades was now changing hands from the ‘Father’ to the ‘Son’. Carrying forward the firm values the new head wanted a modern work space that reflects the current directions of the organization.
LOCATION:
Located in a busy & congested area of Mumbai – Fort, the building is a heritage structure surrounded by likewise structures on three sides. The adjoining structures being less than 5 feet apart from one another. The internal spaces lacked light which resulted in a less motivated atmosphere for its employees.
CONCEPT:
The Concept revolves around amalgamation of styles i.e. ‘Heritage’ with the ‘Modern’ (merging of the two generations of the company hierarchy).
STRUCTURAL CHANGES – VOIDS & SKY LIGHT:
The colonial look of the structure was restored. Wooden louvers were added in the façade design to enhance the fenestration.
Keeping the external skin intact, the internal structure was broken down to create a work environment that was stimulating & inspiring to work and where interaction & collaboration were valued.
Sandwiched between other buildings, sky lights & voids were introduced in various areas to bring in nature, daylight & better visual connect.
A cut out in the first floor slab was created for a double height entrance space. This not only flushed in ample day light but also created a ‘Sense of arrival’ for its visitors. The blend of the heritage with the modern is seen in the reception with the play of light & shadow, adding an interesting visual dimension to the space.
Another void created in the staircase shaft is partially filled with an interconnecting art form which enhances the visual connect within floors.
The interior scheme chosen was young, energetic and artistic. Bold colours such as blue, red, orange, yellows fill the interior spaces with an atmosphere filled with liveliness.
An important architectural element from the façade of the structure – the colonial arches has been used inside the board room to strike a feeling of old with new. It shows how the very two styles of design have been amalgamated, along with the essence of art being carried through.
A sky light along with a courtyard was planned on the top floor to flush the interiors with a soft glow of natural light. An open to sky court yard helps to seamlessly connect the indoor with the outdoors keeping the environment fresh for its inhabitants.
An additional floor was a requirement which was made as a glass enclosure so that it does not interfere with the overall essence of the existing architecture. This houses the lounge area which opens out to the terrace. This place is a breakout zone for its employees and an entertainment area for the company’s clients.
ART:
The Clients passion for art combined with ours made ‘ART’ an integral part of our design. A mural designed at the entrance integrates the double volume space. The design is a derivation from the Company’s co-business. Along with a world map in metal placed besides the reception showcases the client’s global network and presence.
The ‘Virtual tree’ artwork runs through the staircase, depicting continuity and symbolizing ‘Growth & Binding’ where as the Mural on the 4th floor denotes the mission of the Company: Emerging – Stabilizing - Reaching for the sky
Over all the design is a perfect amalgamation of heritage with the modern with an infusion of art making it a refreshing space for its employees. 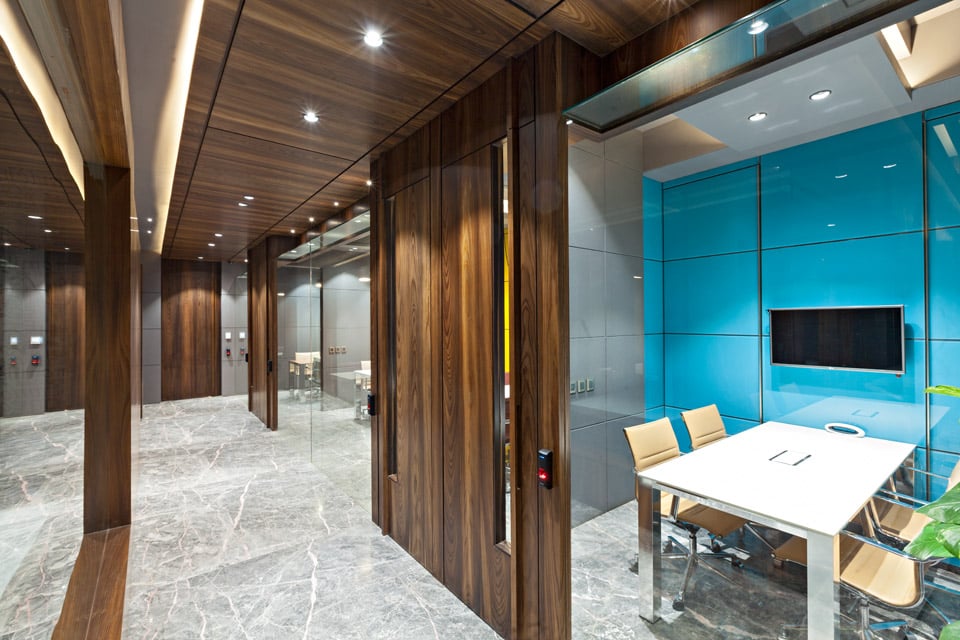 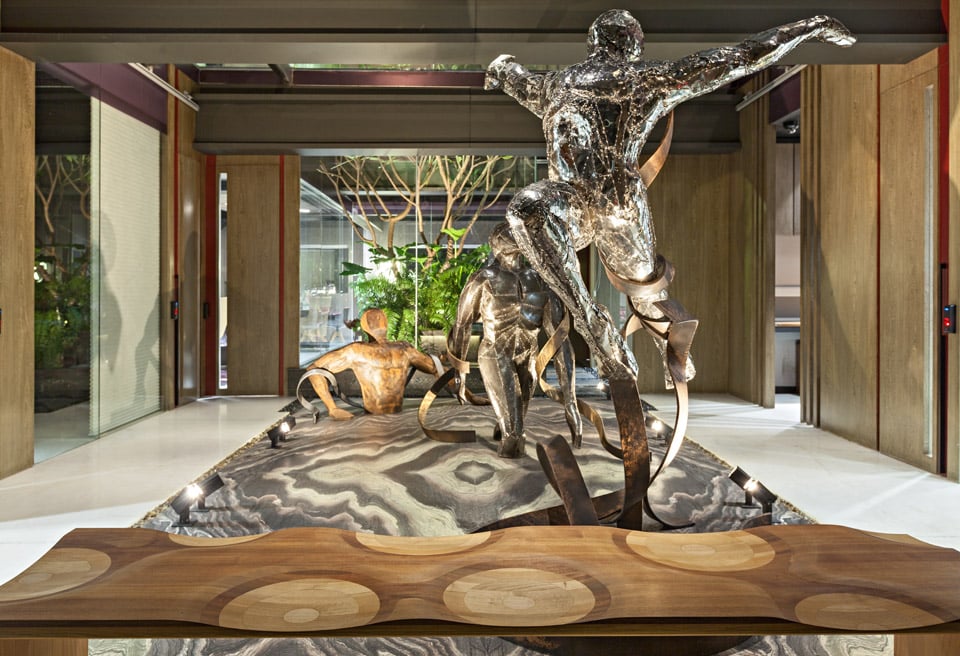