Church of St. Ilija and Vinko is a complex dating from 11th century when a small Romanesque church was built, approximately 6 by 12 meters in plan. By it, in the end of 14th century a larger Gothic church was built, leaning on the northern wall of the small church. Later, the smaller church was destroyed.
In 18th century the new Baroque town church was made and old Gothic was turned into a military warehouse, and after that became a private property.
In the seventies of the last century, during archeological survey, Romanesque foundations were discovered. Soon, recostruction and adaptation project was made, but totally rejecting the newer layers, leaving only medieval ones.
Our mission was to validate the existing building, and through new design preserve and promote valuable past elements, as well as give new life using contemporary architectural elements.

1. GROUND FLOOR- multifunctional space for cultural and subcultural scene of the town

2. 1st AND 2nd FLOOR- town museum with permanent exhibition (medieval life of the town), together with history of the location

Idea was to avoid direct contact of the old and the new building, in order to preserve the remaining gothic layer of future aggression, and to leave it as it is.

Old in new, new in the old- In the old, ground level contemporary content will be placed, and in the upper new volume- museum.
Ground floor is covered in glass from the inside, to create barrier towards the walls but make them visible.
Hologram projections on the walls explain the construction layers.
The upper volume is simple cude, archetype. Steel construction covered in glass, designed so simple not to compete with historical structure. The cube glows in the night, serving as a light and as a landmark.

Concrete basement is to be made while the old roof is still in function.
Later, it serves as a concrete foundation of a steel structure which is inset with a help of a crane. Also, the construction can be removed in the future, in case of a different function of a building.
The aim of intervention was to validate each historical laye, to intervene in a way that is light and respectful.

Geometric base of a gothic rosette as a basic constructive element. 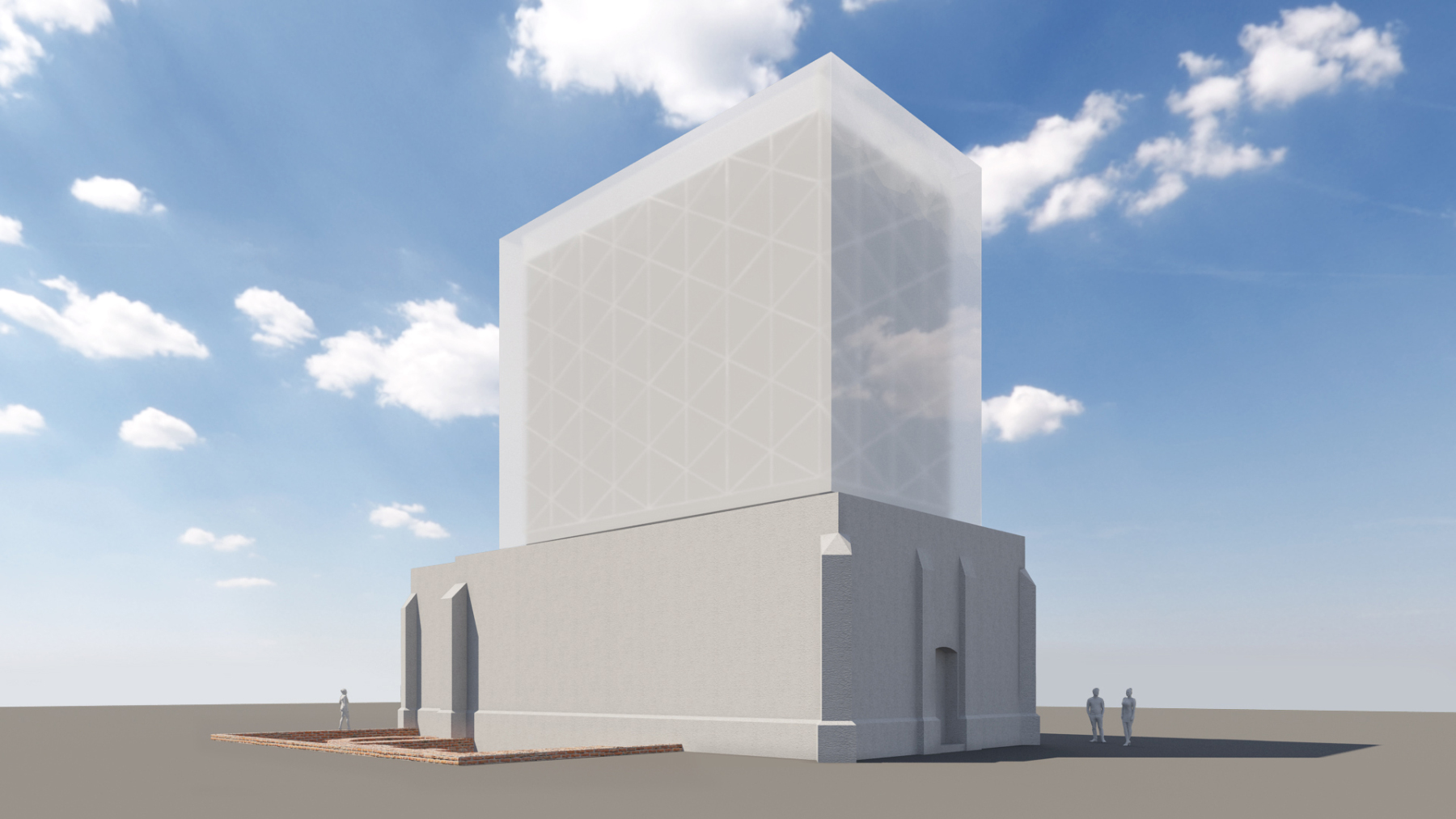