Inspired by the shapes of a tent, the building blends into the natural shape of its site and the white of the snow Located in the province of Heilongjiang in eastern China, the town of Yabuli is a popular ski resort. With 22 miles (35 km) of slopes and eleven lifts, it’s the country’s biggest center for winter sports.

The surrounding mountains, which reach over 3240 feet (1000 m) in height, are gentle and rounded, without large peaks or valleys, but soft, gentle slopes. Built on the slopes of these mountains, the Yabuli Entrepreneurs’ Congress Center, designed by MAD Architects, has recently been completed.

Already known internationally for its hallmark parametric architectural style, marked by interplays of soft lines and organic shapes, and underscored by modulating opaque white surfaces and transparent windows, the studio has created a project with an eloquent, precise structure that reflects the topography of the landscape. The undulating lines of the roof, covered in white aluminum panels, recall the skyline of snow-capped mountains, while the texture of the panels themselves recalls new-fallen snow.

>>> Discover the Pila gondola with a base station shaped like an edelweiss.

A tent in the snow, a fire to shelter from the cold The congress center, with 172,200 square feet (16,000 m2) of floorspace, was designed to host the annual event held by the CEF (China Entrepreneurs Forum) as well as to house the Museum of Chinese Entrepreneurs. Inside are a library, exhibition rooms, conference rooms, and multifunction classrooms.

MAD Architects were inspired by images of a tent and a bonfire for the design. From outside, the building even looks like a large white tent that embraces the landscape, its edges blurring with the surrounding snow. At night, light filters through the large windows of the façade and rooflight, creating the appearance of a giant fire that attracts visitors in from the cold. In addition, the roof projects up to 65 feet (20 m) out from the façade, offering shelter from the elements and emphasizing the idea of a hug.

>>> Read about the Clover House nursery in Japan, also designed by MAD Architects.

Architecture and landscape: an eternal partnership The architecture interacts with the landscape, following the lines of its naturally sloping site and set back into the hill at the lower level, where there’s a parking lot, plant rooms, and a conference room.

There are entrances on several levels, making it possible to enter the building from different points on the hill. The main entrance is at ground level on the eastern side, while a secondary entrance is to the west and two floors above.

When they enter, visitors are inundated with light from the rooflight, a large oval opening that acts as the backbone of the composition and whose supporting structure recalls the shape of vertebrae. Every curve and every shape in the lobby is finished with wood, creating an extraordinary visual effect. The contrast between the warmth of the interior and the cold white of the exterior is also striking. The lobby can also be used as a space for temporary exhibitions and events. With this in mind, a great deal of attention was given to its acoustic design, which led to the architects opting for micro-perforated wood panels.

The main conference room is entirely free of supporting columns. The large LED screen that acts as a backdrop can be opened to reveal windows that overlook the surrounding landscape. 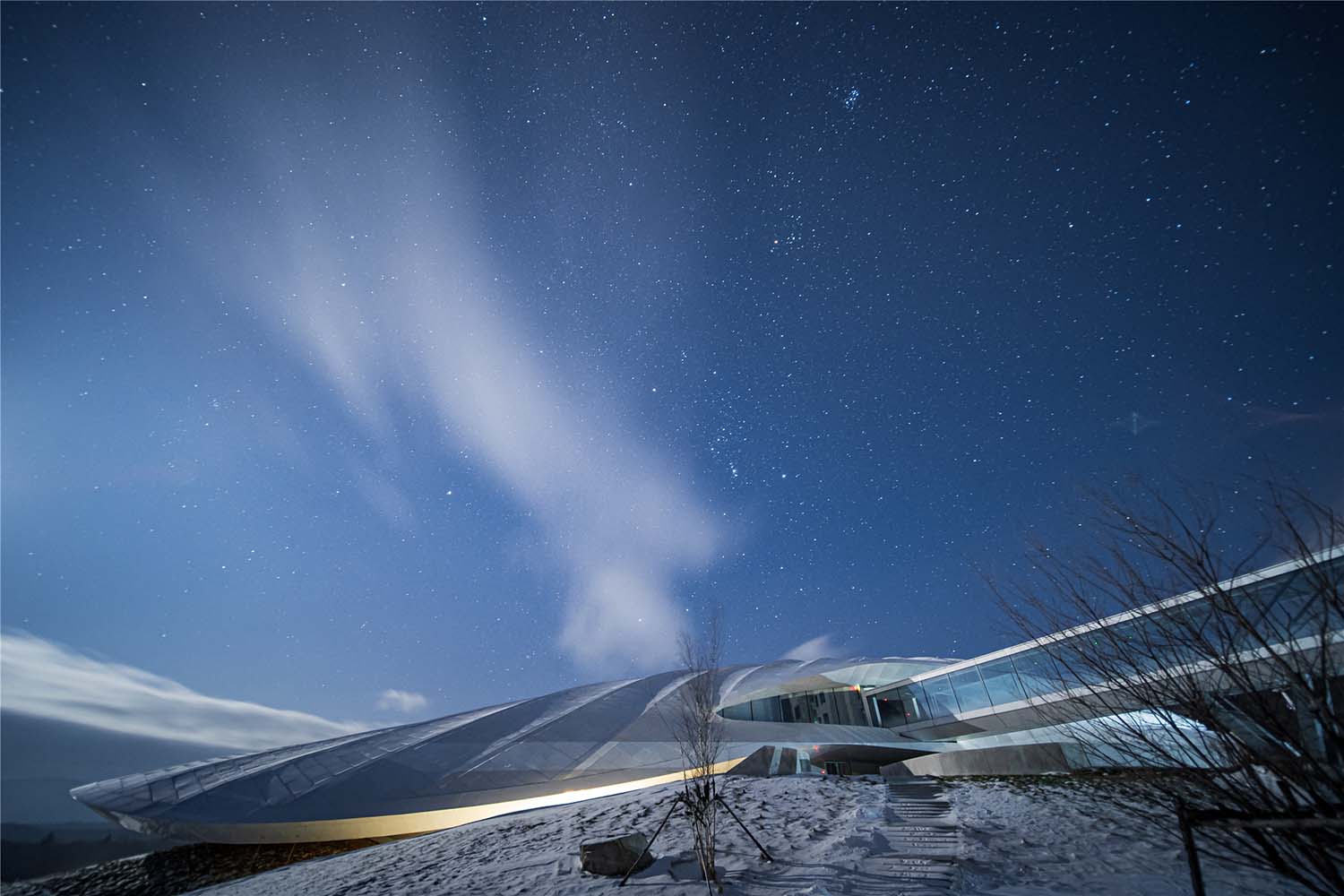 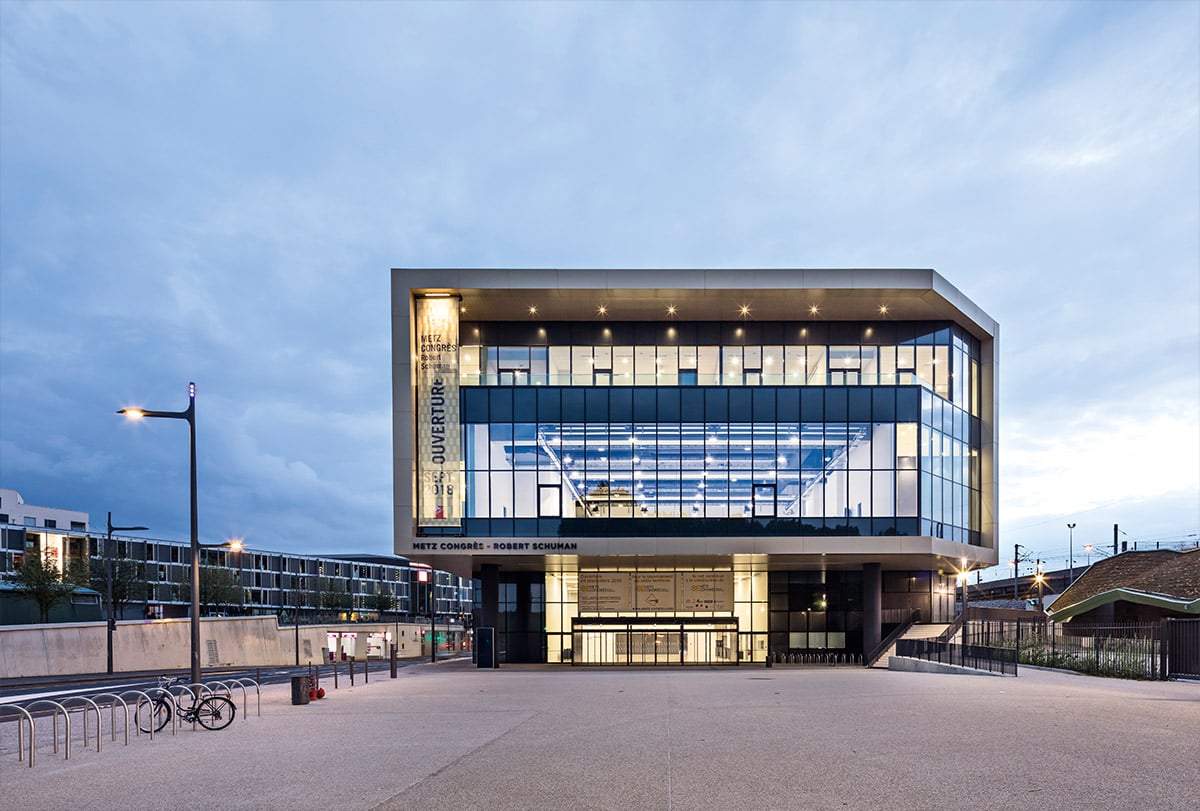 The Robert Schuman Conference Centre by Wilmotte & Associés has an ambitious functional program articulated in a striking architectural project desig...