The new campus of the Catholic University in Cremona: a separate but permeable microcosm

Technology, research, and the charm of Italy in the former Monastery of Santa Monica Designed by Lamberto Rossi Associati, the new campus of the Sacro Cuore Catholic University of Cremona is a city within a city that, by embodying the values and symbols of past and present, looks forward into the future of university research and beyond. Occupying the former Santa Monica monastery, the project is truly an interweaving of innovation and avant-garde design, but also of pictorial and architectural traditions and values, all for the benefit of students, researchers, and teachers open to the world.

In the Middle Ages, monasteries helped drive the cultural and civil rebirth of the European peoples. The new campus can therefore be seen as a symbol of a commitment to new generations, leaving them a heritage on which to base the social and civil rebirth of the country. “The future of our society,” comments the rector, Franco Anelli, “is interwoven with the education sector.” And this is where the microcosm of the campus comes into play. Simultaneously separate and permeable, it combines the former monastery, the church, the cloister, and a warehouse, as well as large outdoor spaces, groves, and parks.

The former monastery and cloister Built around the year 1000 and converted in the 19th century to barracks, which were later abandoned, the monastery of Santa Monica is located in the northwest of Cremona, an area that was once the site of several other Benedictine monasteries built along the city walls. And the area still retains from the past that sense of discontinuity from the surrounding city typical of similar large structures, such as barracks, hospitals, and monasteries. And the restoration of the monastery and the entire complex was intended to preserve that historical, bubble-like identity, while simultaneously creating an avant-garde facility that’s very much in step with today. The project also exemplifies the possibility of redesigning a city – or a part of it – without additional land consumption.

Through a reinterpretation of the structural hierarchies of the former monastery, administrative offices, teaching spaces (including workshops and study areas), the library, and the main hall, are located along the sides of the complex. The northwestern section of the structure houses computer rooms that overlook a garden and adjoin research labs. On the opposite side from there, in line with the monastery’s northern façade, is the cafeteria, which in turn opens onto a gently sloping lawn. This space is distinguished by the contrast between its white walls and exposed wooden ceiling, creating a space that’s filled with natural light from the windows. Outside, five rows of benches follow the slope of the site, their style balanced with those in front of the labs. The large cloister is also the heart of master course teaching, with all the common facilities on the ground floor gravitating towards it.

The church, originally comprising a nave with two lower side aisles and cross vaults, was the part of the complex that underwent the most change during the 19th century. In fact, a mezzanine floor was added in the nave, which resulted in huge changes to the perception of the space and its decorations, the frescoed ceilings in particular. The restoration – a stratigraphic reading of the different periods of history and the alterations – uncovered vaults frescoed by De Longe in the late 17th century and saw part of the mezzanine floor removed. The last part of the campus is the Carri warehouse, a building dating from the late 19th century constructed for military purposes. It comprises a sequence of 25 bays in three rows. Basic teaching is performed in its fourteen classrooms, including one IT classroom on the first floor, covering a total area of around 32 thousand square feet (3000 m2). Again here, the layout, the exterior walls with their original windows and doors, and the brick and wooden structures of the roof have been restored following an approach marked by minimal alterations to retain maximum recognizability. The project here therefore only includes two decidedly innovative elements. The central aisle, a kind of mall, is divided from the classrooms along the aisles by glazed diaphragms, which encourage your gaze to continue through the building to the outside, as well as a panoramic elevator. There is also a staircase, whose design reflects the existing jagged volume opposite.

The campus – built as part of an initiative of the Arvedi Buschini Foundation and that implements an agreement between the Lombardy Region, the Municipality and Province of Cremona, the Catholic University, and the Cariplo Foundation – is a meeting point between historical heritage and architectural innovation, but also between research, consolidated over the years and originating in the Faculty of Agricultural Sciences, and new academic pathways mapped out under a joint Cremona-Piacenza cultural project.

Returning to the symbolic values of the project, the campus also reflects ties and collaboration with the local area, industries, and institutions in such a way that the knowledge acquired within the campus itself can spread outwards into the city. Photos by: Lamberto Rossi Associati, courtesy of the architects 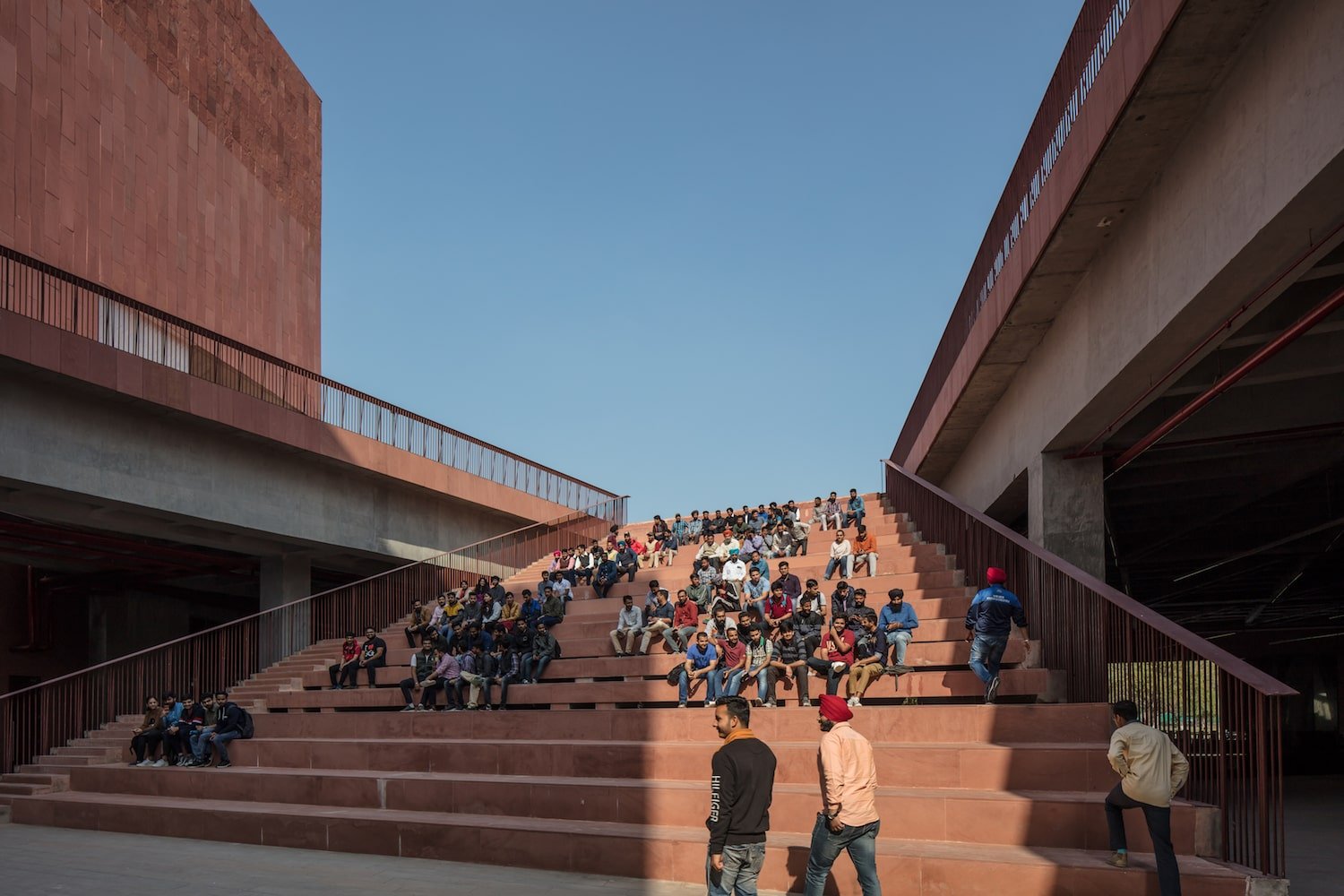 The former General Ettore Perrone Barrack in Novara is an important structure and site in the city, situated in a prominent position between the old t...

The FTA Practice is designing the Humanitas university campus next to the Parco Agricolo Sud Milano, re-evoking the settlement ethos of old Lombard-st...