Riviera 107: a building that reaches out towards the Abruzzo coast Riviera 107, a residential building designed by Giovanni Vaccarini on the Pescara seafront, is a kind of urban trabocco, the traditional wooden fishing platforms that dot the Abruzzo coast. The building has an irregular façade, with each level set back a different distance from the street front, creating a system of large cantilevered balconies. The east-facing façade, which is fully glazed, has been conceived as an open section that visually connects the interior spaces with the Adriatic coast. This idea, the result of Vaccarini’s many years of investigating surface depth, is the interpretive key the architect used to reimagine the typical design of Adriatic apartment buildings, reinterpreting the relationship between the interiors, the landscape, and the public space.

“The building reflects the profound changes that have taken place in the city. It’s not an apartment ‘block,’ since it’s not that big and doesn’t have that urban role. It’s also not a single- or two-family house. It’s a hybrid, a distortion of the established relationship between building type and this historic city’s typical urban morphology.” – Giovanni Vaccarini

Pescara: an American city in Italy Riviera 107 is a residential project conceived as urban regeneration: “a piece of the widespread conurbation of the Adriatic coast,” to quote Vaccarini. The architect defines Pescara as “an American city in Italy,” referencing Guido Piovene’s description of the capital, in his book Journey to Italy, as a linear city, born from the confluence of the people of Abruzzo as they moved to the coast in search of work and better living conditions, to make their “American dream” come true. In a short space of time (the city is relatively young, founded less than a hundred years ago), Pescara has become the financial capital of the region and of the Middle Adriatic basin. The tumultuous growth that the city experienced after the war is, however, reflected in the irregular makeup of its urban fabric, with Art Nouveau and neoclassical-inspired buildings flanked by large multi-story buildings and small apartment buildings.

>>> Discover Lomellina House, a residential complex in Turin conceived as a stilt house

Riviera 107: a building organized by functions Vaccarini began the design with the basic model of an apartment house – an isolated volume in which a central circulation block serves two or more apartments per floor – but strengthened the relationship with the public space and organized circulation in terms of functions. The building has seven aboveground floors, a basement carpark, and thirteen apartments. The street entrance establishes a dialogue with its surroundings by means of a semi-public space defined by two walls at right angles created by stepping back a portion of the façade, as if the sidewalk has expanded to inside the building, and vice versa. Apart from one ground level apartment with a private garden, the units are on the upper floors, with two on each level. The organization by function involves locating the living room at the front of each apartment – that is, the area overlooking the street and sea. Behind it are the bathroom, kitchen, and laundry, while behind them are the bedrooms and offices. As you move through the building, you pass from more public areas, which extend to the balconies, to more private ones. The soffits of the balconies, designed as open-air rooms, have perforated brass cladding that extends outwards beyond the balcony itself, contributing to the urban scene.

Environmental sustainability as a key principle Topped by a green roof, the residential building at 107 Viale della Riviera, Pescara, was designed to the principles of bio-architecture and eco-compatibility. The building was constructed using FSC-certified wood, and life-cycle assessed materials and finishes that are recyclable, renewable, and, wherever possible, locally sourced. The building envelope was also designed according to different criteria depending on the exposure of each side. The southern and northern walls – the first more subject to the heat of the summer sun and the second to cold winter winds – have smaller window openings. The eastern façade, which faces the street, is fully glazed and protected from direct sunlight by the cantilevered balconies. Finally, the western elevation has full-height windows and five-foot eaves, making it permeable to the weaker afternoon sun. As regards services, a zero CO2 emissions power plant is used in conjunction with a high-efficiency heat pump. Controlled mechanical ventilation ensures the exchange of air in all areas, while an integrated water management system reclaims and recycles water. Finally, a photovoltaic system is installed on the roof.

>>> You have until May 31 to register for THE PLAN Award 2022, an annual international award for excellence in architecture, interior design, and urban planning with 20 categories, including HOUSING, dedicated to apartment blocks and public housing 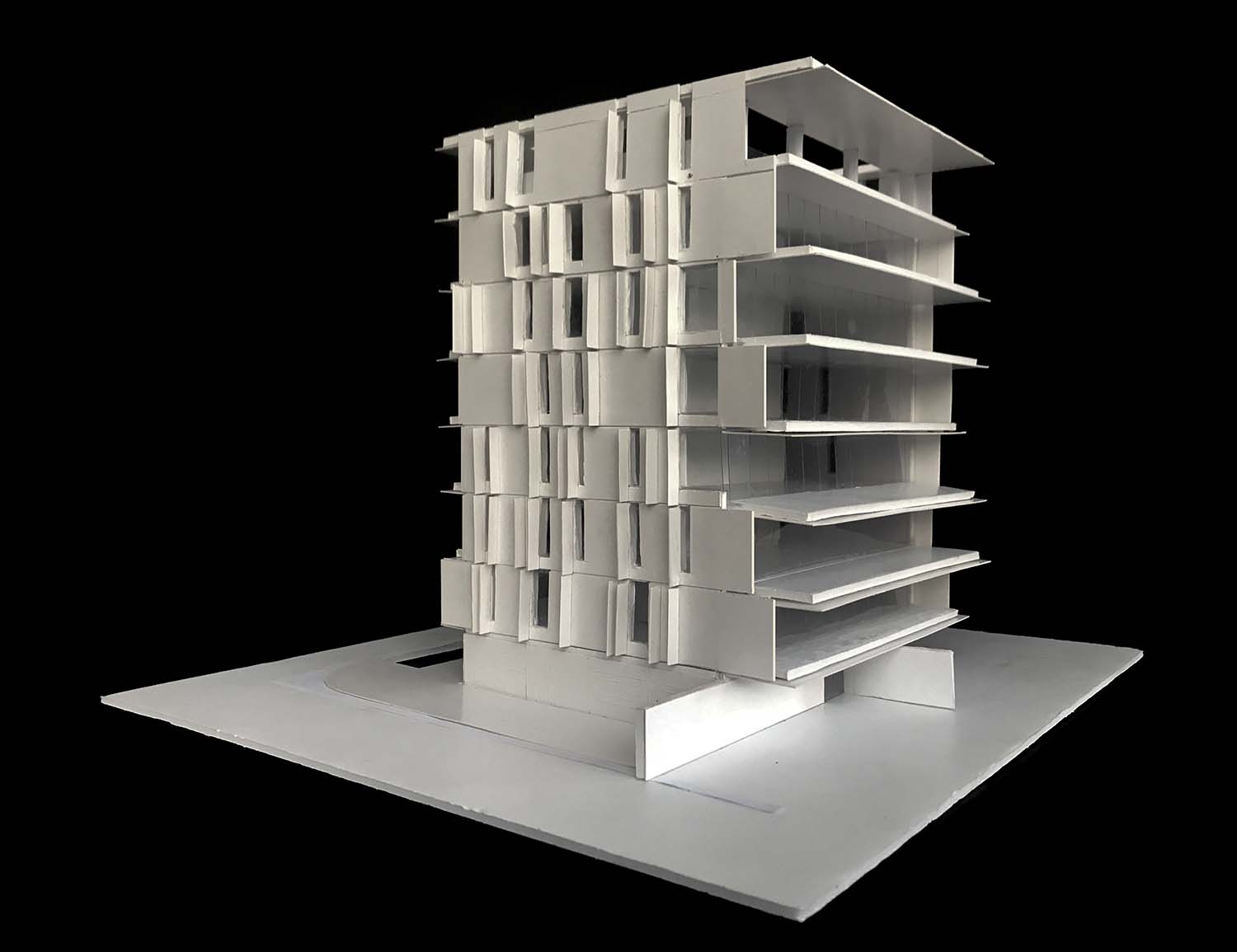 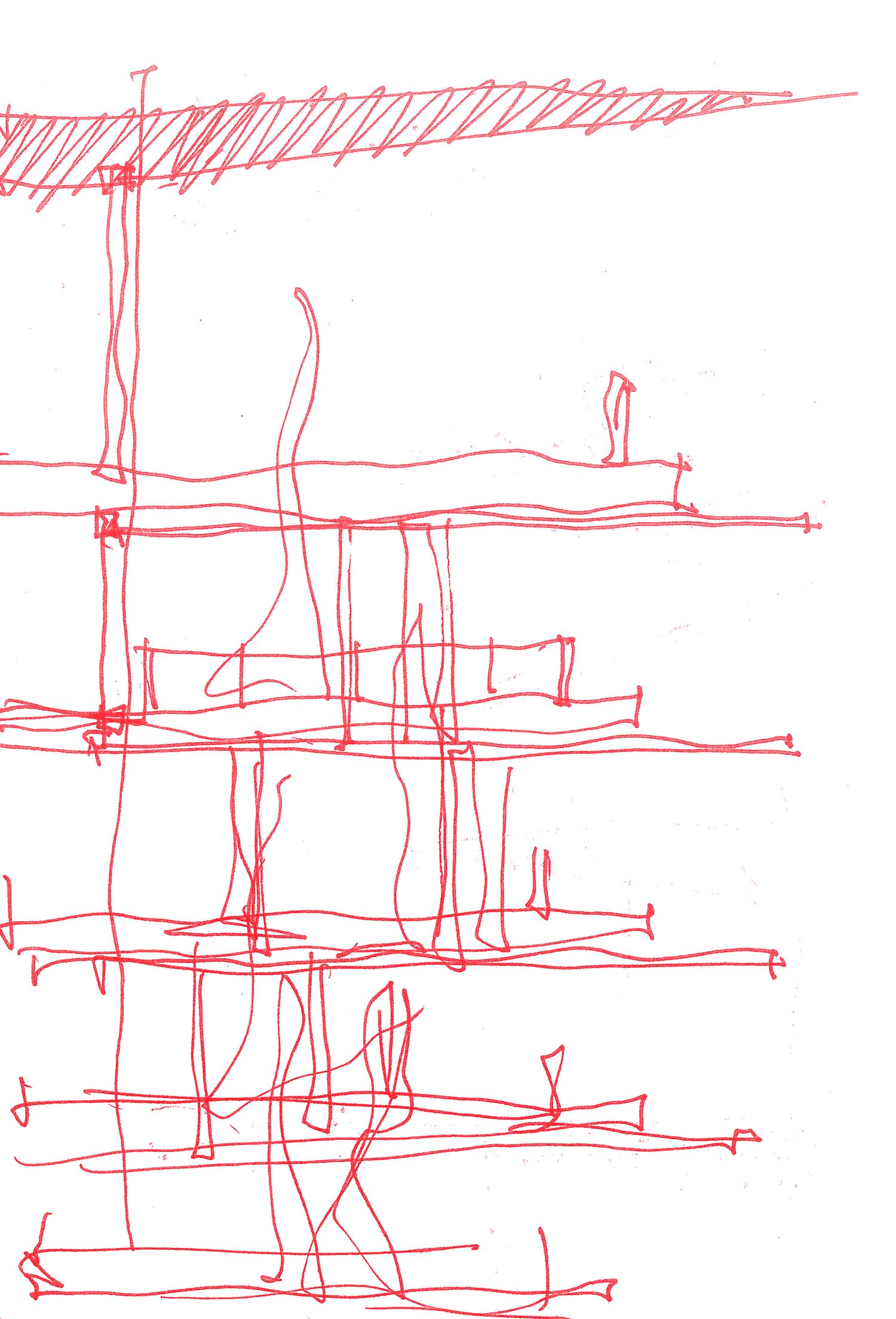