Originally established in the 18th century, this chemist's shop has a long-standing tradition of providing healthcare and other preparations.  The design seeks a balance between the historical hall and the modern pharmacy rooms, where various services are offered, including consulting, basic tests, herbal and homeopathic medicine and even some other clinical services.
The intention is deliberately to place the historical premises - a living museum providing a real opportunity to study and delve into the past - right next to the modern sections. Such coexistence is necessary and eloquent.  The original hall faces onto the street, occupying the central section of the façade, while the doors for the chemist's and homoeopathy/herbal medicine sections are on the far ends. At the same time, the historical site - the privileged space where memory is preserved - lends itself both to a quick drop-in or rather a rather longer visit. The design unequivocally establishes a correlation between the square original hall and the modern pharmacy, with its open shelves and rounded, colourful counter. The striking differences between the settings and the clarity of the visual references are effectively an invitation to start a journey through history, comparing ancient traditions, science and practice, and creating a picture of a “crystallised” past. The cupboards, medicinal jars and materials - wood and ceramics - that define the historical room also combine with a feeling that "one needs to learn more". Thus, this "museum" becomes more than a mere preservation of memory, but a central point for the departure to the modern rooms, which are not only a chemist but also a space for numerous other medical services. Layout is used to make all the sections welcoming, blurring the boundaries to create the impression of openness rather than exalting the mystique and mystery of a traditional old pharmacy. The use of lighting and visual reference points clearly guide the customer through the sections, almost producing a diagram of all the different functions and connections. The new section also has spaces where healthcare advice can be offered, areas for medicinal and cosmetic preparations and the necessary functional sections, such as the technologically advanced storage area. The graphical design helps to make customers quickly aware of what each space is used for. The interior design is relatively sober, although colours are used on the counters to give a precise sense of direction. The design skilfully interacts with the original section, to form an overall space in which history is clearly present and - at the same time - produces a space for cultural and artistic or thematic events, in a welcoming, pleasant space.
Francesco Pagliari Diverserighestudio – Simone Gheduzzi Nicola Rimondi Gabriele Sorichetti architetti
Diverserighestudio works in the area of collective dwellings, with numerous completed projects and many in progress. It is active in both the public and private sectors, applying the principles of urban sociology, environmental sustainability, and landscape sustainability.
The firm won the 2007 International Prize for Sustainable Architecture, an honourable mention in the 2008 Premio Nazionale Aches, and the European U33 Award at the 2005 Parma Festival of Architecture. It was among the finalists in INARCH III (2008) and IV (2010) and among the winners of 2010’s 27 37 Rassegna Internazionale di Giovani Architetti Italiani.
In 2010, the Istituto dei Beni Culturali selected the residential buildings ‘casalogica’, ‘libeccio’, 'ostro + scirocco’ and ‘isolati liquidi’ for the E-R 2010, a list of quality contemporary architecture compiled by Italy’s Emilia-Romagna region. In 2011 ‘showroom planet’ was selected for sE-R, Emilia-Romagna’s sustainable architecture monitor.
The firm showcased its work at the Fifth Identità dell’Architettura Italiana conference (Florence, 2007), the Italian exhibitions La Casa Collettiva Italiana (Padua, 2008) and Equivivere per un’Architettura Sostenibile (Padua, 2010), at Biennale Rizoma (Pontedera, 2008), at the Italian Cultural Institute of Singapore (Singapore, 2009), the festival Think Town Terni (Terni, 2010) and at numerous solo and group lectures.
Diverserighestudio has exhibited at the Italian Pavilion of the London Festival of Architecture (London 2008), at the XII Mostra Internazionale di Architettura at the Venice Biennale (Venice 2010) and at Universal Exhibition in Shanghai (Shanghai 2010). It won the architecture section of the 2012 Top Ten New Italian Blood. The future of retail after the pandemic: from shopping to experience 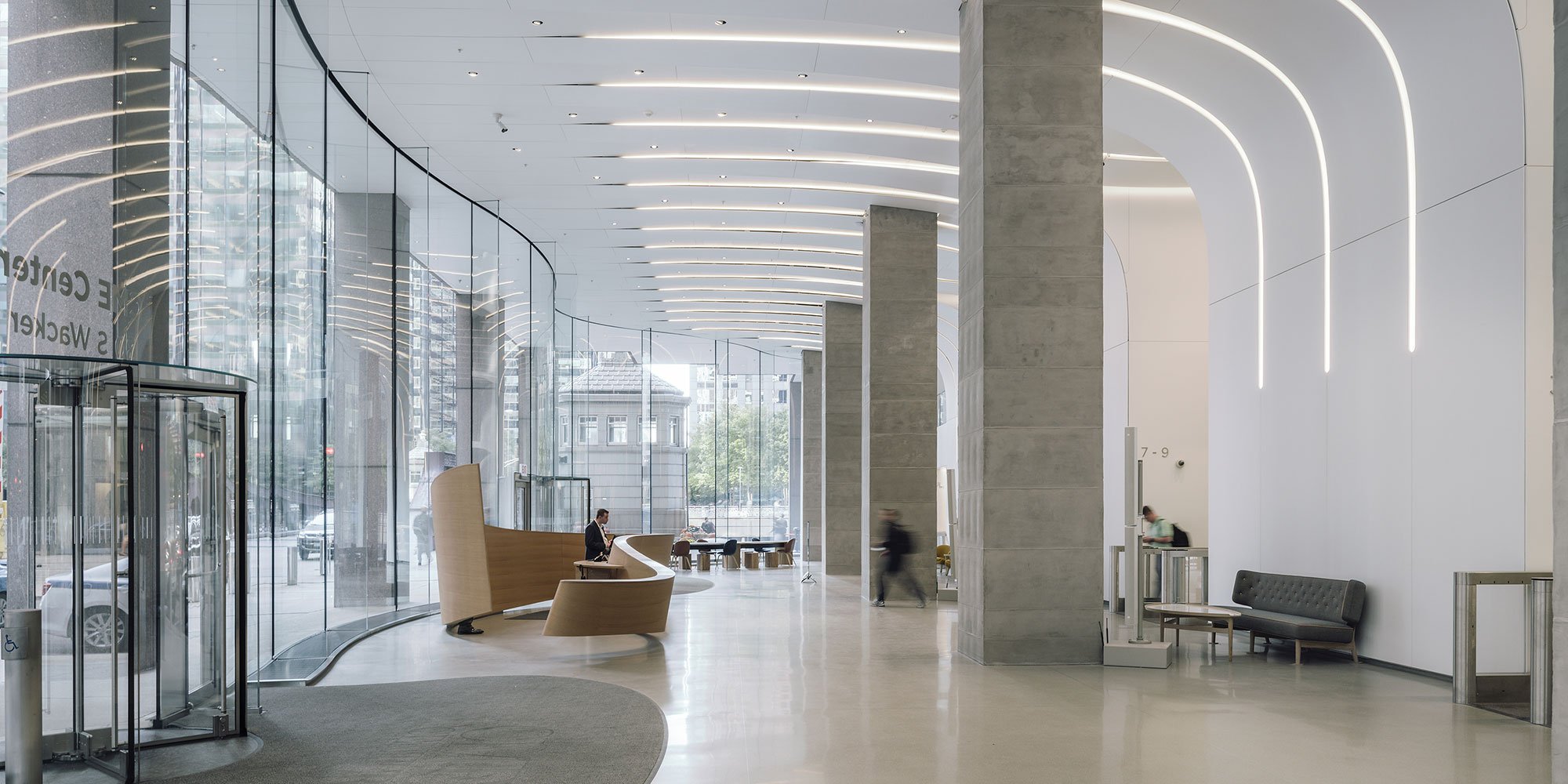 Manufactured by the Porcelanosa Group, Krion® is a mineral-based solid surface. The material was recently used to transform the lobby of one of the m...

The Guangzhou Circle Mansion is the Headquarter of HongDa XingYe Group and the venue of GDPE Guangdong Plastic Exchange, the world largest stock excha...