Atelier Pagnamenta Torriani (APT) is a New York–based international architecture firm established in 1992. Specializing in the design of cultural and educational buildings, it aims to redefine the boundaries between public and private buildings. The studio designed the Byblos University Library and Central Administration at the Lebanese American University (LAU).

The Lebanese city of Byblos – from the Greek biblíon (book) – is home to the Byblos University Library and Central Administration, a project that’s part of a broader plan by which the LAU intends to compete with major American universities around the world.

Partly through the use of cutting-edge technologies, the library sets out to improve communication between the city and the library, rewriting relationships between visitors, students, and education.

The skin is made up of layers of material so as to optimize shading, depending on the sun’s position, through its different orientations. Atelier Pagnamenta Torriani’s design strategy, which encompassed the entire library, was to maximize diffused daylight inside the buildings to aid reading and achieve energy efficiencies.

Transparent glazed curtain walls are divided by a concrete wall. Overlooking the amphitheater, this wall is carved with letters from the four alphabets historically used throughout the region – Phoenician, Greek, Latin, and Arabic – set within uniform frames. This pattern is repeated on the sunshading panels, both unifying and animating the curtain walls of both buildings.

The Byblos University Library and Central Administration is a prototypical 21st century library, in which cultural and social lives are brought together in the same building, encouraging exchange, communication, learning, and understanding, including between different cultures. 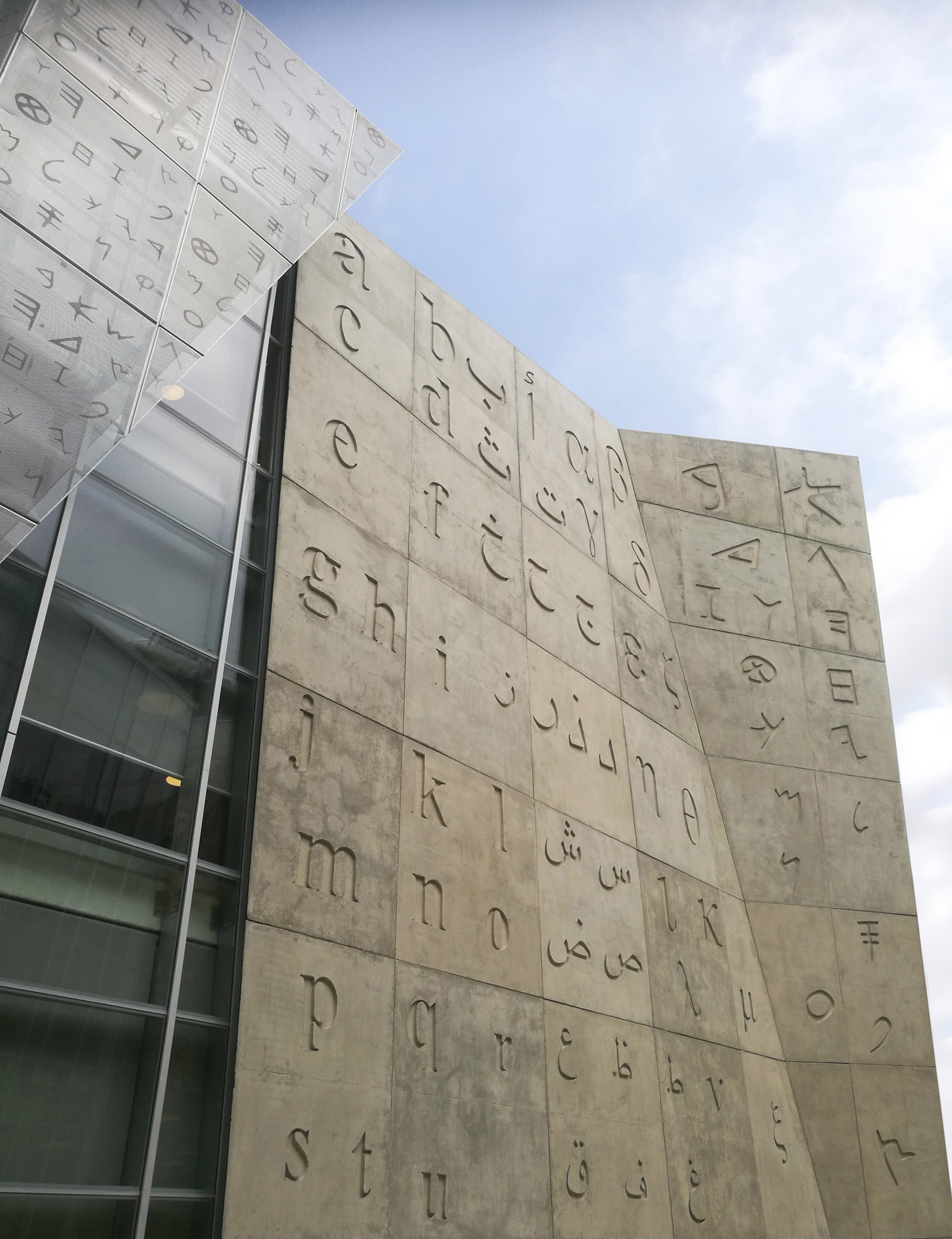 Short Characteristics of the Book First volume of a journey into international architecture, in order to interrogate the experimentations, the forms of the project that intertwine innovation, compositional, and building technique ... Read More