A new museum returns a dock area to a community 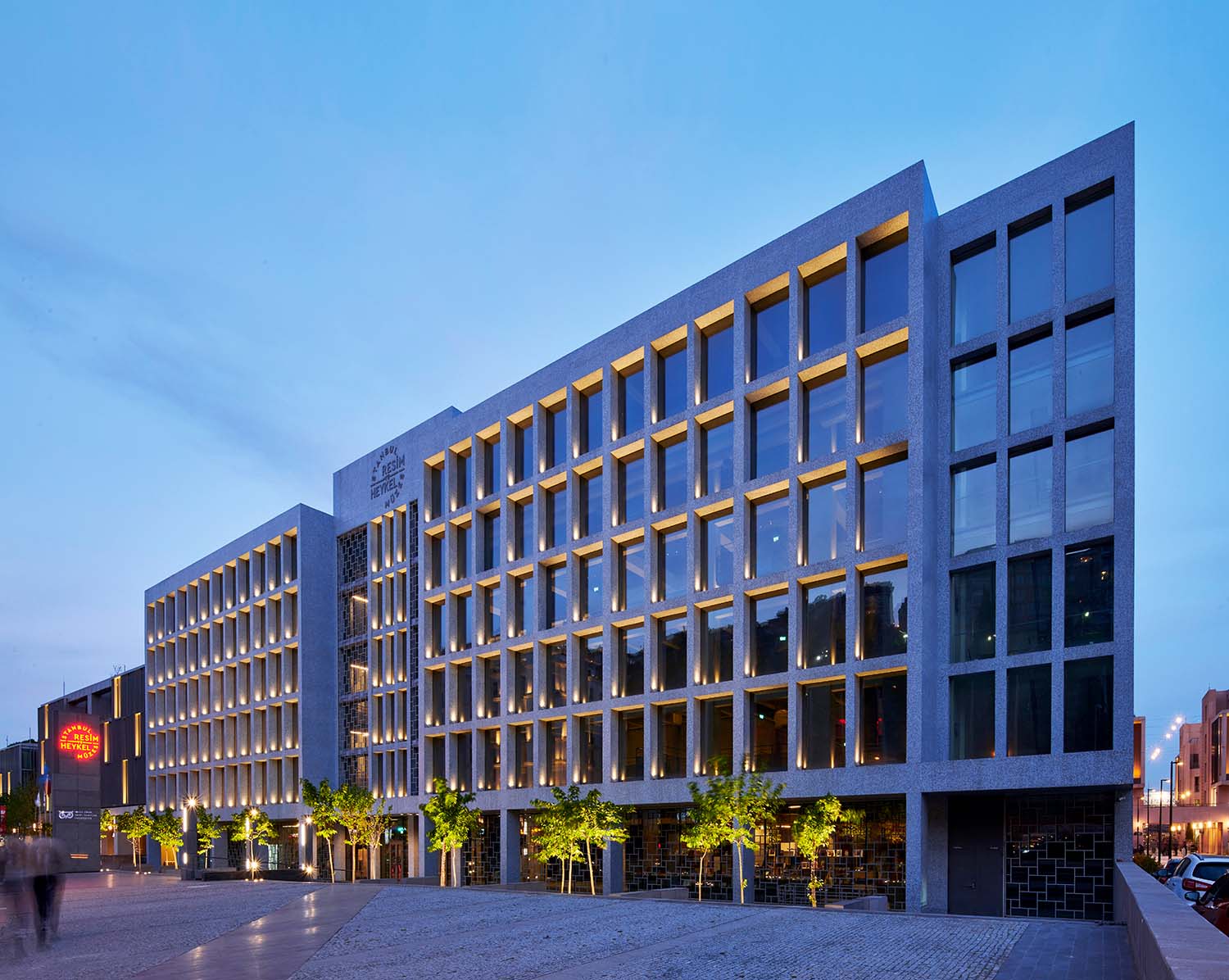 Istanbul Museum of Painting and Sculpture is a place to explore the history and culture of ancient Constantinople, an exhibition space that returns a long segregated area to the community of Istanbul, and a building with a strong personality created by façades punctuated by solids and voids. It offers a journey through modern and contemporary artworks, sculptures, and paintings by the greatest Turkish artists.

The Mimar Sinan Fine Arts University was given the job of overseeing the transformation of Antrepo 5 in the port of Karaköy into the Istanbul Museum of Painting and Sculpture. The architectural project was entrusted to EAA-Emre Arolat Architecture. Before its inaugration, the museum hosted 16th Istanbul Bienale between 14 Septepmber-10 November 2019. During that period, it was open temporarily. The museum was founded in 1937 to protect and exhibit the best and most important works of Turkish art from the late Ottoman to the modern period. Its new location will reinforce its role as a cultural reference point in the city. 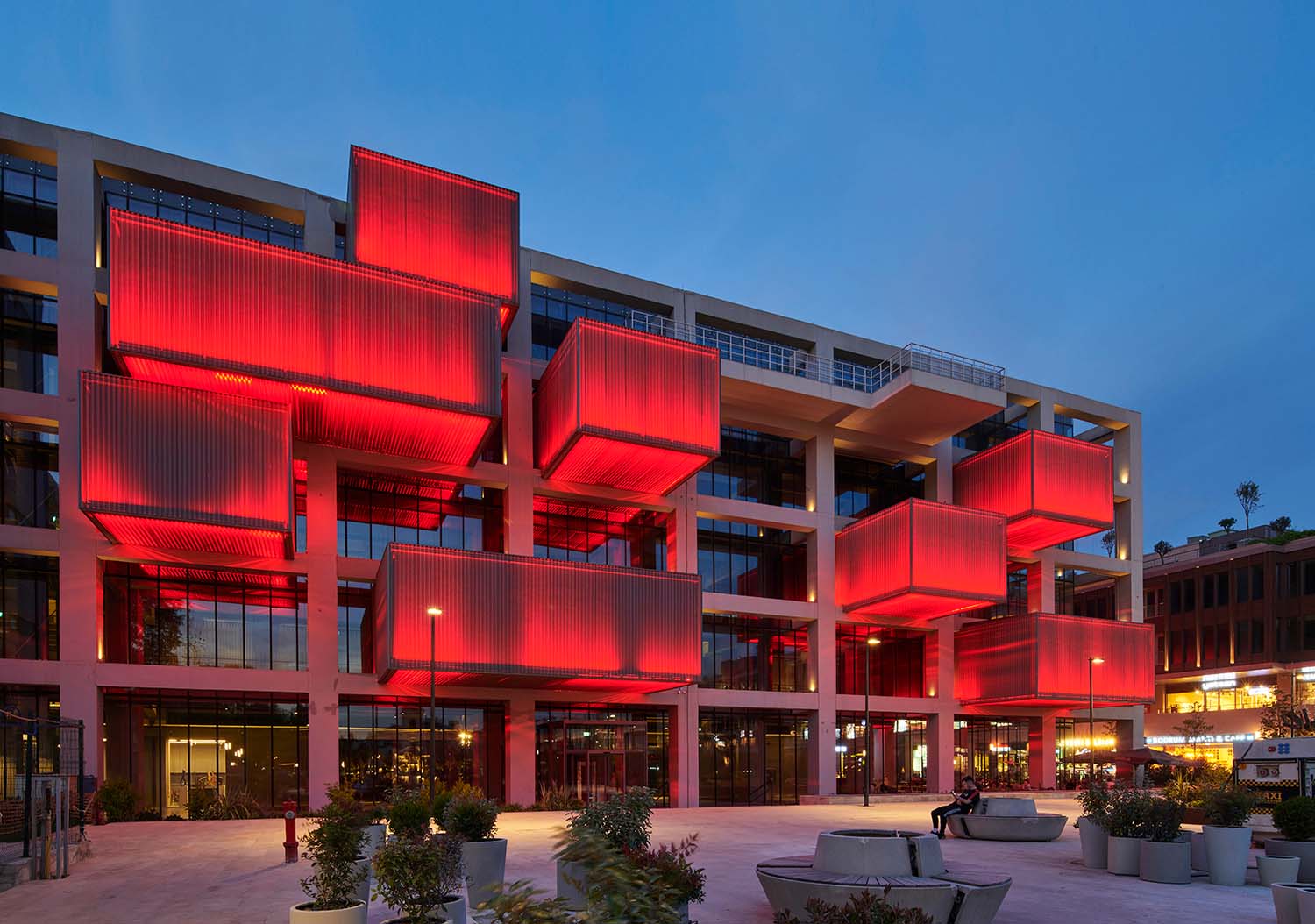 A fundamental part of the design research phase conducted by EAA was to study the physical, urban, and sociological characteristics of the site. This uncovered how it has been an important part of people’s visual memory of the area since the 1950s. The architects then worked to preserve this visual memory, upgrading the existing retail and office buildings in the surrounding areas and not just focusing on the identity of the area as a port and industrial site.

The most prominent element of the buildings in this area is their reinforced concrete rigid frames. Exposed on their façades, they create a repeating, regular geometry. This grid can be traced back to the traditional “carcass” system – that is, the frame structure that’s the base constructive element of Turkish architecture. To create the new museum galleries, the architects removed the original walls and floor slabs to produce a series of “containers” linked by a network of new ramps and bridges that break up the geometric regularity with an interplay of volumes. The galleries, some of them connected and others isolated, have created a new environment in which solids and voids intermingle to offer new perspectives and a unique relationship between new and old.

Volumetric complexity and relationship with surroundings According to the curatorial approach, the works are classified and grouped inside the containers. The complex museum pathway lets visitors pass through the building while witnessing both its industrial past and the artworks, entering into a relationship with them in the enclosed space of the containers. The volumetric complexity of the spaces is also perceptible from outside, with the studio opting to leave the new design exposed. The main elevation, overlooking Meclis-i Mebusan Boulevard, is primarily for public use and is characterized by the empty space created by the entrance. The floor at street level was left as open as possible so that it can connect the structure to the surrounding buildings and spaces.

EAA’s approach was based on reflecting on and reworking the ideas collected in the area of the project, in local models, and in cultural and physical resources. Several elements were therefore interpreted as a part of research aimed at defining the community oriented aspects of the project. All these elements have contributed to making the museum an original and modern center within the city’s cultural landscape. The restyling of Casa MARTINI: a modern, interactive museum

Conrotto Progetti was responsible for the restyling of Casa MARTINI, an interactive museum operated by the MARTINI brand. After over 150 years, the w...

The new TIRPITZ is a sanctuary in the sand that acts as a gentle counterbalance to the dramatic war history of the site in Blavand on the west coast o...