India is changing, while also preserving its traditional identity. Ever more frequently sustainable and energy-efficient buildings and towns with a contemporary air are taking shape amidst millennium-old temples and mud-and-straw villages. Long-sighted choices, given that climate change is putting life in these areas to the test.

An interesting example in this sense is House Under Shadows. This passive house built in Karnal, in the north of India, strikes a balance between generated and consumed energy that stands at almost nil, making it an NZEB (nearly zero-energy building). 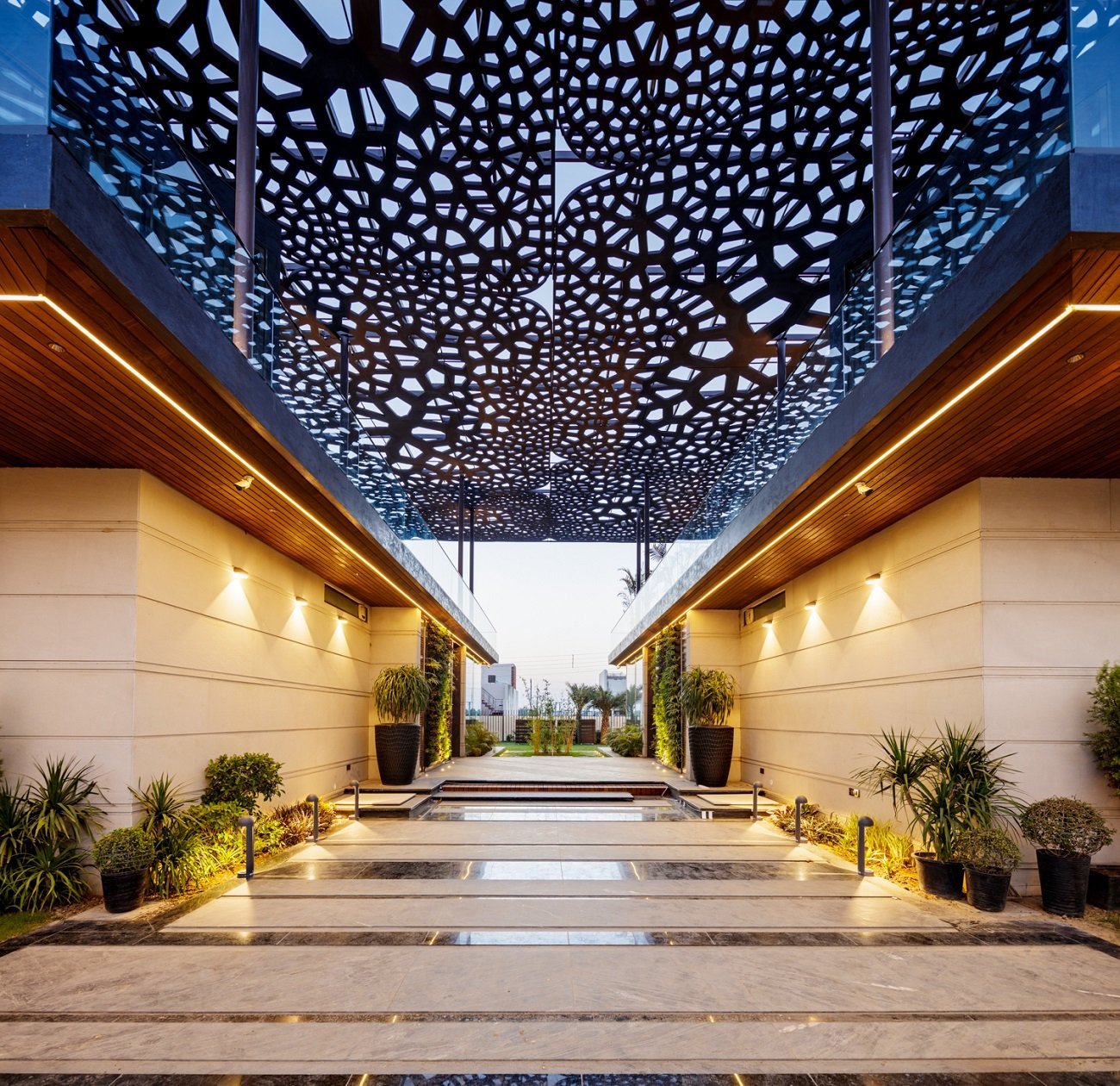 Designed by ZED Lab, a Delhi-based architecture studio, the edifice was developed with digital modelling enabling a 65% reduction in direct and indirect sunlight ‒ a genuine architectural response to the extreme weather conditions in northern India. House Under Shadows is a 1672m2 integrated two-family home redefining what is considered 'Indian modern', taking its cue from the vernacular and from elements of nature ‒ all introduced to keep energy consumption to a minimum.

The key element in the design is the classic double roof that horizontally covers the two-unit construction. Based on Voronoi tessellation, the double roof is a combination of GRC (glassfibre reinforced concrete) and FRP (fibre-reinforced polymer) with a high SRI (solar reflectance index). This also instils an interplay of light and shade that varies with the seasons. In general, the home is a reworking of the traditional havelis and chhatris of the Indian architectural palette, and therefore has an internal courtyard and connecting spaces that enable movement, natural ventilation and daylight. In addition, the architects' design includes vertical green walls to fight the urban heat-island effect, facilitating evapotranspiration and stabilising the building's micro-climate. 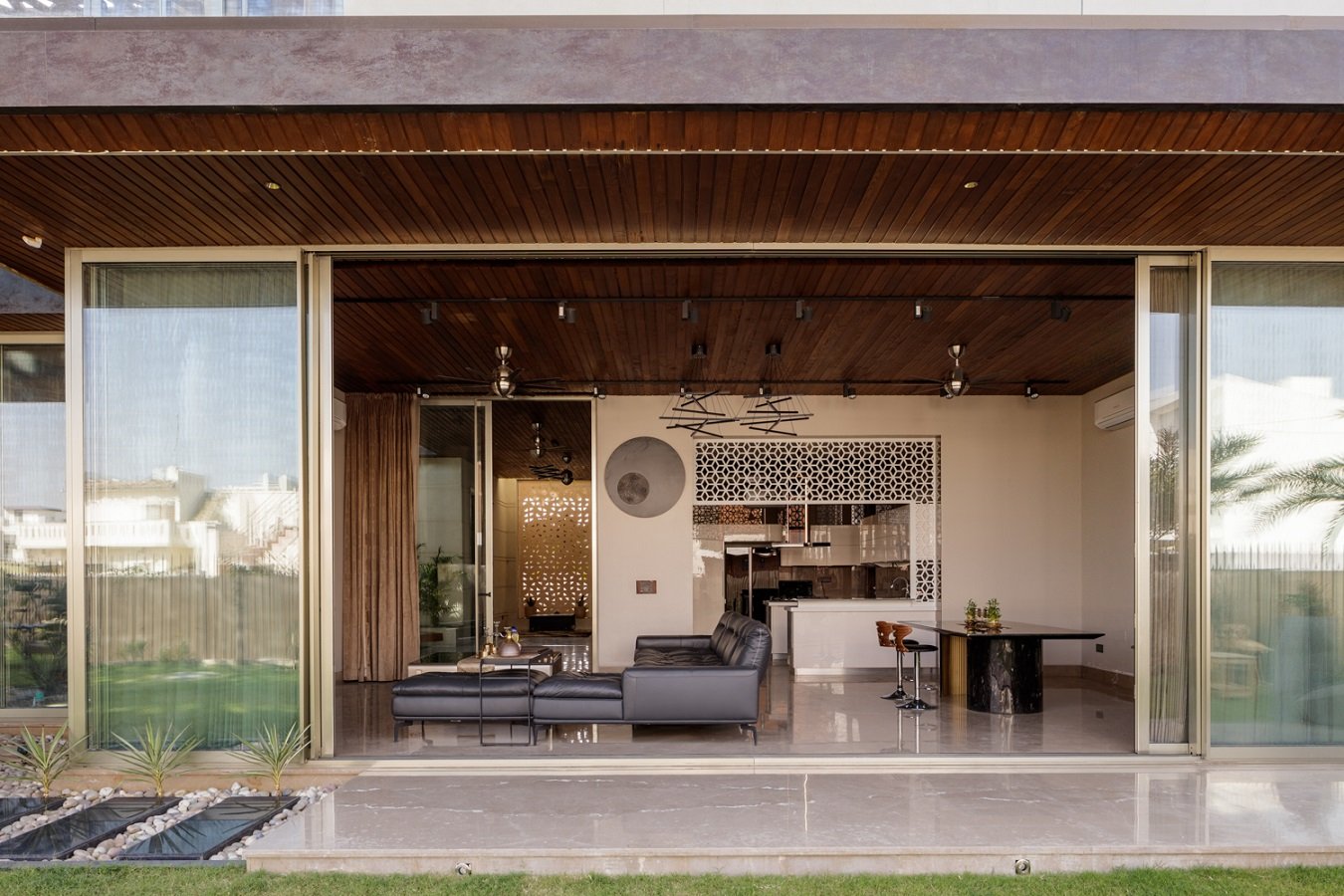 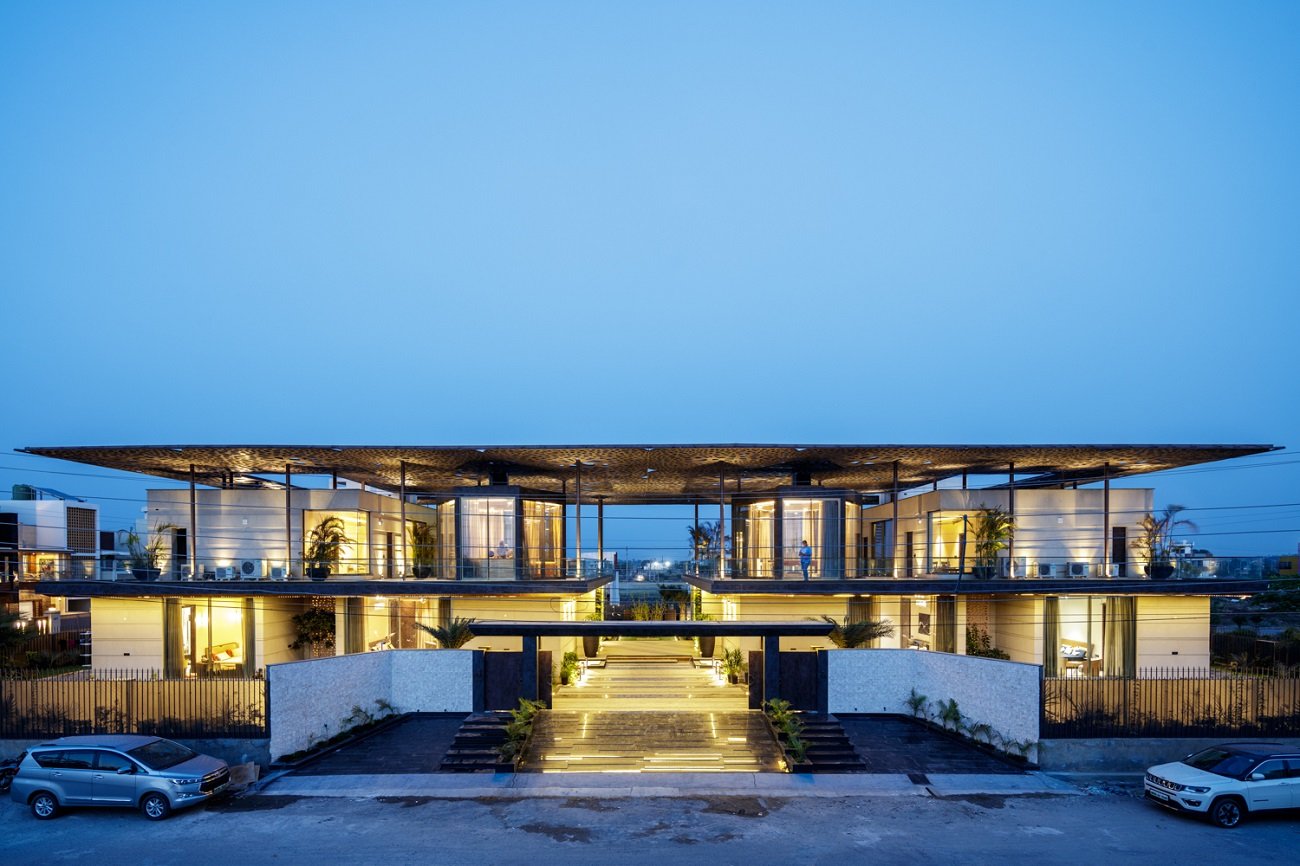 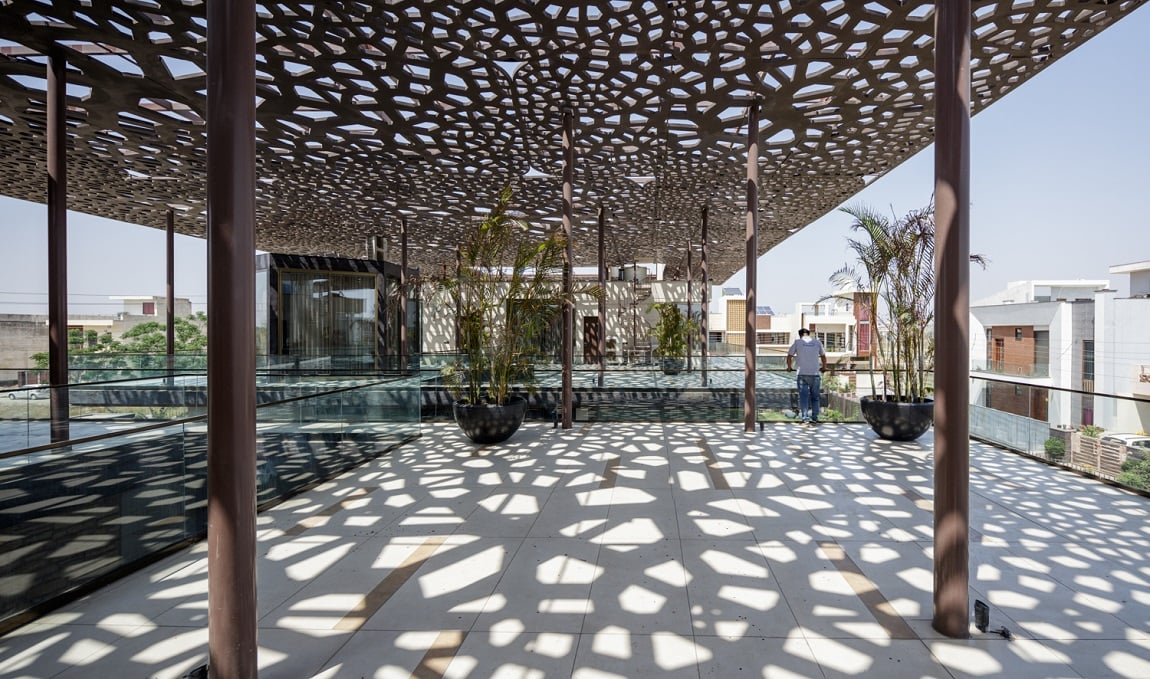 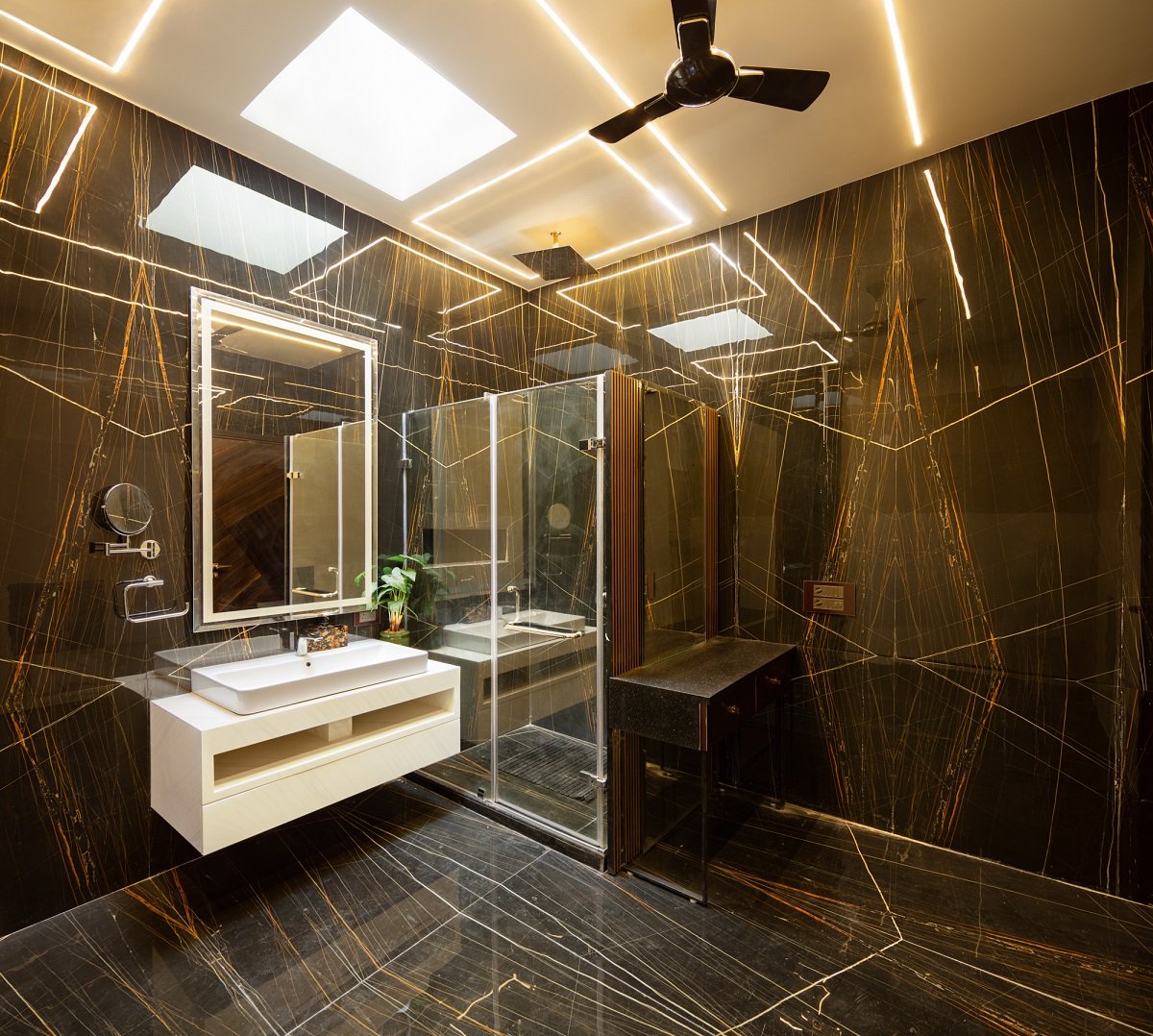